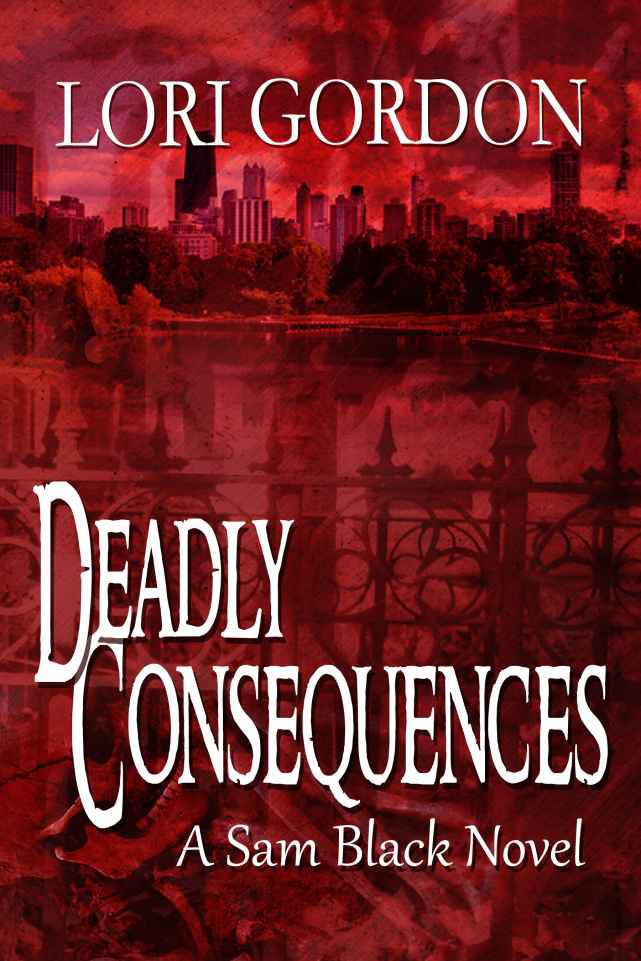 The Sam Black series of suspense novels feature the detectives of the fictional major crimes unit working out of 18th Precinct… the Gold Coast...where the rich and fabulous live...and die.

Nothing good ever happens on Saturday nights. Not in a city the size of Chicago, and not for the detectives of the 18th Precinct. Detective Sam Black and partner Alec Winters respond to a chilling call. A dead body’s been discovered near the lagoon in Lincoln Park Zoo, one of the city’s largest tourist attractions. The Superintendent of police and Mayor are screaming for a quick resolution before the media creates a frenzy.

Sharp twists and unexpected turns force the detectives to put personal animosity aside when another girl goes missing. With the suspect pool quickly eroding, Sam follows a hunch that leads her to the killer’s lair and brings her face to face with a mad man determined to make her his next victim. 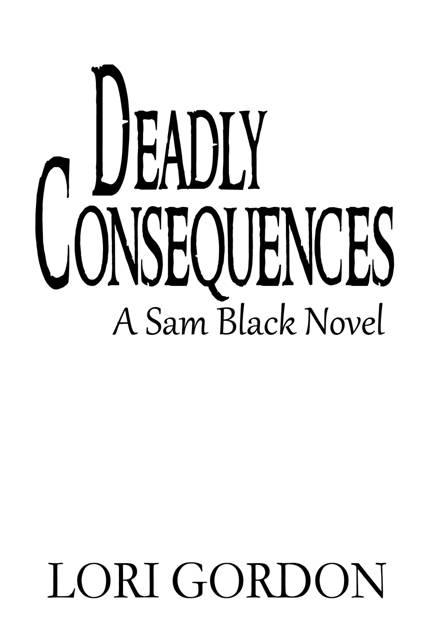 No part of this book may be used or reproduced in any manner whatsoever without written permission except in the case of brief quotations used in critical articles or reviews.

This ebook is licensed for your personal enjoyment only. Thank you for respecting the author's work.

This book is a work of fiction. The characters, incidents, and dialogue are drawn from the author’s imagination and are not to be construed as real. Any resemblance to any actual events or persons, living or dead is entirely coincidental.

Visit the author at
www.lorigordon.net

I hope you’re looking down from heaven and smiling.

feature the detectives of the fictional

where the rich and fabulous live...and die. 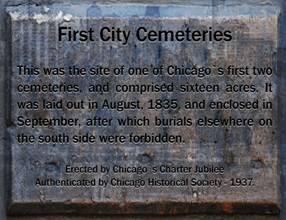 Sam dashed out from between the trees and ran across the deserted street. Streetlights flickered across the damp pavement, illuminating the road with a slick glow. The rain was coming down so hard the sewers couldn’t handle the overflow. A puddle the size of a small river stood between her and the sidewalk. Gritting her teeth, she leapt to the curb, catching her heel on the concrete slab. She stumbled forward, pain shooting across her ankle, ducking out of the way as a tree branch snapped, crashing inches from her feet.

This wasn’t the way she pictured the evening ending.

Up ahead the flashing blue and red lights of police cars shimmered in the rain. The wailing sirens and frantic lights added to her sense of urgency. She focused on them, twisting thick blonde hair into a damp knot, and quickened her pace.

Officers scattered in all directions, radio’s squawking as they sealed the area off. Sam unsnapped her evening bag, pulled out her badge, and pinned it to her rain splattered dress, slinging the delicate chain over her shoulder.

A silver haired cop waved her through, eyes lingering on her legs. This was why she hated being called to a scene on her night off. She wasn’t dressed for cop work,
and
she didn’t have her damn umbrella, not that it would have done much good. The high winds would have turned it inside out.

The weather gods must have heard her. The rain stopped as suddenly as it started. She stared down at her ruined dress and muddy shoes before glancing up at the sky. The storm was moving out over the lake, leaving the heat and humidity behind.

“Damn microburst.” Sam fanned herself and leaned against a concrete planter, digging a Hersey’s kiss out of her bag. She popped the candy in her mouth, scanning the area for her partner.

Alec Winters hopped out of a black sedan without a drop of rain on him. He stuck his head through the car window, lingering a moment, and then strolled towards her, wearing a black t-shirt, tight faded jeans and a wide grin. Sucking on the tiny chocolate, she watched as every female officer within spitting distance turned her head to look at him.

“Hey,” he crossed his arms, leaning on the planter next to her. “You got one of those kisses for me?”

“Here you go, Romeo.” She frowned, and tossed him a candy. “Ready?”

“For a dead body in Lincoln Park Zoo? Ready as I’ll ever be,” he said.

She glanced at the sky in time to catch a flash of lightning as the storm hovered over the lake. Sam shuddered, overwhelmed by a feeling of déjà vu. It was a night very much like this one when her sister, Melanie, vanished almost five years ago. Sam felt a stab of pity for the family of tonight’s victim, but at least they’d have closure, something she and her family might never have.

They flashed their badges to the uniform stationed at the gate. Sam paused, taking a minute to get her bearings. Lincoln Park was the city’s largest public park, attracting millions of visitors a year. Containing the scene, once the zoo opened in the morning, was going to be a logistical nightmare. The mayor would be breathing down their necks as soon as he caught wind of the murder — if he didn’t have a coronary first.

“Where the hell is the lagoon?” Alec asked, eyeing the tree-lined paths.

“This way I think,” Sam led the way, glancing over her shoulder. “By the way, you might want to rub the lipstick stains off your cheek.”

He rubbed his face, glancing at his hand. “Yeah, good idea. Pink isn’t really my shade.”

“Very funny.” Fallen twigs crunched beneath her feet, courtesy of the earlier storm.

Sam looked around, leading them down another path. The zoo felt different at night. Without the milling crowds and laughter of children, it possessed an almost savage quality. She pulled a flashlight from her bag, shining it ahead. The beam caught a pair of golden eyes, rousing a tiger. The angry roar sent a shiver down her spine.

“Maybe we should have brought them some food,” Alec joked, glancing at the restless animals prowling in their cages.

Realizing that the flashlight was agitating the animals, Sam lowered it. There was something unnerving about being here after midnight. Up above, a seagull screeched, the sound had a mournful quality to it, as if the bird sensed something wasn’t right.