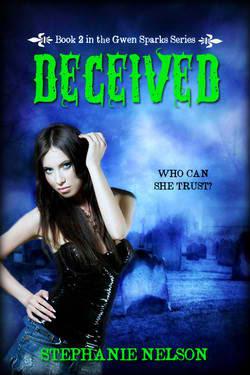 All rights reserved. No part of this book may be reproduced, scanned, or distributed in any printed or electronic form without permission from the author. Please do not participate in or encourage piracy of copyrighted materials in violation of the author’s rights. Purchase only authorized editions.

First I’d like to thank my husband for continuously supporting me. There have been many times when the house was a mess or dinner wasn’t cooked because I was parked in front of the computer. It takes a true gentleman to support his wife, instead of complaining about “what’s for dinner”.
You’re the best!

A BIG thank you goes out to my readers. You guys are truly awesome and the best part of
my job! When I’m stressed out over meeting a deadline or finishing a scene, you can lift me up by your kind words, so
thank you
!

Thank you to my family for your support and encouragement. To my sister who took the time to read my draft and share a laugh over your little sister’s sexy scenes.

Thank you to all of my friends in my writer’s group
s
who supported me either through kind words, blogging, or your helpful suggestions as to how I could improve on things. I’ve learned so much from you guys and I’m still learning every day. I seriously hit the jackpot when I joined the group!

This book is dedicated to my niece, Abbie.

Dreams are possible
i
f you’re brave enough to chase them.

“What are we doing in a graveyard?” I eyed
Kye
with uncertainty
as we wound through the headstones.

It had been a stressful week. Fiona and I received a summons to come to Moon
, the town of the witches. These sorts of towns sat all across the United States and housed mainly the otherworldly due to the fact that the humans demanded segregation. Some of the towns allowed humans within their protective borders but Moon wasn’t one of them. It was strictly witches and hidden to look like a forest to the unknowing eye.
The town wasn’t actually called Moon, its name was Latin—Per
Lucem
Lunae
—which translated to “by the light of the moon, but it was easier for everyone to just call it Moon.

The Northern American Witches Council (NAWC) was not happy to learn vampires knew they could harvest the magic in our blood. Vampires producing magic wasn’t natural or safe. As witches we answered to the NAWC for our actions. If we use our magic for negative deeds, then we had to face the council. The vampires, though, could use our magic unrestrained without any laws governing their stolen abilities. Since the vampire council wasn’t taking action, the NAWC was.

As soon as Fiona and I arrived at Moon, the council paired me with
Kye
while Fiona was free to socialize.
They were vague on why I needed to train with him
which only ticked me off. It annoyed me that I was being kept in the dark for whatever reason.
They were gearing up to strike back at the vampires, but I still didn’t know what part I was supposed to play in their plan. My situation was complicated further by the fact I
was dating a vampire. Aiden was
still
in Flora, our hometown. He wasn’t happy I left for Moon without him, but it
wasn’t safe for him to visit a town full of witches and warlocks—our two species weren’t on good terms at the moment.

“For what?” I asked, tired of
getting vague answers
. If they had plans for me, I deserved to know what they were. I wasn’t going to be a pawn in their game against the vampires.

“Anyone ever tell you that you ask too many questions?”
Kye
snipped.

“Anyone ever tell you that
you
dodge too many questions?” I retorted.

Kye
turned to look at me and grinned. He was nice looking, sort of the average boy-next-door type. Spiky brown hair framed his square face. His eyes were a rich brown that reminded me of cocoa. He stood around five-foot-eleven and had a no nonsense attitude. He rubbed his hands together like he was cold and then held them over a grave like it would warm him.

“Come here,” he said. I eyed him warily but stepped closer to the weathered tombstone. The eroded words were hard to read, but I could make out the date, 1924. Moon had its own cemetery, so the body buried be
neath my feet had to be a witch.

Kye
knelt down, and I mimicked him. This was a crappy way to spend a Friday night but complaining wouldn’t change that, so I was quiet as I waited for him to explain what he was doing.

I concentrated on our surroundings and tried to figure out exactly what I was supposed to be feeling. Crickets chirped in the distance and a slight breeze blew against my face. It was the middle of November, but Moon was magically altered to feel more like spring.

“Here,”
Kye
grabbed my hand and placed it on the ground.

The grass tickled my palm, and I
furrowed
my eyebrows, still clueless about what
I was supposed to be feeling and then
it happened.
The
ground began to vibrate.
My fingers sunk lower and lower into the moist dirt. Magic prickled along my skin. My
eyes widened
as I watched my hand
sink beneath the dirt.
When
Kye
let go of me,
I shrieked and yanked my hand away. “
Wha
—what was that? What happened?” I stammered.

My talents didn’t include an affinity for nature. I couldn’t manipulate the elements, so whatever happened wasn’t me. I held a combination of magic
, from being able to form objects out of thin air, sh
o
ot magic from my palms and the rarest ability I had was being able to read the memories of the dead. Witches all have a specific area their good
at;
it was just my luck mine lay with the deceased.
Ms.
Ozland
, a very talented spell caster from Flora,
told me I was a spirit walker, but I had a hard time
accepting that. Spirit walkers were witches or warlocks who could pass between our world and the ghostly realm—and control ghosts. Almost every spirit walker I ever heard of had either gone insane or been killed. The bad guys didn’t like when someone could speak to their victims. Lucky me!

“There’s a spirit hovering just beneath the ground. You could have connected with it, or you could have pulled it from its grave,”
Kye
explained.

My mouth hung open
in disbelief
. I’d been able to read the memories of the dead since I received my magic at sixteen, but I still refused to believe I was a full-fledged spirit walker.

“Why the hell would I want to do that?” I had a couple encounters with a girl who was murdered for her blood a few weeks ago, Bridget
Downing
, and it was scary and confusing. My plans did not include running amok in graveyards and pulling spirits from their graves, whether or not
Kye
wanted me to.

I stood up to leave, but a woman’s voice stopped me. “Gwen, you are more powerful than you realize.”

I turned around to find Holly, one of the council members, approaching. I dusted off my jeans and crossed my arms. I wasn’t interested in finding out just how powerful I was. All I wanted to do was head back to Flora and snuggle up with Aiden.

Holly smiled, “You are going to be our secret weapon.”

When the meaning of what she said dawned on me, I was speechless.
What did that even mean? I didn’t know what Holly thought I could
achieve
against the vampires, but I didn’t want any part of it
.

“I would like to decline the offer, thanks anyway,” I said
with a shaky voice
.

“I wasn’t aware I gave you an option,” Holly replied. “You
will
fight with us.”

I stared wide-eyed. The coldness of her attitude was shocking. I
had
only met her one other time, when I was sixteen, and she had given me Aura, my cat and familiar. I always wondered if Holly knew what I could do even then. Aura was able to feed me energy so I could read the dead—she made me comfortable with my rare talent. Without Aura my gift might not have developed.