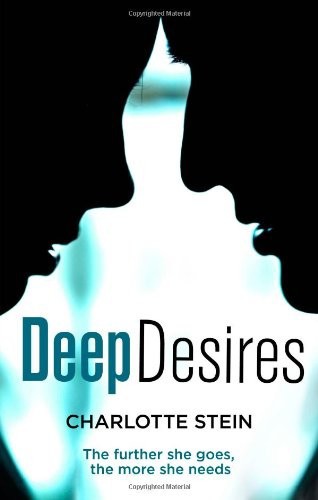 I don’t mean to keep spying on him, as he strips out of his clothes. But the thing is, I just don’t expect it. No one could expect it. I’ve seen him in hallways and around The Courtyard looking so strange and still and boxed in, in his always buttoned overcoats and his too thick glasses and that face of his, as expressionless as a glacier.

He just doesn’t look the type to have the body he does. He looks like the type to be doughy underneath, as flaccid and pale as undercooked fish, but once he’s gotten down to his queerly exciting underwear – long in the leg and somehow skintight – I’m transfixed.

I actually stop pretending I’m drawing the curtains and let myself linger on the taut planes of his body, so perfectly visible beneath that clingy material. And those thighs, God, those thighs. Where did he get those thighs from? And how do they look so good and thick and solid beneath what is, essentially, a pair of longjohns?

He should look ridiculous. He
is
ridiculous. Mrs Hoffman from 3F calls him the Serial Killer, because no one knows where he works or what he does, and Kayla from 4D swears blind she saw him opening and shutting his door three times, like something she saw once on
CSI
.

But I don’t know. I don’t know about him, and I want to know even less about their furtive gossip sessions around the pool that sits in the middle of our courtyard.

It’s sitting there right now, giving a dull blue glow to this thing I’m definitely not doing. Like a neon lamp flashing stop stop stop, before it gets as far as, say, him taking off that long-sleeved woollen top.

Which he does, while I clutch the curtain into one sweaty fist and pretend this isn’t affecting me at all. Because it definitely isn’t. It’s having no more effect on me than seeing him peel an orange did the other day.

I just looked out of my window, down onto his window across the courtyard, and there he was. Sat at a table, eating a piece of fruit. No big deal.

Only it is a big deal, because now he’s peeling something else altogether. He’s peeling himself, and after a moment I can see the solid mass of his pectoral muscles. I can see the nearly honeyed hue of his skin, pale from the pathetic weather up here in Darkly Falls, but buttery because of something uniquely
him
.

Though his skin tone isn’t the thing that draws my eye. It isn’t even the sight of the rough scratch of hair all over his chest and belly, or the thought of how many crunches he had to do before his abs hardened into that exact shape.

It’s the way he puts his thumb and forefinger to his lips, licks, and then slicks that wetness over one tight nipple.

Lord, I don’t even know what to say about that. The urge to slam the curtain shut wells up in me, bright and strong, but the questions filling my head win out. Questions like:

I can’t quite believe that they do, given the information I’ve previously been given by Sid, my last unfortunate foray into relationships –
I got no feeling there, just suck my fucking cock,
etc. – and yet there it is, right in front of me. A man, rubbing and pinching and playing with one of his own nipples. And then even more incriminating, his mouth opens slightly – as though touching himself that way feels like the best thing in the world.

I can almost
hear
him moaning, through the glass. Though, of course, that’s what makes me realise what he’s going to do.

I think I even go as far as to take a step backwards, but it’s far too little and far too late. Besides, if I move too much he’ll undoubtedly see me, even with my apartment all dark like this and his all light. He’ll make out my silhouette, or the slide of the curtains, and then I’ll always be the woman across the courtyard who watched him ease his underwear down over his heavy-boned hips, to reveal his glorious cock.

He isn’t cut for a start. A man as tidy seeming as him should be cut, but apparently his sexual self doesn’t give a shit about things like that. His sexual self is as generous as he seems mean, as lush as he is contained.

It’s quite a revelation. But not as much of a revelation as the
size
of him. I want to glance at my wrist just to make a comparison, even though that’s ridiculous. No one has a cock as thick as a wrist, and even if they did they wouldn’t be living in some godforsaken apartment block called The Courtyard, waiting for neighbours to spy on them.

He should be out there fucking someone, I think. Fucking some tight-bodied, thin-lipped girl with his thick, deliciously curved cock.

Is it such a crime that I’m picturing it right now? The girl with her legs spread wide, that big, solid thing easing in and out of her wet, willing hole. Him losing some of that strange, serial-killer control until he makes that noise for her – the one I can’t quite hear.

I don’t even know what
this
is, to be honest. I only know that my nipples have stiffened beneath the stupid Mickey Mouse printed material of my pyjama top, and, when I move even the tiniest fraction, I can feel how wet I suddenly am – wetter than I’ve been in a long, long time. Wetter than I ever was for Sid, and his constant gruelling demands that I just enjoy it, that I’d better fucking enjoy it, that if I don’t enjoy it he’s going to make me with his fists.

But then he strokes one hand over himself, long and slow, and I forget I’ve ever had any thoughts about anything at all, ever.

It just looks so
good
. The way he does it, all nice and easy as though he’s got all the time in the world and he’s absolutely not stood in front of his own window right now. In fact, I think he’s kind of
leaning
against his window, which seems even ruder somehow. He’s pushing into the glass, one hand stroking and stroking over his cock, until the flesh there is as slick as I feel.

I don’t mind admitting that the sight excites me. It makes me think of dirty things, like maybe he got some lube before he started, and is now spreading it all over himself. Or possibly he licked his palm when I wasn’t looking, and all that slipperiness is his spit, getting worked and worked into his stiff cock.

Though neither of these ideas is as hot as the one that occurs a moment later: that maybe it’s his own lubrication. He’s so turned on that he’s leaking thin streamers of pre-come, and, if I was just a little closer, I’d be able to see it clearly.

I want to be closer. I want to take that cock in my mouth, and suck until he’s even slicker. I want him to moan for me the way I know he’s moaning now – head back, mouth open, body vibrating with the kind of pleasure I’ve never experienced.

His hand tightens on his cock to the point where I’m sure it should hurt, but the roll of his hips says otherwise. He’s practically fucking his fist now, lips moving around words I long to hear. Are they dirty, those words? Is he saying a stream of hot things to himself, to urge his orgasm on?

I like to think so, but it’s hard to tell, when it’s someone like him. I can’t imagine him saying stuff like
yeah, suck me off, baby
, but then again I could never have imagined him doing what he’s doing.

Fucking himself, where anyone could see. I mean, it’s three o’clock in the morning, but that doesn’t mean anything. The drunk girl from 9G often stumbles home around this time, and I bet she’d have to walk right past his window to get to the entrance. Even if she’d have to stand on tiptoe to see in, it’s still too exposed.

Unless maybe he
wants
to be exposed, to her. Maybe she stumbles through the courtyard and then right into his apartment, to do all the things I’d never dare to: suck him and fuck him and let him come all over her, God, I want him to come all over her.

He’s going to do it now, I can tell. His hips are jerking and he’s biting his lip and the head of his cock looks so red and swollen, as though he’s just about to burst. Go on, I think, go on, as he rubs himself faster and faster, thumb sliding over the slick tip on every upstroke, body shuddering and shuddering.

I can almost
taste
his climax, can almost see it arcing from the head of his swollen cock, but it seems as though it’s never going to come. He can’t get at it, in a way that makes me just ache for him. My entire body feels strung taut and raw, but it gives this one extra pulse for him. This little shiver of something that gets me closer to the glass, that makes me dare to drop my bunched hand one inch closer to my breast.

It must be as bad for him as it is for me. My nipples just feel so stiff, so tense with pleasure that I’m not willing to spill, and between my legs there’s that same sensation magnified a thousand times.

Liquid is soaking into my little sleep shorts. My sex swells against the material, tight and aching for release, but I can’t, I can’t. I’m in darkness, but I still can’t.

It’s too much. I have to be satisfied with watching and imagining a million dirty things – like him finally spurting all over my spread cunt – and even those are too much. They make me a pervert, a person who could rightly be called a voyeur, though I confess I didn’t really know what being a voyeur meant, until now.

It’s like I’m inside his skin, as his cock leaps and his entire body ripples, that firm hand of his slowing a little on his cock as the first thick pulse of come eases out over his fist.

The second is stronger and he seems to go rigid when it hits – as though the pleasure’s too much. And then the third spasm hits and it
is
too much, it’s definitely too much, because he puts his free hand to his mouth and bites down so hard I feel an answering pang of pleasure go through me.

It’s so intense that for a moment I’m sure I’ve climaxed too. I’m absolutely drenched down there, and all of these little aftershocks are jolting through me – though, when he finally moves away from the window, I know I haven’t gone over.

Midnight Vengeance by Lisa Marie Rice
Gather the Sentient by Amalie Jahn
Refugee: Force Heretic II by Sean Williams
Charly's Epic Fiascos by Kelli London
Darling Jenny by Janet Dailey
The Dictionary of Dreams by Gustavus Hindman Miller
Stop at Nothing by Kate SeRine
Topaz Dreams by Marilyn Campbell
Romeo and Juliet by William Shakespeare
Black Ops: The Rise of Special Forces in the C.I.A., the S.A.S., and Mossad by Tony Geraghty
Our partner