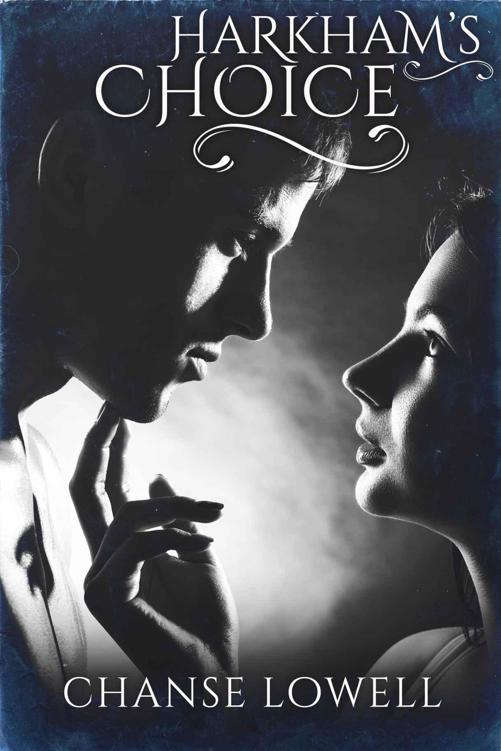 This work is copyrighted. All rights are reserved. Apart from any use as permitted under the Copyright Act 1968, no part may be reproduced, copied, scanned, stored in a retrieval system, recorded or transmitted, in any form or by any means, without prior written permission of the author.

This book is licensed for your personal enjoyment only. This eBook may not be re-sold or given away to other people. If you would like to share this book with others, purchase an additional copy for each recipient. If you are reading this book and you did not purchase it or it was not purchased for your use only, then please purchase your own copy. Thank you for respecting the hard work of this author.

A smile flashed across Mari’s face while she rinsed the shampoo out of her hair. Her heart swelled, and she chuckled to herself as she considered how much happier she was now. How in God’s name had her life changed so much in two short months?

It was like a whirlwind swept her away, taking her from her nightmare and plopping her straight down into a dream.

Adam
. Her boyfriend. It was all him.

Water ran down her face and into her mouth as she savored her shower, but she kept grinning like a dork anyway.

He did that to her. Nothing much seemed to bother her a whole lot anymore. He simply made everything better.

Just a week ago, in the spur of the moment, he’d insisted they get married and drove them straight from school, taking them halfway from Phoenix to Las Vegas before coming to his senses, turning around and heading back home.

Her ring finger almost twitched with the memory of it—almost taunting her and making her heart rate pick up.

Good God, how she adored him.

“Ahhhh.” She released a loud sigh. It was girlie and dorky, but she had to.

There were times like now as she bathed alone that part of her wished she had kept her mouth closed and not objected that day so she could have him in here with her.

That one time they showered together a few weeks ago had been so wonderful.

He received his first blow job, and she received her first real, hard-hitting moment of being utterly consumed by him and all that he was. In the process, she discovered she honestly couldn’t live without him.

How could she? Nothing was the same ever since he entered her life. There was no going back to either of her divorced, frustrating parents—both an absolute mess all on their own, and even worse when expected to care for her, their daughter.

She fought off nasty memories of them and hummed instead. That was what Adam did to fight the numbers. She smiled again.

What would Adam do if she let him in this shower at this very instant? Beg for her mouth on him? Beg to pleasure her? He was so unpredictable at times, and she loved that about him.

There were other times, though, that she knew exactly what he was going to say . . .

The water continued to invade her mouth because she couldn’t seem to stop smiling so wide that her lips had to stay parted.

Damn. He was such an amazing man. There was no one like him.

She shook her head, trying to rid herself of errant thoughts about stepping out of this shower, going and finding him, then dragging him in here with her.

So many times, she wanted to say fuck it. She was eighteen and Adam was twenty-one, but still . . . She cared about what Dustin Latham, her future father-in-law, thought about her.

She lathered her hair for the second time, sighed for the tenth time and kept smiling. What surprises would she run into today with Adam?

She finished her shower, stepped out and dried off.

“Jesus,” she groaned, glancing at the paper on the counter. That fucking thing was calling to her.

She couldn’t help herself—she had to read his note from yesterday one more time. The one he’d left on her pillow as a surprise and she’d found after her morning shower.

It was shameless, but she’d been carrying it around with her in her pocket all day so she could see it whenever she felt the urge.

I really don’t like to wake up to an empty pillow beside me. Why must you torture me so?

Why aren’t we married already? This is not cool.

My little heart can’t take it, not to mention my sore spot. I wake up aching for you, and only you know how to touch me right to make my morning wood feel as pleasant as possible before I can chop down this tree. Okay, well, I wouldn’t actually do that. Chopping would hurt real bad, but I will stroke it until it’s flaccid—but you knew what I meant. I was trying to impress you and sound smarter than usual, but I think I failed. Man . . . See what happens when I wake up to no Mari in my bed?

But back to the morning wood. You’re very smart like that—knowing what I need. Please, wake me up before you leave on the nights you sneak into my room and sleep with me. It’s the least you can do since I gave you three very beautiful orgasms last night with my skilled fingers, and I didn’t even tell anyone at all how happy that made me to do that for you and to watch you climax in my bed.

I know I beg and plead and pull you back into the bed when you try to get up so I can have more snuggles, but it’s really rather rude to abandon me so cruelly. Just a word and a kiss, sweetheart? Please?

If you do not comply, I will be forced to lie in wait behind the shower curtain and sabotage your abandoning plans in there. Don’t make me set my alarm on my phone, ‘cause I’ll do it, you know.

Tomorrow I expect a grope too on my crotch when you wake me up, to make up for your flagrant disregard of my absolute need for more Marissa Cole in the morning. I need my cuddle time and my girl all to myself before others take you away from me.

You need breakfast. I need morning loves. Let’s make the mornings better with more skin, okay? Better for everyone.

And no one has to know. Promise—I won’t say a word about it to anyone. I won’t even show them the books or articles that taught me how to make you come so hard on my fingers, even if they were exactly right and very enlightening.

Let’s at least do this until I can steal you away for another Vegas roadtrip. One that will be completed next time.

Good Lord, but he was the most adorable man alive.

She set it aside and went back to her morning routine.

Reading his note this last time would be enough to keep her in this delirious state of happiness.

Well, that note and memories of what took place less than an hour ago . . .

Really early this morning—way before his dad would be awake—she woke him as he requested, gave him a quick hand job, then when he fell back asleep, she crept out of his bed and hopped into the shower in her own bathroom. The one she shared with his sister, Samara. A Jack and Jill bathroom was less than fun when she knew it meant more ways for Adam to figure out how to break in. And that man was genius at doing that type of thing.

She wiped down the entire bathroom and removed all traces of herself, including her note she kept fixating on. Samara would never even know she was sharing a bathroom with another teenage girl.

Or at least that was always Mari’s goal since Samara hated her so much.

It was best to stay out of that tiny, dark-haired, judgmental girl’s way. Mari could only take so much before she might snap and hit her for being such a controlling, psycho little mother-hen to Adam most of the time.

His dad was getting better at least, now that Dr. Harkham was backing Mari and telling him that she had done wonders for Adam and his issues. Dustin was nearing a neutral attitude toward her, so she couldn’t complain. He didn’t avoid her, but he didn’t seek her out or talk to her a whole lot either. It was as if he was neither upset nor glad she was here. At times, it felt like he accepted it the way a man on death row might swallow his fate and stop contesting it.

A lump formed in her throat and in her gut. She swallowed, trying to dislodge the one higher up, but it did nothing for her. Thinking of Adam’s dad and sister always made her tense up and feel like her insides were twisting into pretzels.

It always made her feel guilty to know his dad probably felt stuck as her ward, and because of it, she would redouble her efforts to cook and help out more around the house, to earn her keep and stay on his good side.

She finished getting ready, then opened the door of her tidied-up room that led out into the hallway. Adam was probably downstairs eating breakfast already. She took a backward step as she scanned the room to make sure she hadn’t forgotten anything.

“Mmmnnnhh.” A grunt came from the ground as her foot knocked into something solid.

She turned at the hips but kept her feet stationary.

He was lying on the ground, asleep in nothing but his pajama pants.

She looked around to make sure nobody else in the family was seeing this.

What the hell was going on?

She crouched down and jostled him, but he didn’t wake.

Her next tactic was to grab his arms and drag him into her room.

He was heavy, but it was easier than she thought.

She toed the door shut, slumped down to the ground, sat cross-legged and massaged his back while kissing his temple to rouse him.

He stretched, then grabbed blindly for her.

She lay down next to him and spooned. “Why were you asleep in the hallway outside my door?” she asked, stroking the back of his neck.

Goose bumps erupted on him, making her smile and blow in that same spot to keep them there.

“You said not to break into your room anymore—especially when you’re showering. I got tired of waiting, so I closed my eyes. I didn’t like being out there. I needed to touch you.” He reached back, grabbed her hand and wound her arm around him as he settled her hand in his. He placed it on his chest and snuggled into the ground like it was a comfortable place to be.

“I was with you all night, cuddling as we slept.”