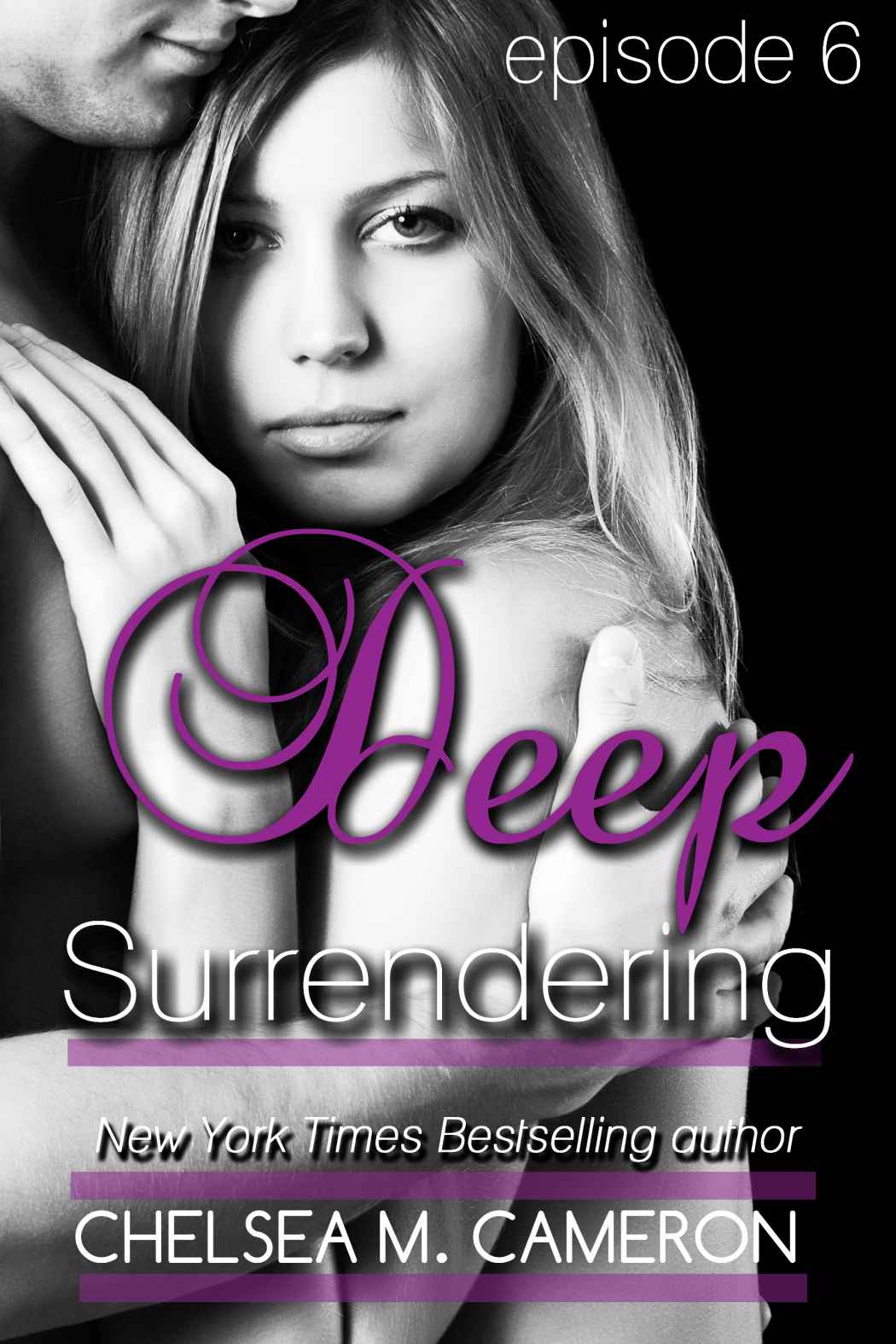 This is a work of fiction. Names, characters, places and incidents are either the product of the author’s imagination or are use fictitiously. Any resemblance to actual persons, living or dead, events, business establishments or locales is entirely coincidental.

No part of this book may be reproduced, scanned or distributed in any printed or electronic form without permission. All rights reserved.

“No, wait!” I yelled before Fin cut the video feed and ended things. “You are
not
going to do this to me again. You do
not
get to run this time. I will get on a fucking plane and hunt you down. We’re going to talk. Whether it’s now on the computer or later when I chain you to your hotel bed. You get to pick. The easy way, or the hard way.”

His eyes never left my face as I talked. I expected him to cut the feed anyway, but he didn’t. I was pretty proud of myself.

“So, what’s it going to be, Fin Herald?” I asked, crossing my arms. Both to show that I was serious, and also to hide my shaking hands.

I couldn’t go through this again. I wouldn’t sit back and let him push me away. Yes, he was scared. I was scared too, but I wasn’t willing to give up. I was invested.

Fin glared at me for what seemed like hours. And then he started laughing.

I was too stunned to say anything as I watched him throw his head back. I’d never seen him laugh this hard.

But
why
was he laughing? Had a chip fried in his brain? Nothing I said was worthy of even a chuckle.

Finally, he seemed to get himself under control. He wiped his eyes and grinned at me.

“You know, part of me wants to pick the hard way just to see if you’ll do it.”

My eyes narrowed. “This isn’t funny, Fin. Not at all.”

“No, it’s not. But I…” He trailed off, as if he couldn’t find the right words. “I’ve never had anyone say something like that to me. I never thought I wanted it. I never sought out love, Marisol. Tried everything I could to keep it away from me. And then there was you.” He sighed and I waited for him to speak again.

“I want to push you away. Everything in my head is telling me to shut this computer, end the chat, and never contact you again. But I can’t. I should. But I don’t want to. I’d miss you.”

I exhaled a shaky breath. “I’d miss you,” I said. “A lot. And I was serious about the plane ticket. It would probably drain my savings and put me in credit card debt, but I’m not ready to let you go.”

He shook his head. “I wouldn’t let that happen to you. I might not have much, but money is one thing I have in abundance.”

Ugh, I didn’t want his money. Sure, I didn’t mind him paying for dinner or the occasional piece of clothing, but an overseas plane ticket was a bit much.

“I know you would have.”

Silence stretched between us and I wasn’t sure what else to say.

“I don’t like it when you run. You have to stop doing that. It’s not a way to solve your problems. They follow you.”

“I know. But I’ve been running my whole life. It’s all I know how to do. I’m sorry.” He rubbed his head, messing up his already messy hair.

“Just stop. Stand still for a moment. Breathe slowly, in and out. You’re fine. We’re fine. Nothing bad is going to happen.” It was an old technique I’d learned for anxiety. I’d tried it on my mother but it hadn’t worked. Still, the information turned out to be useful.

“I wish you didn’t always have to be the one saving me. It makes me feel like a burden,” he said, breathing slowly as I told him to.

“I promise you’re not a burden. You’re just…” I couldn’t put it into words exactly. “I feel like you need me. And I like that. And someday I’m going to need you, and you’ll be there for me. I have faith in you, Fin Herald.”

I wasn’t going to argue with him. At least not right now. We’d had enough tension tonight.

“I should probably let you go. You’re busy,” I said. What an anti-climactic end to our conversation. I gave him what I hoped was a reassuring smile.

“I don’t have to go. We can still talk. If you want.” There was a strange sound, and he looked away from the screen at something. It took me a second to figure out it was his phone.

He nodded, his hair flopping around. “Yes, I think I’m going to be okay. I’ll talk to you tomorrow, okay?”

“Okay. And congratulations. Again. I’m really happy for you.”

“Bye,” I said, and this time when the video closed, I knew I was going to see him again. He wasn’t going to leave me this time.

“S
o what do you think? Marisol?” My eyes snapped to attention. Someone was asking my opinion on something.

“Oh, um, perfect. Good,” I said, rubbing my eyes. I stayed up late thinking after I talked to Fin, and I wasn’t exactly firing on all cylinders at the moment. I was meeting with my group for our project, and they were actually coming up with some good ideas. I’d been blessed to not get stuck with a bunch of slackers.

“You okay?” Beth, one of my group mates was looking at me strangely.

“Yeah, just tired.” I tore my brain away from thinking about Fin and put it back to the task at hand. Our group talked for a bit longer, and we made a list of tasks and decided to check in with each other in two days via email for updates. I had a lot of work ahead of me that was going to require lots of searching, both in the library and on the internet, and it was just what I needed.

After getting my list together, I went to check out a few of the volumes I was going to need. I could sit here in the library, but I wanted to go somewhere I felt more comfortable.

It wasn’t fun carrying a huge stack of books to Fin’s. I thought for a second about calling Carl to come be my knight in shining armor but decided against it. I wasn’t helpless. I was an independent woman. I could carry some damn books.

I dropped said books when I went to unlock Fin’s door. I cursed and then had to gather them up again before taking them to the den, plunking them down on a table, and flopping onto the couch.

It was Sunday night, and I should have been doing something exciting. Instead, I was going to spend my time with my nose buried in books, drinking too much coffee. The life of a student.

I sighed and went to the kitchen where I found a vase of lilacs on the counter. They were so fresh they still had dew on them. I didn’t need three guesses to know who they were from. I leaned forward and inhaled. There was almost nothing better than the scent of lilacs. I grabbed the vase and brought it into the den, setting it next to the books.

I pulled out my phone and sent Fin a thank you text before going back to the kitchen and putting something together for dinner.

Signs of Love by Kimberly Rae Jordan
The Lost Sisterhood by Anne Fortier
Sundowner Ubunta by Anthony Bidulka
Damned if I Don't (The Harker Trilogy Book 2) by Hayes, Erin
Clinical Handbook of Mindfulness by Fabrizio Didonna, Jon Kabat-Zinn
Sapphire by Suzanne, Ashley
In the Path of Falling Objects by Smith, Andrew
O Primo Basílio by Eça de Queirós
Forest Whispers by Kaitlyn O'Connor
Anthills of the Savannah by Chinua Achebe
Our partner