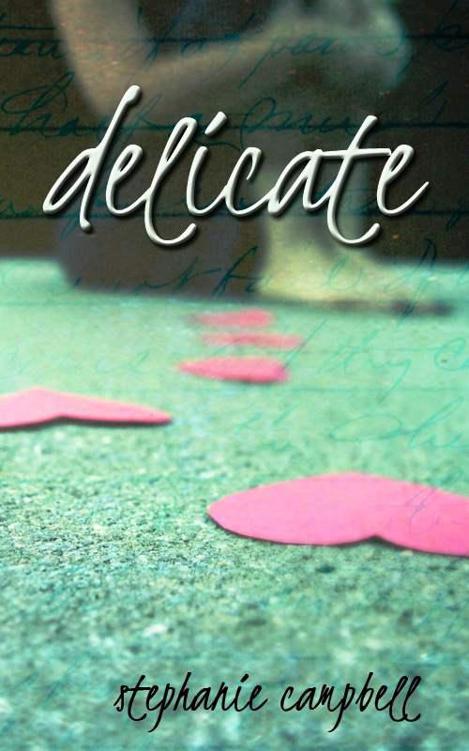 For Monica, for forcing me to read ‘that book’

all those years ago. It got me not only reading again—

it got me writing.

(And for introducing me to Damien.)

Jeff, the tech who has been setting equipment up in my house all day looks at me with exasperated eyes.

“Sorry, I’ve just never done anything like this before,” I say.

He lets out a long sigh, signaling that he likely thinks I’m the stupidest person alive.“The camera is here,” he says, pointing to the small camera mounted to the wall of the makeshift “confessional booth.” The room is actually just our small sc
reened-
in porch. The walls have been filled in, and the porch swings replaced with a large, comfortable chair. My trophies and medals are decoratively arranged behind the chair. Gold ones up front, of course.

“So, looking
there
would probably be a good idea,” he finishes.

“Right.” I nod. I’m trying to be polite, but Jeff here is making it awfully difficult.

“So, here’s what we
’
re going to need from you. At least once a day, you’re going to have to set aside some time to come in here and talk for about thirty minutes. Just sit down and press this button
.
”
H
e points to a small black remote. “Tell us what you did at gym, tell us about school. If you took a test, we want to know. If you got asked out on a date, we want to know.”

“I have a boyfriend already,” I interrupt. “I mean, I won’t be going out on a lot of dates.”

“Boyfriend?” He flips through the small stack of pages on his clipboard. “That’s not listed anywhere in here.”

For a reason, Sydney.
Crap.

“I see. Well, Ms. Pierce, you signed away your right to privacy when you signed your contract.
Yo
u
’re
the one that applied to be a part of this documentary. Anything that we film is ours to use.”

It’s my turn to sigh.

I’m the last person cut out for something like this. But when my best friend, Quinn showed me the flyer for the documentary on young Olympic hopefuls, it was too good an opportunity to pass up. Elite gymnastics is pricey, and though my dad makes decent money, I just don’t think that every cent he earns needs to go to coaching and traveling.  Sure, I could have taken the prize money I won at competitions, but doing that would have made me ineligible to compete in college. Everyone knows that this elite level career has an expiration date. Signing away my life for a couple of months sucks, but I know it will take some stress away from my dad, and after the last couple of years we’ve had- I’m willing to sacrifice a little privacy for him.

“The boyfriend is fair game. We want to hear everything. You may be young, but this romance stuff sells.”

No way Trevor will go for being a part of this. He’d already blown up at me when I told him I applied in the first place.  Things were only smoothed over because the odds of my being picked were so slim. I don’t exactly lead a normal teenage life. There aren’t any parties, or wild nights out with friends. I go to gym twice a day— at five in the morning until I go to school. And then directly from school until six or seven in the evening. I come home, do my homework and crash.

But now,
now
there are cameramen in my house doing test shots. They’ll be showing up at school. They’ll be at
the
gym with me this week. Yeah, now it’s looking more real.
Ugh.
I wonder if it’s too late to back out.

“Your school has only granted permission for us to film there two hours a week, so we’re really limited on that stuff. You’ll definitely have to fill in some blanks. We all
know that gymnastics
takes up
the majority of your time—but it’s not everything. Just think of this like writing in your diary.”

He rolls his eyes and wipes the sweat from his brow with the back of his hand.

“Look kid, pretend. Give us something good. Keep people watching.”

There isn’t a more boring person alive. Quinn would have been perfect for this. She’s witty. Sarcastic.
Fun
. That would be entertainment.

“So, let’s give it a shot. When you come in, just press this button, have a seat and talk about whatever comes to mind. Fake it, I don’t care. Make it good, though.”

Like when some stranger wants to talk about how Mom died, and asks if it bothers me.

Like when I’m standing in the bronze medal place, and a reporter asks how I feel about the gold medal winner.

Like when Dad asks if he’s doing a good job on his own. If he’s keeping things running like when Mom was here.

Like when Trevor holds my hand a little too hard when other guys are around. And I don’t say anything. Because that’d be admitting that I felt like something was wrong.

I readjust my hands on the uneven bar, gripping it tighter under my chalk
-
covered palms, knowing that I only have letting go left in the routine.

“Hurry up, Sydney,” my coach, Sam, booms from below.

I swing my body up over the high bar, completing another full Giant Swing.“Sydney, one more Giant and I will pull you down from the bar myself. Dis.
Mount.” Sam clips his last words and I know that he means business.

I know everyone has their hang-ups. Mine just happens to be more of a nemesis. It’s called an Arabian Double Front, and lucky me, it’s the skill that
we’re
working on in gym this morning. I hate it. Not the way that I hate soggy French fries, humidity, or the way I look in green. I mean, I
really
despise it. It’s not that it’s the most difficult skill by any means, but that doesn’t stop me from nearly hyperventilating every time I do it. It’s not a fear of heights, or the flipping multiple times, or even being afraid of getting hurt. I’m an elite gymnast, I’ve been training for years, I’m used to those things. No, for me, it’s deeper than that. It’s the anxiety that comes with letting go of the bar and landing blindly. It’s the crippling feeling I have when I think about purposely giving up control, and not being able to see where I’m going to land when it’s all over.

I hold my breath and fling my body away from the bar, tucking my legs as I flip. I spot the ground and lock my eyes on the blue mat, waiting for my feet to meet it.

Instead, my heels slip as they slam into the mat, and I lose my footing. I stumble backward. One step, two, until I fall flat onto my back.

“That’s gonna leave a bruise,” Sam says, shaking his head as he walks away from me.

I pull the grips off of my hands and shove them into my duffel.

Oh yeah, except the camera guy in my face.

“That was perfect,” he says with a giddy smile.

It isn’t even eight o’clock in the morning, and already the Georgia heat and humidity have plastered my hair to my face in frizzy waves.
Perfect.

I pull my backpack off and rummage through the loose pencils, hoping for a ponytail holder to save me. No such luck. I smell his heavy cologne before I even see him. Trevor, my boyfriend of just over a year
,
appears behind me.

“Morning, beautiful,” he says. I stand on my tip-toes and give him a quick kiss. “How was gym?”