"Ahh Hawk, there you are. I wondered where you were." Hawk blinked in surprise as Isolde turned a cheerful smile his way. "I hoped you would get my message, I see you got to Dera okay."

Hawk turned and looked between Isolde and Isobel who was also smiling kindly at him and cleared his throat nervously.

Isolde let out a peal of laughter and he winced again. "Relax Hawk," she said amusedly, both Isobel and I are aware you've spent the night with Dera and we're fine about it. She's a grown woman and she makes her own decisions about who she sleeps with."

Hawk breathed a sigh of relief. "So I'm not about to lose my head then?" he asked cautiously.

"Certainly not, and you have your powers back now as well." Isolde waved her hand muttering a spell and Hawk felt the empty space he'd had inside him for the last couple of days fill up again with the essence he'd missed so much. He sat down with a groan of relief.

"Isolde what's been happening, why did you send me here to Dera?"

Isolde waited whilst Dera handed out the tea and had sat down herself before she continued.

"I'm sorry I tricked you Hawk, but in truth it was necessary at the time. Geraint and I had no idea if there was a traitor in the Council and I had to deal with you harshly for whoever it was to realize we meant business. We had to know who was using the gate without our knowledge and for what purpose. We were so worried there was civil unrest."

"As it happens it was all a false alarm, we discovered who had been using the gate without our knowledge, it was Councilor Bryce Dean. Apparently he's fallen in love with a mortal woman and has been secretly visiting her. For some reason he didn't think Geraint and I would approve of their relationship which seems strange as we have three half mortal granddaughters. But after he saw me deal so harshly with you he came to us and confessed about what he'd been doing."

"You should have let me in on the plan Isolde, I thought I was going to lose my head at one point. And why did you really take my powers if it was only a cover?"

"To teach you a lesson Hawk," she replied briskly. "Most of what I said in Aberlone is true, you do flout our laws for your own ends and you are arrogant at times, I wanted you to see what it's like to manage without your gift. I hope you learned the lesson well." She smiled as she took his hand, "I also wanted you to meet my granddaughter Dera on a more equal footing. I had an idea you'd be a perfect match for each other and looking at her blush it seems I'm right."

"Grandmother are you telling us you set Hawk and myself up?" Dera was indignant as she realized what her grandmother was saying. Isolde waved an imperious hand, "I was right, wasn't I?"

"That's hardly the point Isolde," hissed Hawk, he was furious at being set up by the imperious Isolde. Had Geraint been in on the plan as well he wondered.

Isobel's gentle voice interrupted what was fast becoming a very tense atmosphere. She took both Dera's and Hawk's hand in hers and looked at them sternly.

"Let's forget about whether my mother has manipulated you or not, though we will be having a discussion on that later, Mother," she raised a stern gaze to Isolde who quickly turned away. Good; thought Hawk with satisfaction, that's made Isolde think. It was rare the gentle Isobel ever put her foot down but when she did; it looked as though even her mother took notice. Hawk filed the snippet of information away in his mind for later contemplation.

Isobel continued, "What's important is how you feel about each other. Dera, I lost the love of my life when your father died, and I'd give nearly anything to have him back. Hawk," She squeezed his hand, "don't throw away the possibility of loving Dera because you think Isolde has manipulated you. My mother is imperious and bossy but she loves my three daughters very much. I'd take it as a compliment if I were you that she thinks your good enough for Dera."

Hawk looked over at Dera and smiled, Isobel was right; he'd found his soul mate and there was no way on this earth or Aberlone he was going to throw away the opportunity of making Dera his and judging by the expression on her face he could take a good guess she felt the same way.

Isobel stood. "Okay Mother let's leave these two to themselves and take a walk in the garden; I think they have a lot to discuss. And on the subject of discussion I think we need to have a talk ourselves. I've asked you countless times not to interfere in the girl's lives, they are quite capable of finding their own husbands."

"It worked didn't it?" Isolde retorted.

Hawk and Dera smiled at each other as the voices faded away.

"I hadn't realized Isobel could stand up to your grandmother so well," he murmured as he drew nearer to where she sat. "We don't see much of her in Aberlone, she tends to keep herself in seclusion in her rooms at the palace."

"She's never got over the death of my father," Dera explained. "She's mourned him since he died 10 years ago in a car accident. Because he was mortal she was prepared to lose him to old age, so for him to be taken as he was at such a young age destroyed her. She seems different somehow now though, hopefully she's preparing to enter the world again. We've missed the person our mother was so much."

Hawk took her hand and drew her to her feet, she nestled close to his chest looking up into his incredibly handsome face, feeling desire for him grow.

"I can't believe we've only known each other twenty four hours," he said as he took a strand of her hair in his hands. "I feel as though I've known you all my life."

"Same here," she whispered. "I've never felt like this about anyone before. Are you sure you haven't cast a glamor spell on me?"

"I didn't have my power's remember, are you sure you didn't cast one on me?"

"I can't do glamor spells." She watched mesmerized as his lips inched closer to hers. "My gift is healing remember?"

"Oh yeah," he managed before he plundered her lips.

Dera smiled as she watched her sister Eira dancing. Out of the three sisters she was the one who had a very special gift with the elements. When she danced it was mesmerizing. Slowly the other dancers left the floor so they could watch her commune with nature.

She felt a hand slip round her waist and smiled up at her new husband as he drew her close and drop a kiss on her lips.

"You're all very close."

Dera looked around the glade where they were holding their wedding and smiled in contentment. Her mother was present looking happier than she had done for a long time. Hopefully she was now looking more towards a future without the hopelessness she'd felt for so long.

Gwenna was walking about, absorbed in snapping photos continuously. Dera smiled at Hawk; "She won't be able to display most of those."

Hawk laughed; "I guess we'll just have to keep them in the wedding album then."

They'd held their wedding in the Spring in a small wooded glade near the gate so the Fae could come and go more or less as they pleased. Many of the restrictions had been lifted since the false alarm. Geraint and Isolde still wanted activity monitored but at least the Fae were able to come and go a lot more easily. Hopefully their renewed presence in the world would have a positive effect on mankind.

Hawk had decided to stay with Dera in the Earth Realm and help her with her business; he didn't know much about herbs and potions but he guessed he would soon learn. He loved Aberlone but he wanted to be where his heart was and Dera had that and always would. Besides whenever he became homesick he could always go visit. The added bonus was he was a long way away from Isolde; she still made him nervous!

"We're going to have a wonderful life," he whispered as he took her lips in a deep drugging kiss.

Dera could only nod as she melted into his arms. 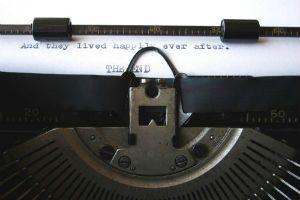 Strongly influenced by authors like James Patterson, Dick Francis, and Nora Roberts, Kathrine Emrick is an up and coming talent in the writing world. She is a new Kindle author/publisher and brings a variety of experiences and observations to her writing.

Based in Australia, Kathrine has wanted to be an author for the majority of her life and can always be found jotting down daily notes in a journal. Like many authors, she loves to be surrounded by books and is a voracious reader.

In her spare time, she enjoys spending time with her family and volunteering at the local library.

Her goal is to become a best selling author, regularly producing noteworthy content and engaging in a community of readers and writers.

To find out more please visit the Kathrine's website at
www.kathrineemrick.com
or her
Amazon author page.

Do you like getting FREE books? Would you like to receive a FREE book right now?
You can get one of Kathrine Emrick's stories absolutely free from
KathrineEmrick.com
The short story that you will receive is
NOT
available anywhere else.
Just visit Kathrine's site to get your FREE story today.
Go to
KathrineEmrick.com