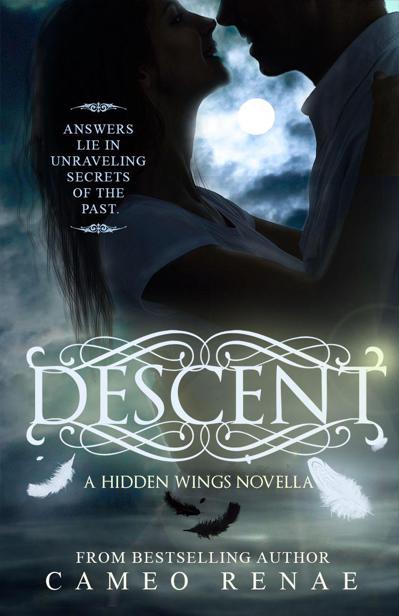 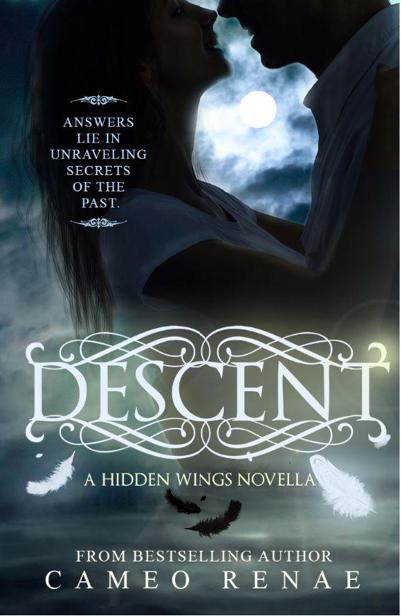 This Book is sold subject to the condition that it shall not, by way of trade or otherwise, be lent, re-sold, duplicated, hired out, or otherwise circulated without the publisher’s prior written consent in any form of binding or cover other than that in which it is published and without similar condition including this condition being imposed on the subsequent purchaser.

Cover by Mae I Designs

Descent is
dedicated to all the readers who asked to know more about the characters. After writing this, I’ve fallen in love with them even more. Thank you!

I’d also like to thank those who help
ed me make it shine: Karla Mathis Bostic, Kimberly Royals Belden, Heather Adams, and Sarah Davis (My AWESOME publisher). You all are my rock stars!

To ALL
the pages that helped promote, and to Derinda Love of Young Adult & Teen Readers, Amber Garcia, Christy Lynn Foster, and SJ Davis of Crushing Hearts and Black Butterfly Publishing for helping with its launch.

And last but not least. To
my Street Team…for being there for me, encouraging me, reading, and sharing my stories…I love you all!!!

Lucifer
. His voice was like the softest of velvet and the sweetest of honey, filling the Heavens with the most glorious melodies. His music reverberated through every cell of your being; filling, lulling, and entrancing you with his song and worship.

Because of this
, he was praised by all that surrounded him. But, it would also be that constant praise which allowed pride to seep into the tiniest crevices of his heart. Pride slowly turned to jealousy. Jealousy turned to hate, and it was that hate which began to alter and callous his once pure heart.

As time endured,
Lucifer’s pride, his jealousy, his hate, and finally his deceit... led to THE FALL.

I was given a
choice and it was the most difficult, life altering decision one could ever make. Right or wrong. Life or death. Good or evil. At the time, I was so wrapped up in the deception that I didn’t realize how much that one choice would throw my whole existence into a spiraling decline. But in the end, it was my decision, and my consequence.

A
fter centuries of war and death, I wished I was given one more chance. A chance to rewind and do it all over again. It should have been an easy decision but my heart was torn.

We were told that if we
chose to stay in Heaven we would be bound under the laws of one Supreme Being, and be slaves for all eternity. If we left, we’d be free to do whatever we wanted, whenever we wanted.

Or so I thought.
That was the ultimate deception.

I was a young a
ngel. Not young in human years, but young in immortal years, and I still had much to learn. Lucifer was given leadership and authority to train up the younger to become the next worshipers. But, something happened. Something which was never intended. The very one whom God had chosen and saw fit to give charge over a third of his angels, was secretly and deceitfully plotting against him. One by one he turned the hearts and minds of the angels against their creator.

I
was one of those third entrusted in his care.

Each one
of us had slowly become brainwashed believing the sweet, yet forked tongue of our leader. Why should we have had any cause to doubt him? He was placed in the highest regard by the Almighty himself.

He subliminally
and constantly fed us his twisted truths; that we were slaves, and would be for all of eternity; that our very existence was to feed the selfish desires of one almighty being, when we ourselves were all powerful and immortal.

God knew
of his treachery, and allowed each immortal to choose. A simple choice. A choice to stay, or to leave with Lucifer.

After each decided
, those that chose Lucifer were immediately cast out of Heaven and banished for all eternity.

A third of the angels fell wit
h Lucifer that day, and as we fell our beautiful white wings caught fire and scorched black. Even after the healing they remained black. As dark as the heart of whom we fell with. Changed forever. Just as our entire reason for existence had.

We were
now banished to live in the most uninhabitable region existing, the Underworld, which was filled with nothing but sweltering heat and stench. There was no life in this God forsaken place. The ground was parched and sulfur rose from large cracks steaming from the molten lava, which flowed below. This was our new home. Our Hell.

The m
ajority of the first part of the century, after the Fall, was spent tunneling and building an underground empire for us and Lucifer to reside in. It was miles deep, but surprisingly they did come upon a hollow cavern which had water running deep, deep underground. It was much cooler than any other area in the Underworld, so Lucifer claimed the area as his dwelling.

Lucifer’s
dwelling was built in a way where it was nearly impossible to access, unless you were a member of the Fallen, or given authority. There were five levels of Hell, and each level was guarded by the fiercest, most horrifying creatures imaginable. Lucifer gathered and even birthed some of these creatures from the fiery pit of Hell.

This
made it nearly impossible to gain access to him. Anyone who attempted to travel through the levels…failed, and met their demise in the most horrific ways imaginable.

We
thought that after the fall, our existence, our life, would have changed for the better. We thought we would be free, and could do as we wished. We were never more wrong.

We
now had a new leader. A leader who craved more power and dominion than that of our creator. A leader whose heart turned so dark, so black, and so calloused, which turned us into slaves and warriors fighting a senseless war against our brothers. Those who fell with Lucifer and chose not to abide by his rules were immediately executed. So we did what we needed to, just to stay alive.

Each in authority was given one member to mentor. I was given a young angel
named Danyel.

Danyel wasn’t much younger than I, but he lacked most of the skills which were necessary to stay alive in battle. I took him under my wing and taught
him everything I knew. Skills picked up and mastered, along with knowledge I had gained which kept me alive these past centuries.

Danyel and I were companions, but
through the many years of fighting together, he had also become my best friend, and even more so, like a brother to me. We fought side by side, defeating and accomplishing every task given to us, and had become a force to reckon with.

For centuries we fought, but
began to wonder what it was all for. Hundreds of angels died, and for what?

But we kept our conversations to ourselves. Never letting them linger for fear of being executed. So, we continued to fight the senseless war hoping that one day it would all end, and we could finally find some peace.

But i
t wasn’t peace that finally found me. It was something much greater. Something I never expected or anticipated. I found happiness for the first time in a very long time, and that was the day I met Alaine.

The Fallen
were given permission to roam the mortal world freely, but I despised it almost as much as the Underworld. Most humans in my eyes were but mere cockroaches, scattering about with no real purpose. I, and the rest of the Angels, questioned why God had chosen to create them. They were just another flawed creation. Most of their leaders were evil and deceptive, and the majority of the populations followed like sheep being led to slaughter.

Forevermore by Lynn Galli
AS THE SPARKS FLY UPWARD by Gloria Dank
Into the Spotlight by Heather Long
The Things We Never Said by Wright, Susan Elliot
Dragonlance 04 - Time of the Twins by Margaret Weis, Margaret Weis
Everyday Jews: Scenes From a Vanished Life by Yehoshue Perle
All Fall Down by Megan Hart
The Stair Of Time (Book 2) by William Woodward
Their Stolen Bride (Bridgewater Menage Series Book 7) by Vanessa Vale
Tinker by Wen Spencer
Our partner