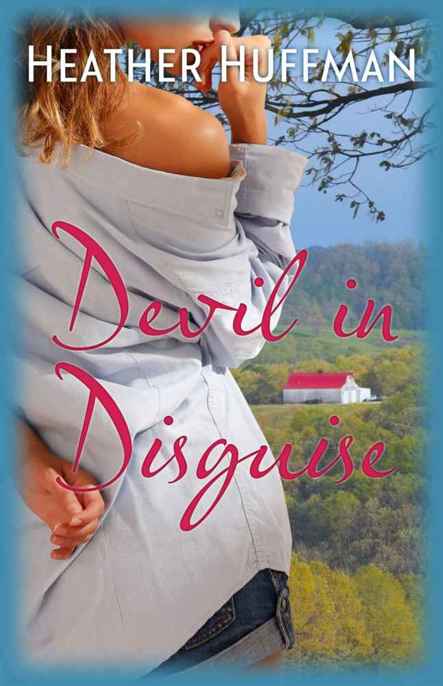 This is a work of fiction. Names, characters, places, brands, media, and incidents are either the product of the author's imagination or are used fictitiously.  Any resemblance to similarly named places or to persons living or deceased is unintentional
.

DISCOUNTS OR CUSTOMIZED EDITIONS MAY BE AVAILABLE FOR EDUCATIONAL AND OTHER GROUPS BASED ON BULK PURCHASE
.

To the kind of sister who’d walk through the fires of hell to save someone she loved. Angie, you amaze with your strength and capacity to care for others.

I adore you more than you’ll ever know.

And to the readers who showed
Jailbird
and its characters so much love, thank you for your support – it means more than you’ll ever know. I hope you enjoy revisiting their world as much as I do.

RACHEL COOPER HAD NO INTENTION
of putting a shirt back on over the red welts that mottled her skin, no matter what pictures ended up circulating the Internet because of it. That left her with two choices: drive two hours home in the worst snowfall of the season,
which also meant forgoing her night in a choice hotel and
tomorrow’s planned spa day, or face the embarrassment of checking into the Atlantic City Hotel and Casino in a white silk camisole with a wool-
induced rash that made her look like a walking candy cane.
Anything was better than friction at that moment.

The mohair sweater her mother had given her as a Christmas gift that afternoon was tossed in the back seat. Rachel had worn it to their awkward little family celebration at her mother’s insistence and had stripped it off the second she was out of her mother’s sight. An
hour in the garment had left her in misery, and not even her
ridiculously
comfy alpaca sweater held appeal for her now, no matter how
fiercely the snow outside was falling.

Her mind made up, she held her chin high, squared her
shoulders, and pulled her little suitcase through the hotel lobby, hoping against hope that she’d find solitude in the elevator. From where she stood waiting for her ride to the penthouse, she could see the hustle of the adjoining casino.

Rachel barely cast a glance in the direction of the revelry, having never understood the draw of gambling. Instead, she stared intently at the elevator door to avoid accidental eye contact with anyone. It took half a beat for her mind to register who she saw in her periphery, looking gloriously out of place in the Atlantic City casino. Her heart began to pound; she was pretty sure she felt a
panic attack coming on. She’d been certain he’d gone back to Louisiana long ago. There was no reason on earth for him to still be here.

A glutton for punishment, she couldn’t help sneaking a glance. Sure enough, Conrad Langston was there in all his unadulterated Native American beauty, though he’d changed since she’d seen him last. His long, neat hair was gone, replaced by a much shorter, clean-cut style. Rachel was torn between admiring the new look and being
a little sad to see the old one gone. Either way, he was breathtaking. He was dressed in black; his sharp eyes were scanning the crowd in a way that led Rachel to believe he now belonged to the casino’s security team.

Of their own accord, her feet moved a step closer to him. Rachel stopped short, admonishing herself that even saying a simple hello to Conrad would bring nothing but trouble. Their time together had been brief, but two years after it ended she could still feel the heat from its flames.

Any hope of going unnoticed was crushed when his gaze caught hers. A smile broke across his face. Her heart skipped a beat, then made up for it by hammering double-time in her ears. Rachel thought she smiled but couldn’t be sure.

She hesitated, not wanting him to see her in her current state but not wanting to be rude either. With a sigh, she realized she had no other choice but to approach him.

His eyes raked across her inflamed skin before meeting her gaze. His smile dimmed.

“Did your mother give you another wool sweater or something?”

“Hello to you too,” she scowled at him.

“When are you going to tell her you’re allergic to wool?”

“I have told her. She insists true wool allergies are rare.”

“I mean, when will you refuse to put on the gift rather than
torture yourself?”

“That would be cruel.”

Conrad let it drop. “It’s good to see you. In person, I mean.
Television doesn’t do you justice.”

“It’s good to see you too. I like the hair.” Rachel couldn’t help greedily soaking in the sight of his face. She’d missed him more than she cared to admit.

At her acknowledgement of the change, he ran his hand self-
consciously through the thick, dark locks. “It just seemed time for something different.”

Rachel watched him, wanting nothing more at that moment than to sink her own fingers in his hair.

“So are you here for the night to lick your wounds after
Christmas with the family?” Conrad asked.

“Yes. I didn’t expect it to be quite so literally, though.” Rachel laughed softly. It was laugh or cry at the moment; she was sincerely hoping she could cling to the first option. “I didn’t realize you were still in Jersey.”

Conrad shrugged uncomfortably. “There wasn’t much for me
back in Louisiana. Not sure where to head next. So I’m here.”

“What about Gabrielle? You could go to Arkansas to live near
her.”

His reply was cut off by a voice coming through his headset. He acknowledged it then turned apologetically to Rachel. “I have to take care of this. It was good seeing you, though. You look great. Pink, but still great.”

“You too. Except the pink part.” Rachel winced, feeling like an idiot as soon as the words were out.

Conrad chuckled as he walked away. Rachel tried really hard not to stare after his retreating back. On the elevator ride to her floor, she tried even harder not to daydream about him–a task that would have been made easier if she didn’t know perfectly well just how good he looked without his shirt on.

In her room, she immediately stripped and collapsed on the bed, allowing the air to soothe her angry skin. She didn’t have the energy or will to even bother with the television. Instead, she allowed her mind to travel back to the day she and Conrad had said goodbye. At the time, it had seemed the only logical course of action. Now, she wondered why.

There was her career, for one. It left little room for hearth and home. Her mother’s own tragic history with men was a close second. Then there was the fact that he wanted a family and she didn’t. She’d spent such a disproportionate amount of time exposing the darker side of humanity, it left her with the mindset that propagating the species was a bad idea. Besides, Conrad was singularly stubborn — a thoroughly irritating quality in a man. And he didn’t love her.

That hard fact squeezed painfully at Rachel’s heart. She could rattle off a thousand reasons they didn’t belong together, but in
reality none of them mattered when she was in his presence. If he’d shown the slightest inclination to fight for her, for what they had
together, she would have done anything for him. And that made her no better than her mother.

Rachel growled at herself and got up to look for her silk robe. It was the only thing she could bear to put on at the moment, and she wanted to order herself comfort food, diet be damned.

Someone knocked at the door just as she picked up the phone to place her order. Warily, Rachel replaced the phone in its cradle and went to see who it was. Whatever she was expecting, it wasn’t to see Conrad leaning casually against the wall.

“Hey,” she greeted him awkwardly.

“I come bearing gifts.” He held out a packet of Benadryl and lanolin-free ointment. “I have forty-five minutes before I have to be back at work. Do you want me to rub you down?”

“With ointment. On your back.” Conrad’s grin told her he’d accurately read her thoughts.

She gratefully took the antihistamine and ointment from him and headed to the bathroom for some water, swallowing a couple pills without even checking the dose. She was desperate for relief.

“Have you seen your new niece?” Rachel made small talk as she rubbed the ointment on her collarbone.

“Only via pictures. I haven’t been able to get away from work yet for a visit. She’s cute, though,” Conrad answered from the other room.

“Yes, she is. Charlie and Neena do make pretty babies. How’s Benjamin?”

“Growing like a weed. You know, I still can’t believe she
named him that.”

“Yes, Benjamin Carter. Apparently Charlie teased her once too often about almost marrying him.”

Rachel chuckled. “Your sister looks sweet, but she can be rather mischievous.”

Player's Ruse by Hilari Bell
18th Emergency by Betsy Byars
The Wicked One by Danelle Harmon
The Armor of God by Diego Valenzuela
Hollywood Station by Joseph Wambaugh
Summerlong by Dean Bakopoulos
War From The Clouds by Nick Carter
From Hide and Horn (A Floating Outfit Book Number 5) by J.T. Edson
The Birth House by Ami McKay
The Clam Bake Murder: A Windward Bay Mystery by Samantha Doyle
Our partner