Read Dinner With a Vampire Online

Dinner With a Vampire 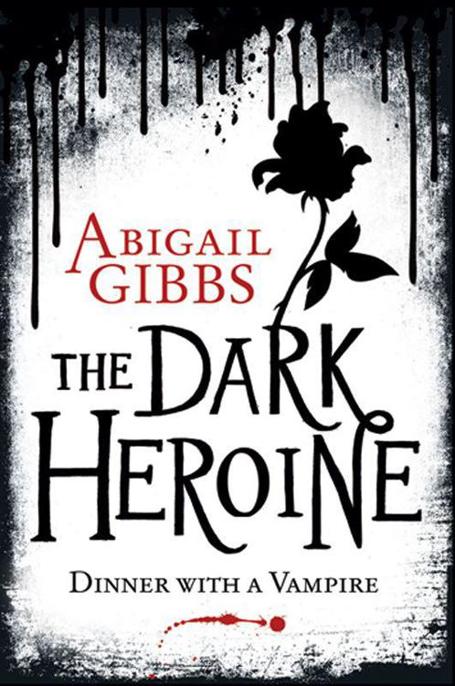 To the team for providing a place to share.

To each and every member who read, voted, nagged
and criticized. You shaped this story.

To Joanne and Terran, and lastly, to Soraya. You reached out to a child across the world and gave her the encouragement she needed. You started this journey.

That flies in the night,

In the howling storm,

Has found out thy bed

And his dark secret love

Does thy life destroy.

The shadow of Nelson’s Column in Trafalgar Square loomed above as I shivered, the cool air of the July night rushing between the buildings. I shuddered again, pulling my coat tightly around myself, seriously beginning to regret wearing a skimpy black dress – my choice of wardrobe for the evening.
The sacrifices I make for a good night out.

Jumping as a pigeon fluttered down beside my feet, I scanned the empty streets for any sign of my friends. So much for getting a ‘late night snack’. The sushi bar was only a two-minute walk away; twenty minutes had passed. I rolled my eyes, in no doubt that some guys were in their knickers by now.
Good for them. Why would they have to worry about little old Violet Lee?

I walked towards the benches, sheltered by the sparse and gloomy canopy of trees. I sighed as I rubbed my hands across my knees to try to get the blood flowing, bitterly regretting the decision to wait behind.

Taking one last glance around the square, I pulled out my mobile, hitting speed dial. It continued to ring until, eventually, the voicemail cut in.

‘Hi, this is Ruby. I can’t answer right now, so leave a message after the tone. Lovage!’

I groaned in frustration as the tone beeped. ‘Ruby, where the hell are you? If you’re with that guy, I swear I’ll kill you! It’s bloody freezing out here! As soon as you get this, call back.’

I ended the call, slipping the phone back into the inside pocket of my coat, knowing that my efforts were likely to be in vain as she probably wouldn’t listen to the message for days. Rubbing my hands together and drawing my knees up to my chest in a bid to keep warm, I debated whether I should just get a cab home. But if Ruby did turn up, I’d be in trouble. Resigning myself to a long wait, I laid my head on my knees in the quiet, watching the orange haze that coated the city of London.

Opposite, late-night drinkers disappeared into a side-alley, stumbling along until their raucous laughter was lost in the darkness. A few minutes later, a red double-decker bus with the words ‘Visit the National Gallery’ splashed across its side appeared from behind the very attraction it was advertising. It followed the road around the square before disappearing amidst the maze of Victorian buildings that dominated the city centre. As it left, the dull hum of far-away London traffic seemed to fade away into silence with it.

I wondered which of the two boys we had met tonight had struck lucky with Ruby. I felt a pang of regret, wishing I could be as carefree and, well,
loose
as she was. But I couldn’t. Not after Joel.

More minutes passed and I began to feel uneasy. Nobody had drunkenly stumbled through for a while and the cold night air was descending like a blanket around my exposed legs. I glanced about for a taxi but the roads were empty and the square deserted, save for the light skimming over the surface of the water in the two fountains either side of the central column.

I pulled my phone back out, thinking I could call my father and ask him to pick me up, when something flickered in the corner of my eye. Almost dropping my phone I jerked up, heart in my mouth, scanning the square for any sign of movement.

Nothing.
I shook my head, the panic waning.
It was probably just a pigeon
, I assured myself. I began to dial my home number, the cold numbing my fingers, though I glanced up every few seconds, willing my breathing to slow.

But no, something
had
moved.

A shadow had flitted across one of the huge fountains, too quick for my eyes to discern a shape. The square, on the other hand, was deserted, save for a few panicked pigeons taking flight. I shook my head, pressing my phone to my ear. The line crackled, ringing feebly and breaking every few seconds.

I tapped my foot impatiently. ‘C’mon …’ I muttered, glancing at the screen.
Full signal.

My eyes wandered as the number dialled and dialled, lingering on Nelson’s Column, towering hundreds of feet in the air. The blazing floodlights that lit up the statue at the very top flickered, like a flame in the breeze. They stilled again, as intense and bright as before.

I shivered, but not from the cold. I prayed someone would answer the phone, but the line crackled and with one last pitiful ring, went dead. I stared at it, wide-eyed, before adrenaline began to rush into my veins and instinct cut in. I slipped off one of my heels as my eyes glued themselves to the column, watching in disbelief as the shadow I had seen just moments before swept across the statue, vanishing from view as quickly as it had come. Fumbling with the last strap, I wrenched the other shoe from my foot and snatched both up in my hands. I started forward. But no sooner had I taken a few steps than I froze, rooted to the spot.

A gang of men, clothed in brown coats and carrying long, sharpened canes were descending the steps. Their grim, weather-beaten faces were dark and heavily scarred, every brow set in an unwavering, determined line. Their heavy footfall rang in my ears, pounding out an uneven march on the paving as they moved ever closer.

Stunned, I shrank back into the shadows, silently crouching behind the bench. Hardly daring to breathe, I tried to make myself as small as possible whilst inching towards the edge of the square.

The man at the head of the group barked something and the men spread out, creating a line as wide as the square, stretching from one fountain to the other. There were easily thirty of them. As one, they came to a halt just in front of the column, only their coats moving as the wind billowed in the fabric behind them.

When We Fall by Emily Liebert
Paint it Black: 4 (The Black Knight Chronicles) by Hartness, John G.
Trail of Evil - eARC by Travis S Taylor
The Lost Tycoon by Melody Anne
Fate and Fury by Quinn Loftis
The Perfect Crime by Les Edgerton
Atalanta and the Arcadian Beast by Jane Yolen
The Book of Air and Shadows by Michael Gruber
Kneadlessly Simple: Fabulous, Fuss-Free, No-Knead Breads by Nancy Baggett
The Book of Life by Deborah Harkness
Our partner