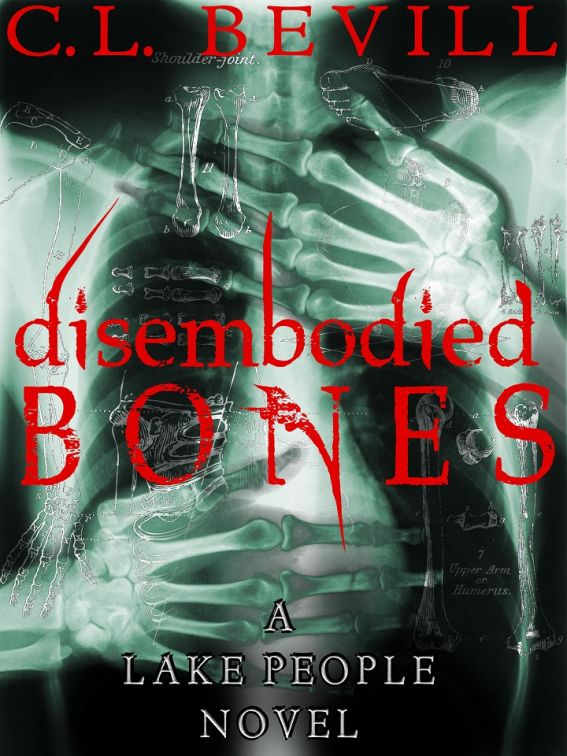 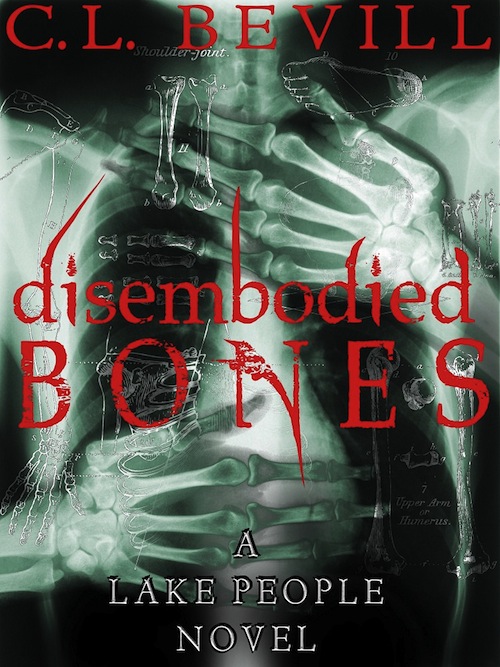 License Notes: This ebook is licensed for
your personal enjoyment only. This ebook may not be re-sold or
given away to other people. If you would like to share this ebook
with another person, please purchase an additional copy for each
person you share it with. If you’re reading this book and did not
purchase it, or it was not purchased for your use only, then you
should return to Smashwords.com and purchase your own copy. Thank
you for respecting the hard work of this author.

Other Novels by C.L. Bevill

Buried ever so deep,

Piled over with heavy stones,

Effortlessly dig up the disembodied bones.

The very tip top of Leonie’s head reached
only five feet. An ebony spill of hair cascaded to her waist,
brushed into unruly submission by her mother that very morning. But
she was thinking about something else very different. Her bow
shaped lips were pursed in concentration; the lines between her
eyes weaved a W in single-minded deliberation.

With a shrewd smile on his lined face,
Sebastien Benoit gave Leonie the front page of the Shreveport
Herald-Post. She didn’t pay any attention to the owner of the
Unknown General Store. But he stared at her slight figure as she
poured over the headlines. She was a little girl, whose skin barely
covered her still developing bones, and who had all the attributes
of the other lake families. She had asked prettily for the paper
he’d already read, and politely handed everything back but the
front page. Then she asked him if she could keep it.

Sebastien shrugged uncaringly. “
Mais oui,
p’tite
. Else it goes in the trash and what good would come of
it there?” But Leonie had already turned away.

Leonie Simoneaud was the daughter of Babette
and Jacques Simoneaud. Jacques worked up to Shreveport most days,
and Babette had a typing job in Natchitoches. Neither brought in
enough income to have a babysitter for thirteen-year-old Leonie,
but then she didn’t need one. A self-sufficient child, she borrowed
books from anyone who had them to lend and promptly returned them
in immaculate condition. She wandered the woods with other family
children, learning almost every secret the local bayous held.
Sometimes she came into the Unknown General Store with a few
crumpled dollars and bought an R.C. cola and a moon pie. She stayed
out of trouble and her actions hadn’t caused the family’s gossips
to run rampant.

But on this day it was only the newspaper
Leonie wanted, and since Sebastien had read it already, he gave it
to her, encouraged that the child was quick enough to want to
learn. Truth be told, it was a slow day for news anyway. Another
space shuttle was being launched. The President was addressing the
nation on some-such policy. A little boy in Shreveport had been
taken from a mall the previous day by a stranger. There had been a
violent car wreck on the freeway that had killed three people. All
of which was contained on the front page that quiet Leonie held in
her tiny little girl hands.

For a moment Sebastien wished he could read
the girl’s mind. The people who lived on Twilight Lake were
sometimes called Lake People. Some of the outside world knew that
they were peculiar folk. They liked to keep to themselves. They
liked to marry within the dozens of families that made up the area.
They didn’t trust the people they called outsiders. But the
Simoneauds had the best reason of all for that distrust, for it was
Leonie’s own great-aunt, Lisette Simoneaud, who had suffered
tremendously at the hands of outsiders. They had kidnapped Lisette
decades before because of her gifts, family gifts of second sight,
sometimes called veiled eyes. They had ill-used the beautiful young
woman and when her lover, Varden Comeaux, had found her she was
perched on death’s doorstep. And although Lisette’s lover had
punished those responsible with a terrible rough justice, outsiders
were still mistrusted and the family’s secrets kept close to the
chest.

Leonie stood motionlessly in the air
conditioned general store, her hands clenched on each side of the
front page of the newspaper, her eyes rapt upon what she was
reading.

Such a pretty young thing
, thought
Sebastien. Silken black hair tumbled deliciously down her back and
normally her almond shaped gold eyes sparkled with humor. Her
little cupid’s face hinted at the beauty she would become, clearly
a challenger to the wondrous vision that Lisette Simoneaud had
been. But she wore a tattered T-shirt. Ragged blue jeans covered
her skinny legs. Her tennis shoes were ripped at the toes.
However, she don’t have the gift. A shame
, non?

Leonie looked up at the clock on the wall. It
was a neon fish jumping out of the lake, seeking the freedom of the
air and wind. Green hands proclaimed it was half past ten in the
morning. It was a week before the summer solstice, school had been
let out a full fourteen days before and children roamed the
surrounding area like free range game, and Leonie was able to do as
she liked, as long as she stayed out of trouble and did not speak
with outsiders.

Leonie would break both rules on this
particular day.

Through the window Sebastien Benoit’s blue
truck was visible. Leonie didn’t know how to drive anything, much
less a truck, even if Sebastien had been inclined to loan it to a
thirteen-year-old girl. Glancing down at her dilapidated tennis
shoes she knew probably would have to walk until she got out of
Unknown, to avoid the locals that would promptly tell her parents
that she was up to something.

Folding the newspaper up carefully, Leonie
turned back to Sebastien, coming up with the best pretext she had
at the moment. “You know, I suddenly remembered that Papa forgot
his lunch. Do you know anyone who’s going to Shreveport today,
M’su
Benoit?”

“
Non, p’tite
,” Sebastien replied
solemnly, studying the child’s face before him. “But M’su Bergeron
might know someone.” He pointed outside toward the dock. A hundred
feet away, it had been built over a deep pool on the edge of the
dark Twilight Lake. For the last twenty years it had witnessed
fishermen and tourists alike as they boarded various family vessels
to earn a few extra dollars in the summer. “Best to catch him
before he takes his charter out.”

“Merci,” Leonie said and hurried out the
door.

Sebastien shook his head.
It’s hard to
trust a member of the family when a fella don’t have a clue what’s
going on in her little brain.

Leonie quickly walked along the short dock.
She approached Jean Bergeron, who was directing a group of tourists
from Dallas onto his ship. He was a tall man with gray shot black
hair and a friendly face that welcomed her advance with an amicable
twinkle in his gold eyes.

“Put your gear aft,” Jean called cheerfully.
He glanced down at Leonie and said in a low voice, “A moment,
chère
. These outsiders, they don’t know their aft from their
ass.”

“
Bonjour
, Leonie,” said someone else,
and Leonie turned to see a boy standing nearby. His black hair,
gold eyes, and general appearance let one and all know he was a
member of the family, and not only that, he was also Jean
Bergeron’s son.

“
Bonjour
, Gabriel,” said Leonie, a
ghost of a smile flitted across her restless features. She knew the
younger boy well and knew he hadn’t a mean bone in all of his body.
He didn’t bully those younger than he, and he didn’t tease Leonie
that his gift had developed before hers, although he was two full
years younger. “Glad to be out of school, n’est pas?”

“
Oui
, they were teaching us algebra,”
Gabriel said and grimaced. “I get a headache from it even now.”

“Gabriel,” said Jean Bergeron. “Go show these
silly men where to put their gear.” He lightly slapped his son on
his back and turned to Leonie. She was becoming uneasily tense, a
prickling of the skin started to walk its way up the bony part of
her back, as if someone dragged a feather there. She didn’t know
what it was. One moment she was enjoying the summer and all of the
potential joys it held in the childhood ecstasy of freedom and the
next her mind was polarized on something she couldn’t even begin to
name.
Someone needs me to help him. He needs me
. “What is it
you need, little Leonie?”

“I need to go to Shreveport,
M’su
,”
Leonie said calmly, belying the disquiet she felt. She wanted to
thrust her hands into her pockets to conceal the nervous shaking of
her extremities. “I must…see my papa.”

Jean Bergeron frowned. He knew Jacques
Simoneaud and knew that the other man worked in various
construction sites around Shreveport. But he also knew that Leonie
was a serious young woman and not given to foolish notions. Even at
such a young age, the child had the common-sense of an old woman
and the studious nature of a Rhodes Scholar. “Have you called your
maman
?”

“
Oui
,” Leonie lied.
My second one
in five minutes,
she noted silently. She didn’t like to lie,
but something inside her demanded its necessity. It screamed for
her to get to Shreveport and to do it soon.
What am I? What am
I? What am I?