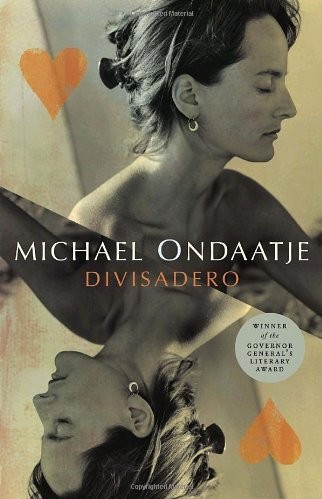 nonfiction
The Conversations: Walter Murch and the Art of Editing Film
(2002)

this
is a borzoi book published by alfred a.
knopf

Copyright © 2007
by Michael Ondaatje
All rights reserved.
Published in the United States by Alfred A. Knopf, a division of
Random House, Inc.
www.aaknopf.com

Knopf, Borzoi
Books, and the colophon are registered trademarks of Random House, Inc
.
Originally published in Canada by McClelland & Stewart Ltd., Toronto.
Permission to reprint previously published material may be found in the
Acknowledgments at the end of the book.

This is a work of
fi
ction. Names, characters, places, and
incidents either are the product of the author
’
s
imagination or are used
fi
ctitiously. Any resemblance to actual persons, living or dead, events,
or locales is entirely coincidental. Some locations have been altered or
renamed and a few liberties taken with geography.

v1.0
For John and Beverly
and in loving memory of Creon Corea —remembered by us as ‘Egilly’
one
Anna, Claire, and Coop
two
The Family in the Cart
three
The House in Dému

hen I come to lie in your arms,
you sometimes ask me in which historical moment do I wish to
exist.
And I will say Paris, the week Colette died. . . . Paris, August 3rd, 1954
.
In a few days, at her state funeral, a thousand lilies will be
placed by her grave, and I want to be there, walking that avenue of wet lime
trees until I stand beneath the second-
fl
oor
apartment that belonged to her in the Palais-Royal. The history of people like
her
fi
lls my heart. She was a writer who
remarked that her only virtue was self-doubt. (A day or two before she died,
they say Colette was visited by Jean Genet, who stole nothing. Ah, the grace of
the great thief...)

‘We have art,’ Nietzsche said, ‘so that we shall not be
destroyed by the truth.’ The raw truth of an incident never ends, and the story
of Coop and the terrain of my sister’s life are endless to me. They are the
sudden possibility every time I pick up the telephone when it rings some late
hour after midnight, and I wait for his voice, or the deep breath before Claire
will announce herself.

For I have taken myself away from who I
was with them, and what I used to be.
When my name was Anna.

One
Anna, Claire, and Coop
The Orphan

y
our grandfather’s cabin, on the high ridge, opposite a slope of buckeye trees,
Claire sits on her horse, wrapped in a thick blanket. She has camped all night
and lit a
fi
re in the hearth of that small structure our ancestor built more
than a generation ago, and which he lived in like a hermit or some creature,
when he
fi
rst came
to this country. He was a self-suf
fi
cient bachelor who eventually owned all the land he looked down
onto. He married lackadaisically when he was forty, had one son, and left him
this farm along the Petaluma road.

Claire moves slowly on the
ridge above the two valleys full of morning mist. The coast is to her left. On
her right is the journey to Sacramento and the delta towns such as Rio Vista
with its populations left over from the Gold Rush.

She persuades the horse
down through the whiteness alongside crowded trees. She has been smelling smoke
for the last twenty minutes, and, on the outskirts of Glen Ellen, she sees the
town bar on
fi
re
—
the local arsonist has struck early, when
certain it would be empty. She watches from a distance without dismounting. The
horse, Territorial, seldom allows a remount; in this he can be fooled only once
a day. The two of them, rider and animal, don’t fully trust each other,
although the horse is my sister Claire’s closest ally. She will use every trick
not in the book to stop his rearing and bucking. She carries plastic bags of
water with her and leans forward and smashes them onto his neck so the animal
believes it is his own blood and will calm for a minute. When Claire is on a
horse she loses her limp and is in charge of the universe, a centaur. Someday
she will meet and marry a centaur.

The
fi
re takes an hour to burn down. The Glen
Ellen Bar has always been the location of
fi
ghts, and even now she can see scuf
fl
es starting up on the streets, perhaps to
honour the landmark. She sidles the animal against the slippery red wood of a
madrone bush and eats its berries, then rides down into the town, past the
fi
re. Close by, as she passes, she can hear
the last beams collapsing like a roll of thunder, and she steers the horse away
from the sound.

On the way home she passes
vineyards with their prehistoriclooking heat blowers that keep air moving so
the vines don’t freeze. Ten years earlier, in her youth, smudge pots burned all
night to keep the air warm.

Most mornings we used to
come into the dark kitchen and silently cut thick slices of cheese for
ourselves. My father drinks a cup of red wine. Then we walk to the barn. Coop
is already there, raking the soiled straw, and soon we are milking the cows,
our heads resting against their
fl
anks. A father, his two elevenyear-old daughters, and Coop the hired
hand, a few years older than us. No one has talked
yet,
there’s just been the noise of pails or gates swinging open.

Coop in those days spoke
sparingly, in a low-pitched monologue to
himself
, as
if language was uncertain. Essentially he was clarifying what he saw—the light
in the barn, where to climb the approaching fence, which chicken to cordon off,
capture, and tuck under his arm. Claire and I listened whenever we could. Coop
was an open soul in those days. We realized his taciturn manner was not a wish
for separateness but
a tentativeness
about words. He
was adept in the physical world where he protected us. But in the world of
language he was our student.

At that time, as sisters,
we were mostly on our own. Our father had brought us up single-handed and was
too busy to be conscious of intricacies. He was satis
fi
ed when we worked at our chores and
easily belligerent when it became dif
fi
cult to
fi
nd us. Since the death of our mother it was Coop who listened to us
complain and
worry,
and he allowed us the stage when
he thought we wished for it. Our father gazed right through Coop. He was
training him as a farmer and nothing else. What Coop read, however, were books
about gold camps and gold mines in the California
northeast,
about those who had risked everything at a river bend on a left turn and so
discovered a fortune. By the second half of the twentieth century he was, of
course, a hundred years too late, but he knew there were still outcrops of
gold, in rivers, under the bunch grass, or in the pine sierras.

There was a book, not much
more than a pamphlet with a white spine, I found high on a shelf in the mudroom
of the farm.
Interviews with Californios: Women from Early Times to the
Present.
As most of those women did not write, archivists from Berkeley had
travelled with tape recorders to capture these lives and the ambience of the
past. The monograph included accounts dating from the early 1800s to the
present, from ‘The Dictation of Doña Eulalia’ to ‘The Dictation of Lydia
Mendez.’ Lydia Mendez was our mother. It was here in this book that we
discovered the woman who had died the week Claire and I were born. Only Coop,
among the three of us, who’d worked on the farm since he was a boy, had known
her as someone alive. For Claire and me she was a rumour, a ghost rarely
mentioned by our father, someone interviewed for a few paragraphs in this book,
and shown in a washed-out black-and-white photograph.

All the people in the book
had
a humility
, a sense that history was around them,
not within them. ‘We grew up in the Central Plain, north-east of Los Angeles,
where my father worked the asphaltum pits. I married when I was eighteen, and
that night we danced so many times to “La Voquilla,” and “El Grullo”—the violin
players and guitarists, my husband said, were the best in the region. The
trestle table with food was set up by the great rock in the pasture. My
husband’s father landed thirty years earlier in San Francisco, and the same
day, I am told, he caught the steamer to Petaluma, and built this house. By the
time I arrived here there were a thousand laying hens. But my husband did not
want others working on the farm so we kept only dairy cattle and grew
corn—foxes were killing the hens and it took too much trouble to protect them.
There were other animals in the hills— bobcats and coyotes, rattlesnakes in the
redwoods, I saw a mountain lion once. But the devil’s curse was thistles. We
fought to cut them back. The neighbours never did it right, and their thistle
seeds
fl
ew onto
our property.

‘There was a man further
down the Petaluma Road who had a hundred goats, a gentle man. Sometimes he came
and camped with his goats in our
fi
elds
—
a special small goat that ate thistles,
and its digestion killed the seed, somehow it chewed the seed up properly. A
cow doesn’t do that. A cow eats thistles and the seed goes right through. If
you hate thistles, you could have loved this man.... There was a terrible
violence on the farm next to ours. The Cooper family was killed by a hired hand
who
beat them to death with a wooden board. At
fi
rst no one knew who had committed such an
act, but their son had hidden in the crawl space under the
fl
oorboards of the house for several days.
He was four years old and he came out eventually and told who had done it. We
took the boy in, to stay and work on the farm.’

This is
all
of the
portrait we own of our mother. Whatever else she might have
considered and thought remains in an unquestioned distance. She had spoken
mostly of events that stumbled against her, so we had only her affection for
the goat man, her brief joy in dancing,
the
details of
the murder on the neighbouring farm that brought Coop into our household. There
is nothing revealed here about her pleasures or her intelligence or her
compassion.
Things that must have been a guiding star for our
father.
Just two pages about this ‘Californio’ who
would die in childbirth when she was twenty-three.