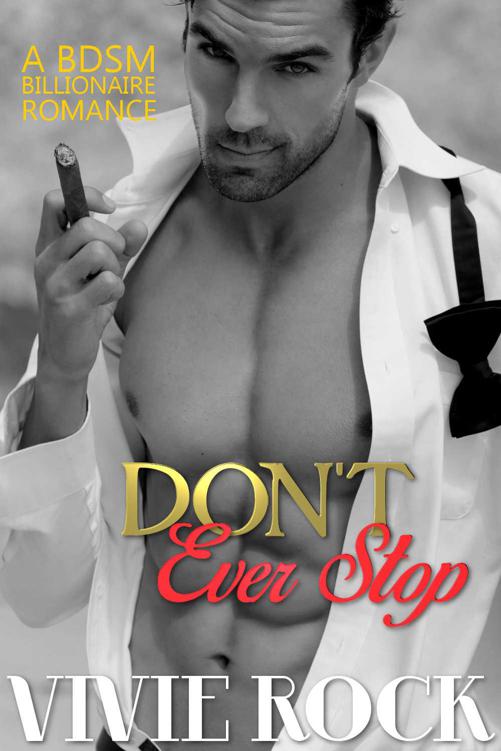 He lifted up the rope now, taking it out of my...

CHAPTER ONE The Glamorous World Of Local News

CHAPTER THREE And The Winner Is...

CHAPTER NINE Hair Of The Dog

CHAPTER SEVENTEEN Weak At The Knees

CHAPTER NINETEEN Cards Are On The Table

CHAPTER TWENTY-ONE Home Of The Satyr

CHAPTER TWENTY-THREE An Exercise In Imagination

CHAPTER TWENTY-FIVE Pick Your Own

CHAPTER TWENTY-SIX In At The Deep End

CHAPTER THIRTY-ONE Fly In The Ointment

CHAPTER THIRTY-FOUR All Dressed Up And Everywhere To Go

This book may not be reproduced or used in any manner without the express written permission of the copyright holder. This story contains explicit content that is intended for adult audiences only. All characters involved in sexual situations are 18 years of age or older. An older edition of this novel was sold as ‘Red All Over’ and ‘His: Bound To Please’.

He lifted up the rope now, taking it out of my hands, and slid it over my shoulders. Feeling the weight of it behind my back made me realise just how powerful it was, how tightly a rope like this would be able to bind me. How impossible it would be to break free of it if I was, say, held hostage somewhere. Was I being held hostage now? He slipped the rope further down my back…

The Glamorous World Of Local News

I was hoping – no,
praying
– that no-one would decide to speak to me. As long as they didn’t speak to me, they wouldn’t realize that I wasn’t meant to be here.

OK, I’ve started in the wrong place. I do that a lot. Let me try again.

My name’s Rose. About a year ago, I had that same feeling that so many young people have after finishing college:

Oh my god, what am I going to do with my life?

I’d been independent at college, living away from home (even if college was a bit of a fantasy world of zero responsibilities), and so having to come back to my parents’ house, to their overprotective rules and dinnertime squabbles was a struggle. It was nice to be looked after, I guess, but I was
desperate
to get away. Trouble is, there’s not much that a Bachelor's Degree in English Language can get you these days, work-wise. Everyone’s got a Degree now, or so it seems. And English Language is not exactly vocational, except if you want to become a sleepy academic writing papers on a topic almost no-one cares about. It’s not the reason I studied English, either. I love communication, and I wanted to learn more about it. There’s something magical about the way that talking, or writing, can connect someone else to that private, inner world we all have. I love the way everyone’s vocabulary, whether or not they come from the same place, is slightly different. The word that I use when I’m happy might be different from the one
you
use, for example. The way I communicate to you that I’m scared, or excited, might be different too.

Something else I should say is, I’m a bit of a rambler. Maybe you can tell.

So this realization hit me: that I was going nowhere, with no plans, living with my parents. And job-hunting is not fun, especially when you don’t
want
a job.

For such a long time, I felt like it was going nowhere at all. I’d had interviews at places like factories and warehouses, pubs and restaurants. I guess maybe my heart wasn’t in it though, or maybe it was just nerves, because I never really managed to sell myself that well in them. Either I felt like the person had made up their mind about me before the interview even started, or that they were just rushing through to get to the next person in line.

Then, after a month of looking, my dad said, out of nowhere:

‘Rose, I’ve got you an interview at The Chronicle’.

I nearly choked on my cornflakes.

‘What? I thought you needed a journalism qualification to write for a newspaper?’

It was something I’d looked into briefly. Although being a hack had always been appealing, the idea of learning shorthand and spending more time as a student wasn’t something I’d wanted to do.

‘Not a journalist’s job,’ my dad said, a twinkle in his eye, ‘advertising sales. The good stuff.’

No prizes for guessing how my dad had made his money.

‘Dad, I don’t want to work in sales. It’s miserable, and I’ll be useless. I’m no good at arguments, and I’m not persuasive at all.’ It was true, I’d always been a total pushover.

‘You should do it, dear, it’ll be good practice at least.’

True to form, I gave in, and attended the interview.

And amazingly, I got the job.
Thanks, Dad.

The interview wasn’t that bad, all things considered. The woman who’d end up being my boss was a hard-voiced Scottish woman called Christina. She grimaced when she spoke and asked me questions like,

‘You don’t want to be a journalist, do you?’ and, ‘What’s your favourite cocktail?’

She seemed like she didn’t suffer fools gladly, to put it mildly. I did my best to answer her questions, trying to pretend that the thought of selling small ads to farmers and one-man-band plumbing companies was fascinating. Finally, Christina said,

‘Look let’s cut the crap. It’s not a glamorous job. It’s not fun. But we’re a good team here, and it’s a good paper. Do you want to make money?’

‘Then you can have the job. We’ll see how you get on, and in three months, if you don’t like it, we’ll say goodbye, no hard feelings. How does that sound?’

It sounded great to me. Well, good enough, anyway.

I was put on the classified adverts team. I worked with Patrick and Jen. Patrick was a good-looking young Irish guy, who was an excellent sales-person. He had a silver tongue and could talk anyone round to his way of thinking. I’d heard him do it so many times; a customer would start off aggressive, and, in the space of five minutes, Patrick would have them eating out of his hand. If we had any angry customers, we always passed them on to Patrick.

Jen was gorgeous. She used to openly flirt with all of her male customers, and was particularly good at landing big accounts from car dealerships and builders. Jen was fun, if a little intimidating. She drank a lot, sometimes during the day. She’d come back from a working lunch, half-cut and slurring, but Christina turned a blind eye, partly because of the results she got, and partly because she enjoyed a drink too.

So all of a sudden, I was part of a crack sales team. Totally great, right? Well, under normal circumstances, it would be great. But imagine my shock when, after three weeks of working for the paper, a silver envelope appeared on my desk, with my name, Rose Smith, beautifully hand-written on the front.

‘What’s this?’ I asked, holding up the mysterious letter.

‘Holy shit!’ said Patrick. ‘They managed to get you an invite! That’s great.’ He flashed me a smile.

‘Well, it’s not quite the Oscars, but basically the next best thing. Our team’s been nominated for a prize at the National Press Awards.’

Jen, who’d been quiet up until now, interjected. ‘Good question.’ There was a note of venom in her voice I’d never heard before. But, to be honest, I could understand why it was there. I’d done nothing to deserve this invitation. I knew nothing about newspapers, nothing about why we’d been nominated, and almost nothing about advertising sales. I opened the envelope. The invitation was expensive. I already knew it was going to be a special night.

So, there I was. In the most expensive (about eighty dollars) dress I could afford, wearing too much perfume and too much makeup, still praying desperately that no one would talk to me. The room was lavishly decorated. Strings of shining gold stars hung from the ceiling, twinkling as the swooping spotlights carved their way through the mist-steamed atmosphere. Thirty or forty round tables were arranged around a central stage, with powerful people dressed in much nicer clothes than me everywhere I looked.

‘That guy over there,’ said Jen, ‘that fat old guy, Paul, is the head of NewsBiz.’ Jen looked incredible, of course. She’d made sure to spend all of her spare time at the gym this past month, making sure she looked as good as possible for the awards. She was slender, and her full breasts were almost spilling out of her low-cut black dress. The men sitting around the table were all just staring at her, entranced by everything she said.

Jen looked at me like I was a total idiot.

I guess I
was
a total idiot.

Jen turned back to continue to talk to whichever millionaire she’d caught the attention of this time. And that’s when I saw him for the first time. The man who would change my life, change me, forever.

We were still a little way from the start of the awards. The waiters were clearing the deserts away from the now messy tables. A group of men from a table in the centre of the room got up and headed towards the exit - past my table. As they moved through the room, there wasn’t a head that didn’t turn to look at them. And the reason was right in the middle of group. As he got closer I felt my chest tighten and my heart begin to beat harder, like it was being hit with a lump hammer.

Asking for It by Louise O'Neill
Recreated by Colleen Houck
The King of Fear: A Garrett Reilly Thriller by Drew Chapman
The Paua Tower by Coral Atkinson
Looking for Marco Polo by Alan Armstrong
His Most Wanted by Sandra Jones
Awakened by Walters, Ednah
Ritos de muerte by Alica Giménez Bartlett
American Savior by Roland Merullo
Far-Fetched by Devin Johnston
Our partner