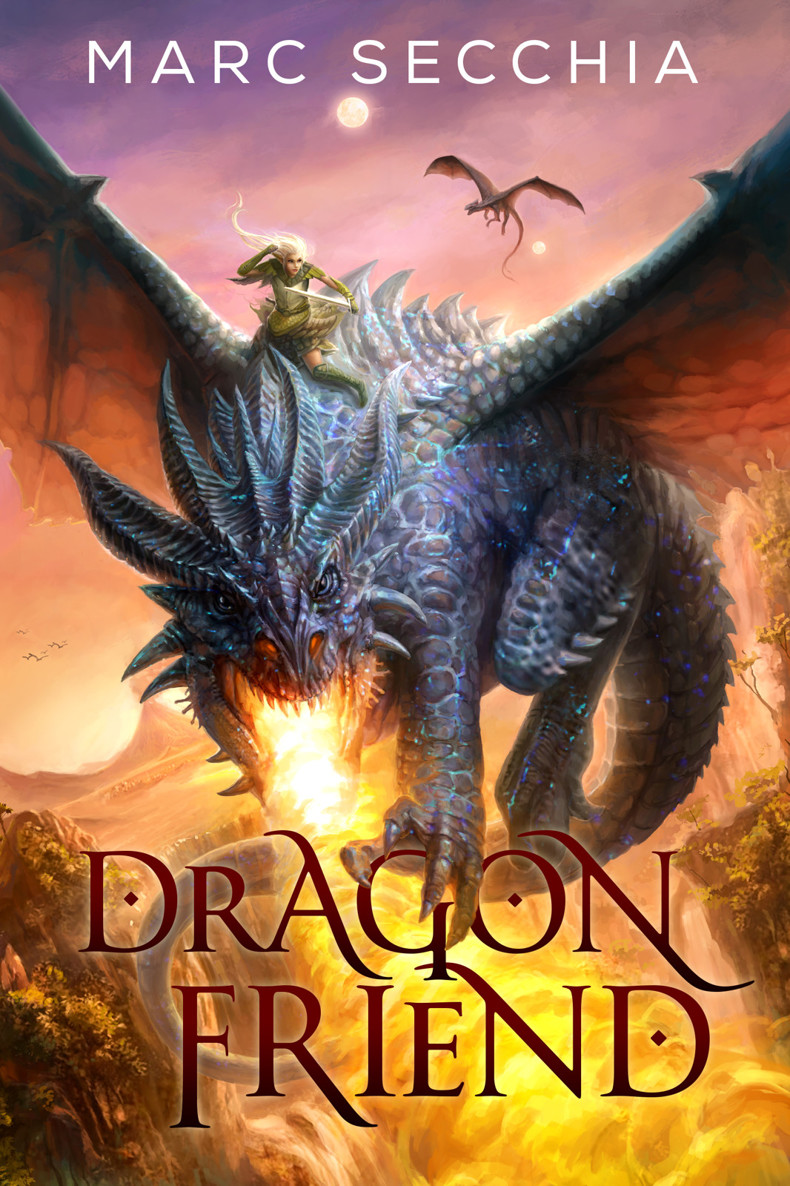 All rights reserved. This book or any portion thereof may not be reproduced or used in any manner whatsoever without the express written permission of the publisher and author except for the use of brief quotations in a book review.

May the ageless wisdom of an Ancient Dragon

May you fly as high as a mighty Dragon

To all the Islands of your life.

And may the matchless courage of a dragonet 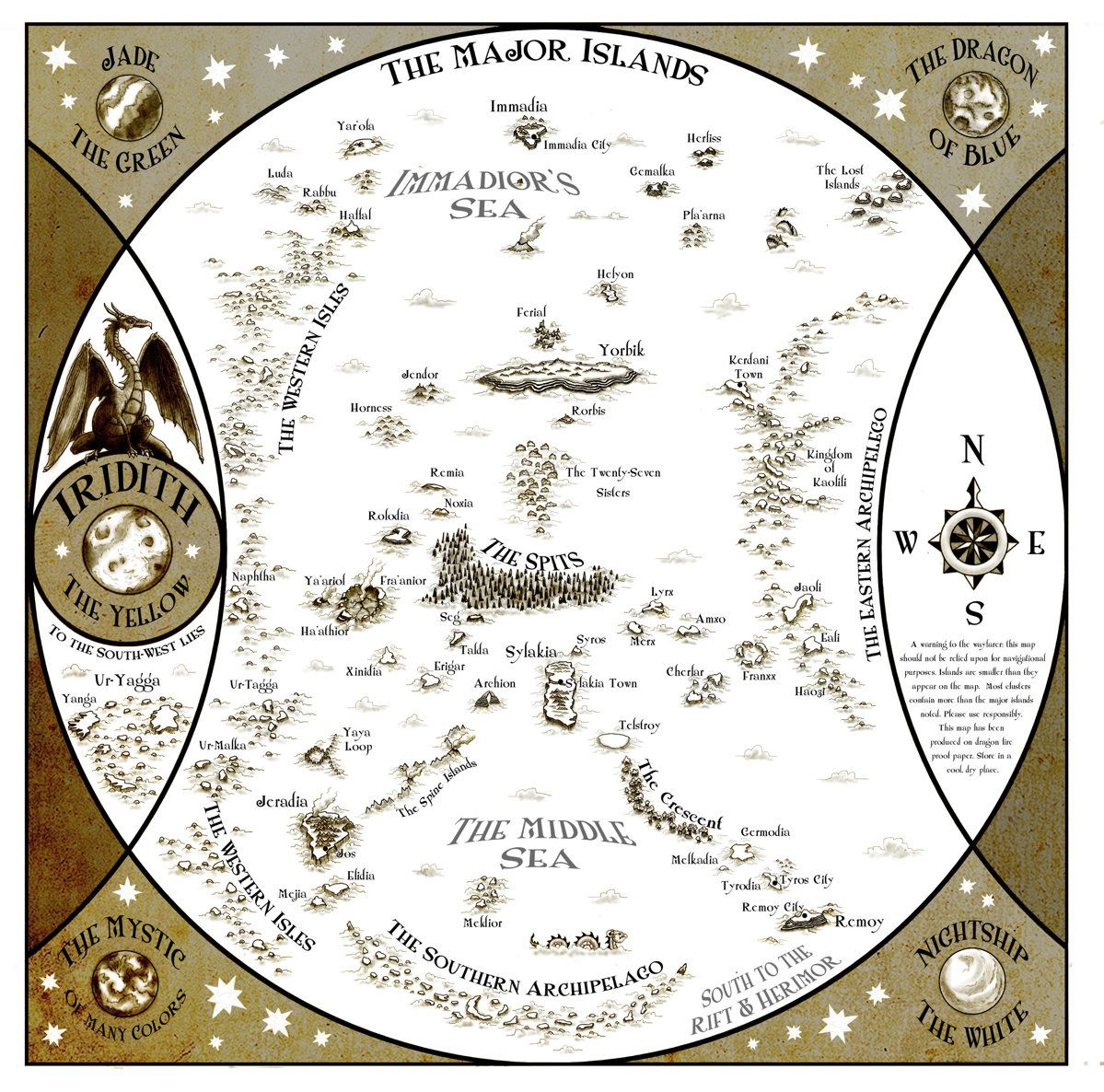 T
wisting free FROM
her manacles, Lia surged to her feet. She rapidly gathered a six-foot length of chain between her hands.

At her sudden movement, startled oaths burst from two young soldiers assigned to their cabin. Clad in the midnight-blue of Fra’anior’s Royal Guard, the soldiers watched over Lia and Fyria, her royal sister, as a Dragonship bore them into exile–likely, to a place of execution.

Eyes bulging, the soldiers whipped out their swords. One snarled, “Not by the fires of this caldera, you aren’t!”

“Here,” said the other, crooking his finger in a crude gesture. “Little girl want to play–
urk!
”

Lia lashed out with the chain as he spoke. The metal links snaked around the man’s neck. She sprang sideways, up against the Dragonship’s cabin wall. Using her captive as a counterbalance, Lia stepped briefly along the lightweight wall to avoid the first soldier’s lunge, before dropping nimbly behind him. A swift kick of her slipper-clad foot propelled the man into the corner where her Royal Highness the Princess Fyria’aliola of Fra’anior–Fyria, for short–lay in chains.

Planting both of her feet, Lia used her full weight to spin the chained soldier about. His forehead struck a metal stanchion with a meaty smack. The soldier slumped. Unholy windrocs, that crazy manoeuvre had worked? No time to exult.

“Aye, I’m little,” she snapped, relieving the man of his sword. “Want to play some more?”

Lia swayed away from his flickering blade. She pirouetted into her parry with the poise of a skilled dancer. A cut appeared on her arm as if by magic. She flung her elbow upward, catching the soldier in the throat. As he choked, Lia finished him with a sharp rap of her sword pommel to the base of his skull.

The cabin door crashed open. Half a dozen soldiers boiled into the room, led by the hard-bitten Captain of the Royal Guard, Ra’aba. “You,” he growled. “Ever the troublemaker!”

“Traitor!” Lia spat in return. She raised her blade.

Captain Ra’aba, called ‘the Roc’ after the windroc, a ferocious avian predator with a wingspan of up to eighteen feet, stilled his men with a gesture. “Hualiama,” he said, his scarred face twisting into a grin as he mangled her full name with great force, “Little Lia. I trained you myself. How can you possibly hope to best me?”

She said, “I can’t. But I will protect my family–”

“Your
family?
” he snorted. “You’re a royal ward–about as much a Princess as I am.” When she only raised her elfin chin as if wishing to skewer him upon its point, he added, “Everyone knows you’re an unwanted, bastard whelp of a cliff-fox the Queen took pity on.”

Hualiama flushed hotly. “At least I’m not a worm who betrayed the people who gave him everything. Go cast yourself into a Cloudlands volcano–”

Ra’aba drew himself up with a sneer. “You forget you’re speaking to the future King of Fra’anior, girl. Now, kneel and swear fealty, or it is I who will be casting you off this Dragonship.”

Relish twisted his lips; the harshness of his scorn unnerved her. Little Lia. The nickname she hated more than any other.

Staring up into his flat, fulvous eyes, Hualiama realised why she had never trusted this man. Her sword-point wavered; the Roc still had not drawn his weapon. She knew how fast he was with a sword. Ra’aba had never been beaten. If the legends spoke true, no weapon had ever touched him, neither in training nor in battle.

“Last chance,” he said. His stance bespoke nothing but absolute command and confidence. Lia tried to summon her courage back up from her boots, as the Isles saying went. “Girl, you’re fifteen summers of age. You’re a foot shorter than I am, hopelessly clumsy with a blade, and if I’m not mistaken, today’s your birthday. Choose wisely. Choose life.”

“Just as you’re promising life to my family?”

“Banishment,” he shrugged. “Uncomfortable and permanent, aye, but hardly deadly. After all, which Fra’aniorian Islander would accept me if I had royal blood on my hands? King Chalcion will abdicate; I shall ascend the Onyx Throne in his stead.”

He rolled his muscular shoulders, a silent threat. “Now, haven’t you fomented enough grief for one day, Hualiama? Join me, and I’ll promise you a place in my kingdom.”

Her family! Her little brothers! She did not care greatly for haughty, vain Fyria, but she loved her brothers and her mother, Queen Shyana, to distraction. Just that morning, the Roc’s men had staged a bloody, well-planned revolt. Lia had killed two soldiers with her own hand while protecting Princess Fyria, only to wake on Ra’aba’s Dragonship with a lump on her head and no memory of the balance of the day. Judging by the low, ruddy rays beaming in through the porthole, evening approached.

The Dragonship flew southwest, she calculated. Had they already crossed the rim of Fra’anior’s volcanic caldera? Would his threat land her on one of the rim-Islands, such as Ha’athior, or drop her into the Cloudlands, the realm of deadly, opaque gases which lay more than a league below the Human-inhabited Islands of her home?

She could not beat seven elite soldiers.

Allowing her shoulders to slump and her lower lip to quiver, she said, “You win, Ra’aba.”

He began to nod.

With a snap of her wrist, Lia hurled the sword at him.

Almost, the ploy succeeded. Had the Roc not been wearing metal wristlets, or had the blade struck his body armour slightly more squarely, Ra’aba would have been gutted like a ralti sheep prepared for a spit-roast. To her dismay, the blade deflected off his left wristlet, tearing a shallow gash in the armour above his hip. Blood welled up immediately, but not much.

Men piled on her. Grunting, wriggling, elbows and knees thrashing, drawing their curses as she jabbed a man in the eye … the soldiers subdued her, wrenching her arms behind her back, putting a dagger to her throat. A rough hand gripped her headscarf together with a handful of her pale hair, jerking her head upright, forcing her to meet the Roc’s gaze.

Ra’aba glared at her, the set of his scarred mouth so draconic, that Hualiama pictured him changing into a Dragon and lunging at her, talons poised to rend her flesh. His fingers explored the cut at his side. Ra’aba wiped the blood across his mouth, sucking the crimson off his fingertips with cold deliberation. Murder blazed in his eyes.

The Captain growled, “Fine. Let her go. Give the girl a weapon.”

“Give her a cursed sword!”

Hualiama shook off the hands holding her, tasting blood in her mouth, too. A sword hilt pressed into her fingers. Her heartbeat raced off over the Cloudlands. She confronted the man said to be the most dangerous swordsman in the kingdom. He was tall and heavily muscled, yet possessed of a lithe elegance of movement that had always struck Lia as improbably feline. The burns splashed across his left cheek, running from his eye down across the corner of his mouth, flamed reddish-purple beneath the inimical fires of his narrowed eyes. He meant to kill her.

This was no way to spend a birthday. Mercy.

He snarled, “Nobody cuts the Roc and lives to tell the tale!”

Captain Ra’aba’s attack jarred Lia so powerfully that her teeth clacked together. He was a supremely skilled swordsman, but he hacked at her in a demented fury, by sheer strength beating her backward across the cabin. Always, Hualiama felt graceless with a blade in hand. Jerking this way and that, she kept Ra’aba out with a flurry of desperate parries. Great Islands, how could any man be possessed of such demonic strength? The Roc pounded Lia to her knees.

“Get up!” His finger crooked beneath her nose. “Fight me, you little dragonet. Fight!”

When Lia rose, he smashed the blade out of her numb fingers.

Fyria shrieked, drawing Ra’aba’s attention for a fraction of a second, allowing Lia to kick off the wall and upset his balance. As she darted past, the Captain swivelled and slashed at her unprotected back. The blade bit deep.

Hualiama arched in agony, grabbing for the air, for a wall, for the mail shirt of a soldier who kept her upright with a rough thrust of his forearm. The soldier spun her about; Lia’s green eyes flicked to Ra’aba, who bowed slightly, his expression turned unaccountably gentle. Lia wondered if he had decided to end his lesson. Had his pride not been satisfied by that cruel cut? She felt nothing, as though the nerves had been amputated so suddenly, they had been unable to signal her brain. Then, the muscles of his jawline hardened. Lia stifled a sob. Warmth dripped down her back, each drop a wordless testimony to the gravity of her wound.

“Pick up the sword, girl,” he ground out.

Several soldiers sighed, but no-one lifted a finger to help her. Fyria’s sobs from the corner betrayed what they all knew. Stiffly, Lia retrieved the fallen sword. She wondered if Ra’aba’s stroke had chipped chunks of bone off her spine. Her flesh flapped loosely, slapping against her back with a wet, plopping sound. Now, the pain roared through her like a hunting Dragon bellowing his paralysing challenge. Whiteness crashed over her vision. Lia pressed against the wall to keep from falling. Stand. Lock the knees. Fight!

Fire from the Rock by Sharon Draper
Filthy Rich 1 by Scarlett Skyes
Back on the Beam by Jake Maddox
La Venganza Elfa by Elaine Cunningham
Sleeping Love by Curran-Ross, Sara
Cold Hands by John Niven
As He Bids by Olivia Rigal
Sinfully Sexy by Linda Francis Lee
thevirginchronicles by Willows, Jennifer
Silk and Stone by Deborah Smith
Our partner