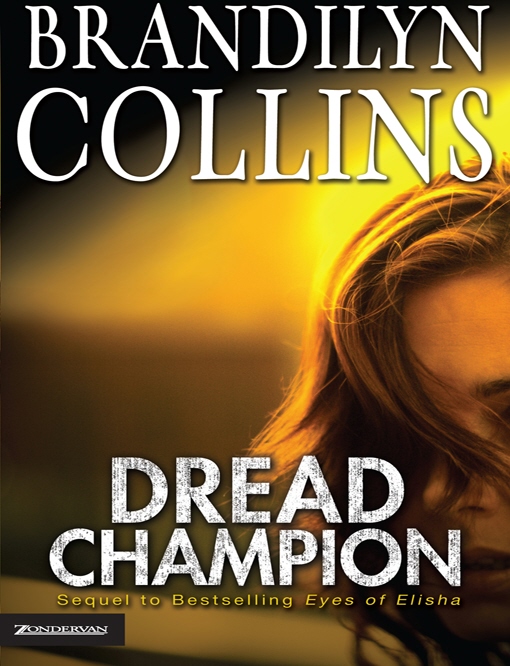 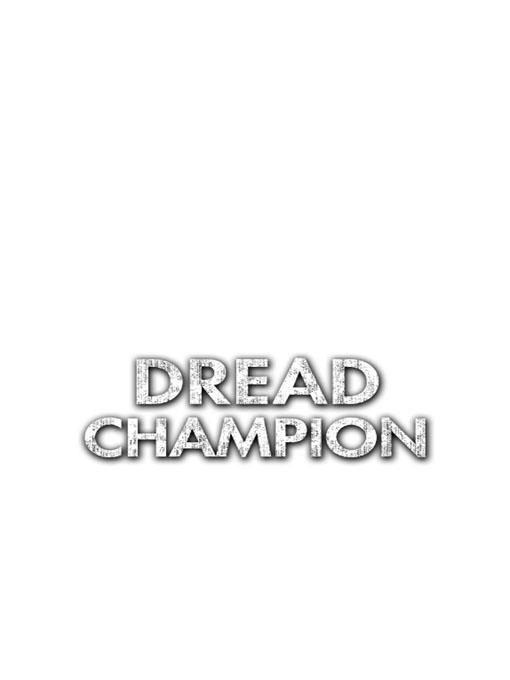 Other books by Brandilyn Collins

1
Â
Cast a Road Before Me

2
Â
Color the Sidewalk for Me

3
Â
Capture the Wind for Me 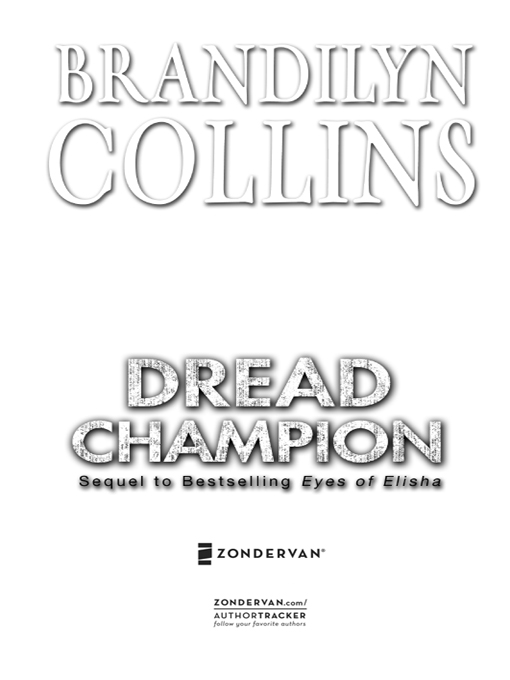 All rights reserved under International and Pan-American Copyright Conventions. By payment of the required fees, you have been granted the non-exclusive, non-transferable right to access and read the text of this e-book on-screen. No part of this text may be reproduced, transmitted, downloaded, decompiled, reverse engineered, or stored in or introduced into any information storage and retrieval system, in any form or by any means, whether electronic or mechanical, now known or hereinafter invented, without the express written permission of Zondervan.

Requests for information should be addressed to:
Zondervan,
Grand Rapids, Michigan 49530

All rights reserved. No part of this publication may be reproduced, stored in a retrieval system, or transmitted in any form or by any meansâelectronic, mechanical, photocopy, recording, or any otherâexcept for brief quotations in printed reviews, without the prior permission of the publisher.

For Ryan Matthew Collins.
This is my version
of a single white rose.

F
or me the word of the L
ORD
has resulted in reproach and derision all day long. â¦ I have heard the whispering of many â¦ watching for my fall, say: “Perhaps he will be deceived, so that we may prevail against him and take our revenge on him.” But the L
ORD
is with me like a dread champion; therefore my persecutors will stumble and not prevail.

Many people generously gave of their time as I wrote this book. I'd like to thank these professionals for granting me interviews on myriad subjects: Gery Sterling, D.D.S., good-naturedly answered some rather strange questions about teeth. Lynne Jacobs, executive director of Adopt International in Redwood City, took time out of her busy schedule to talk both about the procedures of adoption and about her personal passion for her work. Charles Robinson, assistant administrator for San Mateo County's Private Defender Program, went over many details of how a defense attorney would handle a case such as the one presented in this story. And James Wade, San Mateo County deputy district attorney, gave me the prosecutorial side of things. Redwood City police officer Todd Hurst outlined the various jobs of law enforcement professionals in regard to missing persons and murder cases.

These folks know their stuff. If you find errors within these pages,
mea culpa.

A special thanks to my wonderful friend Jacqueline Clark, who drove around Salinas and nearby beaches with me, helping me note exact driving times and details. Jacqueline also critiqued the manuscript, along with my respected writer colleagues Niwana Briggs and Randy Ingermanson.

As always, special thanks to my agents, Jane Jordan Browne and Scott Mendel of Multimedia Product Development, and her team. And of course my utmost gratitude to my editor,Dave Lambert, and all the terrific folks at Zondervan. They are heaven-sent.

Most of all, God, omnipotent and full of mercy, saw me through the worst days of writing this book, when I thought I had no more to give. May he be glorified by this story about his ultimate power and grace.

And now a word of explanation about the locations within these events.As with
Eyes of Elisha,
the first book in this series, I have begun with real places, at some point jumping off into the chasm of fiction. Breaker Beach is fictional but all surrounding beaches are real. Latitude and longitude and information about currents and tides are based on nearby Moss Landing Beach. The general areas of Salinas are true to life, as are some of the streets mentioned. And the exact location of Darren Welk's house is real, although that rich plot of earth is certainly not owned by the “Salad King.” As for the hardworking ranchers of Salinas and surrounding areas in Monterey County, they are indeed larger than life.We have them to thank for most of the vegetables and salads on our dinner tables. In fact, it is true that ranchers in Salinas are credited with creating the readymade, bagged salads in today's grocery stores. However, my character Darren Welk, who is given the credit in
Dread Champion,
is in no way based upon any real rancher in Salinas. Nor is the character Enrico Delgadia based upon any real person. Of course the San Mateo County Courthouse in Redwood City does exist. People familiar with it will recognize most of the description.Occasionally I have made some changes, adding a door or bench as the story required. Finally, Channel Seven (ABC affiliate) is a respected source for news in the California Bay Area. But they do not employ a Milt Waking, nor is the character of Milt based on any Channel Seven reporter.

To quote the character of Geoffrey Chaucer when he was caught fictionalizing in
AKnight's Tale,
“I am a writer. I give the truthâscope.”

So allow me some scope and come on, get in. Let's go for a ride.â¦

After twenty years of midnights among the dead, Victor Mendoza didn't spook easily.

The graveyard shift at the graveyard. His superstitious mother had shaken her head when he first took the job. Victor didn't care. You want to talk fear, he'd told her, fear was the night he was four years old, clinging to his papa's bony back as they scuttled like rats across the U.S. border.

“They don't scare me half as bad as the living.”

Brothers Memorial Cemetery was oddly shaped at its rear, one corner crooking like an arthritic finger around the edge of Darren Welk's sprawling backyard. A single line of ancient gravestones formed that finger, an incongruous add-on years before the Salinas Valley sprang to life with ranches and crops. Victor didn't typically patrol the crook; no need to.Whoever once tended those graves had long passed on. His job was to protect the graves of those whose loved ones still visited Brothers Memorialâfolks whose money greened the cemetery and surrounding valley. Rich folks like Darren Welk, whose parents were buried on the eastern hill.

But that night something caught Victor Mendoza's eye, and he ventured in for a look.

Chilly air wafted around Victor's face as he stealthily drew near the edge of the crook, his breath puffing in a fog. A crescent moon slung itself against a hazy sky, stingy with its light.He hunched, fists curling and uncurling, about three feet from the rusty barbed wire fence running the perimeter of the cemetery.His eyes widened as he realized what had caught his attention. A shadow. Grotesquely tall and skinnyâa warped silhouette spilling across the entire driveway leading into the Welks' garage. The aberration moved in steady rhythm, spindly arms stretching, pulling back, stretching, pulling back.Victor stopped breathing and tilted his head, listening.A vague sound rolled toward him, then sharpened into pattern.
Crunch, hiss. Crunch, hiss.
In beat with the shadow's movement. Slowly Victor's eyes followed the shadow's extremities to its bent shoulders, along its narrow torso, down a stick-figure leg. There it connected with a stocky man on the far side of the driveway, feet wide apart, shovel in his hands, digging. He extended his muscular arms, and the skinny silhouette arms slid across cement.
Crunch.
The shovel connected with ground.He arced the shovel back and to the side, shadow arms mocking.
Hiss.
Dirt and tiny rocks flowed off onto a growing pile.A large potted bush, similar to others already planted alongside the driveway, sat a few feet away.Victor's eyes fell on a blazing lantern on the ground behind the manâthe cause of his shadow. The light illuminated the man's trousers, haloing his back, fading into an umbra behind his head. But Victor Mendoza saw just enough of the features to recognize him. Anyone in the valley would know this man.

Slowness by Milan Kundera
Prototype by Brian Hodge
Call Me Ismay by Sean McDevitt
Under the Tuscan Sun by Frances Mayes
A Shade of Vampire 8: A Shade of Novak by Bella Forrest
Moon by James Herbert
My Despicable Ex (Book 1) by Sierra Rose
Smoke and Ashes by Tanya Huff
Worth the Risk by Anne Lange
Warrior Chronicles 5: Warrior's Curse by Shawn Jones
Our partner