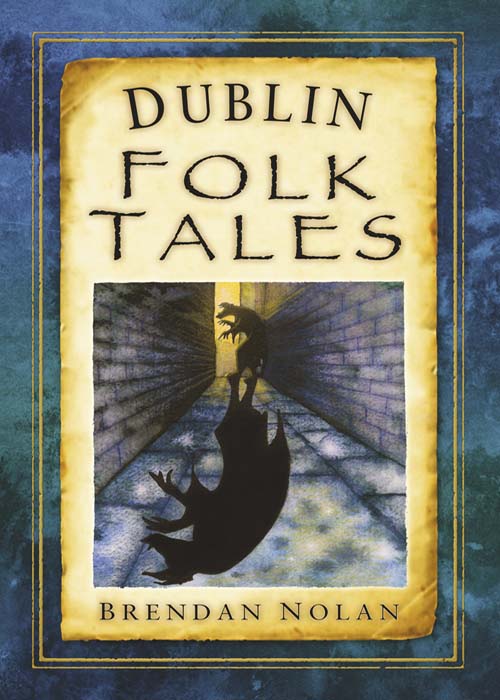 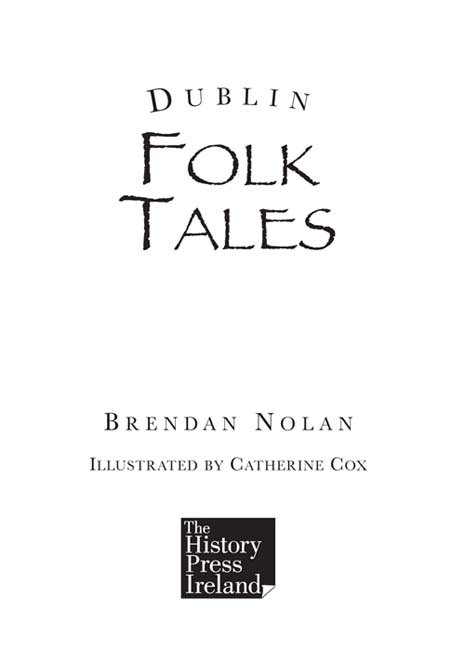 For Rory and Kevin; sons and brothers both.

4 Two Mammies and a Pope

10 Revd Jackson Dead in the Dock for a Day

26 Marsh’s Library and the Runaway Teenager

It is very hard to be a storyteller in Dublin for everyone has a story to tell if you will but listen.

It is not long since Dublin was more of a large town than a city. Most people will know something about the background of any story you choose to tell. Even if they do not know someone in a story, they will know his sister-in-law’s friend from down the road, or perhaps their cousin played football against him fourteen years ago come February next. And they lost by one goal in extra time. And they are still blaming the referee for defeat. So, if you are adding colour to a story you must be careful to disguise the characters very well.

Stories are never told the same way twice. The core of the story remains the same but the teller adapts the story for the listener instead of reciting an ancient tale as if it was written in stone, with not a pebble out of place or of a different hue to the original.

Mostly, storytelling is about telling a story well so that both listener and teller create the story together. The role of the storyteller is that of entertainer, historian, philosopher, healer and soothsayer all rolled into one. If you tell a story well, it becomes a real and living tale even if the characters lived thousands of years ago. I have told old stories about real people, only to have someone come to me afterwards to
whisper a question asking if I was really talking about Peter, or Paul, or maybe even Mary, when I called the character Dermot. Very few ever identify the real person, and I never, ever confirm anything, for I will tell the story somewhere else to another audience. Next time, I will change it again in some little way.

I tell stories in live settings, to audiences ranging from just two to many hundreds of people, stretching away into the darkness of a theatre, conference hall or festival. I tell stories on radio, online on my website
www.brendannolan.ie
and in books.

This collection of stories are written, so in that sense, I cannot change them for you when next you read them; but if you happen to re-tell them, you are free to play with the details of the story, so long as you stay true to the core of the tale. For that is the pact between teller and listener: the teller tells true.

Characters abound in these tales and you will recognise in the older ones the antecedents of today’s street chancers and charmers. We hear how two tinkers bested a toll taker on Ha’penny Bridge and how the legless Billy-in-the-Bowl seduced his victims so he could rob and kill them. You will read also of the neighbour of Blessed Matt Talbot, who sold bits of the dead man’s bed until there was no more to be had and then produced an unending supply of relics for sale. A seventeenth-century archbishop returns as a ghost after he is publicly hanged and another clergyman is left sitting in the dock for a day after he died because he expired before
the judge could sentence him to death. We try to understand how a man could successfully propose marriage to the wrong woman on St Valentine’s Day and we wonder just who Molly Malone really was. Wakes and headless coachmen and the quaint customs of honeymooners are all here, including the tragic story of the newlyweds who appeared on the street the following morning to violently attack one another with their new matching hatchets. How a boy negotiated a new pair of shoes after losing one shoe in the river is told here for the first time. Dublin characters Bang Bang, an adult child who shot everyone he met with a large key, and Detective Lugs Brannigan who did his best not to be shot by real crooks with real guns are both here. There is the story of the landlady who actively robbed from her guests while charging them for overnight accommodation and the tale of the television thieves that were unmasked by their dog is told along with the story of the phantom dog of St Patrick’s Cathedral. How a married man came to be wearing a green wig while pursuing his girlfriend down Temple Bar is included as is the routing of post office thieves at Christmas by a loaded mother with a gun. The story of Marsh’s Library and the runaway teenager is told here, as is the legend of the Holy Coal and the miracle of the woman that walked after years in bed. They say that Little John of Sherwood Forest was hanged in Dublin and we recount that story so you may make up your own mind. You can wonder at the soundness of the verdict in the case that became known as the Ireland’s Eye Tragedy and you can wonder at the strange lives of cats in Dead Cat Bounce. Stories from real Dubliners caught up in the Phoenix Park and North Strand bombings are included as is the story of the man that had a few fits too many in the local baker’s shop. Another cat appears in the story of Dublin’s Hellfire Club, only this time he is the devil. Or, so they say!

You must make up your own mind, for as always, the devil is in the detail of a story well told.

It is hard to shake a story off when people believe it to be true. They tell others, who tell others, and so on, until the whole world gets to hear it. It happened to one lady in Dublin. No matter what she did or said, it became common belief that, while she was born unblemished in form and from fine stock, she bore the head of a pig.

Dr Steevens’ Hospital used to be a major city hospital that catered for the needs of the local population living out along the roads to the west. It was located beside Heuston station and a short distance from Phoenix Park, the Zoological Gardens and the Hibernian Military School. It was a busy place at its height and stories are often told about places where people gather.

It was believed that the mother of its founder had given birth to a baby girl that bore a pig’s head. It was also known that the hospital’s benefactor was that afflicted child, grown to womanhood and a life of seclusion within the hospital. At least, local folklore said it was so.

Small children heard this story from larger children who heard them from older children and from young adults. And if a parent or grandparent was asked for provenance they would nod and say, ‘So I have heard.’ Such a generational imprimatur was powerful and resulted in the place being avoided at all costs. Not an easy choice if you faced a
medical emergency in the days of rudimentary medical care when surgeons still opened stolen cadavers to learn how the body worked.

Who wanted to say the stories were not true? For who would wish to encounter a human being with a pig’s head on a dark Dublin street when weak lamps flickered and shadows danced in between? How would you reason your way out of harm with such a creature? You might run away in daylight, but at night, who was to say what could happen if you stumbled in flight or if the stranger proved to be swifter of foot?

Folk tales and stories travelled from place to place and between the seventeenth and nineteenth centuries a rumour spread across Europe that a number of girls in different places had been born with a normal body but with the head of a swine. That each was of a wealthy family added wonder to the tale. The belief is said to have begun with the story of a pig-faced bride who was offered a choice: to appear to be ugly to her new husband and beautiful to everyone else, or ugly to others and beautiful to her husband. Witchcraft was said to have been involved in the physical appearance of the woman.

She chose to appear best to her husband because he had chosen her while she was afflicted with porcine features, not for her wealth or standing, but for her intrinsic beauty. In time, it being such a heart-warming story, the witchcraft element fell away and the story was presented as triumph over adversity and as good receiving its reward. It was only a short step from a folk tale of witchcraft to a definite narrative about specific individuals.