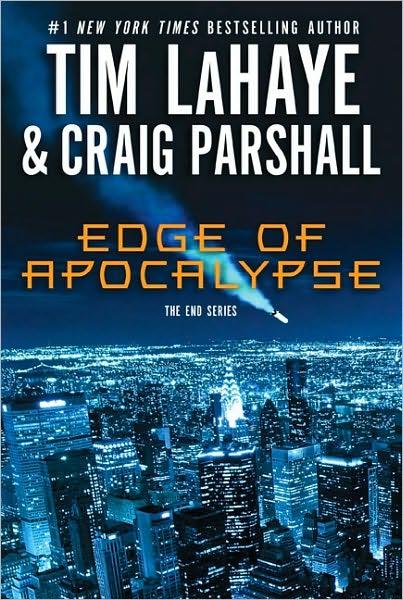 Finding the Will of God in a Crazy, Mixed-Up World

How to Win over Depression

Anger Is a Choice
(Tim LaHaye and Bob Phillips)

The
Act of Marriage: The Beauty of Sexual Love
(Tim and Beverly LaHaye)

All rights reserved under International and Pan-American Copyright Conventions. By payment of the required fees, you have been granted the non-exclusive, non-transferable right to access and read the text of this e-book on-screen. No part of this text may be reproduced, transmitted, downloaded, decompiled, reverse engineered, or stored in or introduced into any information storage and retrieval system, in any form or by any means, whether electronic or mechanical, now known or hereinafter invented, without the express written permission of Zondervan.

Requests for information should be addressed to: Zondervan,
Grand Rapids, Michigan 49530

This is a work of fiction. Real people, companies, and products are mentioned to give the book more of a sense of reality, but all dialogue and incidents in this book are the product of the author's imagination.

Any Internet addresses (websites, blogs, etc.) and telephone numbers printed in this book are offered as a resource. They are not intended in any way to be or imply an endorsement by Zondervan, nor does Zondervan vouch for the content of these sites and numbers for the life of this book.

To those who believe that out of the chaos of our rapidly changing world something momentous is about to happen...

To those who wish to face the uncertainties of the End of the Age with an understanding of Biblical prophecy...

And to those who want to enjoy God's wonderful plan for our future...

Part One Under the Nuclear Shadow

Part Two When the Lion Tells the Story

PART ONE
Under the Nuclear Shadow

Richard Garwin, a designer of the hydrogen bomb, was called by Nobel Laureate Enrico Fermi "the only true genius I had ever met." Testifying to Congress in March 2007, Mr. Garwin estimated a "20 percent per year probability of a nuclear explosion with American cities and European cities included."... My Harvard Colleague, Matthew Bunn, created a model that estimates the probability of a terrorist nuclear attack over a ten year period at 29 percent.

Return to sender,
Address unknown.
No such number, No such zone.

Blessed is he who reads and those who hear the words of the prophecy, and heeds the things which are written in it; for the time is near.

In the Not-Too-Distant Future

At twelve thousand feet, alarm bells started going off all over the cockpit of the Navy EA-6B Prowler. At first Captain Louder thought they'd run into a flock of birds, but they were much too high up.

Captain Louder glanced quickly at the jet engine to his left. No smoke, no oil. He glanced to his right. The other engine appeared equally sound. Everything seemed normal, but the instruments said otherwise: pressure dropping, fuel gauge empty, altimeter and directional indicators completely out of whack.

Though the crew was good at their jobs, they were young, and the person they usually looked to for answers was Captain Louder.

"Sir," said Lieutenant Wilson hesitantly, "all I can think of is that we were hit with some kind of massive electromagnetic charge, either internal or external, fried all our instruments or..."

"Or the Koreans have some new kind of sophisticated jamming system."

"We're supposed to be doing the jamming, not them."

The Prowler's chief mission was reconnaissance and radar suppression, its weapons sophisticated electronic jamming equipment and a single HARM--high-speed anti-radiation missile--that could seek out and destroy enemy radar defenses all on its own.

"More likely we ran into Santa Claus," growled Captain Louder as he fought to maintain control of the stick and keep the aircraft steady, "but it's only September." He didn't need guesses now; he needed solutions--and fast.

"We're twenty minutes early on our verbal, sir. They're not going to respond," said Lieutenant Stewart.

"Or else the radio's dead too. Anything still work on this plane?"

The youngest of the three ECMOs, Lieutenant Derrick Milius, a pimply faced twenty-one-year-old from Lubbock, Texas, shyly pulled an iPod out of his shirt pocket. He plugged it into the aircraft's intercom. The twangy strains of Hank Williams Jr. filled the cockpit.

Wing Commander Charles Stamper chomped down on another stick of Nicorette gum. What he really needed was a cigarette, but the base had recently gone smoke-free, and he had to lead by example.

"No. We have strict orders to maintain radio silence all along the parallel."

A tinny version of Hank Williams Jr.'s "Born to Boogie" seeped through the speakers followed by, "HQ Foxfire, this is Looking Glass; we have a situation up here; request permission to break off current flight path and return to base, over."

No one in the communications bunker said a word, waiting for the commander to speak; the only sound now his obsessive gum chewing.

"Do we respond
now,
sir?

Commander Stamper bit his tongue accidentally. The orders were explicit. No radio contact with planes over the DMZ. But he knew Captain Louder personally, probably owed him a few bucks from a poker game or two, and he knew he wouldn't break radio silence unless he had to. He also knew the captain wouldn't want to give out too much information over the radio. They both knew that the North Korean military, known as the Korean People's Army, or the KPA, were always listening, looking to turn every situation to their advantage. But still. Captain Louder was listening to music in the cockpit. Country music. Was that code for something? He wracked his brain but came up with nothing.

"Give them a couple clicks of the hand mic to let them know we heard." The commander turned to his flight officer. "Send up a couple fighters to check it out. Tell them to stay high and out of sight. Make visual contact if they can, but no radio under any circumstance."

He'd picked a bad week to give up smoking.