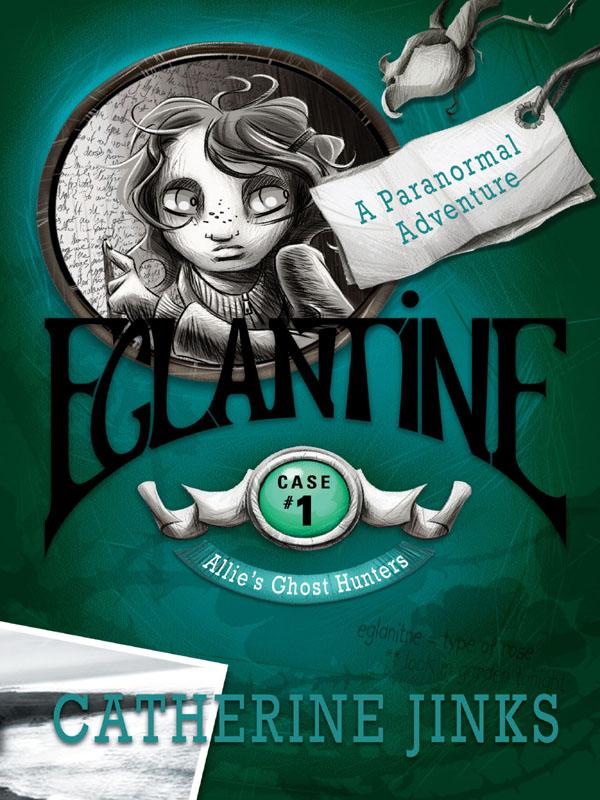 C
ATHERINE
J
INKS was born in Brisbane in 1963 and grew up in Sydney and Papua New Guinea. She studied medieval history at university, and her love of reading led her to become a writer. She lives in the Blue Mountains in New South Wales with her Canadian husband, Peter, and her daughter, Hannah.

Catherine Jinks is the author of over twenty books for children and adults, including the award-winning Pagan series. 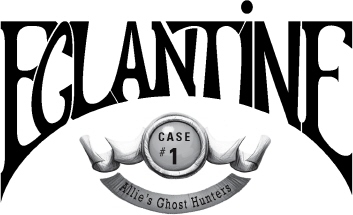 To Ursula Dubosarsky, who planted the seed

With special thanks to Janine Bellamy and
PRISM International

It happened after we bought this house.

I couldn’t believe that Mum was serious, at first. She’d been going on and on about how wonderful it was, how it had been built in 1886, how it still had its slate roof and two original marble fireplaces . . . that kind of thing. But then, when we got out of the car, we came face to face with this dump. (Half of its windows were boarded up!) It was a terrace house, squashed between two other terrace houses, with a tiny patch of front garden and a sign out the front that said ‘For Sale’. Only it wasn’t for sale any more.

Mum and Ray had bought it.

‘Needs a bit of work,’ said Mum as she opened the front door. ‘Look, kids! Look at the lovely patterns on the ceiling! I’m going to have all that linoleum taken up, and the floorboards polished. And everything will be painted, of course.’

Bethan sniffed. ‘It stinks,’ he offered.

‘Well, that’s because there were squatters living here for a while. But the smell will go.’ Mum turned to Ray. ‘I’ve aligned the
bagua
,’ she said, ‘and the Gate of Chi is in six, so that’s okay. In fact the whole alignment’s pretty good.’

Ray nodded. I should explain that while Mum may work in a bank part time, she’s also an artist’s model, and does some tarot reading on the side. What I mean is, she’s a bit of a hippy. And she believes in all that Feng Shui stuff, where your house has to be arranged properly, for good luck.

I’m not sure if I believe in it or not.

‘The kitchen’s a disaster,’ she said, leading us down the hall. ‘We can live with the bathroom, but not the kitchen. I think I’ll have the whole lot ripped out and replaced.’ She said that the stove would have to be moved, because it was right next to the refrigerator – a placement that would cause ‘danger and conflict’. Unless, perhaps, she put a plant between the fridge and the stove, to allow a smoother flow of energy from water to wood to fire? But that still wouldn’t cure the bad placement, because the stove was sitting under the window. ‘No,’ she said. ‘I think we’d better start from scratch. After all, a kitchen is the symbolic source of wealth and wellbeing in any house. We can’t afford to get it wrong.’

No comment from me. Bethan remarked that the kitchen smelled like the old man at the railway station, and wondered aloud if
he
could have been living here. Ray wanted to know where his studio would be.

Ray is an artist, so he needs space to paint in. Mum met him when she was modelling for a life-drawing class, about five years ago. She likes his work because it’s not just a bunch of squiggles and splodges and abstract shapes. She says that abstract shapes create an environment in which people find it hard to finish things. Ray paints people and houses and fruit and chairs, but not trees. He spends forty hours a week drawing trees for the Department of Forestry, so he won’t paint them in his spare time.

Before Ray there was Simon, and before Simon there was my dad. But Dad lives in Thailand, now. He phones us about once a month.

‘Are the bedrooms upstairs?’ I asked, because the bedrooms were what really interested me. The main reason we’d decided to move in the first place was so that Bethan and I could have our own rooms. No eleven-year-old girl should be forced to share a bedroom with her eight-year-old brother.

‘Yes, the bedrooms are upstairs,’ Mum replied. ‘Yours is the one at the back, and Bethan’s is the little one next to the bathroom. You go up, if you like – I’ll just show Ray his studio.’

Ray’s studio was a kind of shed in the back yard; Mum said that it had ‘a lot of potential’. Upstairs, there were three bedrooms and a bathroom, all sitting one behind the other. The big front bedroom was for Mum and Ray, because it was the nicest, with glass doors opening onto a balcony. The bedroom at the back wasn’t as nice, or as big, but it had a view of some trees out the window.

I was standing there, wondering who had painted the whole room red (yuk!) and who had left a suspicious-looking pile of rags in one corner, when Bethan called out.

‘Allie! Come and look at this!’

‘Wow,’ I said, when I reached Bethan’s room. It was little and dingy, and it was covered with writing. There was writing scrawled all over the walls, the ceiling and the windowsills; only the dirty, shaggy old carpet had been spared. It wasn’t the usual sort of graffiti you see around the place, either. It looked as if it had been written with a pen – not spray-painted – and it was neat and small and dense.

So dense was it, in fact, that you couldn’t read most of it. Lines had been scribbled over other lines, layer upon layer of script. You could only vaguely tell that it was writing at all.

From a distance, the walls appeared almost black.

‘Why do
I
have to get the weird one?’ Bethan complained.

When Mum saw the room, she said that the squatters who had lived in it must have been on drugs. Then she told Bethan not to worry, because the next time he walked into his room its walls would be white, its floor would be polished, and its energy would be very positive. Give her a month, she said, and we wouldn’t know the place.

Well, she was wrong. Six weeks passed, and she was still fighting with tradesmen and poring over laminex catalogues. She was always going off to visit the new house, and bringing back things she found there. Once she brought back scraps of ancient newspaper from under the old linoleum. Once she brought back a dirty blue bottle. (She said it was an antique.) The best thing she brought back was a book, which had been shoved under one of the stair-treads for extra support. (The stairs also needed repairing.) It was a copy of
Idylls of the
King
by Alfred, Lord Tennyson – a book of poetry – and it was mouldy and speckled and eaten up by rats (or perhaps cockroaches). But you could still read bits of it, including the inscription on the flyleaf. Someone had written,
Eglantine Higgins, 1906
, and underneath had scrawled,
A good book is the
precious life-blood of a master spirit, embalmed and treasured
up on purpose to a life beyond life. – Milton
.

We kept it for a while, that book, but we don’t have it any more. We got rid of it because . . . Well, you’ll see why. You’ll see why when I tell you what happened after we finally moved in.

Our possessions were transferred on a Tuesday. When Mum picked us up from school and brought us to the new house, all our furniture was neatly arranged, although most of the boxes still had to be unpacked. The walls downstairs were white and yellow; upstairs, they were all white. The floors gleamed. There was glass in every window. The kitchen looked great, with polished wooden cupboards and clay-coloured tiles on the floor. Mum had made new curtains and hung them in the bedrooms. Even our cat, Salema, seemed happy with the change.

Then I heard him complaining, and went to see what was wrong.