Read Elizabeth of York: A Tudor Queen and Her World Online

Elizabeth of York: A Tudor Queen and Her World 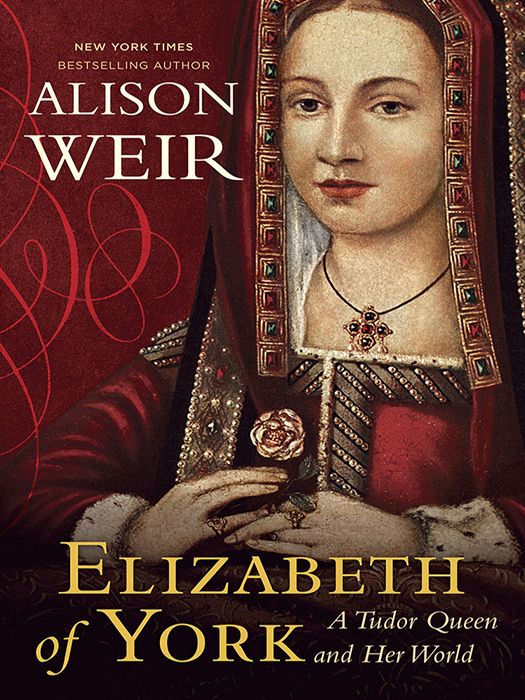 Published in the United States by Ballantine Books, an imprint of The Random House Publishing Group, a division of Random House LLC, a Penguin Random House Company, LLC, New York.

B
ALLANTINE
and the H
OUSE
colophon are registered trademarks of Random House.

Published in hardcover in Great Britain by Jonathan Cape, a division of Random House Group Limited, London as
Elizabeth of York: The First Tudor Queen
.

PROLOGUE: “NOW TAKE HEED WHAT LOVE MAY DO”

2
Edward IV and Elizabeth Wydeville with their children, stained-glass figures from the Royal Window in the northwest transept of Canterbury Cathedral,
ca
. 1480. With kind permission of Dean and Chapter Canterbury.

17
Bermondsey Abbey. (By permission of the British Library/
The History of London
by Walter Besant, London: Longmans Green & Co, 1893)

21
Autograph inscriptions and signatures of Henry VII and Elizabeth of York in a Latin missal of 1498. (Private Collection/The Bridgeman Art Library)

22
Elizabeth’s signature in
The Hours of Elizabeth the Queen
. (By permission of the British Library/Add. 50001, f.22)

25
A modern reconstruction of Fotheringhay Castle. (From a painting by Andrew Spratt)

26
The Paradise Bed. (Courtesy of the Langley Collection)

27
Engraving of Lathom House as it existed before the siege of 1630, by E. Finden, from a drawing by G. Pickering. (By permission of the British Library/
Traditions of Lancashire
by John Roby)

29
The tomb of Elizabeth’s second daughter, Elizabeth. (© Dean and Chapter of Westminster)

40
Elizabeth and her four daughters, artist unknown, nineteenth-century copy of a lost Tudor painting. (Courtesy of the collection of the Duke of Northumberland)

41
Henry and Elizabeth and their children in “The Ordinances of the Confraternity of the Immaculate Conception,” 1503. (Courtesy of the Governing Body of Christ Church, Oxford)

42
Henry and Elizabeth and their children from an early-sixteenth-century genealogy of the kings of England. (By permission of the British Library/Kings MS. 395 ff.32v-33)

43
Reconstruction of Hampton Court as it was when Elizabeth of York visited. (© Historic Royal Palaces)

45
The Minoresses Covent, Aldgate, after the fire of 1797. (City of London, London Metropolitan Archives)

47
Henry VIII mourning his mother, detail from The Vaux Passional, Peniarth MS. 482D. (By permission of The National Library of Wales)

48
Wooden funeral effigy of Elizabeth of York. (© Dean and Chapter of Westminster)

49
The funeral of Elizabeth of York. (By permission of the British Library/Additional MS. 45131 f.42)

51
The coffins of James I, Elizabeth of York, and Henry VII, as seen in 1869, by Sir George Scharf. (© Dean and Chapter of Westminster)

53
Tomb effigy of Elizabeth of York. (Courtesy of The Warburg Institute)

Sleepover Club Blitz by Angie Bates
Charlie Wilson's War by Crile, George
Arsonist by Victor Methos
From the Fire by Kelly, Kent David
A Night with a Vampire by Cynthia Cooke
Midnight by Sister Souljah
Lucky Alan : And Other Stories (9780385539821) by Lethem, Jonathan
Crash and Burn by Lange, Artie
Foal's Bread by Gillian Mears
The Demon Horsemen by Tony Shillitoe
Our partner