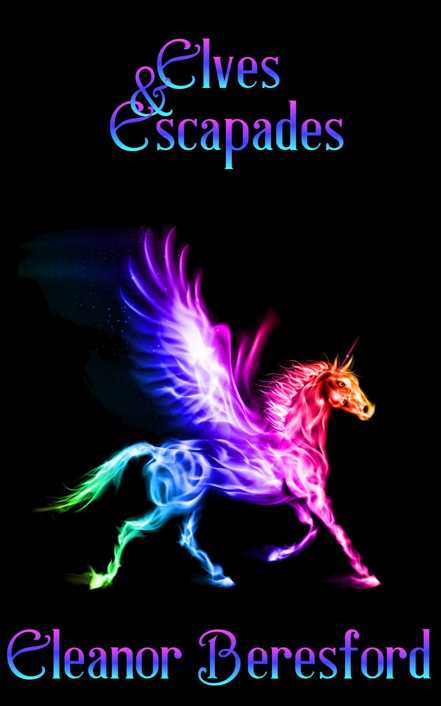 one Friendship and Other Illusions

For my beloved wife, Isobel,

and my precious son, Caius.

All rights reserved. This book or any portion thereof may not be reproduced in any manner whatsoever without the express written permission of the author except for the use of brief quotations in a book review or otherwise as allowed by law.

Permission to use the setting and characters in not-for-profit transformative fan works is granted.

IT’S A DISMAL thing, to be gated when you’re Games Captain. I know I deserve it. I can’t slap another girl and get away unpunished. Still, it’s utterly humiliating to watch the teams pile into the coach and be stuck on the driveway, knowing the First and Second—and the Second is full of West House girls this year, who have been vocal in thinking School House is unjustly favoured—know I’m making a mess of things in a position of leadership. My precious kids in the lower team must think I’ve let them down dreadfully.

When my own particular circle aren’t there to shut the others up, the girls must surely gossip about what on earth I could have done to bring this punishment down on my head. Away trips are a ripping treat, chattering and singing on the way, with the excitement of getting out of the school for a brief while and a bang-up tea with our hostesses. It’s quite ghastly being left behind.

I content myself with fervently wishing my teams luck and calling out so many last-minute instructions about teamwork and passing that even our easy-going Head Girl, Cecily Kettler, gives my shoulders an impatient little push.

“Stop fussing, old girl! We’ll have a splendid match and do you justice.” She must notice my face fall a little, because she converts the push into a brief hug. “You’ll be missed. And we’ll play hard for our Charley, won’t we, girls?”

There’s a cheer from the bus, even the West House girls joining in. I find myself grinning despite everything as the bus pulls out of the drive. They’re not a bad lot of girls, any of them.

There is one warm ray of comfort, at least. Rosalind Hastings doesn’t play hockey.

She keeps me company seeing them off and falls into step with me on the way back into the school. I don’t kid myself that she has suddenly developed a passionate interest in games and the welfare of the school teams. Since her break with her friend Diana Struthers, the recipient of the slapping that got me gated, Rosalind has developed a flattering and altogether endearing tendency to cling to my side when I’m free of prefect duties.

We walk slowly up the drive. We should by rights be heading into the school building and doing something useful. I feel oddly reluctant to go back inside, especially when I remember just how behind on my preparation I am. It’s too much, to expect me to concentrate on notes and composition when the rest of the team are having a riotous time on the coach.

Rosalind’s pale grey hair glows strangely in the grey light, elfin and odd. Autumn is fading rapidly toward winter. There’s less light and less sunshine and less precious riding and flying time, and being gated, I have no chance to make use of what little opportunity remains.

“I wish we could go down to the stables. Ember must be all out of condition,” I say, despondently. Rosalind has been angelic about running down to the Briar Stables every day to check on my pegasus for me, and bringing back detailed accounts from Miss Roberts, the stable owner, on his habits and welfare. “He hates the winter. Flame pegasi feel the cold so badly”

I kick at the grass by the side of the path, which is frosting over until it is as silvery as Rosalind’s plaits. Even in our cloaks and hats, it’s so cold that the breath hurts my lungs. I wish my friend Gladys White was here to use her fire magic warm us, but she’s off to play and enjoy bossing around the juniors, no doubt, although it’s Corona Smith of West House I have deputised to do so.

Rosalind squeezes my arm in sympathy. “Miss Roberts is trying a new kind of feed to keep his pecker up. Seems to be working. He keeps breathing out little puffs of flame.”

I grin at the thought. “I wish I could see him.”

“Just be a good girl and do as you’re told, Charley.”

I close my eyes, pouting a little. I detest waiting for surprises. When you have as many brothers as I do and someone like Esther Carmody as one of your best friends, you learn to be quite suspicious of anything done in secret.

I listen impatiently to the rustles and little movements. Rosalind seems to stand up for a moment, then sit beside me again.

“There. Cup your hands—no, don’t open your eyes yet. Close your hands more, so there’s just a little gap on top. Now, I’m ready.”

I’m a little puzzled. I open my eyes. Rosalind is glowing with cold and excitement. Curiously, I look down at my hands.

I catch my breath.

There is a tiny pegasus cupped in my hands, red flickering along his sides. As I watch, his wings spread and give off little glimmers of flame. He’s beautiful and perfect. He stamps the ground—stamps my hand, I mean—and folds his wings again, snorting.

“How in heaven’s name did you do that?” I reach out to the little thing with my mind, expecting to feel Ember’s hot and loving presence, and find only a little ball of crossness instead. I blink in confusion, and the pegasus shivers and shimmers into a frost fairy, tossing its blue-green locks in annoyance at being trapped. Startled, I relax my hands, and it zips up and away, scolding me in its chattering little voice as it escapes into the evening gloom.

“I called it and cast an illusion over it. I can’t make it last very long, though,” Rosalind says matter-of-factly.

Most people have one Gift, to a greater or lesser extent. I’m lucky, and unusual, in that I apparently have two Gifts. Rosalind has incredibly strong Fable Empathy and Healing, and it seems she has an unusually sensitive and delicate touch with Illusion, as well. Most people with the Gift can only create a very general impression of what they are thinking. The Ember fairy had been perfect in every tiny detail.

I think about Rosalind’s wide round eyes, her sharply pointed ears. I wonder, very much, exactly how much elvish blood she has. There aren’t supposed to be any real pure blooded elves left, of course—they left, long ago, leaving us with unicorns and fairies and dragons and certain magical Gifts. Of course, most of the noble families have more than a touch of elvish blood and they intermarry carefully in order to preserve and strengthen it. To have three Gifts, so strongly… Perhaps she is as close to pure blooded as humans get.

The thought frightens me. Our family gift is quite strong. My family have a drop of elvish blood, I suppose, to be so good with Fabled Beasts. We’re still hardly in the aristocratic class. If Rosalind’s blood is as pure as all that, then her family might not be exactly happy about her marrying even as nice an ordinary boy as my brother Harry and diluting all that precious magic ability, and all my plans to keep her always close will fall apart.

“You didn’t. Rosalind, why don’t you show Esther this? She’d be thrilled to know another Illusionist.”

“Mother always taught me it was bad form to flaunt my abilities,” she says, so primly that I laugh and squeeze her hand, dropping the subject.

I still wonder about her. Very much.

The school feels deserted, although of course it is not. Still, nearly forty girls have left on the coaches, and in a small school like ours, that’s a sizeable amount.

By common consent Rosalind and I head to her study. There’s always a chance that Diana will be in mine, and she’s hardly comfortable company these days. Rosalind’s study mate Frances White, excused from her position as Reserve owing to a bad headache, is helping some younger Guides towards their Cooking badges.

“Alone at last!” I sigh, as the door slams shut behind us. There is real pleasure at the thought. No matter how often I tell myself it’s better to avoid being alone with Rosalind, I can never quite stop myself taking every opportunity.

Rosalind gives me her rare, shy smile, and I look away to stop myself glowing in response. I get down on my knees instead, to get the fire going.

“Do you want tea?” Rosalind pulls a packet off a shelf. I am suddenly glad we don’t have fagging as a system at Fernleigh Manor. Quite apart from it being an uncomfortable thing, the last thing I want is some junior poking her nose in and disturbing us.

Even without Gladys, the fire perks up quickly. It gives a comforting light, somehow all one with the pretty cushions Rosalind has embroidered and the comfortable arm chairs. I sit back and watch Rosalind, bustling happily about making tea. She’s such a sweet thing, all domestic and happy to be of help. It makes my heart ache.

“Don’t feel too badly,” Rosalind says quickly, putting my tea down next to me. “You’ll be let off by the next away match, surely.” She hesitates for a moment, small white teeth pressing against her lower lip. “I’m sorry that you will have such a dull half day.”

“Oh, Rosalind, no!” I say too quickly, too emphatically, reaching out to grab her hands reassuringly.

She blinks at me. “But, Charley,” she says slowly, “You have been working so hard with your teams. I know you have. And you love games. You can’t truly want to spend the afternoon cooped up in here with me.”

I’m acutely, awkwardly conscious of her hands in mine. I don’t know if I should drop them or not, so I hold them loosely. The are limp in mine. “I love hockey. But I also love spending time with you.”

She tilts her platinum head to one side, and then the other, considering me like a robin considering a berry. “We’re not doing much. Why…” Her voice trails away.

My hands, holding hers, are damp with perspiration and my pulse is throbbing. There’s something in the seriousness and openness of her gaze that brings impossible words rushing to my lips.

First Command by A. Bertram Chandler
Dance with the Devil by Cherry Adair
Liars and Fools by Robin Stevenson
Tumultus by Ulsterman, D. W.
Battle of the Dum Diddys by R.L. Stine
The Dover Anthology of American Literature Volume II by Bob Blaisdell
Amber's Fantasy by Pepper Anthony
Love in Disguise by Cox, Carol
The Quiet Streets of Winslow by Judy Troy
Glass Houses by Terri Nolan
Our partner