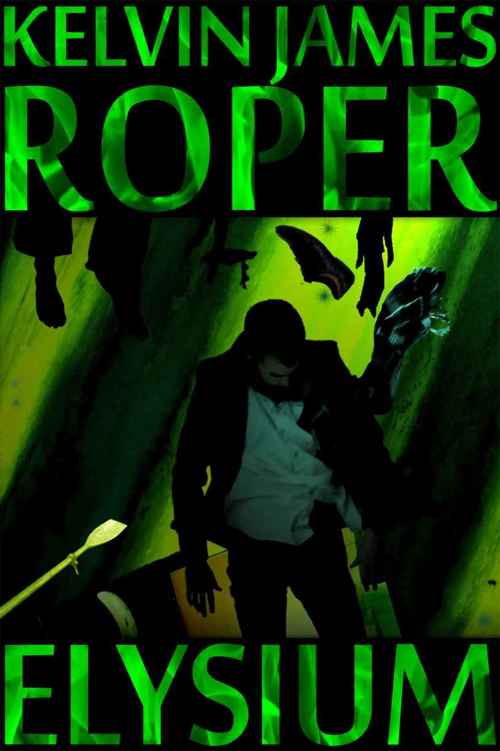 Elysium. Part One: Another Chance

All rights reserved. No part of this book may be reproduced or transmitted by any person or entity, including internet search engines or retailers, in any form or by any means, electronic or mechanical, including photocopying, recording, scanning or by any information storage and retrieval system without the prior written permission of the author. 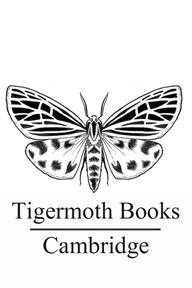 carnivora flu
~ 1. a highly contagious form of influenza, caused by infection with a filterable virus first isolated from
canis familiaris
in unrecorded north African states and spreading globally via public travel in the mid 21
st
century. An estimated quarter of the worldwide population was killed by the end of the first year.

In less than six hours Richard Kelly would be dead.

It would come as a violent surprise with fingernails digging into his throat and blows being landed to his temple. It would come as he fought for breath and received nothing but the pungent smoke of his extinguished candle. He would die with confusion quickening his pulse to a terminal climax, and a resounding fear that overwhelmed him like flourishing ice-crystals.

He never thought it would end like this. He was aware that tempers had peaked in recent months; he had known his status amongst certain people had plummeted, but at no point did he consider fearing for his life!

Six hours previously he was sitting alone at the bar of the Smugglers Rest. He finished the dregs of his ale and wiped his lips on a worn cuff before scanning the room. Tinder North raised his brow and stepped toward him, desperate to have done so all night. Richard smiled amicably, amused by Tinder’s inconspicuous performance.

Kelly knew he would be cajoled repeatedly to have one more drink until the break of dawn.
In a week he would be making a trip to Ireland, and as a result he radiated a seemingly unparalleled fame. Even his childhood enemies would declare friendship, slapping him on the back and offering him a few provisions for the journey: freshly woven rope they ‘happened’ to find, or crops that had evidently been saved in an attempt to bribe him. As the community runner, the month before a trip would find him the most popular man in the village, his farewells were full of smiles and embraces. His returns, however, when the villagers saw he had failed to oblige them, were barren affairs, and they would treat him as though he held an inexhaustible cure for Mans’ ills and chose to feign ignorance.

He couldn’t think of a single item he hadn’t been asked to bring back with him. Everyone knew it was a journey to replenish essentials: tools, seeds, medical equipment, hunting apparatus, candles, fuel, and replacement solar panels. Yet still they came and offered him bribes, and every quarter moon he would return empty handed, and the villagers would ignore him for weeks.

He raised his empty tankard in acceptance. If it were winter he’d smile and hold up his hands, he’d back away to the door with a rueful grin, safe in the knowledge that at home there would be a warm fire and the undemanding companionship of books. In the summer, however, especially on evenings when twilight evolved to deepest indigo without notice, he could drink and chat until the birds chirruped the approaching dawn.

One o’clock came swiftly. Eryn was too tired to keep the bar open, so she ushered Kelly and Guliven into the street. They teased her and drew her to their chests, kissing her forehead and professing their adoration. She laughed and bid them goodnight, then locked the door behind her as they sang tunelessly in the street. They fell about like schoolboys as people flung their windows wide and called for them to shut their row.

By the time they parted they were speaking earnestly of the following day and the impending journey to Ireland. They slurred a goodbye and gripped each other’s wrists in a clasp of awkward affection.

Guliven returned to his home on the shore, while Kelly listened to his friend’s irregular footfall scraping along the cracked tarmac. He made his way up an overgrown road to his house, which slumped precariously behind a series of ruined and broken cottages. He had lived there for seven years, having considered in his youth that it looked like a hunched old man. He didn’t see that anymore, for weeds and grasses had mingled with ivy and flora to present a tangled landslide of vines and blossom. His was the only house on the street that remained habitable, and he stumbled passed the trees and waist high beach grass until he came to his camouflaged home.

He threw the door open as he entered and hesitated when it slammed loudly against a protruding cupboard. He stepped in to the dark-as-tomb kitchen, his fingers twitching in his pocket alongside the jingle of keys until he found his matches. He struck one, the flare of sulphur imprinting green blotches on his eyes which swam in the darkness like ghosts; until he took hold of the oil-lamp and lit the wick.

In moments the small kitchen was awash with dirty creams that promoted a darkness more profound than the black he had walked in on. Shadows flickered. He took the lamp and hung it from a rusting chain suspended from a ceiling beam. It swung for a few seconds, until he corrected it with his scarred fingers.

A draught made the door creak, and he became aware of the house’s voice – the groaning timber, the scraping of mice in the walls, the steady trickle of the spring running through the cellar.

‘Have you had time to think about it?’ A man’s voice. Kelly glanced at the shadows beyond the lounge doorframe.

‘Who’s that?’ He said, his heart leaping as he peered into the gloom. He could see only the ridge of a nose and the dull features of his guest’s cheekbones. His eyes were hidden under his heavy brow, though he could see the lamplight wavering in his eyes. His guest stepped forward and the creams and yellows of the oil lamp lit his face to jaundice him.

‘We need
drink
!’ Kelly went to a cupboard and retrieved a ceramic flagon. The stopper popped and he took a swig from it, pouting as he cuffed the bitter zest from his lips. He offered it to his guest, who refused.

‘I didn’t come to drink; I came to ask you to reconsider.’

‘Hell’s teeth, Kelly!’ he threw up his hands in exasperation. ‘You know exactly what I’m talking about, don’t cock me around!’

Kelly snorted and sat at the large wooden table opposite his guest. ‘Look, I already gave you my answer. We’ll agree to disagree, right? And seeing as it’s me who’s going…’

The guest struck the flagon from the table, he had hoped it would smash to express his anger, but instead it cracked loudly on the tiled floor and rolled to the corner. A trickle of alcohol trailed in its wake. ‘Do you want us all to die? Is that what you want, you selfish bastard?’

Kelly dismissed him with a casual wave before leaning over to pick up the flagon. His head spun as he righted himself.

‘Times have changed, Kelly! We’re not kids anymore… They’re repairing their economy; they’re getting closer every year. They want what they had before the pathogen! They’re getting impatient, for God’s sake… you’ve seen how they send more Blackeyes’ each month. It can’t go on like this!

‘We hide from them, they never see us.’

The man gripped the back of a chair as though speaking from a podium. ‘All it’ll take is one sighting and we’re finished. My ma was a drunk and a sow, Kelly, but she were at her wisest when she said if a thing
can
happen, then eventually it
will
. What if the Hullenby’s children were out playing and they didn’t see it until it was too late? You’ve seen the new models; they don’t make a sound anymore! It’s not like when we were kids and we could joke about hearing them coming from across the Severn. There’s no knowing when they’re coming now… I tell you, it’ll only take one sighting, just one, and everything around us is over.’

Kelly looked at the man’s sunken eyes for a long while, and then turned away.  ‘No, I’m not changing my mind. I know what you want them for and I’m not going to help either of you! So go back and tell him that it’s done. I’m not reconsidering.’

The man was silent for a moment. Kelly prepared himself for a fist or grasping hands about his throat but - with a sigh - the man straightened and turned away. ‘You’re a bastard, you know that, don’t you?’

Kelly made a noise of concurrence and took another swig from the flagon. The door slammed shut, and the man was gone.

Kelly stood and looked at his feet for a time, considering whether he had made the right choice. Times
had
changed, and something did indeed need to be done. But not what they proposed, not what they asked of him. He thrust a chair in exasperation, slamming it hard against the door. A growl of frustration erupted from him and he ran his fingers through his hair, cursing his dearth of options.

To save a few at the expense of thousands. There was no debate, and yet it was the greatest decision he could possibly bare responsibility of answering.

Gemini by Dylan Quinn
Blood of a Barbarian by John-Philip Penny
Coffin Ship by William Henry
The Child by Sebastian Fitzek
Light and Wine by Sparrow AuSoleil
Dreams in a Time of War by Ngugi wa'Thiong'o
Stone Cold by Evers, Stassi
The Witch and the Englishman by J.R. Rain
The Meltdown Match (A Romance Novella) by Anderson, Rachael
Duke (Aces MC Series Book 2) by Foster, Aimee-Louise
Our partner