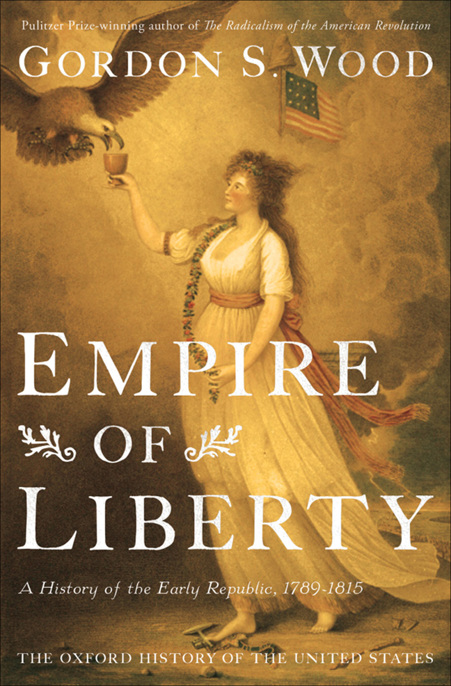 The Oxford History of the United States

ROBERT MIDDLEKAUFF
THE GLORIOUS CAUSE
The American Revolution, 1763–1789

DAVID M. KENNEDY
FREEDOM FROM FEAR
The American People in Depression and War, 1929–1945

Oxford is a registered trademark of Oxford University Press

All rights reserved. No part of this publication may be reproduced, stored in a retrieval system, or transmitted, in any form or by any means, electronic, mechanical, photocopying, recording, or otherwise, without the prior permission of Oxford University Press.

A project that has gone on as long as this one acquires a large number of debts, so many that it is dangerous to list any for fear of leaving someone out. For institutional support I am indebted to the Woodrow Wilson Center and the Huntington Library, both of which offered time off from teaching to work on the book. In addition, my home institution, Brown University, gave me several leaves that allowed me opportunities to do research and writing.

My students, both graduate and undergraduate, have been a continual source of stimulation, mainly by compelling me to clarify my ideas and arguments.

A number of colleagues have read portions of the manuscript—Michael Les Benedict, Steven Calabresi, Robert Gross, Bruce Mann, R. Kent Newmyer, and Steve Presser—and I am deeply indebted for their aid and corrections. Several friends suffered through the entire long manuscript—Richard Buel Jr., Patrick T. Conley, and Joanne Free man—and I am eternally grateful for their taking on the task and for their helpful comments. Pat Conley in particular brought to bear on the manuscript not only his rich historical knowledge but as well a keen editorial eye for typos and other such errors. The editor of the Oxford History of the United States series, David Kennedy, offered very sensible advice, and I thank him for overseeing the whole project. The Oxford editor, Susan Ferber, has a good eye and ear for writing and made many valuable suggestions. My thanks also to the incomparable copy editor, India Cooper. Of course, in the end I am responsible for any errors that remain.

Since this book sums up a great deal of what I have learned about the early Republic over my entire career, I am deeply indebted to the many people who have helped me in one way or another over the past half century. But I owe the greatest debt to my wife, Louise, who has been editor and soulmate through the whole period.

4. The Emergence of the Jeffersonian Republican Party

5. The French Revolution in America

6. John Adams and the Few and the Many

8. The Jeffersonian Revolution of 1800

11. Law and an Independent Judiciary

12. Chief Justice John Marshall and the Origins of Judicial Review

14. Between Slavery and Freedom

15. The Rising Glory of America

19. A World Within Themselves

The Treaty of Greenville

The Mediterranean and the Barbary Pirates

The War of 1812—Major Campaigns

The Treaty of Fort Jackson

Gordon S. Wood’s
Empire of Liberty
takes its place in the Oxford History of the United States between two other notable volumes: Robert Mid dlekauff’s
The Glorious Cause
, which masterfully covers the Revolutionary War era that immediately preceded the period covered here, and Daniel Walker Howe’s
What Hath God Wrought
, which vividly evokes the cultural ferment and technological transformations that marked the years between the conclusion of the War of 1812 and the end of the Mexican War in 1848. The present volume addresses the astonishingly volatile, protean moment that lay between the achievement of national independence and the emergence of a swiftly maturing mass democracy and modern economy in the Jacksonian Era.

The two and a half decades bracketed by the signing of the Constitution in 1788 and the signing of the Treaty of Ghent in 1815, which ended the War of 1812, constituted one of the most precarious and consequential passages in American history. As the period opened, some four million Americans, one-fifth of them black slaves, dwelled between the Atlantic seaboard and the Appalachians, many of them itching to spill over the mountain crest into the untamed interior. They inhabited a new nation struggling to establish itself on a continent still coveted by hostile imperial powers, and still seething with Indians ever more determined to resist white encroachment. Their governments were founded on inspiring but untested political principles. They aspired to shape a society modeled on its European, especially English, antecedents, and yet unlike any seen before. Few seasons in American history have been pregnant with more momentous uncertainties.

Usually referred to as the “early national period,” the era was clamorously contentious, urgently creative, and teeming with possibilities for failure. To the men and women who lived though that time, the fate of their fledgling republic was by no means secure, and the character of their communities was disconcertingly labile. History offered little guidance as to what the future might hold for a polyglot, restless, self-governing, and assertive people. They were rebellious by nature, rootless by circumstance, and ravenous to possess the vast territories that beckoned to their westward.

History’s shores are littered with the wreckage of nascent nations that foundered before they could grow to stable maturity. Why should the fragile American ship of state, launched in 1776 and relaunched in 1788, be expected to enjoy a happier fate? In little more than a decade, the American people had thrown off the British yoke and jettisoned the Articles of Confederation—a record of bellicose lawbreaking and political inconstancy that gave scant promise of their ability to sustain viable governments or even a coherent and orderly society.

Yet somehow those mercurial and sometimes irascible Americans managed to lay the foundations of a resilient democratic political system that has endured for more than two centuries. The story of that remarkable and in many ways improbable accomplishment lies at the heart of this book.

In a series of admirably lucid chapters, Gordon Wood explains the formative origins of the nation’s major governmental institutions and political practices. His account of the ways in which Congress evolved the protocols and procedures that would allow it to make law for a diverse and footloose people is particularly instructive. His analyses of the peculiar characteristics of American law, the role of the federal and state judiciaries, and the development of the signal doctrine of judicial review are exemplary, as is his deft discussion of the role of political parties—or “factions,” as contemporaries called them—in determining the young republic’s political destiny. So too is his analysis of the novel institution of the presidency, a tale in which George Washington figures prominently. Washington, along with Alexander Hamilton, John Adams, Thomas Jefferson, and James Madison, is also a central character in Wood’s trenchant portrayal of the principles that guided America’s earliest foreign policies, leaving precedents that would inform American diplomacy ever after.

But
Empire of Liberty
’s deepest subject is not simply the formal political system that Americans crafted in their first years of nationhood. Perhaps Gordon Wood’s most original contribution in this book is his deeply engaging account of the development of a distinctively American democratic
culture, a culture that shaped civil society in its manners and mores and values and behaviors every bit as deeply as it shaped the official organs of American government.

The men who made the Revolution and wrote the Constitution were for the most part cultured gentlemen, patrician squires who believed in the foundational republican principle of self-government, to be sure, but who also expected the common folk to defer to their “betters” when it came to running the country. The Federalists like Washington, Adams, and Hamilton who presided over the first decade of nationhood were often appalled by the egalitarian excesses unleashed by the Revolution. Ordinary men and women demanded to be addressed as “Mr.” and “Mrs.”—titles once reserved for the wealthy and highborn. Employers began to be called “boss,” rather than “master.” Indentured servitude, once common throughout the colonies, came to be regarded as an affront to democratic ideals and soon all but disappeared—though chattel slavery, the poisonous serpent in the American garden, stubbornly persisted, indeed, in these years began its fateful expansion westward.

The “middling sorts,” a new social class composed of unprivileged but energetically striving merchants, artisans, and entrepreneurs, arose to dominate politics and define the very essence of the national character. They ferociously opposed all “monarchical” pretensions and insisted on nothing less than a society completely open to talent and industry. Their influence was felt in every sector of the nation’s life, not only in politics but in commerce, religion, architecture, and the arts. Their great champion was Thomas Jefferson, the quirky and brilliant Virginia aristocrat who articulated the dearest aspirations of the common people, and whose enigmatic figure animates many of the pages that follow.

Matters of such moment and complexity pose unique challenges to the historian. Few if any scholars are more able than Gordon Wood to do these subjects justice. A lifetime of research and writing about the early American republic has given him an unmatched mastery of the source documents that are the historian’s raw materials. Drawing on rich archives of letters, diaries, pamphlets, newspapers, and memoirs,
Empire of Liberty
gives voice to countless individuals who speak on almost every page with all the urgency of their own lives and all the color and flavor of their time—including of course the fabled Founders but also the brawling congressman Matthew Lyon, the dignified jurist John Marshall, the Shawnee prophet Tenskwatawa and his brother Tecumseh, and their nemesis, General William Henry Harrison, among many others.

The Precious One by Marisa de Los Santos
Fugly by K Z Snow
Commodore Perry's Minstrel Show by Richard Wiley
The Bronze Blade: An Elemental World Novella by Hunter, Elizabeth
Meet Me in the Moon Room by Ray Vukcevich
The Killing Club by Paul Finch
Path of the Jaguar by Vickie Britton, Loretta Jackson
Prairie Tale by Melissa Gilbert
Pox by P X Duke
Secrets and Sins: Raphael: A Secrets and Sins novel (Entangled Ignite) by Simone, Naima
Our partner