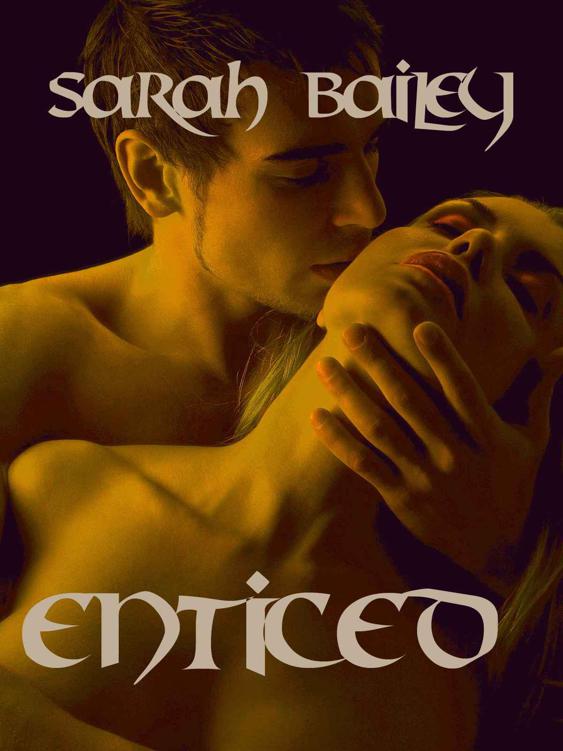 Story 1 of the Dark Passions Series

All rights
reserved. Except as permitted under the U.S. Copyright Act of 1976, no part of
this publication may be reproduced, distributed or transmitted in any form or
by any means, or stored in a database or retrieval system, without the prior
permission of the author.

This ebook
is licensed for your personal enjoyment only. This ebook may not be re-sold or
given away to other people. If you would like to share this book with another
person, please purchase an additional copy for each person. If you are reading
this book and did not purchase it, or it was not purchased for your use only,
then please return it and purchase your own copy. Thank you for respecting the
hard work of this author.

This book is
a work of fiction. Any resemblance to any person, living or dead, any place,
events or occurrences, is purely coincidental. The characters and storylines
are products of the author’s imagination or are used fictitiously.

“Congrats,
Mel! You made it through week one working for Don Draper. Time for a stiff
drink.”

I laughed out loud. “A stiff drink? I work for Don Draper, remember? All I do
is get sloshed and take naps on the agency’s swanky couches.”

I looked at my watch. 7:30pm. I had just enough time to take a luxurious
bubble bath, eat some take-out, and pick out an outfit for this evening. Part
of me wanted to stay in, put on my silk pajamas, and sip obscenely delicious
red wine on my new leather couch, in my new Soho apartment. I’d only been in
town for two weeks, and I still had a lot of decorating to do. Plus I’d been so
busy at work, I’d barely seen the place, coming home every night at 10pm and
crashing, sometimes full-clothed, on my 19
th
century French bed.

My bed was my one self-indulgent purchase. I’d picked it up in an antique shop
my first day in town. It was a little on the expensive side, but I’m a sucker
for objects that exude history. The apartment itself was a little beyond my price
range. Even with my new six-figure salary as a senior copywriter at a
prestigious Madison Avenue ad firm, the place was unaffordable. I’d been
looking for a pad in Harlem, but my overprotective father insisted that if I
was going to move to a dangerous city like New York, I was at least going to be
living in the safest neighborhood in town, and I had plenty of money in my
trust fund to cover the bill. I didn’t put up too much of a protest. I had a
soft spot for Soho. With its cast-iron buildings, cobblestone streets, art
galleries, and weekend street performers and jewelry vendors, it was a bohemian
fantasy come true.

I sighed. I really did want to see Jen. I hadn’t seen her since she moved from
Chicago to New York a year ago. “Sure. Count me in.”

“Mel!” Jen yelled, sliding off the bar stool and strutting towards me, her
tight red Valentino cocktail dress showing off her long legs, tiny waist, and curvy
hips. With each step she took, her thick blond curls literally bounced.
Shooting me a blindingly white smile, she bent down and gave me a massive hug.

“Hey, supermodel,” I said, and laughed at her exuberance. “So good to see you.”

Jen stepped back and took me in, her eyes assessing my every inch. “Well, you
look gorgeous, as ever. But I said dress
hot
, not business chic.”

I gave a small sharp slap to her bare arm. “Easy there, sweetheart. We can’t
all look like we just stepped off the runway.”

Jen rolled her eyes. “Why don’t you just shut the hell up already,” she said,
with mock anger in her tone. Then she shook her head and narrowed her eyes at
me.  “I’d kill for those curves of yours. And those huge blue eyes.”

Then suddenly her expression clouded over, and she looked at me cautiously.
“It’s just, well, I think you’re attracting the wrong kind of man with that
look,” she said, biting her lip and frowning at me.

I shook my head and threw my arms up in exasperation. “Let’s just go have some
fun, okay?”

Jen nodded, but then shot me a quick, pointed look. “Has he called?”

I felt a surge of anger and frustration pulse through me. “Yes, about a million
times,” I said, shrugging helplessly.

Jen’s eyes darkened and her shoulders became tense. “Hasn’t he gotten the
message yet? It’s over. I never did get it, Mel. I mean he’s so controlling and
dull as dishwater. And…the thing about the clothes. You never dressed like that
until you met him.”

I looked at her in disbelief. “Dressed like what?”

“You know, so conservative,” she said, her face tensing in expectation of
another slap on the arm.

I decided to pretend to be offended. “I’ll have you know that this is a
cutting-edge Prada sheath dress,” I said in a stern tone, while smoothing down
the black satin along my hips with my palms.

Jen’s face became exaggeratedly pained as she twirled a thick blond lock around
her finger. “Darling, that’s not cutting-edge. It’s classic. And we all know
classic is a euphemism for boring.”

All I could do was sigh in exasperation and give her another slap on the arm.

I rolled my eyes at her and held out my arm as a link for hers. “Come on. We’re
being rude. Introduce me to your friends.”

Jen’s friends were, for the most part, fabulous. Jen, Tina, and Silvia all
worked at the same PR firm. And all three of them liked to play hard. We were
seated along the long bar, laughing loudly and drinking like it was going out
of style. I was about five Old Cuban’s deep, gazing around at the potted palms,
pale wood tables, the East-Asian wood grilles on the windows, and the shadows
of patrons flickering on the cream colored walls, when he caught my eye and I
was nearly startled off my stool.

The first flash of his rugged beauty was enough to make my pulse race and my
breath catch in my throat. He had dark wavy hair which gleamed a golden brown
in the dim light cast from the pot lights. His features were strong and
chiseled, his eyes intense and gleaming, his mouth curved in a sensuous crooked
smile. With his battered black leather jacket and light stubble, he looked out
of place among all of the three-piece suits surrounding him. His glittering
eyes continued to bore into me, and I felt a rush of heat between my legs, and my
hands starting to tremble. I was rattled, no doubt about it. No, that’s an
understatement. I was shaken to my core. I tore my eyes away from him, looking
for the nearest escape, the washroom or an exit. Even in her drunken state, Jen
was perceptive as ever.

“Hey,” she slurred, bringing her hand down sloppily over mine. “Are you okay?
You look totally shaken up.”

I shot a quick glance in the direction of the devastatingly gorgeous man
responsible for sending me so off balance. He was still staring, his eyes
running slowly up my body, taking me in, his gaze finally shifting to my face,
his eyes locking with mine. Jen didn’t miss a beat. “That,” she said, clumsily
but emphatically, “Is
exactly
the right kind of man for you.”

I shook my head vehemently and pulled my hand out from under hers. “No, Jen.
That
man screams trouble.” I smoothed my hands down the skirt of my dress, using the
repetitive motion to soothe my nerves and gain some control back into my
demeanor. “I need to get out of here,” I said, scrambling to my feet and
grabbing my black velvet clutch purse off the bar.

“You are
not
chickening out of this one,” Jen said, latching onto my arm
and pulling me back onto the stool. “Listen,” she whispered conspiratorially in
my ear. “That man has ‘your type’ written all over him. At least the old you.
Remember fearless, impulsive, wild little Mel? The girl who took risks. Studied
art history ‘cause she loved it, not because it would land her a safe job. Dated
the bad boy, even though he would probably break her heart.”

I pulled out of her grasp, and averted my gaze, fixing my eyes on the Exit sign.
“You mean irresponsible Mel who couldn’t hold a relationship together for
longer than three months? Reckless Mel who held out her heart on a platter,
offering it up to be smashed to pieces by boys who couldn’t commit?” I could
feel my whole body start to tremble.

“Hey,” she said softly, draping her arm over my shoulders and pulling me close.
“Playing it safe with Mr. Dull as Dishwater didn’t exactly work out either, now
did it?” I gave her a weak, sardonic smile.

Stroking my shoulder, she said, “At the very least, bad boy over there looks
like he’d be adventurous in bed. You need that. You
deserve
that after
putting up with two years of ‘I only do missionary’ man.”

Tina and Silvia broke off their conversation and turned to see what all the
commotion was about. “Girls, you ‘bout ready for another round?” Tina asked,
leaning over to get a better look at us.

“Yes,” Jen said, almost icily, not taking her eyes off of me. “Mel was just
saying it was about time for another drink.”

I raised my eyebrow and pointed at my Old Cuban. “I’ve barely even finished
this one,” I said. “And I’m drunk. I think I’m going to take off before things
get sloppy.”

My eyes once again fixed on the Exit sign, I stood up and started rushing
blindly toward it, only to find myself up against a strong, muscular chest. An
intoxicating woodsy scent filled my nostrils, and strong hands were wrapped
around my waist, keeping me from sliding to the floor. I looked up at the face
of the man holding me. It was
him
. His brilliant green eyes were
twinkling with mischief, and his look was so knowing, so probing, I felt stripped
bare. My heart was racing, and I could feel the heat coming off his chest,
making me dizzy with desire. I had to resist the impulse to bury my face into
the crook of his neck. I immediately hardened my gaze to block him from seeing
into the depths of me. Then I took a step back and tried pulling out of his
grasp. He was reluctant to let me go, but when my stare turned icy, he relented
and released his grip. “I have to go,” I said to him, under my breath, but he
heard it.

Moon Shadow (Vampire for Hire Book 11) by J.R. Rain
Diary by Chuck Palahniuk
Sintown Chronicles II: Through Bedroom Windows by David O. Dyer, Sr.
Hooked Up: Book 3 by Richmonde, Arianne
The Memory Trap by Anthony Price
The House of Dolls by David Hewson
Huntsman's Prey by Marie Hall
Wolf in Shadow-eARC by John Lambshead
When Perfection Fails by Tyora Moody
The Scroll of Seduction by Gioconda Belli
Our partner