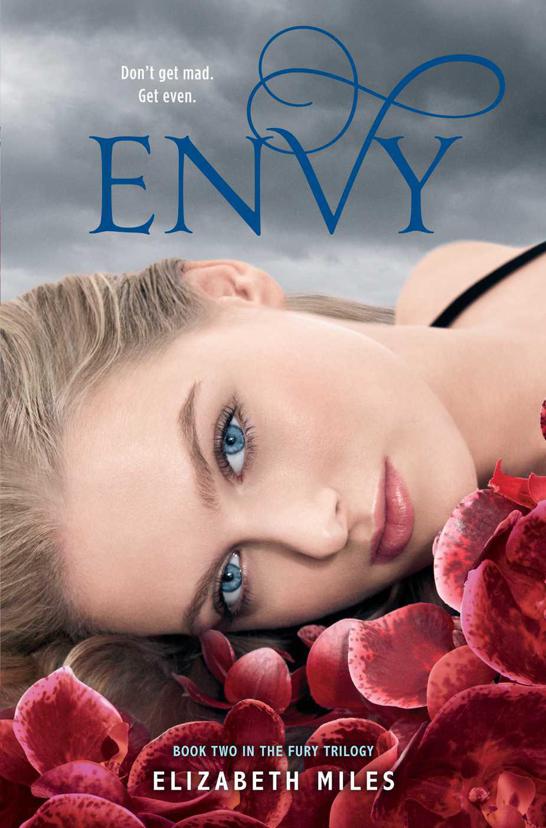 Henry Landon blew on his fingers to warm them. It was getting late, and he had to teach an early class tomorrow. As he stood to pack up his ice-fishing gear—a bucket, an ice saw, his bait, hook, and line—he thought he heard a rustle behind him. He spun around on the thick ice but saw nothing other than the muddy bank, the bare sweep of the hill, and the stripped trees beyond. The ice saw glinted in the moonlight.

“Hello?” he called. His voice echoed across the frozen pond. He shrugged, leaning over for the bucket, thinking about his empty house, how quiet it would be when he got home.

That’s when he saw it—a face in the ice. There, just beneath his boots.

His heart thudded underneath his thick vest. It couldn’t be.
He shook his head, blinked his eyes. He couldn’t swallow.

As though encased in museum glass, a beautiful girl’s face stared at him, her full lips the color of blood. Her blond hair was fanned beneath the surface like a mermaid’s; it looked almost as though it was undulating in a current. She seemed to be clutching at the ice from below. In her palm was a scarlet flower.

He knew her face.

Landon gagged and coughed, struggling to catch his breath. When he closed his eyes, a memory surged: Several years ago, in California. At the beach. A blond girl in a white bikini had gone for a swim. The waves had been too much. She’d thrashed and called for help; then her body had gone under. He’d watched the whole thing happen—had
let
it happen. Not because he couldn’t swim. Not because someone else was swimming out to save her. But because she was his student. An intelligent, Harvard-bound, sixteen-year-old student. Kaylie. And they were at the beach. Together.

She had been the one to start it, not him. Telling him he looked like George Clooney. Waiting after class. Flicking his silk tie with her slender fingers as she walked by. She’d worshipped him. And he couldn’t help himself.

If the police had shown up that day, it would have been the end of his life as he knew it. He couldn’t let her ruin everything. In that moment he chose to save his own life, not hers. He chose, and he ran.

He let her die.

And now she was here.

He opened his eyes. The girl below the ice came eerily into focus, as though she was glowing.

Suddenly her eyes snapped open, watery and white. Her mouth spread into a grin.

The crack was small at first. Sounded almost like a soft rip in fabric. But then it got louder, like a series of explosions, and before Henry Landon could step off the ice, it opened beneath his feet and he was falling. The icy water surrounded him, shot through his clothes, swallowed his legs and his torso while he flailed for something to hold on to. There was nothing. His bucket, with his pathetic catch of three fish, fell on its side; the fish flopped onto the ice, glassy-eyed.

He went under. The cold numbed him.

That day on the beach came back to him again. The sun. The waves. Kaylie’s milky skin and trusting smile. Kaylie’s body, disappearing beneath the waves.

His hands hit solid ice above his head. He gasped, choking on the freezing water, his lungs on fire. With the cold clarity of a razor’s edge, Landon realized he would never take another breath. His body cramped and convulsed as it was overtaken by the first throes of a painful death. He heard the distant sound of girls’ laughter.

“You say you wanna play around with other boys. You tell me that it’s over, but all I hear is WHITE NOISE!”
Crow grabbed the microphone and leaned forward, and for a second Em was sure he was looking right at her.

She leaned back into the beat-up armchair and wrapped her puffy down coat more tightly around her as she watched Crow practice his latest song, “White Noise.” The sound of crappy, hand-me-down instruments and boys who love to play them reverberated through the garage. For the past several weeks Em had been spending more time with Drea Feiffer and her friends; as a result she was getting used to the buzzing electrical feed from the amps, the heart-pounding drum rhythms, and the screaming guitar solos. In addition to loving coffee and obscure movies,
Drea’s alternative crowd loved music, especially the kind they created themselves.

Tonight they were at Colin Robertson’s rehearsal space in Portland—if you could call a rug on a concrete floor, some ratty old couches, and a secondhand drum set a “rehearsal space.” Colin’s name had long ago been shortened to C-Ro, and that nickname had soon morphed into Crow. Em had never heard him called anything else. Well, except for when she and Gabby and some of their friends had referred to him as the Grim Creeper, back before he left Ascension. Not graduated, just . . . stopped coming. He was the only high school dropout Em had ever known.

Crow strummed his guitar, licking his lips in concentration before opening his mouth to sing a verse. His longish black hair (it used to be bleached blond; this was better) often fell into his gold-green eyes, which always seemed just the slightest bit squinted—like he was still waking up, or like he had just gotten high.

Technically there were four guys in Crow’s band, the Slump: Crow, who sang lead vocals and played rhythm guitar; Jake, the drummer; Patrick, the bassist; and Mike, who played lead guitar. They couldn’t afford new instruments, but there was no question about their abilities. Other local musicians hung around the roomy old warehouse in South Portland, which Crow and the band
rented for a cheap monthly rate. There was one guy who played the xylophone and another famous for his “found instruments”—a paintbrush on a metal tray, a wrench scraping against a birdcage.

“Yo, Em, you want any of this?” From her perch on a ratty couch, Drea held up a Styrofoam cup of microwaved ramen noodles. Little-known fact that Em had learned recently: In Ascension, Maine, where Em and Drea lived, alternative types apparently subsisted on papery noodles in way-salty broth.

She made a face and waved her hand. “No thanks. Not hungry.”

The room was starting to warm up—it was freezing when Em and Drea had first arrived—and Em started shedding layers. She unwound a thick burgundy pashmina from around her neck, shaking out the waves of her long, dark brown hair. As she stood up to take off her coat, she tugged at the belt loops on her jeans to hitch them up—they kept getting looser.

Her opinions of Crow and guitar solos weren’t the only things that had shifted over the past few weeks. In fact, thanks to Drea, Em was seeing a whole new side of Ascension and its surroundings—and not just the green chai tea at the Dungeon, a hippie café downtown and a much preferable alternative to the watered-down Crappuccino next to the old mall. She was getting to know Ascension’s “dyed-hair freaks.” That’s what she and
Gabby used to call them, anyway. She didn’t like thinking about that side of herself. Especially not since Drea had recently dyed her hair purple.

These days she felt like she was straddling two worlds, often more comfortable amid Drea’s friends and their loud music than at the Ascension parties.

Crow’s gravelly voice hit the notes of a chorus—
“And my voice,”
he growled to the beat,
“it’s white noise.”

Em pulled out her journal and wrote down some of Crow’s lyrics. They really were good. Em had recently started bringing her journal with her everywhere. She’d kept one sporadically in the past, but these days it was like she couldn’t keep her pen off the paper. Now that everything had changed—now that
she’d
changed—writing was the only way to keep her grip on reality . . . or what was left of it. It was the beginning of March; the showdown with the Furies had happened more than a month ago. She’d only recently begun to emerge from the practically comatose state she’d been in for weeks.

The royal-blue notebook was full of poems about love and regret. The snow. The cold. Her best friend, Gabby. And, of course, the Furies, who sought to punish wrongdoers for their sins. Em was a victim of their intractable wrath; the three beautiful-yet-hideous girls had exacted revenge on her because she’d spit in the face of love and trust by hooking up with Gabby’s boyfriend. Now she was swallowing the bitter consequences. The worst part was
that the guy, Zach, hadn’t even been worth it. Nowhere close.

Well, no. The
worst
part was what had happened with JD Fount, her quirky neighbor, her childhood friend, and the boy she loved. The Furies had tried to kill him to teach her a lesson about lost love. She’d done what she had to in order to save him. But that included promising never to tell him, or anyone else, the truth about what had happened that night at the new mall, the Behemoth. And keeping those secrets put an impossible barrier between them. How could she apologize to JD without explaining what had really happened—and risk losing him all over again?

She wrote short entries in the journal every night, venting the uncontrollable feelings of sadness and hostility that seemed, sometimes, about to consume her. Writing eased her insomnia a bit, although it couldn’t cure it. She cursed her pale skin, which made the dark circles under her eyes even more prominent.

Em blinked a few times, trying to snap back to attention. She wondered if Drea would want to go home soon—it was Sunday night, after all, and Em still had a chemistry lab to finish before third period tomorrow.

“We keeping you up?” Crow sauntered over, towering above the couch and raking his hand through his hair. “I know a pretty girl like you needs your beauty sleep.”