Read Every Breath She Takes Online

Every Breath She Takes 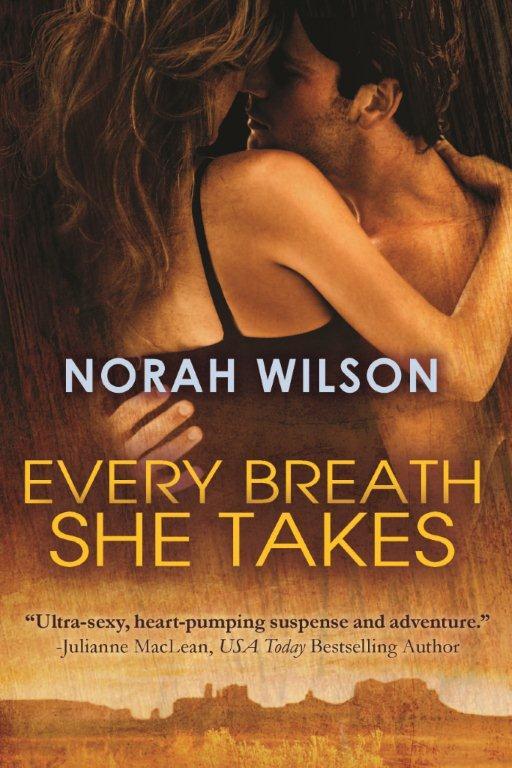 Every Breath She Takes

Veterinarian Lauren Townsend has good reason for hiding her psychic ability. Not only did her “freakishness” earn her pariah status in the small town where she grew up, it cost her a fiancé and her faith in love. When Lauren foresees a murder—through the killer’s eyes—she traces the victim to a sprawling ranch, never guessing what waits for her…

Cal Taggart’s rugged ranch life doesn’t need any more complications. His stubborn determination cost him his marriage, and now may cost him his livelihood. But then beautiful Lauren enters his corral…with danger close behind. And Cal wants nothing more than to protect her. They can’t deny their intense attraction. Nor do they want to. What begins as a fling with no strings becomes a fight for survival—and for true love.

Norah Wilson is the author of romantic suspense novels
Guarding Suzannah
,
Protecting Paige
,and
Saving Grace
. She is a three-time finalist in the Romance Writers of America’s Golden Heart contest and won Dorchester Publishing’s New Voice in Romance award. Under the pseudonym Wilson Doherty, she and her writing partner, Heather Doherty, write young adult paranormal fiction. A native Canadian, Wilson lives in Fredericton, New Brunswick, with her family. 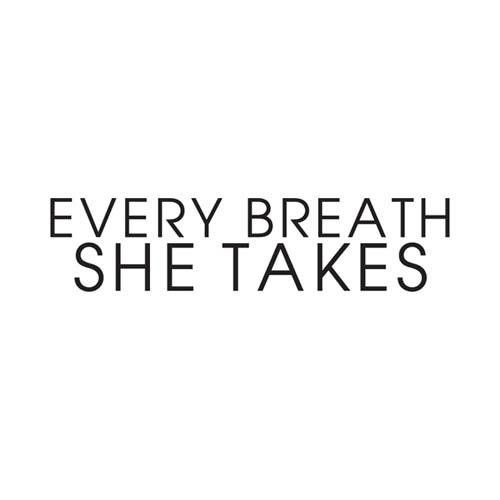 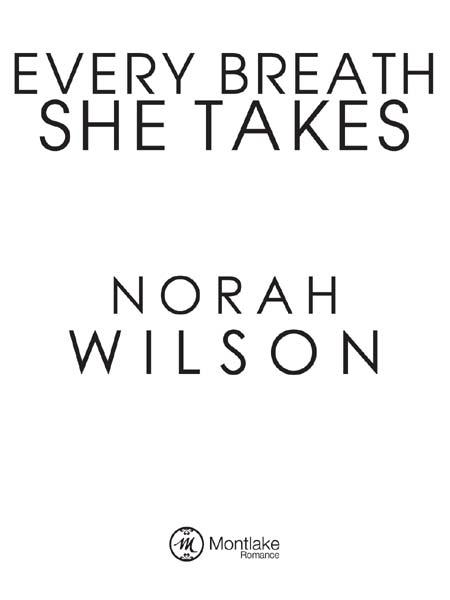 Text copyright ©2012 by Norah Wilson
All rights reserved.
No part of this book may be reproduced, or stored in a retrieval system, or transmitted in any form or by any means, electronic, mechanical, photocopying, recording, or otherwise, without express written permission of the publisher.

She ignored the first tingle. After all, she’d been bent over this operating table for what felt like hours.

Then the second hot shard of sensation shot up her neck. Her hands stilled over the spread-eagled tabby whose abdominal incision she had almost finished closing.
Please, God, not here. Not now.

Her prayer went unheeded. In the time it took to form the plea, she felt her scalp prickle. Lord, she’d have to hurry. She’d barely have time to get home before that damnable shower of stars started appearing in the periphery of her vision, eventually narrowing it to a tunnel. Then the tingling in her scalp would graduate to a band of pain…

“Lauren, is something wrong?”

Lauren Townsend glanced at her assistant, Heather Carr. “Migraine,” she lied. She gestured to the patient on the table.
“This’ll have to be the last one tonight. Could you duck out and have Karen break the news to the waiting room while I finish up?”

No, they wouldn’t, but it was elective stuff. “Tell them I’ll make it up Thursday night, for half price.” Already her tongue was getting thick. She glanced at Heather. “Could you look after our post-op patients if I take off?”

Thank God!
“Okay, then could you have Karen call me a cab too? I don’t think I’m up to driving.”

Heather’s gaze sharpened. “You sure you’re all right? I mean, do you think maybe you should go to the emergency room?”

“I’m sure,” Lauren said firmly. “It’s nothing that lying down in a dark room won’t cure.” Well, at least that was the truth.

Heather nodded and went to deliver the bad news.

Lauren was removing the anaesthetized cat’s restraints just as her assistant returned.

“Riot averted,” Heather announced. “And I see you’re finished here, which is perfect timing. Your taxi just rolled up.”

“Oh, good!” Lauren peeled her surgical gloves off and discarded them.

“Well, go on. Scoot.” Heather moved in and gently scooped up the cat’s limp body. “We’ve got everything under control here. And if anything does come up, I’ll call Peter.”

The ink had barely dried on Peter Markham’s degree, but he was an excellent vet. And he wouldn’t mind being called in. “Thanks, Heather.”

Twelve minutes later, she stumbled across the threshold of her house. Closing the door, she sagged against it while her two dogs, Gabe and Cissy, jostled for her attention. She’d made it.
Just
. Another reason to be grateful that she lived so close to her clinic in this Halifax suburb.

Rubbing damp palms on her khakis, she pushed herself away from the door. Her legs felt shaky, but they carried her. The weird tunnel vision didn’t help. It made her feel like the walls were crowding in on her as she went down the hall to her bedroom. Shutting her door on the dogs, she crawled onto the bed to wait. Her heart pounded with dread.
Deep breaths
, she told herself as the paralysis stole into her limbs.
You’re okay
.

Abruptly her vision went completely black. For a terrifying moment, the sound of her own harsh breathing was her only anchor in the utter, lonely darkness. Then the vision exploded on her consciousness.

A blond woman dressed in Western wear stood on a ridgetop, staring out across a canyon. In the background, the sun brushed the horizon, staining the sky pink. A lovely woman against a lovely backdrop. But Lauren had seen this particular silent picture twice before.

She forced herself to “look” past the woman, if that was the right word for it. Mountains rose against the sky, blue smudges in the distance. Over the woman’s shoulder, Lauren noted four peaks that aligned themselves like bumps on a dragon’s back.
That’s good. You can remember that.

If only she could turn and scan the area. But she couldn’t. She saw only what
he
saw, condemned to watch through his eyes.

Then the woman turned. She was even more beautiful than Lauren remembered. Her green eyes radiated a sultry welcome, a complete and total assurance in her own sex appeal that few women projected. Then the woman’s lips moved as she mouthed a greeting.

She’s not talking to you
, Lauren reminded herself.

Helpless, Lauren watched gloved hands rise into her line of sight, one on either side, as though they were her own appendages.
No, please
, she begged. But it was no use. She longed to close her eyes, flinch away, but she couldn’t. The man’s hands skimmed up the woman’s arms, then closed suddenly over her throat. The sensual welcome on the blonde’s face turned to surprise, then panic, then sheer terror.

As the woman fought for her life, Lauren fought to distance herself. Fought and lost. Stomach revolting, she watched the life squeezed out of the beautiful stranger. Watched it up close and personal, as though the murderer’s hands were Lauren’s own.

Then it was over. As always, the link began deteriorating immediately, but this time Lauren clung to it. She ignored the shutdown signals from her battered mind and held on.
Show me something!
she screamed silently.

Drawing a pack of cigarettes from his pocket, he extracted one. Calmly, as though he hadn’t just committed murder, he produced a book of matches. Lauren shook, but the killer’s work-gloved hands were steady as he lit his cigarette. Steady enough that Lauren had plenty of time to read the logo on the matches.

He tossed the matches to the ground and wheeled away.

She let go then, exhausted, and started the slow climb back. At periodic intervals she tested her limbs until at last they obeyed. She let herself out of the bedroom and stumbled to her office, with little Cissy yapping at her feet and Gabe padding calmly along behind her. Anxiety gnawed at her as she flicked on her computer and waited for it to boot and for the wireless modem to connect. Another delay while the search engine loaded. Finally she plugged in “Foothills Guest Ranch” and almost sobbed her relief when she struck pay dirt on the first try.

Foothills Guest Ranch, Borland, Alberta.
The logo was a stylized mustang over the ranch’s name in black “wanted poster”
lettering. This was it, exactly the same as the one on the book of matches! For the first time since this particular vision had begun three weeks ago, she felt a stir of hope. Maybe she could do something this time.

Her next thought deflated her. It was just a book of matches. There was no guarantee the murder would happen anywhere near the Foothills Guest Ranch. There was no telling how far those matches might have traveled. Yet the rugged country she’d glimpsed in the background couldn’t be anything other than the foothills of the Rocky Mountains, could it?

Her meager hope fizzled again as another thought struck her. Though she made the season to be high summer, who was to say it would be
this
summer? What if the murder wasn’t destined to take place for years? What if she were doomed to living this horror for at least another year? She shuddered. It didn’t bear thinking about.

No, she had to act, and act now. She wouldn’t wait around until she read about the crime in the
Globe and Mail.
Not this time.

She chewed her lip. Maybe she should call Hal.

Hal—Detective Harold Parks—was a cold case investigator with the Halifax Regional Police; he would listen to her. What’s more, he’d believe her. After what had happened with the DiGiacinto girl’s cold case, he would always believe her. Too bad for both of them that her visions hadn’t been able to help any of the victims escape their fate. She sometimes thought that the grizzled old detective was more tortured by that failure than she was.

Ragtime by E.L. Doctorow
Anita Mills by Bittersweet
Thief by Greg Curtis
The Peony Lantern by Frances Watts
The Skull Mantra by Eliot Pattison
His and Hers by Ludwig, Ashley
London Broil by Linnet Moss
Little Black Lies by Sandra Block
Harlem Nocturne by Farah Jasmine Griffin
An Unrestored Woman by Shobha Rao
Our partner