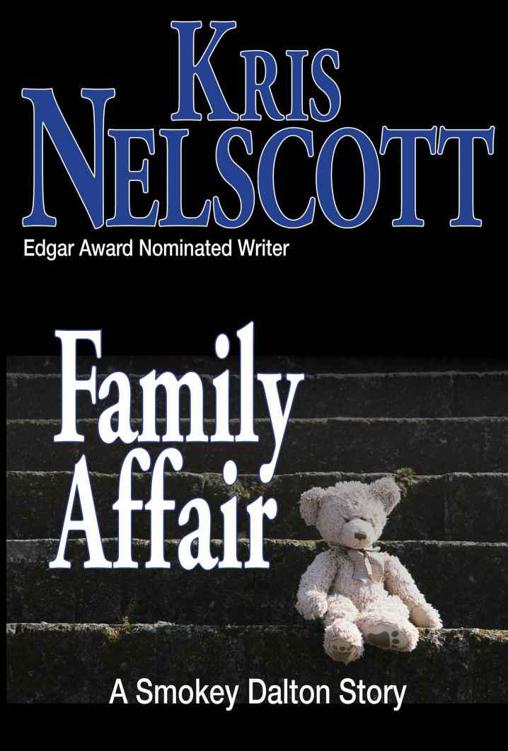 This book is licensed for your personal
enjoyment only. All rights reserved.

This is a work of fiction. All characters and
events portrayed in this book are fictional,
and any resemblance to real people or incidents is purely coincidental.

This book, or parts thereof, may not be
reproduced in any form without permission.

I knew the day had gone bad when the
white woman in the parking lot started to scream. I turned in the seat of my
mud-green Ford Fairlane, and watched as Marvella Walker and Valentina Wilson tried
to soothe the white woman. But the closer Marvella got to her, the faster the
woman backed away, screaming at the top of her lungs.

We were in a diner parking lot in South
Beloit, Illinois, just off the interstate. Valentina had driven the woman and her
daughter from Madison, Wisconsin, that morning.

The woman was a small thing, with dirty
blond hair and a cast on her right arm. Her clothing was frayed. Her little
blond daughter — no more than six — circled the women like a
wounded puppy. She occasionally looked at my car as if I was at fault.

I’m tall, muscular, and dark. The scar
that runs from my eye

almost to my
chin makes me look dangerous to everyone — not just to white people.

Usually I can calm people I’ve just met
with my manner or by using a soft tone. But in this instance, I hadn’t even
gotten out of the car.

The plan was simple: We were supposed to
meet Marvella’s cousin, Valentina Wilson, who ran a rape hot line in Madison. The
hot line ran along the new Washington D.C. model — women didn’t just
call; they got personal support and occasional legal advice if they asked for
it.

This woman had been brutally raped and
beaten by her husband. Even then, the woman didn’t want to leave the bastard. Then
he had gone after their daughter and the woman finally asked for help.

At least, that was what Valentina said.

Marvella waved her hands in a gesture of
disgust and walked toward me. She was tall and majestic. With the brown and
gold caftan that she wore over thin brown pants, her tight black Afro, and the
hoops on her ears, she looked like one of those statues of African princesses
she kept all over her house.

She rapped on the car window. “Val says
she can make this work.”

She said that with so much sarcasm that
her own opinion was clear.

“If she doesn’t make it work soon,” I
said, “we could have some kind of incident on our hands.”

People in the nearby diner were peering
through the grimy windows. Black and white faces were staring at us, which gave
me some comfort, but not a whole lot since there was a gathering of men near
the diner’s silver door.

They were probably waiting for me to get
out of the car and grab the woman. Then they’d come after me.

I could hold off maybe three of them, but
I couldn’t handle the half dozen or so that I could see. They looked like
farmers, beefy white men with sun-reddened faces and arms like steel beams.

My heart pounded. I hated being outside
of the city — any city. In the city, I could escape pretty much anything,
but out here, near the open highway, where the land rose and fell in gentle
undulations caused by the nearby Rock River, I felt exposed.

Valentina was gesturing. The white woman
had stopped screaming. The little girl had grabbed her mother’s right leg and
hung on, not so much, it seemed, for comfort, but to hold her mother steady.

I watched Valentina. She looked nothing
like the woman I had met three years ago, about to go to the Grand Nefertiti
Ball, a big charity event in Chicago. She had worn a long white gown, just like
Marvella and her sister Paulette had, but Valentina came from different stock.

Marvella had looked like I imagined
Cleopatra had looked when Julius Caesar first saw her, and Paulette was just as
stunning.

But Valentina, tiny and pretty with
delicate features, had looked lost in that white dress. The snake bracelets
curling up her arms made them look fat, even though they weren’t.

They didn’t look fat now. They were lean
and muscular, like the rest of her. That delicate prettiness was gone. What
replaced it was an athleticism that hollowed her cheeks and gave her small
frame a wiry toughness that no one in his right mind would mess with.

I knew the reason for the change; she had
been raped by a policeman who then continued to pursue her after his crime. Even
after his murder by one of the city’s largest gangs, she felt she couldn’t stay
in Chicago.

I understood that, just like I understood
the toughness with which she armored herself. But I also missed the delicate
woman in the oversized dress, the one who smiled easily and had a strong sense
of the ridiculous.

“You know,” Marvella said, leaning
against the driver’s side window, “as much of a fuss as that woman’s putting
up, I don’t think we should take her out of here at all.”

I agreed. We were supposed to take her to
a charity a group of us had started on the South Side of Chicago. Called
Helping Hands, the charity assisted families — mostly women and children
– who had no money, no job skills, and no place to go. I found a lot of
them squatting in houses that I inspected for Sturdy Investments. Rather than
turning them out, I went to Sturdy’s CEO and the daughter of its founder, Laura
Hathaway — who, not by coincidence, had an on-again, off-again
relationship with me.

Laura agreed that we couldn’t throw
children onto the street, so she put up the initial money and got her rich
white society friends to put up even more. Without Laura’s society connections,
Helping Hands wouldn’t exist.

It wasn’t designed for people from
Wisconsin. We had devised it only for Chicagoans, and mostly for those on the
South Side. We had a few white families go through our doors over the years,
but not many. We only had a few white volunteers. The white face that most of
our clients saw — if they saw one at all — was Laura’s, and then
only because she liked to periodically drop in on the business and check up on
everything herself.

“I mean,” Marvella said, “what happens if
she changes her mind again halfway between here and Chicago? If she starts
screaming from the back seat of your car, the cops will pull us over in no
time.”

I winced. If the woman claimed she was
being taken to Chicago against her will, then there were all kinds of laws we
could be accused of breaking, not the least of which was kidnapping.

“Tell Valentina this isn’t going to
work,” I said.

“
Not
going to tell her. She has her heart set on saving that little girl.”

That little girl kept looking at me from
the safety of her mother’s thigh. I could see why Valentina wanted to save her.
The little girl’s eyes shone with intelligence, not to mention the fact that
she was the only calm one in the trio.

Her mother was crying and shaking her
head. Valentina was still talking, but it didn’t look like she was going to get
anywhere.

“You can’t save someone who doesn’t want
to be saved,” I said.

“You tell Val that,” Marvella said.

“Bring her over here and I will,” I said.
“Because in no way am I getting near that woman with the diner crowd watching.”

Marvella glanced up at them and frowned. I
couldn’t quite tell, but it seemed like more bodies were pressed against the
glass around the door. One huge white man was now standing beside his pick-up
truck, twirling his key ring on his right index finger.

She walked back to the women. She put a
hand on Valentina’s shoulder and led her, not gently, away from the woman.

Marvella and Valentina talked for a few
minutes. Marvella nodded toward the diner.

Valentina looked up for the first time. Her
lips thinned. Then she nodded, just once.

She walked back to the woman and her
daughter.

Marvella walked back to me and got in the
passenger side.

“Not really,” Marvella said. “We need to
call Helping Hands and tell them to put a white volunteer at the front desk,
not that I think that’s going to work.”

“Because Val’s convinced she can drive
the woman to Chicago all by herself,” Marvella said.

I looked at the three of them, still
standing in the parking lot. The woman wiped her good hand over her eyes.

“Why would she go with Valentina and not
with us?” I asked.

Marvella rolled her eyes. “Valentina has
apparently reached honorary white person status. She nearly lost it when seen
in the company of her black cousin and the mean-looking black driver. You
should have heard the crap that woman spouted about niggers come to kidnap her
daughter —”

“Me either,” Marvella said. “I nearly
told the bitch to shove it up her bony little ass, but Val wouldn’t let me. She
said she’s just scared and out of her depth and had we forgotten that Madison
is 90% white? I’m thinking maybe she forgot or she should have at least told us
so we could’ve brought your society girlfriend along to make little miss
holier-than-thou over there a lot more comfortable.”

I let the dig at my society girlfriend go
by. Marvella and Laura got along, now, after a lot of wrangling and harsh words
over the years. This was just Marvella’s way of letting her anger out without
aiming it at the woman we had driven an hour and a half to help.

“So let’s just go,” Marvella said. “We’ll
pull over somewhere with a pay phone and call Helping Hands, and then our job
here is done.”

I hesitated for just a moment. The little
girl was still watching us. Valentina turned slightly, waved her hand in a shoo
motion, and I nodded.

I started the car, turned the wheel, and
pulled out of the parking lot, glancing into my rear view mirror to make sure
no pick-up truck followed us.

After twenty minutes, I let out a breath.

After thirty, I knew we were in the
clear.

After we had made the call to Helping
Hands, I figured we were done with this job.

Of course, I was wrong.

Three months later, Marvella pounded on
my apartment door. We lived just across the hall from each other.

“I have a phone call you need to take,”
she said.

I yelled to my fourteen-year-old son Jim
that I would be right back, then crossed the hall. Even though it was December
and the landlord had forgotten to turn on the heat in the hallway, Marvella was
bare foot. She wore a towel around her hair, and a brown caftan that she
clearly used as a robe.

A Dark Dividing by Rayne, Sarah
Anything For You: A Coming Home Short Story by Scott, Jessica
Bitten By Mistake by Annabelle Jacobs
Jane's Austen: The Boy Next Door (hot erotica) by Banks, Melody
Hidden in the Trees (Bellingwood Stotries #1) by Diane Greenwood Muir
To Have and to Hold (Cactus Creek Cowboys) by Greenwood, Leigh
And Then Things Fall Apart by Arlaina Tibensky
Aces Wild by Erica S. Perl
Devotion (Club Destiny #7) by Nicole Edwards
The Mortal Nuts by Pete Hautman
Our partner