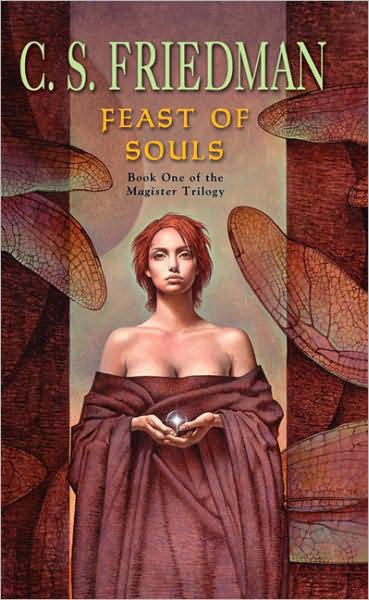 This book would not exist without the contributions of one very special person. I regret that I can’t give you her real name. She lives two separate lives, you see, and the one I needed to learn about was a thing of shadows and secrets, so different from anything in my own experience that I did not feel that reading books about it was enough. I needed a real person, someone willing to share the darkest moments of her past with me, someone insightful enough to understand how those moments shaped her life.

Her clients call her Anna.

With rare candor and boundless generosity this lady opened her heart to me, sharing her memories freely—good ones and bad ones, triumphant and troubling, from the desperation that first drove her to sell her body to the rare moments of empowerment she snatched from a world of exploitation and abuse. Though her I came to understand the social and sexual dynamics that had molded my main character in her youth, and to make her real. Without Anna’s counsel, such a project would have been nigh on impossible.

So thank you, Anna, for helping bring Kamala to life.

Thanks also to my agent Russ Galen for his creative input into this work, and David Walddon as always for being my most insightful critic (and most enthusiastic cheerleader). Also Paul Hoeffer and Carl Cipra for outstanding commentary upon the work in progress. I couldn’t have done it without you, guys.

Imnea knew when she awoke that Death was waiting for her.

She had been seeing the signs of his presence for some time now. A chill breeze in the corners of the house that wouldn’t go away. Shadows that seeped in through the windows, that didn’t move with the light. The icy touch of a presence upon her skin when she healed the Hardings’ little girl, that left her shuddering for hours afterward.

The mirror revealed little. Of course. It wasn’t the way of witching folk to age and die like normal people. Hie fuel within them was consumed too quickly, like a fire into which all the winter’s wood had been placed at once. What a blaze it made! Yet quickly gone, all of it, until it smothered in its own ash.

How long ago had the dying begun? Did it start in her youth, when she first discovered she could do odd things—tiny little miracles, hardly worth noting—or not until later? Did Death first notice her when she made tiny points of fire dance on the windowsill, with a child’s unconscious delight (and how her mother had punished her for that!), or not until she reached deep within herself with conscious intent to draw strength from her very soul—from that central font of spiritual power that mystics called the
athra
—and to bend it to her purpose? When and where was the contract with Death sealed, and what act marked its closing? The healing of Atkin’s boy? The calling of rain after the Great Drought of ’92? The day she had cleansed Dirum’s leg of its gangrene, so that they wouldn’t have to cut it off?

She was thirty-five. She looked much older.

Soon
, Death whispered, his voice disguised as the whisper of falling snow.
Soon
…

With a sigh she fed some more wood into the stove and tried to stoke its dying embers to more radiant heat. It had been more than a year now since she’d last used the power. She’d hoped that if she stopped, some of her strength would return. Surely whatever internal energies created the athra in the first place could restore it to strength, if it was no longer used for witchery. But even if that were true, how much of her life was gone already? Each time she had used the magic to heal a child, cast out a demon, or bless a field against the onslaught of locusts, she had drawn upon her own life force for power. The supply wasn’t endless. All the witching folk knew that. Just as the flesh became exhausted in time, so did the fires of the spirit bank low, smolder, and finally extinguish. Use the fuel for things other than staying alive and the fire would be extinguished that much sooner.

Yet how could you have the power to heal, and not use it? How could you watch a child turn blue before you and not clear out its lungs and give it life again, even if the cost was a few precious minutes of your own life?

Minutes had seemed like nothing in the beginning. What do young people know of time, especially when the power is pounding in their veins, demanding expres-sion? By the time you became aware that minutes combine to make hours, and hours add up to days, and days to years… by then Death was already knocking on your door.

No more witchery
, she had promised herself a year ago. Whatever time she had left, it would be her own. She had let the village know she wouldn’t be able to do healing for them anymore, and that was the end of it. Let them hate her for it if they wished. It would be a poor answer to her years of service if they did, but she wouldn’t be surprised. Human nature was remarkably ungrateful when it came to expecting sacrifice of others.

And already it had begun. She had heard the whispers. Every child that died of the pox now died because of her inaction. Every injury that led to death now was due to her callousness. Never mind that illness and injury were a natural part of life that only costly miracles could defy. Never mind that for two decades she had expended her own life-energy to provide those miracles. Never mind that Death was breathing down her neck now because of those very acts. This year she had turned them all away, and that was all that anyone seemed to care about.

She leaned forward over the fire, trying not to ask herself the question that all the witching folk did, in the end.
Was it worth it
? Too much danger in that internal dialogue. Answer no, and your last days would be filled with regret. Answer yes, and then your dying was your own damned fault.

Suddenly a knock on the door drew her from her reverie. Who on earth was visiting her in these final days, when all the town was treating her like a pariah?

She walked to the heavy oaken door and pulled it open. By the dying light of the winter day she could see two figures standing outside. No need to ask what they’d come for. One of the figures held a small bundle in her arms, and from its size and drape she guessed it to be a child, swathed in blankets. A pang of emotion stabbed her in the heart, guilt and anger hotly combined.

Isn’t it enough that I refuse you in the marketplace, in the temple, in the very streets? Must you bring your sick ones to my very door, to be turned away?

For a moment she almost shut the door in their faces, but a lifetime’s habit of hospitality proved too strong to overcome. Grunting, she stepped aside for the two to come in. By the stove’s dim light she could see them better: a tall, gaunt woman, peasant-born, who had clearly seen better days, and a young girl by her side, hardly looking better. The kind you healed and sent home knowing that Death might claim them the next year anyway, from starvation or abuse or any one of the thousand things no witching power could heal. The girl had a hard edge about her, as if she had already seen the rotting underbelly of the world and become inured to its stink; it was a frightening look, in one so young. The woman… looked merely desperate.

“Mother,” the woman began respectfully. “I’m sorry to bother you—”

“I don’t do healing any more,” Imnea said curtly. “If you want a cup of tea to warm you before you set on your way again I’ll give you that. I might have a scrap of bread. But that’s all.”

She expected the woman to argue with her and she was braced for it. Gods knew she’d been through this before, a hundred times over, it seemed. But instead the woman said nothing, merely lowered a corner of the blanket wrapped around her child. The glimmering green pustules on his fevered face spoke volumes in that moment, before she covered them up again.

Green Plague. Imnea had seen it only once, years ago.

That was after it had claimed half a town. The witching folk had banded together then—an event as rare as the Red Moon that had shone down upon the effort—trying to burn away the infection not only from a handful of bodies, but from the village itself. It was said there were times in the old days when the Green Plague, sweeping through the land, had killed two out of every three people. That time it didn’t. Maybe their efforts had helped stop it. Maybe the gods had seen so many witching folk offering up years of their own lives to heal others that they decided it was time for a single act of divine mercy to be granted. Or maybe Death was just too busy gathering up all the new contracts the witching folk had offered him that night to worry about spreading the convulsive disease further.

She didn’t need to feel the boy’s skin to know he had fever. Or to read his future to know the terrible suffering that awaited him if the disease went unchecked. It was a horrible way to die.

“I don’t do healing anymore.” The words lacked the conviction she wanted them to have. Damn these people, why did they have to bring the boy here, into her home?

“You have the power. They say you’ve healed this sickness before.”

“And I don’t anymore. I’m sorry. That’s the way it is.” Each word scored her throat like a hot knife as she forced it out. Didn’t the woman understand what such a healing would cost her?

What gives you the right to demand my life?

The Plague would force the boy into seizures soon, terrible seizures in which he would scream out for water, but vomit up anything that was given to him. It would go on for days, if his family didn’t put him out of his misery. And they wouldn’t. They’d pray and they’d make offerings and they’d ask the gods to please, please make this boy one of the few who were strong enough to survive the Plague. And so he would suffer, endless days of agony, until all that was left was a desiccated husk from which the human soul had long since departed, begging unheard for the final mercy to be granted.

Nightmare City by Klavan, Andrew
Travels with Barley by Ken Wells
Worth the Drive by Mara Jacobs
Don't Lie to Me by Stacey Lynn
The Eyes of a King by Catherine Banner
Enslaved by a Rebel [Sold! 2] (Siren Publishing Everlasting Classic ManLove) by Anitra Lynn McLeod
Amsterdam 2012 by Ruth Francisco
Mind's Eye by Hakan Nesser
Moon Squadron by Tickell, Jerrard
Scrivener's Moon by Philip Reeve
Our partner