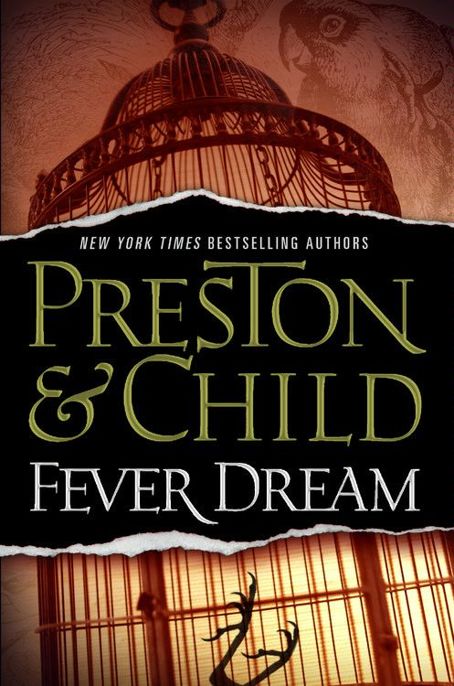 By Douglas Preston and Lincoln Child

The Wheel of Darkness

The Book of the Dead

The Cabinet of Curiosities

In answer to a frequently asked reader question:

The above titles are listed in descending order of publication. Almost all of them are stand-alone novels that need not be
read in order, except for the pairs
Relic/Reliquary
and
Dance of Death/The Book of the Dead
, which are ideally read in sequence.

The Monster of Florence
(with Mario Spezi)

Talking to the Ground

Dinosaurs in the Attic

This book is a work of fiction. Names, characters, places, and incidents are the product of the authors’ imagination or are
used fictitiously. Any resemblance to actual events, locales, or persons, living or dead, is coincidental.

BY DOUGLAS PRESTON AND LINCOLN CHILD

A PREVIEW OF GIDEON'S SWORD

AN AUDIO PREVIEW OF GIDEON'S SWORD

T
HE SETTING SUN BLAZED THROUGH THE AFRICAN
bush like a forest fire, hot yellow in the sweltering evening that gathered over the bush camp. The hills along the upper
Makwele Stream rose in the east like blunt green teeth, framed against the sky.

Several dusty canvas tents circled a beaten area shaded by a grove of old musasa trees, their branches spreading like emerald
umbrellas over the safari camp. A thread of smoke from a cooking fire twisted up through the cover, carrying with it the tantalizing
scent of burning mopane wood and roasting kudu.

In the shade of the central tree, two figures, a man and a woman, were seated in camp chairs on either side of a table, drinking
iced bourbon. They were dressed in dusty khakis, long pants and sleeves, protection against the tsetse flies that came out
in the evening. They were in their late twenties. The man, slender and tall, was remarkable for a cool, almost icy paleness
that seemed impervious to the heat. The coolness did not extend to the woman, who was lazily fanning herself with a large
banana leaf, stirring the thick mane of auburn hair she had loosely tied back with a bit of salvaged twine. She was tanned
and relaxed. The low murmur of their conversation, punctuated by an occasional laugh from the woman, was almost
indistinguishable
amid the sounds of the African bush: the calls of vervet monkeys, the screech of francolins and chattering of fire-finches,
which mingled with the clattering of pots and pans in the kitchen tent. The evening chatter was underlain by the distant roar
of a lion deep in the bush.

The seated figures were Aloysius X. L. Pendergast and his wife of two years, Helen. They were at the tail end of a hunting
safari in the Musalangu Game Management Area, where they had been shooting bushbuck and duiker under a herd reduction program
granted by the Zambian government.

“Care for another sundowner?” Pendergast asked his wife, raising the cocktail pitcher.

“Another?” she replied with a laugh. “Aloysius, you wouldn’t be planning an assault on my virtue, would you?”

“The thought never entered my mind. I was hoping perhaps we could spend the night discussing Kant’s concept of the categorical
imperative.”

“Now you see, this is exactly what my mother warned me about. You marry a man because he’s good with a rifle, only to find
he has the brains of an ocelot.”

Pendergast chuckled, sipped his drink, glanced down at it. “African mint is rather harsh on the palate.”

“Poor Aloysius, you miss your juleps. Well, if you take that FBI job Mike Decker’s offering, you can drink juleps day and
night.”

He took another thoughtful sip and gazed at his wife. It was remarkable how quickly she tanned in the African sun. “I’ve decided
not to take it.”

“I’m not sure I’m ready to stay in New Orleans with all that it entails—the family complications, the unpleasant memories.
And I’ve seen enough violence already, don’t you think?”

“I don’t know—have you? You tell me so little about your past, even now.”

“I’m not cut out for the FBI. I don’t like rules. In any case, you’re all over the world with that Doctors With Wings outfit;
we can live anywhere, as long as it’s close to an international airport.
‘Our two souls therefore endure not a breach, but an expansion, like gold to airy thinness beat.
’ ”

“ ‘Every woman knows all about everything,’ ”
he intoned.

“On second thought, spare me the Kipling as well. What did you do as a teenager, memorize
Bartlett’s
?”

“Among other things.” Pendergast glanced up. A figure was approaching along the trail from the west. He was a tall Nyimba
tribesman, dressed in shorts and a dirty T-shirt, an ancient rifle slung over his shoulders, carrying a forked walking stick.
As he approached the camp, he paused and cried out a greeting in Bemba, the local lingua franca, which was answered by welcoming
shouts from the kitchen tent. He then proceeded into camp and approached the table at which the Pendergasts were seated.

Both rose.
“Umú-ntú ú-mó umú-sumá á-áfíká,”
Pendergast said by way of greeting, and grasped the man’s dusty, warm hand, Zambian-fashion. The man proffered his walking
stick to Pendergast; there was a note wedged into its fork.

“For me?” Pendergast asked, switching to English.

“From the district commissioner.”

Pendergast shot a glance at his wife, then removed the note and unfolded it.

I wish to have a conversation with you immediately via SSB. There has been a nasty business at Kingazu Camp—very nasty.

PS. Dear chap, you know perfectly well that regulations require you to have SSB communications set up at every bush camp.
It is most annoying to have to send a runner like this.

“I don’t like the sound of that,” said Helen Pendergast, looking over her husband’s shoulder. “What do you think this ‘nasty
business’ is?”

“Perhaps a photo tourist has suffered the amorous advances of a rhinoceros.”

“That’s not funny,” Helen said, laughing all the same.

“It is rutting season, you know.” Pendergast folded the note and shoved it in his breast pocket. “I’m very much afraid this
means our shooting safari is over.”

He walked over to the tent, opened a box, and began screwing together the battered pieces of an aerial antenna, which he then
carried up into a musasa tree and wired to an upper branch. Climbing back down, he plugged the wire into the single side-band
radio he had placed on the table, turned on the unit, adjusted the dials to the correct frequency, and sent out a call. In
a moment the irritated voice of the district commissioner came back, squawking and scratchy.

“Pendergast? For God’s sake, where are you?”

“Blast. I was hoping you were nearer the Banta Road. Why the devil don’t you keep your SSB connected? I’ve been trying to
reach you for hours!”

“May I ask what’s happened?”

“Over at Kingazu Camp. A German tourist was killed by a lion.”

“What idiot allowed that to happen?”

“It wasn’t like that. The lion came right into camp in broad daylight, jumped the man as he was walking back to his hut from
the dining tent, and dragged him screaming into the bush.”

“Surely you can imagine ‘and then’! The wife was hysterical, the whole camp went into an uproar, they had to bring in a helicopter
to airlift out the tourists. The camp staff left behind are scared shiteless. This fellow was a well-known photographer in
Germany—bloody bad for business!”

“Did you track the lion?”

“We have trackers and guns, but nobody who’ll go into the bush after
this
lion. Nobody with the experience—or the ballocks. That’s why we need you, Pendergast. We need you down here to track that
bugger and… well… recover the remains of the poor German before there’s nothing left to bury.”

“You haven’t even recovered the body?”

“Nobody will go out there after the bloody thing! You know what Kingazu Camp is like, all the dense brush that’s come up because
of the elephant poaching. We need a damned experienced hunter. And I needn’t remind you that terms of your professional
hunting
license require you to deal with rogue man-eaters as, and if, it becomes necessary.”

“Where’d you leave your Rover?”

“Get cracking as fast as you can. Don’t bother breaking camp, just grab your guns and get down here.”

“It’ll take a day, at least. Are you sure there isn’t anyone closer who can help you?”

“Nobody. At least, nobody I’d trust.”

Pendergast glanced at his wife. She smiled, winked, mimed the shooting of a pistol with one bronzed hand. “All right. We’ll
get moving right away.”