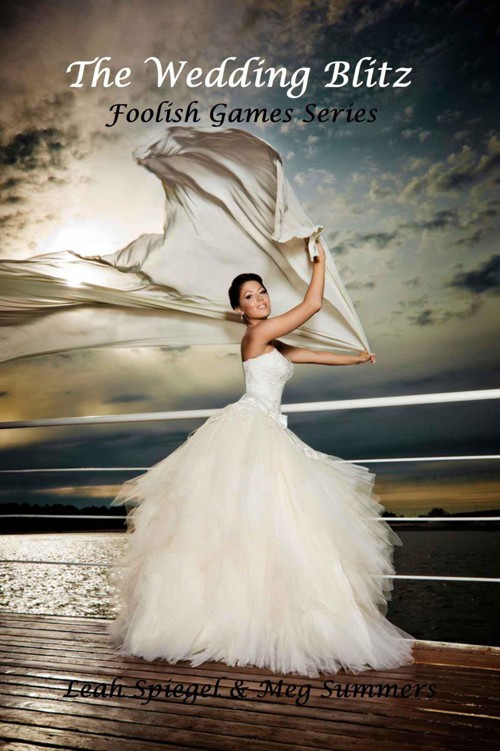 This is a work of fiction. Any resemblance of characters to actual persons, living or
dead,
is purely coincidental. The author holds exclusive rights to this work. Unauthorized duplication is prohibited

For information about the authors go to

This book is dedicated to Stacy Costner; we can’t thank you enough.

Cause
I am going to make this place your home
”

I never thought I’d see the day when Lizzie would be the one to fill Hawkins’ tour bus up with gas at the Exxon station in San Francisco. She never seemed that interested in helping me take care of my father’s old vintage Volkswagen Van when we first started following the Grimm Brothers Band on their summer tour but then again a lot had changed since then.

From inside the convenience store, I watched Lizzie wink at a passing customer who looked stunned by her dazzling
smile as she chomped down on a piece of gum. She seemed to have this same
affect
on most of the guys she met. Hell it’s why Warren, the bass player of the band, fell for her the very first night he set eyes on her backstage. She had the kind of supermodel looks that made guys swoon and made other girls jealous of how her long blonde messy hair cascaded down around her tight white tank top that shamelessly hugged her
assets
(or at least that’s what she called them) in her bright red bra. She bent her long tan gams as she turned around to remove the gas nozzle from the bus and hooked it back into place on the fuel dispenser. She flashed a wicked grin at another guy customer as he made his way back to his Harley motorcycle. Little did he know that she would chew him up and spit him back out like the gum in her mouth.

“Someone’s hungry,” the woman cashier, with a sleeve of tattoos down her arm, boasted behind the register. I looked down at the heap of junk food: one bag of M&Ms, two Hershey bars, one Twix, and three bags of skittles.

“I’m not the only one eating all of this,” I lied since I was actually eating it all now that I was eating for two. I quickly paid the cashier and as if this wasn’t humiliating enough began dropping some of the snacks on the floor as I tried to make a hasty escape hindered further when the cashier hadn’t offer to give me a bag for the snacks. Not that I cared that was until, Lizzie shouted across the parking lot. “It’s going to go straight to your hips and thighs! Hawkins isn’t going to want you when you’re the size of a whale.”

“Lizzie, it’s Hawkins,” I sighed as she made her way down the side to the front of the bus.

“Well that is if he were
normal
,” she said under her breath as we climbed inside. I was about to tell her that I had heard her when she then did the unthinkable (or at least I was still trying to wrap my mind around it) as she got behind the wheel of the bus and started it up.

Lizzie had offered to drive the tour bus ever since the recent death of Hawkins’ bus driver, Ted. She claimed that she used to drive her grandparent’s RV around whenever
they
went camping because
she
was not and never was going to be a
camper
and unfortunately for the rest of us, she had the C driver’s license to prove it.

“Places everyone!”
I shouted back at Riley, Warren, and Hawkins as I hurried up with my goodies to one of the leather lounge couches on either side of the front of the bus. I knew there weren’t any seatbelts on the bus but that didn’t stop me from looking for them every time Lizzie volunteered to drive. Riley, my best friend, quietly held up a mug of coffee as if to say ‘thank you’ before proceeding to sit down in the nearby kitchen booth.

I secretly dubbed Riley ‘Abercrombie and Fitch’ because he looked like the models in the large black and white photographs displayed in the stores and partly because if Riley weren’t gay I would have snatched him up years ago.

“You’re not that good either,” I sighed when she suddenly gunned the bus forward causing my stash of goodies to scatter to the floor again as I held on for dear life to the top edge of lounge booth. She then took a wide turn, probably trying to miss hitting the convenience store altogether, sending my butt sliding across the slick lounge couch once I finally lost my grip.

Warren, the bass player for the band, stumbled forward from where he was sleeping on one of the bottom bunk beds in the back. He looked amazingly untroubled by Lizzie’s driving partially because he was so clearly hung over. He held out a shaky hand to grab onto kitchen table as he continued to stagger forward before...

He whacked into the kitchen cabinets on the opposite side when Lizzie took another quick turn. Riley’s eyes quickly narrowed as he grimaced, “Ouch…you okay there?”

Warren looked like he hadn’t shaven in days and I noticed his sandy blonde hair was shooting up like someone had shellacked the side of his head with grease. It had only been a few weeks since his sister, Gwyneth’s death and we all knew that he was still grieving. Gwyneth had joined the tour under the false assumption that she was there to try to get Hawkins back since they were engaged to get married once. It was all really a cover for the fact that she had obtained crucial information that both our country and a group of terrorists from the Middle East thought was worth killing for. At the time she admitted to thinking, what could be a more secure place for her to hide than behind the band’s security? I myself had been tortured by a group of men, who I thought were terrorists when they were really our own National Security Agents, because Gwyneth had told them that I had taken her locket where the microchip of information was concealed in.

That was now secondary in my mind as I watched Warren on his relentless pursuit to pour himself a drink while Lizzie tossed us around like the contents of a piñata. He pulled down a tumbler glass from a cabinet up above and placed it down on the kitchen counter. As Lizzie continued to turn and turn until it felt like we were going around in circles, I watched his glass slide down the counter. I was surprised that it didn’t fall off of the edge and shatter onto the floor but then again I think I underestimated Warren’s need to self-medicate himself because he caught the glass and then dragged it back again and again until he finally managed to unscrew the top of a bottle of whiskey to pour himself a drink.

“What are you having?” Lizzie asked causing Riley and me to bug our eyes out in utter astonishment.

“Lizzie,” Riley and I groaned in unison.

“That’s cool, it just leaves more for me,” Warren mumbled under his breath before he downed the drink like a shot which I noticed wasn’t mixed with anything, just straight from the bottle.

We all looked in the direction of Hawkins’ closed bedroom door where we had heard a loud thud when Lizzie took another wild turn. Warren just snickered as he poured himself another drink because there was no mistaking the fact that Hawkins had literally just rolled out of bed.

“Lizzie,” Hawkins grumbled minutes later, dressed in only a pair of dark washed jeans. The sight of his half naked body made my heart suddenly come alive. I think Riley even enjoyed the view as Hawkins pulled a t-shirt over his exposed and very well defined chest. “I thought you said you knew how to drive this thing.”

Hawkins rubbed a hand over his five o’clock shadow in disbelief as he approached the front of the bus. Sometimes I wasn’t sure how I managed to get my hooks into Hawkins because he was uncommonly handsome with his dark hair, chiseled cheek bones, and smoldering blue eyes.

“Good, you’ve got an appetite,” he stopped midway to pick up a bag of M&Ms that had been tossed to the floor.

“I
had
an appetite,” I stressed with a nod at the back of Lizzie as he sat down beside me and wrapped an arm around my back until we were nestled together. Hawkins ripped open the bag of M&Ms and motioned for my hand but I just shook my head since all the moving around had made me feel queasy.

“Don’t make me force feed you like a little kid,” he playfully scolded me but when I didn’t hold out an open hand, he sifted through the open bag of M&Ms. He picked out a green colored one and began to move it back and forth in front of my face like an airplane, complete with the sound effects and all, stopping when it touched my lips causing me to laugh. “Open up,” he
cooed
until I finally dropped open my mouth so he could place the piece of chocolate in my mouth. “You see, that wasn’t so bad.”

I spit the M&M back out onto the floor. When Hawkins looked at me with a mixture of shock and laughter, I quickly explained, “I don’t think the baby likes green M&Ms.”

Hawkins laughed from somewhere deep down inside and it seemed to echo off the bus’s walls long after he was done. “Well then what is it that the baby does like, huh?”

The Complete Short Stories of W. Somerset Maugham - II - The World Over by W. Somerset Maugham
The Sweet Edge by Risa Peris
Saved By Her Dragon by Julia Mills
The Sea Star by Nash, Jean
Love or Money? by Carrie Stone
Blade of Tyshalle by Matthew Woodring Stover
The Middle Sea: A History of the Mediterranean by John Julius Norwich
UNHOLY - A Bad Boy Romance by Moore, Gabi
Falling Star (Beautiful Chaos #2) by Arianne Richmonde
Overnight by Adele Griffin
Our partner