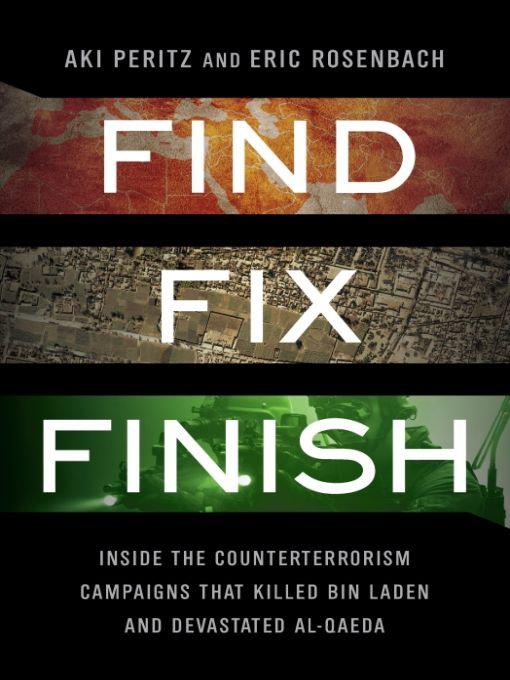 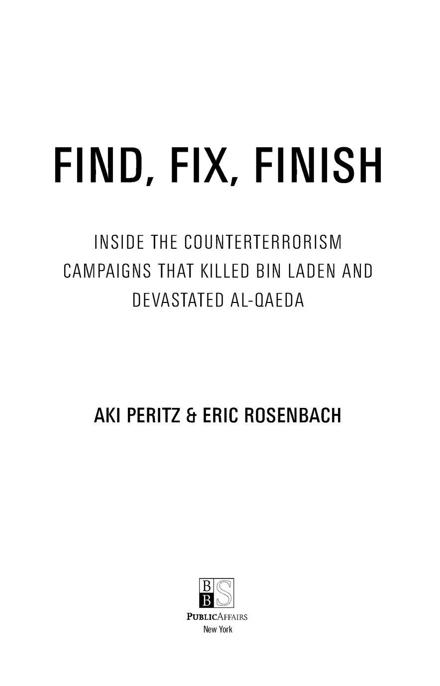 THE COLOSSUS SHIFTS ITS FOOTING

IN SEARCH OF MONSTERS

ADRIFT IN THE POST–COLD WAR ERA

PICKING UP THE PACE

TAKING THE CONVENTIONAL ROAD AT THE PENTAGON

BUILDING THE CASE FOR WAR AGAINST IRAQ

THE POLITICS OF INTELLIGENCE

CHAPTER 6 - COUNTERTERRORISM IN A WAR ZONE

“TO DRINK FROM THE VARIOUS GOBLETS OF DEATH”: 2005

RAUF’S DEMISE AND THE SECOND TRIAL

THE ACCOUNTANT GETS A PROMOTION: SHAYKH SAID AL-MASRI (KILLED, MAY 2010)

CHAPTER 9 - THE ENEMY WITHIN

TO STRIKE OR TO DEVELOP

THE LAST RIDE OF SALIM AL-HARETHI

BACK TO THE FUTURE: SOMALIA AND SALEH ALI SALEH NABHAN

CHAPTER 12 - TO THINE OWN SELF BE TRUE
Acknowledgments
APPENDIX I: LIST OF ACRONYMS
APPENDIX II: IBN SHAYKH AL-LIBI TIMELINE
APPENDIX III: TARGETED FLIGHTS
APPENDIX IV: POSSIBLE TARGETS
NOTES
INDEX
Copyright Page
For Dana
—A. P.
To my family, because they put up with a lot
—E. R.
Safety from external danger is the most powerful director of national conduct.
—ALEXANDER HAMILTON , 1787
PREFACE
T
errorism is a political tornado that has the capacity to wreck lives and disrupt societies. For those unlucky bystanders caught up in its path and for those who have lost loved ones in attacks, terrorism is a random, unforgivably cruel turn of fate. The specter of terrorism causes people to think twice about normal social activities: joining a crowd, idling at a café, boarding a plane, and taking the subway. Terrorists fray the intangible ties that bind, causing otherwise rational individuals and modern civilizations to act in irrational, medieval ways.
Al-Qaeda has been the world’s foremost purveyor of this particularly lethal form of social mayhem. Its 9/11 operation was notable not only for its destructive capacity but also for its audacity, striking the heart of the world’s superpower on a sunny Tuesday morning. And, unlike many terror groups that have focused on regional and parochial interests, al-Qaeda has taken its cause worldwide. Al-Qaeda members have attacked New York City, Madrid, London, Amman, Istanbul, Islamabad . . . the list goes on and on.
For all the rhetoric that followed 9/11, America did not possess a fully formed, off-the-shelf strategy to disrupt, dismantle, and defeat al-Qaeda. Rather, on September 12, the US began the first of a series of painful, halting steps to confront this determined adversary. America’s counterterrorism policy is a dense web of interconnected stories of men and women making tough choices and authorizing risky decisions. It is a complex series of tales filled with victories as well as defeats, resolute behavior, bureaucratic compromises, paths taken and those not.
As we enter the spring of 2012, America’s leaders insist that al-Qaeda is on the ropes. Upbeat evaluations have been the hallmarks of American policymakers even in the worst of times. “I’m convinced,” defense secretary Leon Panetta said in mid-2011, “that we’re within reach of strategically defeating al-Qaeda.” Michael Vickers, who a generation ago provided creative solutions in the covert war against the Soviets in Afghanistan, expanded this sentiment, noting that “within 18 to 24 months core al-Qaeda cohesion and operational capabilities could be degraded to the point that the group could fragment and exist mostly as a propaganda arm.” Thankfully, this optimism may be merited. While al-Qaeda has proven itself a resilient and resourceful foe, America’s ability to track and destroy al-Qaeda operatives anywhere on earth has never been better.
BOTH AUTHORS
served in sensitive US government positions. As such, various publication review boards have examined this manuscript. Some redactions remain as blacked-out text in the final version of this book. Uncle Sam also asked to include the following text:
In the interest of full disclosure, this publication was submitted for pre-publication reviews to the Central Intelligence Agency to ensure that no classified information was accidentally disclosed. However, the CIA’s review did not shape the case study’s scope, tone, or subject material; rather, the authors remain solely responsible for this publication’s content.
CHAPTER 1
FIRE FROM THE SKY
The Find-Fix-Finish Doctrine in Action
T
he crisp, clear morning of August 5, 2009, was the last one of Baitullah Mehsud’s life.
1
The grim leader of Tehrik-e-Taliban Pakistan (TTP)—more commonly known as the Pakistani Taliban—had been responsible for Prime Minister Benazir Bhutto’s assassination and dozens of gruesome suicide attacks in Afghanistan and Pakistan. On that sunny morning Mehsud was lounging on the roof of a squat house in South Waziristan. Without warning, two missiles streaked through the sky and slammed into the house.
2
Mehsud, like many of his victims, never saw his enemy until it was too late.
What happened? Two days earlier, Central Intelligence Agency (CIA) employees, stationed thousands of miles away in suburban Virginia, had identified Mehsud in surveillance footage and ordered the lethal Hellfire missile strike via an unmanned aerial vehicle (UAV). After the dust settled, the video feed indicated that Mehsud had been sliced in half and was unquestionably dead.
3
A week later, President Barack Obama reported that “we took out” Mehsud, confirming it was indeed the US that felled the Taliban commander.
4
In contrast to the many sanitized Hollywood storylines of American officials ordering precision air strikes against dastardly terrorists, eliminating Mehsud had been a lengthy, messy process of trial and error for the US government. The
Washington Post
called finding Mehsud an “obsession” for the CIA; this was the sixteenth drone strike that the Agency, with explicit White House blessing, had executed intending to neutralize him.
5
In pursuing Mehsud, the US had killed an estimated two hundred other individuals—combatants and noncombatants alike—since 2008.
6
Not trusting just one method, American officials beginning in early 2009 even took a parallel approach, advertising a $5 million bounty for information leading to Mehsud’s death or capture.
7
Mehsud’s death exemplified not only the capacity to hunt individuals in the remote badlands of Pakistan without committing ground forces to the area, but also American willingness to allocate resources to finding and killing one man—spending eighteen months, multiple strikes, significant analytical and operational capital, and countless personnel hours to do so. The death of Baitullah Mehsud was the culmination of a learning process for the US, and evidence of a new approach to countering America’s terrorist enemies in remote parts of the world.
The tenure of Baitullah Mehsud’s successor, Hakimullah Mehsud, lasted less than five months. It was cut short by another UAV strike, which severely wounded Hakimullah and occurred only five days after a video surfaced on Al Jazeera showing the new TTP leader seated beside a Jordanian militant who had just killed eight CIA officers in a suicide bombing in Khost, Afghanistan. The quick turnaround time from the video’s emergence to Hakimullah’s neutralization sent a clear message: the US was rapidly perfecting its ability to eliminate those who seek to harm America.