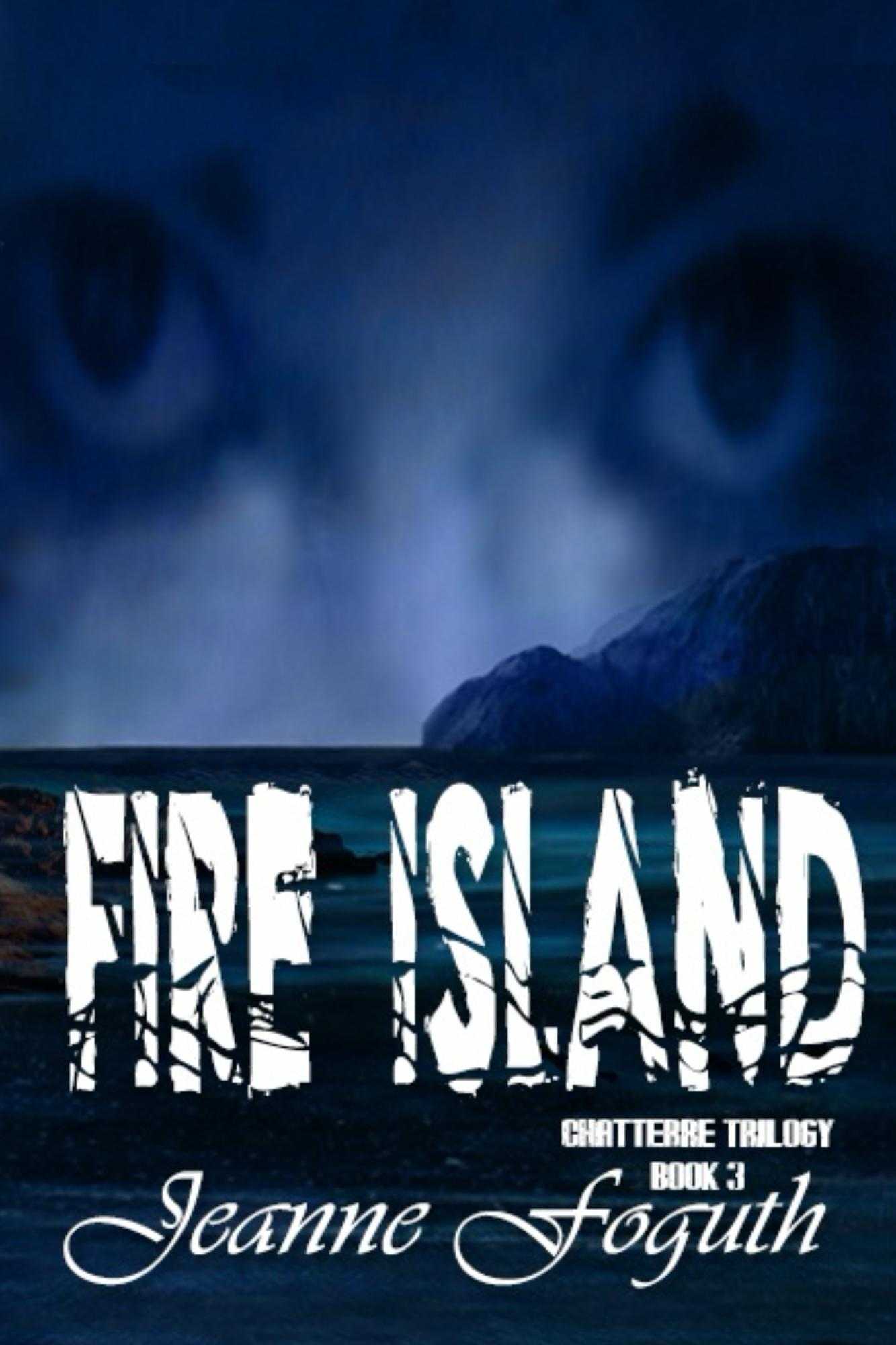 This ebook is licensed for your personal enjoyment only. If you would like to share this book with another person, please purchase an additional copy for each recipient.

Other Books by Jeanne Foguth

A special thank you to Paul, Kaj Graham, Kensleigh Marcha Fox and Pauline Nicolai --- I don't know what I would do without your amazing ability to help me catch typos and inconsistencies.

Thank you also to Kiara Graham for her prowess with digital design. Kiara, I love how your designs give a hint at what the story is about and who is a main character.

This book is a work of fiction. Names, characters, businesses, organizations, places, events and incidents either are the product of the author’s imagination or are used fictitiously. Any resemblance to actual persons, living or dead, events and locales is entirely coincidental.

All rights reserved. No part of this book may be transmitted in any form or by any means, electronic or mechanical, including photocopying, recording, or by an information storage and retrieval system, without the written permission of the Published, except where permitted by law.

Cataloging in Publication Data is on file with the Library of Congress.

Tem-aki slid over the slippery rock floor, which might have been easy to skate on, but was nearly impossible to navigate wearing a clumsy space suit. Moving deeper into the treacherous tunnel, her attention was torn between staying upright and peering through the helmet visor trying to figure out her tricorder's strange readings.

Until they had reached this narrow area, with its slick surface, the readings had been typical of a salt mine. Now, they went from strange silica measurements to even stranger oxide readings. Frowning, she pressed the tricorder against the side of the passage, but the odd analysis did not change.

Tem-aki closed her eyes and tried to focus on what she knew about silica. When molten silicon dioxide was rapidly cooled, it solidified as a glass, which could explain the slippery surface, but it didn't explain how or why this area of the mine had been altered from that of a normal, abandoned salt mine.

Opening her eyes, she looked around. Noticing an offshoot passageway, she moved into it and almost immediately tripped over debris littering the rough potholed floor.

After she regained her balance, she realized that the readings in this area were consistent with an airless salt mine.

What in the world had caused such drastic changes in the chemistry of the main corridor, yet had left this area untouched?

Salt was a staple of life and if the deposit wasn't mined out, this discovery would be valuable to her superiors. Perhaps valuable enough to merit advancement. That. plus finding her brother, who everyone else had given up as dead, made this a very good day, because either one had the potential for a promotion and increased pay-grade, but if she could achieve both, her success was assured.

Of course, there was the problem of how to contact her superiors. She frowned, as she wished she had thought of this before leaving Nambaba and its antiquated communications. If Larwin was here, as Thunder claimed, why hadn't he notified anyone of his location?

Had she gotten herself into the same trap he was in?

Tem-aki glanced back down the tunnel to where Thunder knelt as he prepared the explosives, which he claimed were necessary to protect his people from a madrox invasion. Aside from the bizarre belief that madrox would venture trillions of light years across space to enter a deserted salt mine, Thunder seemed like a rational person and if she could find Larwin alive and well, as Thunder claimed, she wouldn't even mind being trapped with him. Having her brother back in her life was worth much more than rank and credits.

Just as she was about to step back onto the slick surface of the main tunnel, Raine glided past, graceful as a ballerina, not even paying attention to her footing as she talked to Reed. Tem-aki cautiously put weight on her right foot, but the turquoise-colored space-boot slipped on the shiny surface and she nearly cartwheeled into the main mineshaft. Arms flailing for balance, she managed to avoid falling, but dropped her tricorder. A quick glance assured her that Raine and Reed were so focused on their conversation, that they hadn't noticed her clumsiness. Cautiously, Tem-aki walked across the slick, slanting floor of the mineshaft. Perspiration burned her eyes and her heart hammered from the stress of moving over the treacherous ground. When she got to her tricorder, bending over to pick it up nearly had her somersaulting down the slippery slope. Somehow, she managed to grab it without falling flat on her face.

Standing upright, she put her hand against the wall, as she caught her breath and watched Raine move over the tricky floor with the ease and grace of a professional ice-dancer. How did she move like that while wearing a clumsy space suit and heavy boots? Raine was small, curvy and dainty – and graceful, even when wearing an out-dated, bulky charcoal-colored spacesuit. She was everything a woman should look like – everything Tem-aki knew she was not, even though her own custom-made suit was the most advanced design and an attractive turquoise color.

Just thinking about Raine's dexterity, made Tem-aki's knees shake and her boots slide.

“I can do this,” Tem-aki vowed, as she focused her attention on her analyzer. The difference between the rock of the main tunnel and the smaller side tunnels was a geological anomaly she would have loved to examine in depth, but limited air made a thorough investigation impossible.

At least for now.

Perhaps, after she rendezvoused with Larwin, they could recharge the air of both their suits, and continue researching this old mine. For now, she only needed to confirm that there was something worth further study.

Just when she started to feel confident, her feet slipped, again. She pitched sideways into another side-tunnel and fell on top of something with sharp corners. Fearing her spacesuit had been punctured, Tem-aki rolled to her right and checked for damage.

She heaved a sigh of relief, then scrambled to her feet and panned her las-light to see what she’d fallen on. A perfectly preserved Artelbas IV bench sat at the side of the space. She stared in shock. How had such a rare and valuable antique gotten here?

The bench made the prospect of finding her brother alive and well seem possible.

“You all right?” Thunder asked.

Great, he'd seen her make a fool of herself. “I’m fine.” Tem-aki gestured toward the bench. “Surprised at what is in here, though.”

He gave the perfectly carved stone a disdainful glance. “Refuse.” Her shock must have shown through her somewhat foggy face-place because he added, “Things tend to lose value when a person must choose between it and their own life.”

Interesting and probably true, but it was still the single most valuable piece of furniture that she’d ever touched.

“It would be impossible to carry down the mountain, but easy to make one like it.” After that strange statement, Thunder turned and strolled back down the tunnel.

How much farther did they have to go? It felt like they’d been walking for weeks. She glanced at her analyzer: 27.4 kilometers. She wrinkled her nose at the distance, which would have taken a blink of an eye, if she’d been riding in a shuttle; or a few moments, if she’d been standing on a fast-track. She couldn’t recall a time in her entire life when she’d walked such a long way.

Suddenly a roaring sound surrounded her. Her eyes snapped to where the sound had come from and she saw a distant bright gold glow with bright red dots and a brief azure ripple. Tem-aki stood in shock for a moment, almost unable to comprehend that Thunder's fears about the dragons coming down this hostile hole were valid. Then, her survival instinct kicked in and she sprinted down the tunnel, toward Thunder. “Madrox! Run!”

He stared past her, transfixed, then looked down at the maze of switches and wires.

He turned and ran.

Moments later, Tem-aki got to the cobbled-together maze of wires and hit the switch, then, she turned to run after Thunder. But saw GEA-4's damaged form slumped against the wall. She paused and threw the android's arms around her neck, then, she started to run after the others.

Abruptly, a deafening boom, followed by a shockwave threw her face down.

Tem-aki screamed, throwing her hands out to cushion the fall.

Instead of hitting the floor, she plummeted into solid rock, hurtling downward, through what looked solid, but she never actually hit anything.

She closed her eyes and fought the need to throw up, which could be fatal inside a space suit.

Moments turned into minutes and minutes seemed to turn into hours. Tem-aki didn't know how long she hurtled through solid stone, which shouldn't have been possible. Was she hallucinating?

With a jarring halt, Tem-aki splatted against something hard enough to knock the breath out of her, despite her spacesuit's protection. Strangely, though her momentum seemed to slow, it felt like she was still dropping.

Then, she hit something so hard that her knees buckled, pitching forward landing on her face. Pain shot throughout her body.

Lungs burning, she gasped for oxygen, but it seemed impossible to inhale.

Desperate, she lay there, waiting for the glorious whiteness of eternity to envelope her.

Everything stayed shades of charcoal and black.

Unable to breath, beneath the crushing weight, she succumbed to the enveloping darkness.

Heart pounding and face bathed in sweat, Nimri's eyes shot open. It took her several minutes of gasping for breath to realize that she had fallen asleep in the hammock under the ginkgo tree and it had only been a nightmare.

But what a realistic one!

She tried to swallow the lump of fear that still choked her, but the suspicion that dreams could actually be real stayed. This nightmare had been different from the one that she had been having every night for the past half year. But she didn't know if it was a good sign that she hadn't dreamed of hordes of ravenous golden dragons spewing from the Star Bridge or not.

Shading her eyes from the bright afternoon sun, she gazed up at Sacred Mountain's peak and looked for an omen. She thought she saw a thin dark cloud rise above the balata grove, but she couldn't be sure. Gooseflesh rippled over her body and her soon-to-be-born-baby kicked.

An affectionate, leathery nose prodded her elbow. Smiling, Nimri turned her attention from the distant peak and stroked Kazza's muscular shoulders, then tickled the smooth, silky fur at the base of his ear until his tail twitched and his six-hundred-pounds of muscle leaned into her.

A distant bird screamed. Together, Nimri and Kazza turned their attention to Sacred Mountain's summit, where the small black cloud seemed to be dissipating. Was that a good omen or bad?

Did it mean that Thunder had closed the portal and the threat had dissipated?

If so, why hadn't he returned? He should have only been gone more than a week.

In the beginning of her dream, Thunder had been wearing Larwin's strange suit and he had been with four strangers wearing similar attire. Where had they come from? And why hadn't Thunder returned days ago? Worse, poor GEA-4 had been badly damaged.

Had her dream been real or imaginary?

Nimri caressed her bulging abdomen with one hand and Kazza with her other, trying to sooth them, even though she couldn't sooth herself.

If Thunder had not been able to close the Star Bridge, would any of them survive another assault by the aura-devouring beasts?