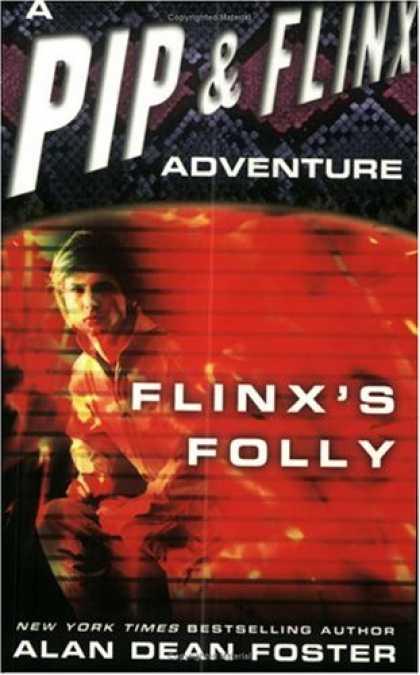 Other Books by Alan Dean Foster

“He’s not dead—but watch out for the winged snake.”

As she studied the tall young man lying unconscious on the fast-moving gurney, the alert eyes of the duty physician at Reides Central narrowed. “What winged snake?”

The harried medtech guiding the gurney gestured at the slow rise and fall of the patient’s chest. “It’s coiled up under his shirt between his left arm and his ribs. Squirmed in there and hid when we arrived to pick him up. Sticks its head out occasionally for a quick look around, but that’s all. Won’t leave. Hasn’t bothered anyone—so far. Almost as if it senses we’re trying to help.”

The emergency sector physician nodded tersely as she continued to pace the gurney. “I’ll be sure and keep my fingers away. Why wasn’t it caught and neutralized before the patient was brought in?”

The medtech glanced sideways at her. “Quickref says it’s an Alaspinian minidrag. They bond emotionally with their owners. If you’d heard what I was told, you wouldn’t get any ideas about trying to separate them.”

They rounded a corner, dodged an oncoming stasis chair, and headed up another corridor. “Hell of a way to practice medicine,” the doctor muttered to no one in particular. “Like there aren’t enough obstacles put in our way.” She leaned slightly forward over the motionless form, but she was unable to detect any movement in the indicated area. “It’s dangerous, then?”

The medtech smoothly eased the gurney into an empty monitoring chamber. “Apparently only if you try to separate them. Or if it thinks you’re trying to harm its master.”

As soon as the waiting sensors detected the gurney’s presence, a dozen different automated appliances initiated a standard preliminary patient scan. They automatically disregarded the presence of the flying snake just as they ignored the basic but neat and clean clothing in which the patient was dressed. The doctor stepped back from the gurney and examined her pad as one recording after another was made and silently transferred. A duplicate set was simultaneously being entered into the official hospital files.

The medtech looked on thoughtfully. “Want me to stay?”

When the doctor glanced up from her softly glowing pad, it was only to eye the patient. “Up to you. I’ll be careful of the snake.” Now that she knew where it was, she could see the slight bulge occasionally moving beneath the patient’s shirt. “If I have any problems, I’ll alert Security.”

Nodding, the medtech turned to go. “Suit yourself. They probably need me in Receiving now, anyway.”

The doctor continued speaking without looking at him. “How many all together?”

“Twenty-two. All standing, walking, or sitting within a few meters of one another in the same part of the Reides shopping complex. All displayed the same symptoms: a sharp gasp, followed by a rolling back of the eyes, and down they went—out cold. Adults, children, males, females—two thranx, one Tolian, the rest human. No external signs of injury, no indication of stroke or myocardial infarction, nothing. As if they’d all simultaneously been put to sleep. That’s what the official witness reports say, anyway. They’re pretty consistent throughout.”

She gestured absently. “It’ll take a minute or two for Processing to finish admitting this one. First thing we’ll do is correlate data between patients for indications of other similarities, so we can try and define some parameters. I’d be surprised if there weren’t several.” Her voice fell slightly. “There’d better be.”

Halfway out the portal, the medtech hesitated. “Viral or bacterial infection?”

“Nothing that contradicts it, but it’s much too early to say.” She looked up from her pad to meet his gaze. Concern was writ large there, and he was clearly looking for some sort of reassurance. “At a guess, I’d say neither one. The zone of influence was too sharply circumscribed. Same goes for a narcoleptic gas. And there are no overt indicators that would indicate an airborne infectious agent—no elevated or reduced blood pressure, no respiratory problems, no dermatological indications, no dilated pupils: not so much as a rash or a reported sneezing fit.”

“Again, it’s too soon to say. Some kind of area-specific sonic projection, maybe, though there’s no evidence of cochlear damage in any of the patients. Delineated flash hallucinogen, cerebroelectrical interrupt—there are numerous possibilities. Based on what I’ve read and seen so far, I’d say the event was a site-specific one-time event, and that no organic agent is involved. But that’s a very preliminary assessment.”

With a grateful nod, the medtech departed. As the portal opaqued behind him, the doctor turned back to her patient.

Other than being taller than average and discounting the presence of the alien pet, he appeared no different from others who had been brought in. She knew results were expected fast. Having twenty-two customers suddenly drop unconscious in one’s place of business was not good publicity for any enterprise. Fortunately for Reides’s management, everything had happened so quickly and the local emergency teams had reacted rapidly enough that the local media had not yet found their way to the hospital. By the time they did, she and her fellow consulting physicians hoped to be ready with some answers.

An attractive young man, she decided, with his red hair and olive-hued skin. Tall, slim, and apparently healthy, if one discounted his current condition. She guessed him to be somewhere in his early twenties. A universal command bracelet encircled one wrist, but there was no sign of whatever specially attuned devices it might control. Probably nothing more elaborate than a vit player, she decided. If it contained usable ident and medical information, the medtech had failed to tap into it. Well, that could come later, following the initial diagnosis. The scanners would tell her everything she needed to know to prescribe treatment. On the bracelet a single telltale glowed softly green, showing that it was active.

Beneath the patient’s shirt, a ropy shape shifted position. She did her best not to stare in its direction. She knew nothing about Alaspinian minidrags beyond the little the medtech had just told her. As long as it did not interfere with her work, she had no desire to know more.

She fidgeted, waiting for the scanners to finish. Even though no serious trauma was involved, the sudden influx of unconscious patients had momentarily overwhelmed the hospital’s emergency staff. She was already eager to move on to the next patient.

The preliminary readings began appearing on her pad as well as on the main monitor that projected from the wall. Heart rate, hemoglobin content, white cell count, respiration, temperature: everything was well within normal, accepted parameters. If anything, the readings suggested an exceptionally healthy individual. Cerebral scan indicated that the patient was presently engaged in active dreaming. Neural activity levels . . . general brain scan . . .

She frowned, checked her pad again. Her eyes rose to squint at the main monitor. It was already scrolling through a list of possible allergies and finding none. Manually interrupting the process, she used her pad to go back to the readout that had attracted her attention. It now appeared on both her pad and the monitor as a separate insert.

The figures were wrong. They had to be wrong. So was the direct imaging. There had to be something the matter with this room’s cerebral scanner. If its results had been a little off, she would have put it down to a calibration error. But the readouts were so far out of line that she was concerned they could potentially compromise patient treatment.

For one thing the patient’s parietal lobes—the parts of the brain responsible for handling visual and spatial tasks—appeared grossly swollen. Since according to the steadily lengthening list of benchmarks being provided by the instrumentation there was no neurobiological basis for such enlargement, it had to be a scanner error. However, that did not account for the exceptionally heightened blood flow to all parts of the patient’s brain, nor for what appeared to be some completely unrecognizable enzymatic and electrical activity. Furthermore, although the frontal cortex was quite dense, its apparent normality was hardly in keeping with the contrasting readouts for other portions of the cerebellum.

While many neurons were perfectly normal, dense clusters of others scanned in certain parts of the brain were swollen so large and were so inundated with activity as to suggest a potentially fatal ongoing mutation—potentially, because it was patently evident that the patient was still alive. Deeper probing soon discovered additional unnatural distortions, including what appeared to be scattered small tumors of a type and extensive neural integration she had not previously encountered, either in vivo or the medical literature.

She was not prepared to go beyond initial observation to render a formal interpretation of what she was seeing. She was no specialist, and these readings cried out for one capable of properly analyzing them. That, or a technician to repair and recalibrate the scanners. She opted to seek the latter’s advice first. Bad scans made more sense than neurobiological impossibilities. Take those distinctive tumors, for example. By rights, intrusive growths of such size and in such locations should have resulted in a serious degeneration of cognitive faculties or even death. Yet all correlating scans indicated normal ongoing physiological activity. Of course, she couldn’t be sure the patient was not an idiot until he woke up and started to respond. All she knew was that for a dumb dead man, he appeared to be in excellent shape.

The young man’s situation clearly demanded expert scrutiny. But if she went running for help without first having the hospital apparatus checked out, she would be the one considered the idiot. Certainly a respected neurologist like Sherevoeu would think so.

Making sure to lock in and back up the absurd readings on her pad, she forwarded an application for equipment inspection to Engineering and Maintenance. They would notify her when they had concluded the requested check. Then she headed for the next patient-occupied room on her list. If this man’s vitals, currently stable and steady, showed any indication of changing for the worse, the machines in the chamber would promptly alert the relevant staff.

In the darkened healing chamber behind her, the figures and readouts on the main monitor grew ever more implausible. Measurement of dream activity increased beyond all established limits. But then, the subject was not exactly dreaming. It was understandable that the instrumentation was confused, because no instruments existed that were capable of measuring what was going on in the mind of the tall young man on the gurney. It was not ROM sleep, REM sleep, or anything else a sleep specialist would have recognized.

Under his shirt a unique, warm-blooded, snakelike creature writhed and twitched with the intensity of the shared empathetic contact.

Flinx had company in the quasi-dream. His perception had been impelled outward before, by the ever enigmatic, ever playful Ulru-Ujurrians. They were not in evidence this time, nor could he recognize what was accompanying him. It was a single mind, but one of a vastness beyond anything he could identify. In some ways it was very childlike. In that respect, it was not unlike the mind of an Ulru-Ujurrian. But this was immeasurably more mature than the brilliant but juvenile inhabitants of that strange world. It bespoke an ancient lineage as complex as it was deliberate.