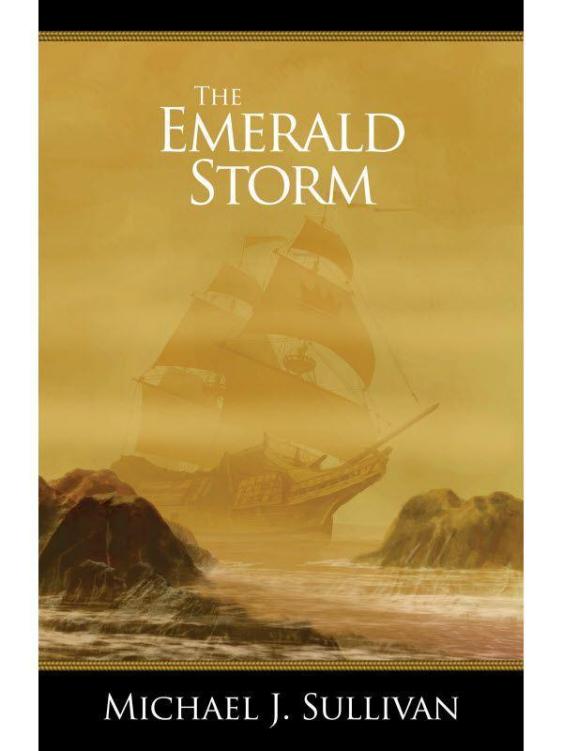 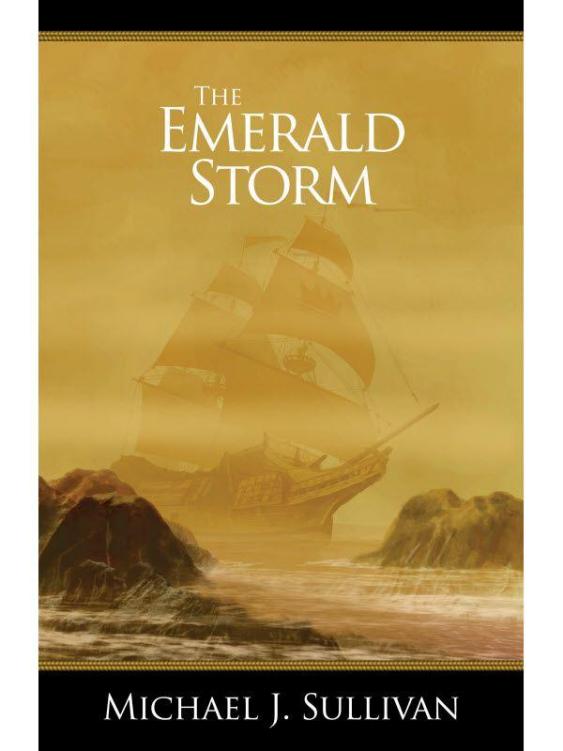 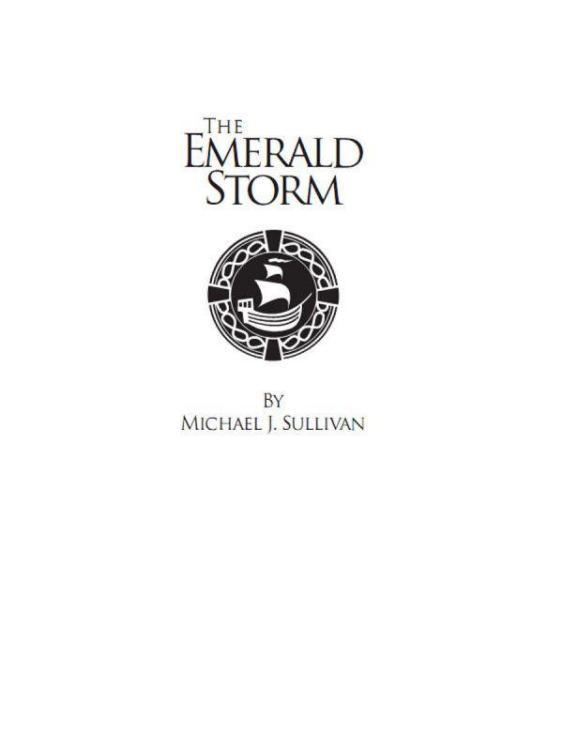 "The Crown Conspiracy is a well-written and enjoyable novel. I was invested in the characters and their travails. Royce and Hadrian's friendship was particularly fun to read…"
— SF Site

"Michael J. Sullivan's Riyria Revelations is really growing on me. For someone who enjoys the complex, highly detailed fantasy of Erikson and Wurts, this is something much simpler, but equally satisfying…Nyphron Rising is a great story — a fun plot with new characters and plenty of action! Sullivan’s writing style is easy to follow and the story is complex enough to be exciting, but not so complex that you have to keep backtracking to remember who’s who and what happened when."
— Fantasy Literature

"The Riyria Revelations is a very welcome change of pace and is worth setting on your bookshelf as something to read when the heavy-hitters (e.g., Wurts, Erikson, and Martin) have left you needing a breather!"
—— Fantasy Literature

"Michael J. Sullivan has written a book I will read over and over again and it most definitely will always reside on my favorite’s shelf."
— ReaderViews Reviews

Ridan and its logo are copyrighted and trademarked by Ridan Publishing. All rights reserved.

This is a work of fiction. Names, characters, places and incidents are products of the author's imagination or are used fictitiously. Any similarity to actual persons, organizations, and/or events is purely coincidental.

To Robin, for giving me a reason to write, wondering where the gold went, making Merrick smarter, and challenging me to make a good book better.

To Peter DeBrule for trying to cheer me up in 1989 with a proposed chain story about two guys that walk into a tavern.

And to the members of the fantasy blogging community for taking a chance on a new author from a small publisher and making me feel like Sally Fields at the Academy Awards. 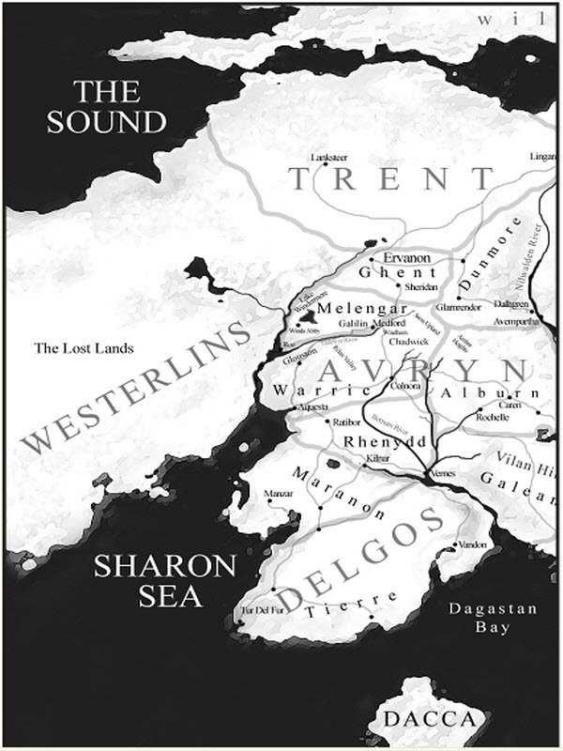 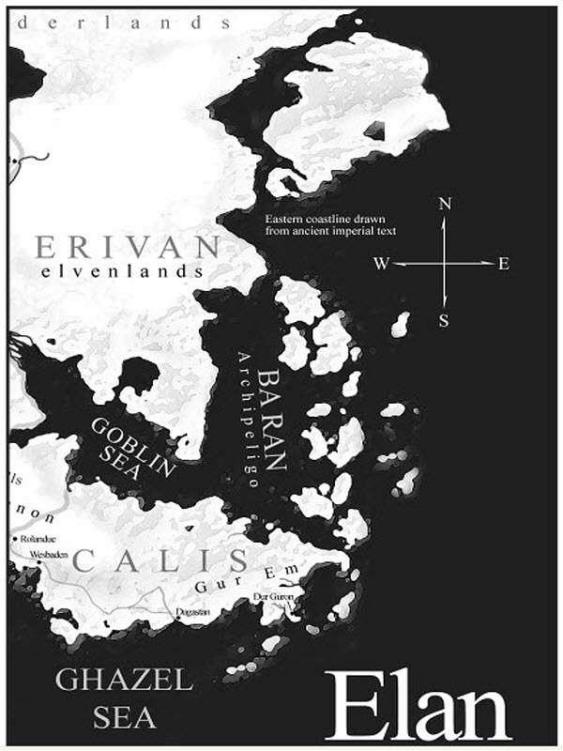 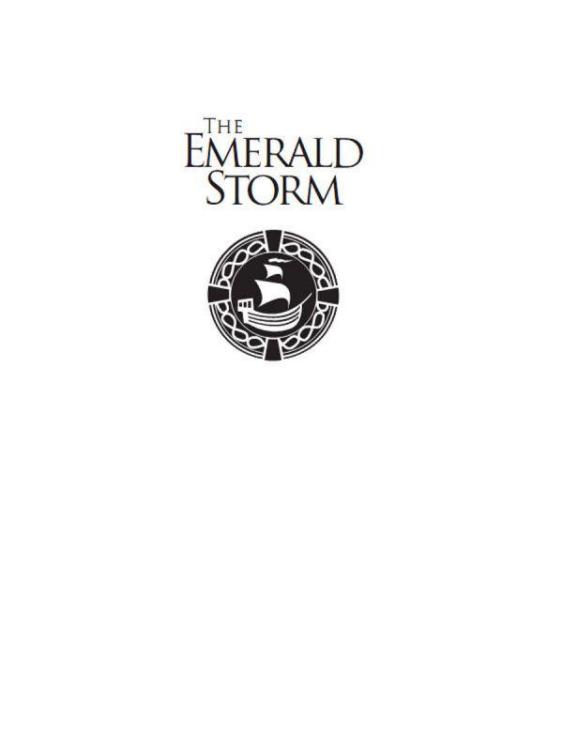 Merrick Marius fitted a bolt into the small crossbow before slipping the weapon beneath the folds of his cloak. Smoke-thin clouds drifted across the sliver of moon leaving him and Central Square, shrouded in darkness. He searched the filthy streets lined with ramshackle buildings looking for movement but found none. At this hour, the city was deserted.

Ratibor may be a pit
, he thought,
but at least it is easy to work in.

Conditions had improved with the recent Nationalists’ victory. The imperial guards were gone, and with them went the regular patrols. The town lacked even an experienced sheriff as the new mayor refused to hire seasoned men or members of the military to administer so-called “law and order.” She opted instead to make do with grocery clerks, shoemakers, and dairy farmers. Merrick found her actions ill-advised but expected such mistakes from an inexperienced noble. Not that he was complaining—he appreciated the help.

Despite this shortcoming, he admired Arista Essendon’s accomplishments. In Melengar, her brother, King Alric, reigned and as an unwed princess she possessed no real power. Then she came here, masterminded a revolt, and the surviving peasants rewarded her with the keys to the city. She was a foreigner and a royal, yet they thanked her for taking rule over them.
Brilliant
. He could not have done better himself.

A slight smile formed at the edge of Merrick’s lips as he watched her from the street below her window. A candle still burned on the second floor of City Hall, even at this late hour. Her figure moved hazily behind the heavy curtains as she left her desk.

It will not be long now,
he thought.

Merrick shifted his grip on the weapon. Only a foot-and-a-half long, with a bow span even shorter, it delivered none of the stopping power of a traditional crossbow. Still, it would be enough. His target wore no armor, and he was not relying on the force of the bolt. Venden pox coated the serrated metal tip. A deplorable poison for assassination; it neither killed quickly nor paralyzed the victim. The concoction would certainly kill, but only after what he considered an unprofessional span of time. He had never used it before and only recently learned of its most important trait—venden pox was invulnerable to magic. Merrick had it on good authority that the most powerful spells and incantations were useless against its venom. Given his target, this would prove essential.

Another figure entered Arista’s room, and she sat abruptly. Merrick imagined she had just received some interesting news, and he was about to cross the street to listen at the window when the tavern door opened behind him. A pair of patrons exited, and by the sway of their steps and the volume of their voices they had obviously drained more than one mug that night.

“Nestor, who’s that leaning against the post?” one said, pointing in Merrick’s direction. A plump man with a strawberry nose whose shape matched its color squinted in the dim light and staggered forward.

“How should I know?” said the other. The thin man’s mustache still glistened with beer foam.

“What’s he doing here at this time ’a night?”

“Again, how should I know, you
wanker
?”

The tall man stepped forward. “Whatcha doin’, mister? Holding up the post so the porch doesn’t fall down?” Nestor snorted a laugh and doubled over with his hands on his knees.

“Actually,” Merrick told them, his tone so serious it was almost grave, “I’m waiting to appoint the position of Town Fool to the person who asks me the stupidest question. Congratulations. You win.”

The thin man slapped his friend on the shoulder. “See, I’ve been telling you all night how funny I am, and you haven’t laughed once. Now I’m getting a new job…probably pays better than yours.”

“Oh, yeah, you’re quite the entertainer,” his friend assured him as they staggered off into the night. “You should audition at the theater. They’re gonna be doing
The Crown Conspiracy
for the mayor. The day I see you on a stage, now
that
will be funny.”

Merrick’s mood turned sour. He had seen that play several years ago, and while the two thieves depicted in it used different names he knew they portrayed the exploits of Royce Melborn and Hadrian Blackwater. Duster, as Royce was known when Merrick and him were assassins for the Diamond, used to be best friends.

The Buffalo Soldier by Chris Bohjalian
Legacy by James A. Michener
Candleburn by Jack Hayes
Coming Around Again by Billy London
The Goats by Brock Cole
A Wolf in the Desert by BJ James
The Magic of Recluce by L. E. Modesitt, Jr.
Protecting Cheyenne (SEAL of Protection Book 5) by Susan Stoker
A Wish Upon Jasmine by Laura Florand
Survivors by Z. A. Recht
Our partner