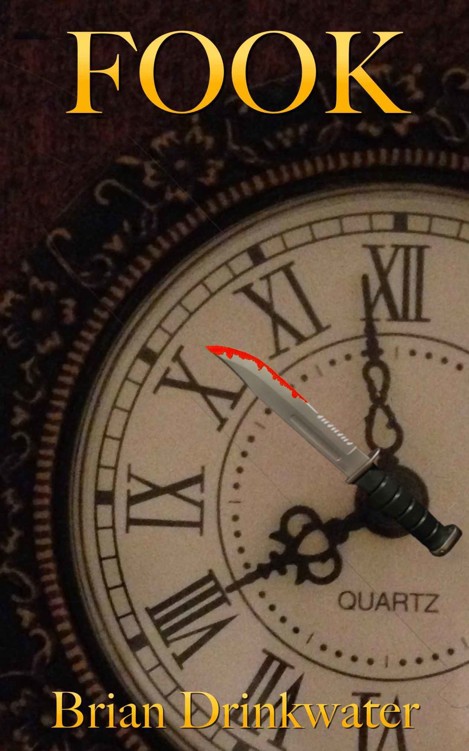 In no way should any portion of this book be
reproduced or transmitted by any means electronic or mechanical,
such as but not limited to, photocopies, scans, photography or
print without the written consent of the author or where permitted
by law.

For more information on this and other titles, please
visit:

A VERY SPECIAL THANK YOU TO…

…everyone in my life who’s shown me nothing but
support while I continue to follow my dreams.

…my devoted wife who has to suffer through my moments
of distraction…even during important conversations, and for
allowing me to bounce ideas off of her, even though it typically
means spoiling the ending.

…everyone who’s edited and proofread this book for
me.

…Darren Hayes, who’s 2007 song, “How to Build a Time
Machine,” triggered the first idea for this story.

…of course all of you who have purchased this book.
Without you I’d simply be writing for my own sanity.

This book is dedicated to my Grandfather. Though you
may no longer be with us, you will never be forgotten.

I love you Papa.

"Within those veins, dark truths do dwell.

Only once before had a pair of eyes been so
beautiful. It had been six years, three months and eleven days
since he remembered first staring into a set of eyes as
breathtaking and mesmerizing as the sleepy pair into which he
currently stared. Now that original pair was probably tightly shut
in the other bedroom, having given up on their husband’s timely
return.

As another flash of lightening illuminated
the powder-blue nursery, followed by yet another newborn startling
boom, Bill rechecked his math as his son began to once again
express his fear of the unknown taking place beyond his bedroom
windows.

As if intrigued by the still new sound of
his father’s voice, little Oliver Nesbit temporarily ceased his
terrified rant to shoot his father a puzzled look.

“You think Daddy’s strange?” Bill questioned
his son with a grin.

“Daddy’s a silly one isn’t he? Well, you
just wait. You’ll see how silly Daddy can be, because Daddy has no
clue what he’s doing. No, he doesn’t.”

Welcomed silence filled the room as the two
just stared at one another, silently agreeing that neither one of
them had any clue about what the future held, but at the same time
seeming to believe that, no matter what, everything was going to be
okay.

Another boom rattled the colorfully
decorated room, replacing silence with the more familiar wails of
the four day old in his arms.

“Yeah, I know. I’ve never been a big fan of
this either,” Bill continued to comfort his son. “I guess Florida’s
the wrong place for us both.”

“So where we going?”

Bill jumped at the sound of his wife’s voice
as he entered the dimly lit bedroom; the only source of
illumination coming from the faint green glow of the indicator
light on the baby monitor beside the bed.

“Huh?” he question, his temporary fear
apparently inhibiting his ability to hear the question.

“Florida’s not the place for you two. So,
where are we moving?”

“I forgot about that thing,” Bill smiled as
he glanced at the monitor.

“What else did you hear?”

“Besides a musical recital of the
alphabet?…followed by a brief, yet informative synopsis of American
history, capped off by our national anthem in what I can only
describe as the worst Eddie Vedder impersonation I’ve ever
heard...I didn’t hear anything.”

“You heard all that?” Bill grinned
sheepishly as he made his way across the room, removing his
t-shirt.

“You think he’ll stay down this time?”

“If I can get even an hour of sleep before
the next round, I can declare victory.”

“No, it’s my night. I’m gonna have to get
used to this, so what good would it do to admit defeat on the very
first night. Besides, I have no intention of showing such chivalry
on your nights, so we don’t need to be setting a precedent
now."

“Fair enough,” Jennifer welcomed her husband
to bed with a kiss as he slowly slid under the covers beside her.
“Maybe I can do something else to make your night a bit more
enjoyable,” she offered, her hand slowly tracing the faint outline
of what used to be a solid six pack, now beginning to show signs of
an eventual keg if diet and exercise continue to be omitted from
their lives.

She hadn’t married him for his looks but she
couldn’t complain. Though it embarrassed him to admit it, Bill had
been a pageant child from the age of three when his mother had
entered him in a local county fair pageant in Ohio. Having easily
taken the title of Little Mister Hamilton County, Bill and his
mother had been invited to take part in the state pageant a month
later in which he’d once again come out on top and claimed the
title of Little Mister Ohio. The only thing that had ended his
domination of cuteness and stopped him from claiming the national
title, was what his mother frequently recalled as “a breathtakingly
impeccable, red headed, blue eyed bundle of sugar that must have
been created by none other than God himself.”

“Jonathan Mitchell Walker was his name,”
Mrs. Nesbit had often recalled whenever the conversation managed to
wander down the path of her son’s breathtaking good looks, which
had been quite often. “It wasn’t fair. That little thing was the
most stunning creature I’ve ever laid eyes on,” she’d continue,
seeming to forget that her son was often in the room during such
conversations.

Bill didn’t mind though. He’d seen photos.
He’d seen the miniature tuxedo that he’d worn when he’d claimed the
state title, then once more when he’d suffered defeat at the hands
of Little Mister Texas. He knew that his mother had been proud of
him, even if he hadn’t brought home the national trophy. Or, maybe
she’d been proud of herself for creating such a breathtaking, human
specimen. Either way, the thought of his mother and her silly, yet
touching admiration for beauty always brought a smile to his face.
She’d have been thrilled to see her new grandson. Though adopted
and of no blood relation to her, Mrs. Nesbit would have surely
thought young Oliver the most beautiful creature to ever grace
God’s earth.

Sensing his distraction as he showed no
response to her hand stealthily slipping inside the waistband of
his pajama pants, Jennifer paused in her seductive massage. “Are
you okay?”

“What?” Bill reemerged from his memories to
the realization of what was taking place just beneath the covers.
“Yeah, yeah I’m fine.”

“What were you thinking about?”

“No, this is good,” Jennifer reversed her
previous decision as she returned her hand to her husband’s chest
and once-again, began to caress her way south. “It’s always good to
learn new things about one another…even when it’s disturbing. If
thinking about your mother is what you need then who am I to
judge,” she continued, trying as hard as she could to hold back the
grin, fighting to break free at the corners of her lips.

With each word Bill grew more at ease.
Jennifer always did have a way of turning an awkward situation into
a laughable moment.

As her fingertips again broke the loose seal
posed by her husband’s plaid pajama pants, she purred, “You know, I
never told you this, but just as I’m about to finish I often think
of my father and the sensual way he used to—”

“—Okay…” Bill quickly interjected, putting
an abrupt end to his wife’s sick sense of humor as he yanked her
hand from his pants, his uncomfortable reaction finally drawing the
laughter that had previously been dying to erupt from her quivering
lips.

Having accomplished her goal, Jennifer
attempted to rebottle the humor as she slid even closer to her
squeamish husband, who’s hand was now firmly planted over his eyes,
a broad, tight lipped smile doing little to contain the
uncomfortable chuckles pouring out of him. A sensual kiss quickly
brought back the moment of passion and Bill’s hand slowly slid
away, returning that original set of breathtaking eyes to his field
of vision.

Another loud boom seemed to throw itself at
the roof as concern replaced love and drew both of their attention
to the monitor. The speaker remained silent, the audible absence
reaffirmed by the lack of flashing lights along the top of the tiny
white receiver.

Both remained silent for a moment, listening
for the faint sounds of a shifting child and the telltale signs of
an impending cry. The monitor echoed their silence.

“That was a close one,” Jennifer whispered
as she continued her lip’s migration to her husband’s neck.

“Me? What happened to getting used to this
and not wanting to set a precedence?”

“You and I both know that women are the more
nurturing of the sexes. I think it would be best if you handled the
nightly duties from now on. You know, so I can get more rest.”

“Oh, you think so, huh? Well, I was trying
to see to it that neither of us got any slee—”

“What was that?” Bill again hit pause on the
adult fun.

“What?” Listening for a moment. “I don’t
hear anything.”

Bill continued to listen intently, sure that
he’d heard something. Again the monitor confirmed silence in
Oliver’s room.

“Listen, I really want you right now, so you
better quit delaying this and take care of business or I might just
have to do it myself.”

She knew how hollow that threat sounded. One
of Bill’s favorite things was to watch as she explored her
femininity, usually bringing herself right to the brink of climax
before he’d jump in and claim responsibility for the eruption of
pleasure exploding within.