Read For the Sake of Their Baby Online

For the Sake of Their Baby 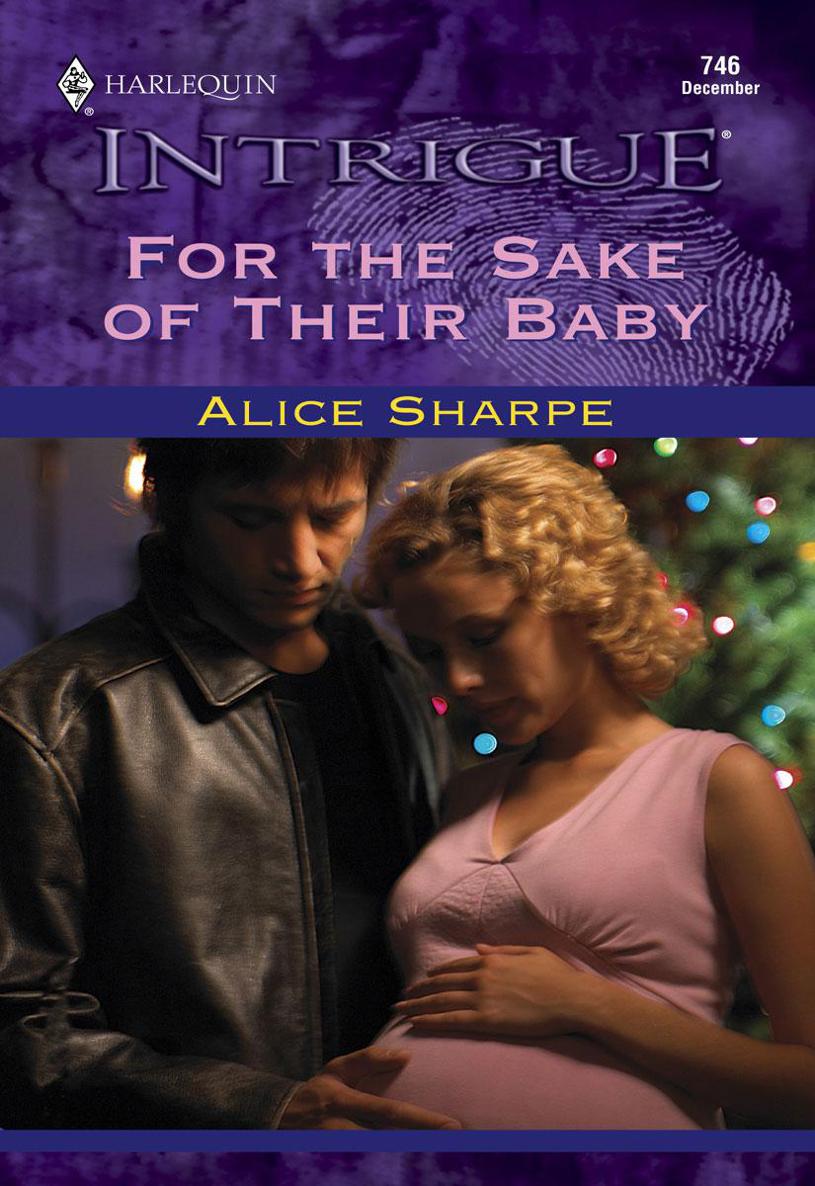 “I knew you’d come for me,” she whispered

“I’ll always come for you.”

Their lips met in a soft kiss that mingled tears and fog and brine. It was a moment Alex wished he could freeze and lock away, because it was pure, untainted by anything but need.

Casting him a look he would never forget, Liz murmured, “You saved me.”

He couldn’t think of an answer, so he kissed her again.

Alex stared at her tearstained face and said, “Are you okay? How about the baby?”

“I feel okay. The fall doesn’t seem to have affected either one of us.”

Knowing the situation could have been much worse, Alex was relieved to hear Liz’s words. His love for her was overwhelming in its intensity.

But the questions remained—who had tried to kill his very pregnant wife and what would happen when the culprit discovered she was still alive…?

The holidays are upon us! We have six dazzling stories of intrigue that will make terrific stocking stuffers—not to mention a well-deserved reward for getting all your shopping done early….

Take a breather from the party planning and unwrap Rita Herron’s latest offering,
A Warrior’s Mission
—the next exciting installment of COLORADO CONFIDENTIAL, featuring a hot-blooded Cheyenne secret agent! Also this month, watch for
The Third Twin
—the conclusion of Dani Sinclair’s HEARTSKEEP trilogy that features an identical triplet heiress marked for murder who seeks refuge in the arms of a rugged lawman.

The joyride continues with
Under Surveillance
by highly acclaimed author Gayle Wilson. This second book in the PHOENIX BROTHERHOOD series has an undercover agent discovering that his simple surveillance job of a beautiful woman-in-jeopardy is filled with complications. Be there from the start when B.J. Daniels launches her brand-new miniseries, CASCADES CONCEALED, about a close-knit northwest community that’s visited by evil. Don’t miss the first unforgettable title,
Mountain Sheriff.

As a special gift-wrapped treat, three terrific stories in one volume. Look for
Boys in Blue
by reader favorites Rebecca York, Ann Voss Peterson and Patricia Rosemoor about three long-lost New Orleans cop brothers who unite to reel in a killer. And rounding off a month of nonstop thrills and chills, a pregnant woman and her wrongly incarcerated husband must set aside their stormy past to bring the real culprit to justice in
For the Sake of Their Baby
by Alice Sharpe.

Best wishes to all of our loyal readers for a joyous holiday season!

F
OR THE
S
AKE OF
T
HEIR
B
ABY

Alice Sharpe met her husband-to-be on a cold, foggy beach in Northern California. One year later they were married. Their union has survived the rearing of two children, a handful of earthquakes registering over 6.5, numerous cats and a few special dogs, the latest of which is a yellow Lab named Annie Rose. Alice and her husband now live in a small rural town in Oregon, where she devotes the majority of her time to pursuing her second love, writing.

Alice loves to hear from readers. You can write her at P.O. Box 755, Brownsville, OR 97327. SASE for reply is appreciated. 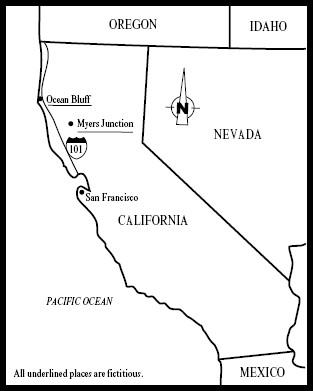 Liz Chase
—The heiress and businesswoman resigns herself to a divorce in order to move into the future and find peace before her baby is born. Then her imprisoned husband walks back into her life….

Alex Chase
—The former fireman and confessed killer of Liz’s uncle has limited time—before his new trial—to discover the truth, protect his wife and reclaim his freedom.

Devon Hiller
—The wealthy, manipulative autocrat had so many enemies it’s a toss-up who wanted him dead the most.

Sheriff Roger Kapp
—His hatred of Alex Chase leads to a slipshod investigation and a hung jury, but he won’t rest until he gets Alex behind bars for good.

Ron Boxer
—The leasing agent at the Harbor Lights Mall, he’s the big brother Liz never had, as well as a trusted friend and confidant.

Emily Watts
—Ron’s prickly sister and Liz’s friend, she has secrets of her own.

Harry Idle
—The former shopkeeper blames the late Devon Hiller for all his problems.

Dave Sullivan
—The one man at the fire station who never loses faith in Alex.

Sinbad
—The ever hungry, ever loyal Siamese cat is yet another victim.

This book is dedicated to my newest darling,
Carmen Amelia Sharpe,
with enduring love.

A huge thanks to Tom Hanky and Station 14
of the Albany Fire Department for their generosity
in helping me with this book. Thanks also to
Donna Beamer of the Heritage Mall, and
Jennifer Jones for her spiffy ideas and
incalculable support.

Devon Hiller lit a hand-rolled Cuban cigar and leaned back in his chair. Under strict doctor’s orders not to smoke, drink or become unduly stressed, he amused himself by blithely indulging in all three. Hell, he wasn’t dead yet.

It was good to have the house to himself again. A cleaning crew would come in the morning and pick up after the party, but for now he was just glad to be rid of that crowd of brown-nosers. And that included his niece, Elizabeth, though he had to admit issuing ultimatums to her had been the high point of his evening. Never mind her husband, a ticking bomb if there ever was one. What could
he
do about anything? Nothing, that’s what!

As Devon took a generous sip of cognac, he thought he heard a noise in the foyer and straightened in his chair. Parking the cigar in a heavy crystal ashtray, he peered into the gloom as the door to his study silently drifted open.

A figure moved in the shadows.

“That you, Elizabeth?” he chuckled as he set aside
the snifter. “Back again, are you? Changed your mind? Good, good. I knew you’d see it my way.”

The figure stepped into the light. Not Elizabeth.

“How did
you
get in here?” Devon demanded. The look on the intruder’s face caused an alarm to go off in Devon’s brandy soaked brain. His gun was in the wall safe. Palming the antique letter opener he always kept on his desk, he slowly got to his feet.

“I thought I made it clear I wasn’t going to do business with you,” he growled as he rounded his desk. A show of strength, that’s what was called for. Just as he decided to throw in a few words of warning, he finally noticed a long green cord stretched between the two gloved hands.

The intruder’s lips curled into a smile that sent Devon stumbling back, groping for the phone. His attacker moved swiftly, pulling Devon away from the desk, slamming him onto the Persian carpet. The impact caused the letter opener to tumble free.

Still Devon struggled, gratified as he felt his fingers wrap around the green fiber, then gasping as a sharp pain drove all other thoughts from his brain. He was conscious just long enough to glimpse the hilt of the letter opener erupting from his chest.

He died knowing that, in the strictest sense, his bad habits had finally caught up with him.

The jarring ring of the doorbell startled Liz Chase awake. She sat very still for a moment, trying to remember what she’d been dreaming, but the images dissolved without ever taking form.

The bell rang again. Setting aside the paperback novel that had lulled her to sleep in the first place, she heaved her very pregnant body from an aging rocker and mumbled, “I’m coming.” Curled up by the cold fireplace, Sinbad, her Siamese cat, opened one blue eye and yowled.

Through the parted drapes she saw a light-colored truck pull away from the house and a jolt of uneasiness rocked her. It had to be close to ten o’clock. Who would plan an unannounced visit at this hour? Who would apparently send his or her ride away before making sure Liz was home?

Wishing she’d gotten around to installing a chain on the door, she cautiously pulled it open as she switched on the outside light.

For a moment, she couldn’t believe her eyes. Was this one of those dreams within a dream where you thought
you were awake but you weren’t? She whispered, “Alex?”

He blinked at the sudden influx of light just as she shivered from the gust of cold wind that blew a handful of fallen leaves around her feet. He was dressed in jeans and a heavy jacket and looked far better than he had a right to look.

“Liz,” he said at last, running a hand through his thick, dark hair. “My God, if you aren’t a sight for sore eyes.”

She managed to mumble, “I thought…how…”

“In a minute, sweetheart. Just give me a minute.”

Heart racing, she glanced over his shoulder. Across the narrow country road, she caught a glimpse of her only neighbor’s lights. She searched her own heavily shadowed yard for—

For what? Sheriff Kapp and a posse of deputies?

She found nothing but the forbidding shapes of denuded fruit trees twisting in the wind, dancing to the mournful sound of ocean breakers hitting the base of the cliff below.

Alex cleared his throat. “May I come in?”

A death grip on the door kept her on her feet while she considered his question. Her instinct was to say no.

“Dave Sullivan gave me a ride,” he explained as though giving her time to gather her wits. “I didn’t want you running around at night,” he continued. “Not with the baby coming.”

Caught in Darkness by Rose Wulf
Nauti Temptress by Lora Leigh
The Wedding Favor by Unknown
High Maintenance by Lia Fairchild
Alone With You by Shannon Stacey
Switch by John Lutz
Make a Right by Willa Okati
Corpse Whisperer by Chris Redding
Love Comes Calling by Siri Mitchell
One Potion in the Grave: A Magic Potion Mystery by Heather Blake
Our partner