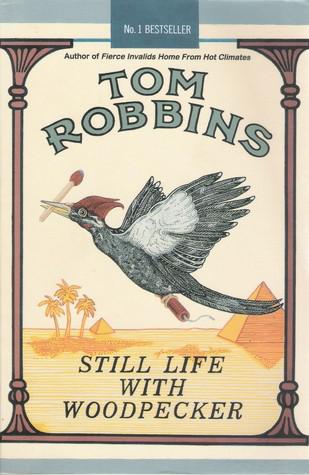 The original 12 Most Famous Redheads list appeared in
The People’s Almanac® Presents the Book of Lists
by David Wallechinsky and Irving Wallace. I have tampered with it.

To the memory of
Keith Wyman and Betty Bowen:
if there is a place where people
go after death, its proprietors have
got their hands full with those two.

To everybody whose letters
I haven’t answered.
and to G. R., special delivery.

You don’t need to leave your room.
Remain sitting at your table and listen.
Don’t even listen, simply wait.
Don’t even wait.
Be quite still and solitary.
The world will freely offer itself to you.
To be unmasked, it has no choice.
It will roll in ecstasy at your feet.

IF THIS TYPEWRITER CAN’T DO IT,
then fuck it, it can’t be done.

This is the all-new Remington SL3, the machine that answers the question, “Which is harder, trying to read
The Brothers Karamazov
while listening to Stevie Wonder records or hunting for Easter eggs on a typewriter keyboard?” This is the cherry on top of the cowgirl. The burger served by the genius waitress. The Empress card.

I sense that the novel of my dreams is in the Remington SL3—although it writes much faster than I can spell. And no matter that my typing finger was pinched last week by a giant land crab. This baby speaks electric Shakespeare at the slightest provocation and will rap out a page and a half if you just look at it hard.

“What are you looking for in a typewriter?” the salesman asked.

“Something more than words,” I replied. “Crystals. I want to send my readers armloads of crystals, some of which are the colors of orchids and peonies, some of which pick up radio signals from a secret city that is half Paris and half Coney Island.”

He recommended the Remington SL3.

My old typewriter was named Olivetti. I know an extraordinary juggler named Olivetti. No relation. There is, however, a similarity between juggling and composing on the typewriter. The trick is, when you spill something, make it look like part of the act.

I have in my cupboard, under lock and key, the last bottle of Anaïs Nin (green label) to be smuggled out of Punta del Visionario before the revolution. Tonight, I’ll pull the cork. I’ll inject ten cc. into a ripe lime, the way the natives do. I’ll suck. And begin …

If this typewriter can’t do it, I’ll swear it can’t be done.

IN THE LAST QUARTER
of the twentieth century, at a time when Western civilization was declining too rapidly for comfort and yet too slowly to be very exciting, much of the world sat on the edge of an increasingly expensive theater seat, waiting—with various combinations of dread, hope, and ennui—for something momentous to occur.

Something momentous was bound to happen soon. The entire collective unconscious could not be wrong about that. But what would it be? And would it be apocalyptic or rejuvenating? A cure for cancer or a nuclear bang? A change in the weather or a change in the sea? Earthquakes in California, killer bees in London, Arabs in the stock exchange, life in the laboratory, or a UFO on the White House lawn? Would Mona Lisa sprout a mustache? Would the dollar fail?

Christian aficionados of the Second Coming scenario were convinced that after a suspenseful interval of two thousand years, the other shoe was about to drop.

And five of the era’s best-known psychics, meeting at the Chelsea Hotel, predicted that Atlantis would soon reemerge from the depths.

To this last, Princess Leigh-Cheri responded, “There are two lost continents…. Hawaii was one, called Mu, the mother, its tips still projecting in our senses—the land of slap dance, fishing music, flowers and happiness. There are three lost continents…. We are one: the lovers.”

In whatever esteem one might hold Princess Leigh-Cheri’s thoughts concerning matters geographic, one must agree that the last quarter of the twentieth century was a severe period for lovers. It was a time when women openly resented men, a time when men felt betrayed by women, a time when romantic relationships took on the character of ice in spring, stranding many little children on jagged and inhospitable floes.

Nobody quite knew what to make of the moon any more.

CONSIDER A CERTAIN NIGHT
in August. Princess Leigh-Cheri was gazing out of her attic window. The moon was full. The moon was so bloated it was about to tip over. Imagine awakening to find the moon flat on its face on the bathroom floor, like the late Elvis Presley, poisoned by banana splits. It was a moon that could stir wild passions in a moo cow. A moon that could bring out the devil in a bunny rabbit. A moon that could turn lug nuts into moonstones, turn Little Red Riding Hood into the big bad wolf. For more than an hour, Leigh-Cheri stared into the mandala of the sky. “Does the moon have a purpose?” she inquired of Prince Charming.

Prince Charming pretended that she had asked a silly question. Perhaps she had. The same query put to the Remington SL3 elicited this response: Albert Camus wrote that the only serious question is whether to kill yourself or not.

Tom Robbins wrote that the only serious question is whether time has a beginning and an end.

Camus clearly got up on the wrong side of bed, and Robbins must have forgotten to set the alarm.

There
is
only one serious question. And that is:
Who knows how to make love stay?

Answer me that and I will tell you whether or not to kill yourself.

Answer me that and I will ease your mind about the beginning and the end of time.

Answer me that and I will reveal to you the purpose of the moon.

HISTORICALLY,
members of Leigh-Cheri’s class have not much fallen in love. They mated for power and wealth, for tradition and heirs, and left “true love” to the masses. The masses had nothing to lose. But this was the last quarter of the twentieth century, and with the exception of a few savage buffoons in Africa, the royalty of the world had long since resigned itself to the fact of its mortal, if not quite democratic, dimensions. Leigh-Cheri’s family was a case in point.

Since his exile, more than thirty years before, the King had made gambling a career. Poker was his work. Recently, however, he had had a taste of open-heart surgery. A major valve had been removed and replaced with a Teflon substitute. The artificial valve functioned efficiently, but it made a metallic noise as it opened and shut. When he was excited, everyone in the room knew it. Due to the audible sound of his heart, he was no longer able to practice poker, a game with necessary concealments and bluffs. “Jesus,” he said. “When I draw a good hand, I sound like a Tupperware party.” He spent his hours watching sports on television, pining for the good old days when he could have ordered referees and umpires to the garrote.

His wife, the Queen, once the beauty of seven capitals, was understimulated and overweight. She had attended, in America, so many second-rate society teas, charity fashion shows, and gala this and gala thats, that she’d begun to exude a kind of pâté de fois gras gas, and the expulsion of this effluvium propelled her from party to ball as if she were a sausage skin inflated by Wagner. With no lady to attend her, she required two hours to dress, and since she changed clothes thrice daily, the draping, bejeweling, and painting of her bulk amounted to a full-time job. The Queen had long ago abandoned her husband to the tube and her daughter to the attic. Her sons (she could scarcely recall their number) were scattered about Europe, entangled in endless financial adventures of a primarily shady nature, and were lost to her. She had one intimate: a Chihuahua that she clutched to her bosom.

If asked what he expected from the last quarter of the twentieth century, the King would have replied, “Now that it is no longer reasonable to hope for the restoration of the monarchy, my fondest wishes are that the Seattle Mariners win the pennant, the Seattle Sonics make the NBA playoffs, the Seattle Seahawks go to the Super Bowl, and that the play-by-play announcers be replaced by Sir Kenneth Clark.”

The same question directed to the Queen would have educed this reaction: “Oh-Oh, spaghetti-o.” (Her favorite Americanism.) “Vat can you expect of crazy peoples? I’m happy only zat mein vadder and mama mia are in zee Heaven and not hafing to suffer from no stinking modern times.
Sacre bleu!
I do my duty to zee crown and das ees zat.” The Queen had learned English in seven capitals.

Each night on a worn but opulent Kashan rug, beside a canopied barge of a bed, Queen Tilli lowered herself onto knees that resembled great wads of bubble gum, and prayed for the deliverance of the crown, the health of her Chihuahua, the state of grand opera, and not much else. Each night, King Max would steal into the kitchen to eat by the spoonful the salt and sugar that the doctors had eliminated from his meals.

“It’s something other than five centuries of inbreeding that’s queering this royal family,” thought Princess Leigh-Cheri, whom gossip columnists recently had characterized as “a retired cheerleader, a moonstruck social activist, a tragic beauty who has sequestered herself in an attic.”

“This family has got the Last-Quarter-of-the-Twentieth-Century Blues.”

PALACE-IN-EXILE
for the Furstenberg-Barcalonas, which was quite their name, was a voluminous three-story yellow frame house on the shore of Puget Sound. The house was built in 1911 for a Seattle lumber baron, who, in reaction against the turrets, cupolas, and dormers that embellished the Frontier Gothic mansions of his peers, ordered “an American house, a house without frills,” and got just that. It was a barn, a box with a peaked roof. It sat among ten acres of blackberry brambles, like an abandoned radio, broadcasting creaks and whispers to the rain. The house was given to Max and Tilli by the CIA.

The Furstenberg-Barcalona homeland was now ruled by a right-wing military junta, supported by the United States government and, of course, the Roman Catholic Church. While the U.S. publicly regretted that the junta permitted so few civil liberties, it was loath to interefere in the internal affairs of a sovereign nation, particularly a nation that could be relied upon as an ally against those left-leaning nations in whose internal affairs the U.S. did regularly interfere. It irritated the U.S. that royalists still loyal to Max and Tilli might disturb political stability in that part of the world. The U.S. paid King Max a modest stipend to keep a low profile and not fan any flames. Each year at Christmas, the Pope sent Queen Tilli a crucifix, candlestick, or some other knickknack that he had personally blessed.

The Wishing-Chair Again by Enid Blyton
Reeva: A Mother's Story by June Steenkamp
Nanny 911 by Julie Miller
In Jack's Arms (Fighting Connollys) by Rivera, Roxie
Betrothed by Myles, Jill
Maid for the Rock Star by Demelza Carlton
Checkmate, My Lord by Devlyn, Tracey
One Night With the Billionaire: Book Three by Cassie Cross
The Enforcer by Worrell, Nikki
Reese by Lori Handeland
Our partner