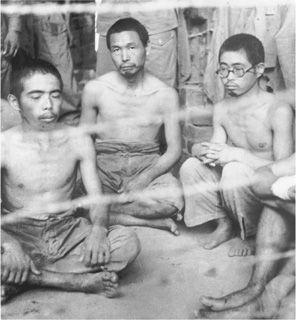 BY THE SAME AUTHORS

Forgotten Armies: Britain’s Asian empire and the war with Japan

The End of Britain’s Asian Empire

The moral right of the authors has been asserted

All rights reserved.
Without limiting the rights under copyright
reserved above, no part of this publication may be
reproduced, stored in or introduced into a retrieval system,
or transmitted, in any form or by any means (electronic, mechanical,
photocopying, recording or otherwise) without the prior
written permission of both the copyright owner and
the above publisher of this book

The fall of Syonan

Bengal on the brink

A world upside down

‘Malaya for the Malays, not the Malayans’

Britain and the birth of Indonesia

Freedom or death in Surabaya

The passing of the Malayan Spring

The burial of the dead

Business as usual in Malaya

The last days of the Raj

The crescent fragments: orphans of empire

The strange disappearance of Mr Wright

‘Beware, the danger from the mountain’

The genesis of communist rebellion

A summer of anarchy

The road to Batang Kali

Britain, India and the coming of the Cold War

The battle for the
ulu

4. Mountbatten announces the surrender of the Japanese in Singapore, September, 1945 (Corbis)

7. Leclerc and Gracey with Japanese sword of surrender, Saigon, 1945 (Corbis)

17. India’s interim government at their swearing in, Delhi 1946 (Corbis)

20. The Mountbattens in Delhi, eve of independence, August 1947 (Getty)

Abdul Razak bin Hussein
(b. 1922). Malay politician. Served in the war as a district officer; studied law in London, where he became a close associate and political ally of Tunku Abdul Rahman. Succeeded him to become second prime minister of Malaysia, 1970–76.

Bose, Subhas Chandra
(b. 1897). Bengali politician and radical leader within Forward Bloc of Congress. Arrested by British 1940, fled to Berlin 1941. Took over leadership of Indian National Army and Free India government 1943. Retreated from Imphal with Japanese in 1944. Presumed dead in plane crash, August 1945.

Chiang Kai Shek
(b. 1887). Chinese nationalist leader and ‘generalissimo’ of Chinese armies fighting Japan since 1936; drawn into fighting in Burma during 1942 to keep the ‘Burma Road’ open. Pressed for Allied campaign against Burma, 1943–4. Fought and lost civil war with Mao Zedong, 1946–9.

Everything Is Wrong with Me by Jason Mulgrew
Contradictions by Tiffany King
For the Time Being by Dirk Bogarde
Down on Love by Jayne Denker
Rise: Contemporary Romance (Creamy's Bakery Book 2) by Aspen Drake
The Body In The Big Apple by Katherine Hall Page
Scandal of the Year by Olivia Drake
I'm Sorry if I'm Not Pretty Enough for You by Beth Connolly
Fangboy by Jeff Strand
A Duchess Enraged by Alicia Quigley
Our partner