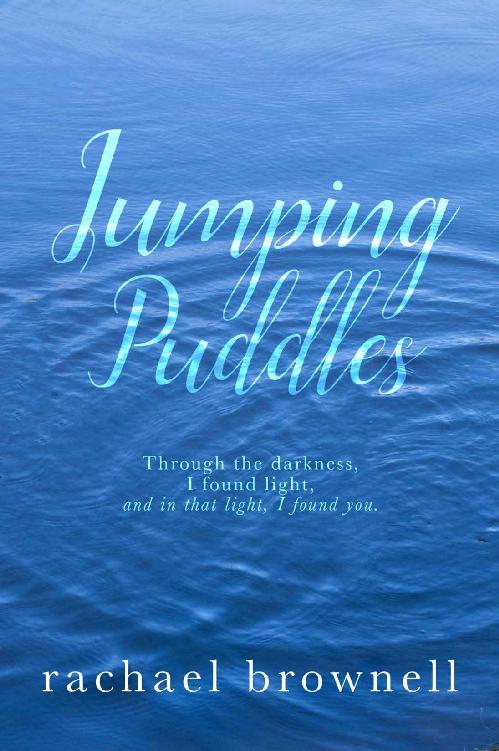 No part of this book may be reproduced or transmitted in any form or by any means, electronic or mechanical, including photocopying, recording, or by any information storage or retrieval system without the written permission of the author, except for the use of brief quotations in a book review.

I fell for the love of my life over twenty-five years ago. We’ve had our ups and down, trials and tribulations. We spent years together and then years apart, but never once did my love for him waver, nor his for me. I wouldn’t trade a single day I spent with him for anything else in the world. Now that he’s gone, I find myself reflecting back on our story fondly. Some moments make me smile while others make me bawl like a baby.

You see, I always hoped for the perfect love story. I thought I deserved it because of everything that had happened in my life before I met him. The world owed me. At the time, it never crossed my mind he would be my reward. At least, not at first. In fact, it wasn’t until after I lost him the first time I realized how badly I had screwed up my own love story.

Some things can’t be fixed with a simple apology, though. Our love was one of those things. We had to work for it. We had to sacrifice for each other. Adjustments needed to be made. Dreams were shattered and then rebuilt. The result, our own perfect love story.

It’s not your average “boy meets girl and they live happily ever after.” It’s real. It took more work than I could have ever imagined. What I thought would be months turned into years. Then those years turned into a decade.

For every storm that passed, we found ourselves searching for rainbows and jumping in puddles. Every choice we made created ripples in time. Those ripples are what determined the path to our future, to our happily ever after, and that path was rocky.

EVERYONE’S LIFE IS FULL
of obstacles and issues. I’ve always tried to see the brighter side of things, but lately, it’s been a challenge. Instead of being able to see the rainbows after the storm, I can’t seem to look past the storm itself.

When I was six years old, there was a storm. It swept through quickly, leaving the Earth saturated. My mother took me outside, and I spent the next few hours jumping in the puddles of water left behind. When I stepped in the puddles, small waves caused the surface to distort. Every time I stomped my foot, water would splash up, getting the hem of my dress wet and disturbing the surface of the puddle.

Sometimes it feels like my life has been a series of puddles I’ve been pushed in, causing the entire surface to be disturbed. The biggest puddle, the reason I jump over them and not in them anymore, was the day my parents died. That day changed the rest of my life, and nothing's felt right since then.

As the car pulls to a stop, I stare at the house and take stock of where I’m about to land. Nice yard. Large front porch. An adorable, middle-aged couple waiting for me. They look… normal. Looks can be deceiving, though. The people I just left looked normal until the door closed behind me. That’s when their true colors started to shine.

It didn’t take long to understand why they were interested in an older foster kid. I was a slave. If I wasn’t cleaning their house or washing their clothes, I was forced to watch the other kids so they could have a break. There were nights when they came home well after we were all in bed and days when they still weren’t there to make breakfast. That became my job.

Three weeks, that’s all I lasted. The moment he backhanded me for forgetting to close the bread bag properly was the moment I decided it was over. I was done. I’d never been one to run from my problems, but those bastards changed that. Instead of walking to school like I was supposed to, I ran as fast as possible, straight downtown to the DFS office.

To say they were surprised to see me is an understatement. My case worker even did a double take when I walked in her office.

“Charlotte. What are you doing here?” she asked, a look of surprise on her face.

“I know it’s hard. It’s an adjustment, and it’s only temporary. I need you to try, though. It’s only been a few weeks. You didn’t even give them a chance.” Walking around her desk, Beth took the seat across from me, placing her hand on my knee.

“You’re right. I should give them a chance,” I replied, my voice heavy with sarcasm. “In fact, I better get back before they notice I’m gone. If I don’t, the toilet may never get cleaned.”

Standing, ready to leave, I felt Beth’s hand on my arm. I pulled away, not wanting her pity. I knew the reality of my situation: two more years before I’m out of the system—two very long years before I’m free and able to stand on my own two feet.

“We’ll find you somewhere else, Charlotte. I promise.” Her voice was soft, caring.

I’d only known Beth for a few weeks, but she’d been honest with me since the moment we met. I trusted her. Trust was something that was normally earned with me, but I’d given it to Beth freely. I wanted to trust her.

Shaking my head to clear my thoughts, I focus on today. The woman waves from the porch, and I find myself raising my hand to return the gesture. I catch my hand before it rises above the window, stopping myself. Her smile becomes tentative as she turns to the man standing beside her. He meets her gaze, and her demeanor changes after a few beats. She relaxes, her shoulders sagging forward, as she reaches for his hand.

I reach for the handle, pull it toward me, and push the door open. As I place my foot on the concrete of the driveway, I take a deep breath and say a silent prayer. I pray this place will be different than the last, better. I pray for a normal life. I pray I will be safe here. Finally, I pray my parents will watch over and protect me.

The bottom step creaks as I place the majority of my weight on it. I focus my attention on the step, where my foot has landed. They are in pristine condition. There is no reason it should shift under the weight of my one hundred ten pound frame. Was the noise a figment of my imagination, or did it really happen?

My attention is drawn to the woman standing on the porch as she sweetly says my name. Her arms are wrapped tightly around her middle as if she’s giving herself a hug. There’s a nip in the air today. She’s wearing a jacket, but it doesn’t seem to be enough to keep her warm. I watch as her husband wraps his arm around her shoulders and pulls her in close.

“Why don’t we all go inside and get to know each other a little better,” Beth suggests from behind me. I had almost forgotten she was here.

I feel her push against the small of my back, encouraging me to move up the steps and toward the front door. I look down at my legs and will them to move. They cooperate after a few seconds, and before I realize it, I’m walking through the open door and into a nicely decorated living room. I turn and look behind me to see the man closing the door, my heart skipping a beat.

“Would either of you like something to drink? I just made iced tea.”

“No thank you, Alice. Why don’t we all sit down and talk for a few minutes, get to know each other a little better? Charlotte, does that sound good to you?” Beth turns to me and waits patiently for my answer.

My bag is in Beth’s car. I can still change my mind. I don’t have to stay here.

Alice’s smile turns hesitant, unsure of how I’m going to answer Beth. I should give these people a chance. Not everyone is going to be like Charles and Sue. They weren’t nervous when I met them. They were chipper and excited to add me to their growing “clan” of foster kids. Alice is the opposite of excited. She couldn’t be more nervous if she tried.

Me? I’m not nervous. It’s my choice. I’m not sure how Beth pulled it off, but I’ve been staying with her the last few weeks. If I say no today, that I don’t want to stay here, I get to go back to Beth’s. At least, I think I do. I’m sure it won’t be a forever thing. I’ll eventually have to land somewhere, and it can’t be Beth’s. She’s not a foster parent, even though she would be great at it.

Beth clears her throat, knowing I need another push.

“Sure,” I reply, forcing a smile. Alice visibly relaxes after hearing my answer.

I take a seat on the couch closest to me and Beth joins me. Alice and her husband sit across from us on the other couch and I watch as he once again takes her hand in his, calming her.

“So, Charlotte, Beth has told us a lot about you. Has she told you anything about us?” His voice is calm and collected as if he’s been rehearsing that one sentence all afternoon.

“Alice stays at home, and you are a pediatrician. You’ve tried to have a baby for a while, and since it hasn’t happened, you decided to foster.” I’m not sure why they aren’t adopting, but I’ll save those questions for a different day if that day comes. That information isn’t important right now.

Duskfall by Christopher B. Husberg
Never Say Never, Part Two (Second Chance Romance, Book 2) by Shaw, Melissa
Only the Worthy by Morgan Rice
El salón de ámbar by Matilde Asensi
Weir Codex 1: The Cestus Concern by Mat Nastos
The Lord of Opium by Nancy Farmer
Lab 6 by Peter Lerangis
Nova by Samuel Delany
Fall For Me by Melanie Marks
Claimed by the Secret Agent by Lyn Stone
Our partner