Read From Here to Eternity Online

From Here to Eternity 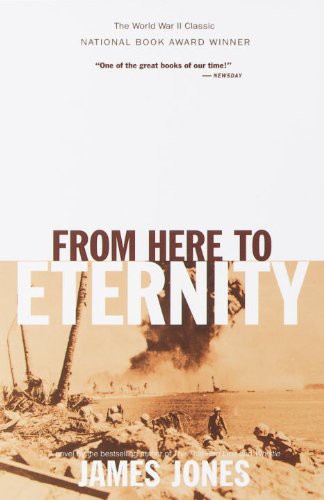 From here to eternity James Jones

To the United Staed Army

Gentlemen-rankers out on a spree, Damned from here to Eternity, God ha' mercy on such as we, Bat Yah! Bah!

From Gentlemen-Rankers, in Barrack-room Ballads, by Rudyard Kipling

"I have eaten your bread and salt. I have drunk your water and wine. The deaths ye died I have watched beside, And the lives ye led were mine."

"The Sphinx must solve her own riddle. If the whole of history is in one man, it is all to be explained from individual experience."

No Remorse by Walkley, Ian
Wagon Trail by Bonnie Bryant
Afterglow (Wildefire) by Knight, Karsten
A Touch of Infinity by Howard Fast
Dreams of a Hero by Charlie Cochrane
The Skull Mantra by Eliot Pattison
Rodeo Sweetheart by Betsy St. Amant
Abide: An Awakened Fate Novella by Skye Malone
Man Tiger by Eka Kurniawan
Semblance by Logan Patricks
Our partner