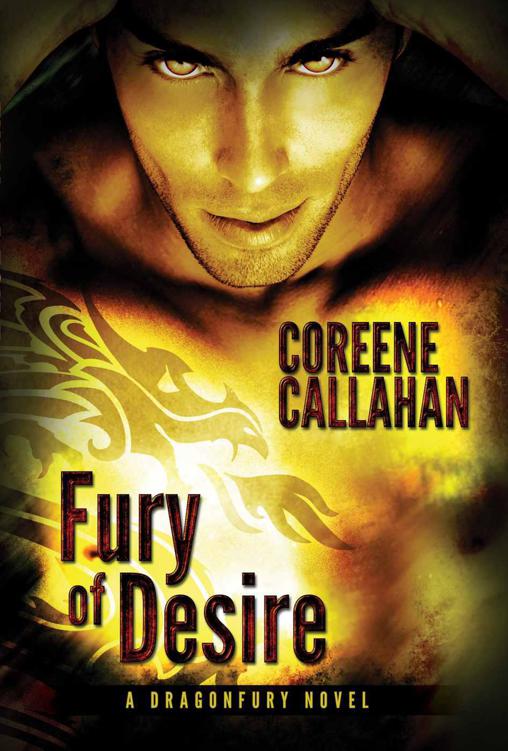 For my readers—those of you who have waited so patiently for Wick’s story. It’s here, at long last.

The lair was quiet… for a fucking change.

Combat boots planted shoulder-width apart, loaded down with an armful of architectural plans, Wick paused beneath the timber-beamed archway separating kitchen from dining room. Senses sharp, he listened, hunting for the smallest sound. No laughter. No rumble of male voices or the zing of good-natured insults. He glanced left along the short corridor that skirted the foundation of a stone fireplace and led into the family room beyond. The large plasma screen was dark. No click of billiard balls either. Barely any sound at all, only the soft crackle of flames in the double-faced hearth, along with the smell of wood smoke.

Excellent. It was official.

Silence had descended, bringing with it the soothing rush of knowing he had nothing but alone time ahead of him. For the next few hours, anyway: that lovely stretch of quiet as late morning lengthened into early afternoon.

After that, all hell would break loose. But until his brothers-in-arms rolled out of bed and got up for the day, he had Black Diamond—the home he shared with the other
dragon-warriors—all to himself. Thank God. He needed the peace and quiet. Maybe even a little R & R to survive the radical changes to the Nightfury pack over the last couple of months. The lair used to be a sane place, a sanctuary after a night spent fighting the Razorback assholes he called enemies.

Too bad all good things came to an end.

Case in point? The female invasion.

Jesus fucking Christ, it was insanity squared. Who knew three human women could cause so much upheaval? Or screw with a male’s head so easily? Not him. Then again, what the hell did he know? Wick avoided females whenever possible. He never knew what to say or how to act around them. And after watching the carnival ride called CRAZY his fellow warriors had been on for the last few months, he knew his strategy was straight-up brilliant.

Avoiding females—especially high-energy ones—was the better bet. A necessary measure, self-preservation on a wide scale… whatever, ’cause yeah. No way would he end up like his brothers: twisted in knots and downgraded to pathetic while their females rode shotgun.

The soles of his boots thudding on wooden floorboards, Wick crossed to the table dominating the center of the room. High polish made the mahogany gleam beneath the crystal-laden chandelier above its long length. It was a nice piece, eighteenth-century French, pilfered from a swanky palace in Paris. How it had ended up half a world away, a mere twenty minutes from downtown Seattle, was no mystery.

Daimler. The Numbai—and the Nightfuries’ go-to guy—had good taste and exercised it on a regular basis.

Which was perfect. A real seal-the-deal kind of thing.

Without Daimler’s help, Wick would never have acquired his art collection, never mind gotten his hands on the Gauguin landscape hanging over the mantelpiece. The ever-present heaviness inside him lightened as he studied the painting. Colors swirled. Precise lines intersected. Bold brush strokes and balance reigned, completing the whole—artistry steeped in history, soothing in its entirety.

Storytelling at its best, told by the hand of a master.

Dumping the thick rolls on the tabletop, Wick dragged his gaze away. Later. He’d have time to lock his bedroom door and indulge in his passion, but…
later.
Right now required action, not losing himself in a dreamscape.

With a flick, he flipped the elastic band off the first roll and spread the blueprint across the expanse of polished wood. He frowned. Wrong one. He needed the building layout first, not electrical and plumbing schematics. Grabbing the next plan, he repeated the process, opening each roll until the table disappeared beneath heavy paper and…

Hell. Wouldn’t you know? The last roll contained the information he wanted, the updated version of the architect’s floor plan. Not that he needed all the information to break into the human facility—Swedish Medical was a hospital like any other—but thoroughness equaled preparedness, and no matter what the rest of the warriors thought, Wick always arrived prepared.

He didn’t blame the Nightfuries for labeling him a loose cannon, though. Wick knew his
fuck you
attitude gave that impression. He should probably do something about that… take steps to clean up his reputation and reassure his brothers-in-arms he didn’t have a death wish. The problem? Giving a shit had never been his MO. Down and dirty—quick
and clean—were more his style. The other warriors would either follow. Or not.

Totally up to them.

His eyes narrowed on the drawing in front of him, Wick trailed his fingertip along a hospital corridor inked in blue lines. With a “huh,” he flipped the wide paper back a page. The building’s rooftop came into focus. Tricked out with a helipad for incoming medical choppers, the roof was the best bet. Landing in the open space would not only be expedient, but more comfortable too. The more room he had to fly in, land, and fold his wings in dragon form, the better. Tight spaces weren’t his favorite thing. Confinement—the mere thought—made his skin crawl and—

Wick suppressed a shiver and locked down the memory, stuffing it into the black hole in the back of his mind. Remembering was never a good idea. The past was the
past.
No sense dredging it up or reliving things best left alone.

Refocusing on the human map, Wick charted the course, memorizing the layout, deciding on the most efficient path through the hospital’s labyrinth-like corridors. His target was the ICU. Or rather, the injured female who, at present, lay unconscious inside the critical care unit.

The right side of Wick’s mouth tipped up.
Jamison.
Strange name for a female, but for some reason he liked it.

“Jamison,” he murmured, lingering a little, testing the phonetics.

Hmm… her name tasted good, tripping off his tongue just right, swirling in the silence, adding spice to his self-imposed solitude. Wick shook his head, his enjoyment morphing into self-mockery. Her name didn’t matter. Neither did she, at least not to him. His mission was simple: bust her out
of the ICU, keep her safe on the journey to Black Diamond, and hand her off to Mac. All to repay the newest member of the Nightfury pack.

Most males would’ve said screw it. Forgotten the favor done and the debt owed.

Mac had saved Venom’s life, a male Wick valued above all others. Without him…

Wick’s throat tightened. Shit. He didn’t want to think about
what ifs.
Venom was his best friend, the only male who accepted him for who and what he was, his savior in more ways than one. And like it or not, a gift of such magnitude couldn’t go unanswered. Honor demanded equal treatment, so… no question. He would repay the debt he owed by giving the newest member of his pack a gift in return: provide what Mac’s chosen female wanted—needed above all else—her younger sister safe, sound, and in the family fold once more.

The trick now would be getting the critically injured Jamison out of the human facility without the assholes guarding her any the wiser. A challenge. Finally. At last. Something complicated that needed a solid plan and brass balls to pull off. Wick hummed, anticipation rising as he angled his wrist and glanced at his MTM military watch.

His mouth curved. Fuck him, but he could hardly wait for nightfall. Breaking her out while circumventing a bunch of clueless humans was going to be so much fun.

Standing just inside Black Diamond’s dining room, Venom watched his best friend sleep. Ass planted in an armchair, Wick sat slumped over the table, crinkled paper beneath bent elbows, cheek pressed to forearms, dark hair gleaming in the low light. Stacked in uneven piles, tattered by dog-eared corners, rolls of architectural plans littered the tabletop. Organized chaos. Made sense. Everywhere Wick went things got messy. And by the looks of it, the male had been at it for hours, buried under paperwork, researching God only knew what.

The Restoration of Otto Laird by Nigel Packer
Inception (The Reaping Chronicles, 1) by Haviland, Teal
The Illuminations by Andrew O'Hagan
Valley Of Glamorgan by Julie Eads
Born Into Fire by KyAnn Waters, Tarah Scott
Gibbon's Decline and Fall by Sheri S. Tepper
Scorpion Deception by Andrew Kaplan
The Storekeeper's Daughter by Wanda E. Brunstetter
Jane and the Twelve Days of Christmas by Stephanie Barron
Swinging Saved Our Marriage by McCurran, Kirsten
Our partner