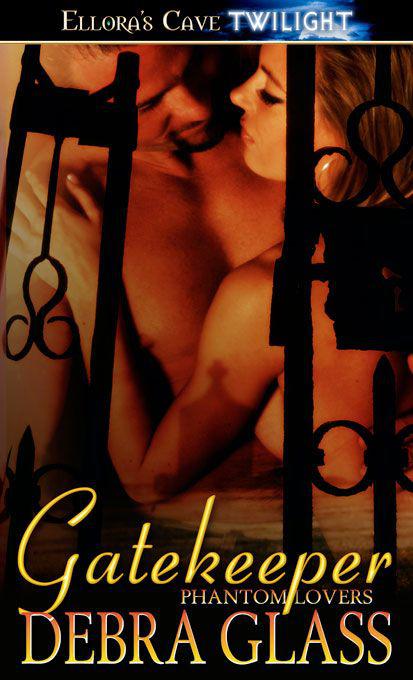 Warning: The unauthorized reproduction or distribution of this copyrighted work is illegal. Criminal copyright infringement, including infringement without monetary gain, is investigated by the FBI and is punishable by up to 5 years in federal prison and a fine of $250,000.  (http://www.fbi.gov/ipr/)

This book is dedicated to the real Thomas Benton Smith for
ironically
believing in me, and especially to my real-life hero and husband Timm, whose encouragement and unwavering support have made all my dreams come true. Thanks guys!

As a child growing up in Alabama, I was steeped in stories of cavaliers and cotton fields—and of course, ghosts. But it wasn’t until I bought a haunted piano business in 2001 that I had my first supernatural encounter with the store’s former,
deceased
owner. Realizing there was an intelligent entity in my presence, I resolved to learn to communicate with him and, in doing so, soon learned a direct ancestor, Miriam Hills, was a medium who wrote for a nineteenth-century psychic newsletter.

After developing my own mediumistic gifts, I encountered the spirit of Thomas Benton Smith while on a trip to the Shiloh National Military Park. Motivated by his presence, I began to research his life.

Thomas Benton Smith was born February 24, 1838, in Tennessee. Benton was a brilliant young man with a flair for mechanical inventiveness. He even acquired a patent for one of his inventions.
A
t sixteen, he was accepted at Western Military Institute in Nashville.

At the outbreak of the Civil War, twenty-three-year-old Smith and his older brother, John, enlisted in the Twentieth Tennessee Regiment. Benton rose quickly in the ranks and was elected colonel shortly after the Battle of Shiloh.

At the Battle of Stone’s River, he was seriously wounded by a shot through the chest and left arm. His brother, who served as the Regiment’s color bearer, was killed.

On July 29, 1864, he became the youngest brigadier general in the Army of Tennessee, earning him the nickname The Boy General.

On December 16, 1864, Benton Smith was captured at the battle of Shy’s Hill. Smith and his men were marched through the Federal dead and wounded, who lay thick on the steep slopes of Nashville’s Overton hills. Eyewitnesses reported he exchanged words with Federal Colonel McMillen, who began verbally assailing Smith. Smith’s only reply was, “I am a disarmed prisoner.” At that remark, McMillen struck the twenty-six-year-old Smith over the head with his saber three times, each blow cutting through Smith’s slouch hat, the last driving him to the ground and fracturing his skull.

Smith, despite all odds, recovered enough to be sent to Federal prison at Fort Warren, Massachusetts, but his injuries proved more detrimental than they initially seemed. After his release in 1865, he began to succumb to frequent bouts of mania. Deemed dangerous to himself and others, he was placed in a Tennessee insane asylum.

Thomas Benton Smith passed away from a heart condition on May 21, 1923, at the asylum. He was interred in the Confederate Circle in Mt. Olivet Cemetery in Nashville.

His spirit remains with me today. His gallantry, courage, intelligence and just plain smartass behavior inspired me to write
Gatekeeper
.

The character of Thomas Benton Smith is based on many aspects of the real Smith’s life, although I took liberties to turn one of my real-life heroes into a romantic hero.

I hope you enjoy Gatekeeper.

“‘The boundaries which divide Life from Death are, at best, shadowy and vague. Who shall say where the one ends and the other begins?’”

Amy Drew blinked against the bright light shining in her face. Blinding pain throbbed in the back of her head. Where was she? Why couldn’t she move? Was that a flashlight? Consciousness crept slowly back. She’d been at Shy’s Hill. That’s right. At the Civil War site. She’d been helping an earthbound spirit find the Light. Yes. It was coming back now.

“‘It may be asserted, without hesitation’,” a raspy voice droned, “‘that no event is so terribly well adapted to inspire the supremeness of bodily and of mental distress, as is burial before death.’”

She tried to speak but something prevented her mouth from moving. Tape?

Terrified, she writhed furiously against ropes binding her wrists and ankles. Her screams were muffled by the tape.

Whose voice was that? She recognized it but couldn’t place it. She squinted against the bright light.

If only she could calm down and use her psychic ability to…to what? Terror surged. She thrashed against her bonds. Her breaths were rapid and shallow, hindered by the gag.

Something landed on the damp grass next to her face. She jolted. A flash lit up the surrounding area. Someone was taking pictures! She blinked furiously and twisted in the bursts of light.

Her gaze riveted to a tattered copy of Edgar Allan Poe’s
Premature Burial
. Her heart slammed relentlessly against her rib cage. The tape muffled her screams.

A hand reached down and yanked out a lock of her hair. Searing pain burned her scalp. Amy twisted and fought at the bonds until every muscle in her body blazed.

“That’s just in case the photos aren’t enough proof.” And then the gloved hand took up the Poe book once more. “Shall I continue?

“‘The unendurable oppression of the lungs—the stifling fumes from the damp earth—the clinging to the death garments—the rigid embrace of the narrow house—the blackness of the absolute Night—the silence like a sea that overwhelms—the unseen but palpable presence of the Conqueror Worm—these things, with the thoughts of the air and grass above, with memory of dear friends who would fly to save us if but informed of our fate, and with consciousness that of this fate they can never be informed.’” Amy’s captor laughed without mirth. “You’re thinking about your little sister now aren’t you, Amy? You’re hoping—no,
praying
—she will find you in time. But Jillian doesn’t have your
gift
, does she? No. Is she still afraid of it? Does she still wake up during the night screaming the boogeyman is going to get her?”

Tears streamed from the corners of Amy’s eyes. This person was insane. Why was this happening? What had she done? What had Jillian done? It didn’t make sense.

The hoarse voice continued. “This is my favorite part… ‘That our hopeless portion is that of the really dead—these considerations, I say, carry into the heart, which still palpitates, a degree of appalling and intolerable horror from which the most daring imagination must recoil.’”

A foot pressed into her side and gave her a cruel shove. She was falling! Then with a solid thud, she landed on her back. The breath rushed out of her lungs from the impact.

Standing above her, just a black silhouette against the midnight blue sky—above the freshly dug grave—was her captor. Amy’s heart thudded explosively. Why was this happening? Why? The nightmare she’d had all her life was coming true. She was being buried alive!

“You should never have tried to release
him
, Amy.” A bone-chilling laugh erupted from her captor. “We know of nothing so agonizing upon Earth—we can dream of nothing half so hideous in the realms of the nethermost Hell.”

And then, everything went black.

He was so close. So close.

Jillian peered into the shadows but she could not see his face. She simply
knew
he was there.

Her body heated with anticipation. Her pulse slowed to a steady, thick throb.
Who are you?
She squinted against the darkness. Was this a dream?

A hand reached through the gauzy night and her gaze dropped to where long fingers flirted with hers and then traveled up her arm. Another hand caught her other arm and she found herself toe to toe with this man—this phantom dream lover.

She’d never wanted anything more than this—one kiss from this compelling stranger whose simple touch made all her inhibitions flee.

But who was he?

She tilted her head back but the darkness was too dense. She could only
feel
him—and right now, she
needed
him. Something elusive flitted in her thoughts with the promise of this man’s protection—and more.

“Who are you?” she asked. Her voice sounded muffled, as if she were under water.

Confusion muddled her brain. It didn’t matter who he was. All that mattered was that he was here. Now. And she wanted him more than she had ever wanted anything in her life.

“Kiss me,” she whispered as her hands found the hard wall of his chest.

And then his mouth was on hers, soft at first, gentle, until the pressure hardened and stifled Jillian’s cry. His tongue pushed into her mouth and she responded with complete abandon.

The hands that had been holding her arms wound around her shoulders and drew her body up against his.

Jillian realized they were both naked when she felt his rockhard arousal wedged against her abdomen. She gasped and shook with need. Wet desire pooled between her legs as her pussy clenched in anticipation. She had never been in the presence of a man who exuded such blatant masculinity and sexuality. She wanted him inside her. She wanted him now.

Fatal Destiny by Marie Force
Big Numbers by Jack Getze
Captured by a Laird by Loretta Laird
Chrono Virus by Aaron Crocco
The Shadow Man by John Lutz
Jodi Thomas by In a Heartbeat
DeadlySuspicious.epub by Amarinda Jones
All About Lulu by Jonathan Evison
The Bloom Series Box Set: Bloom & Fade by A.P. Kensey
True Desires by T. K. Holt
Our partner