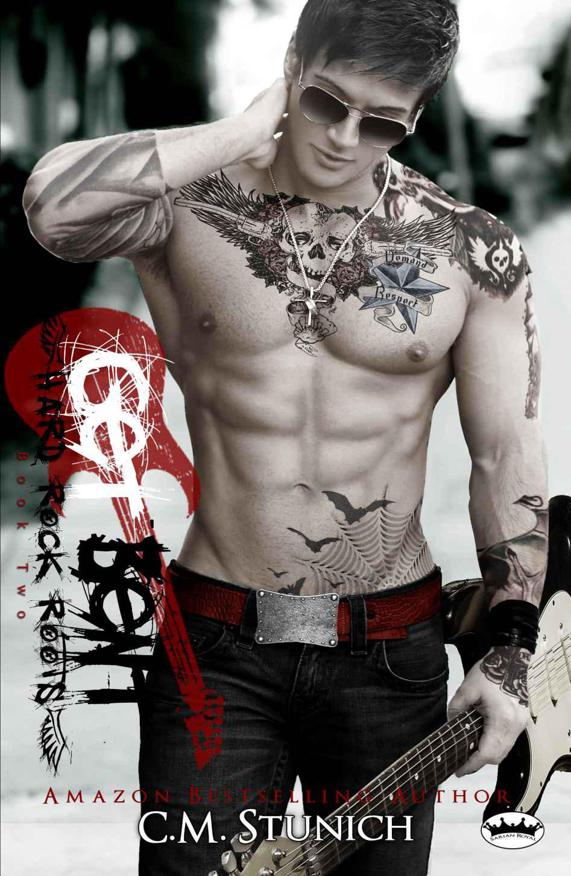 Real life is real weird and sometimes, it just stays screwed up. And ugly. Real ugly. 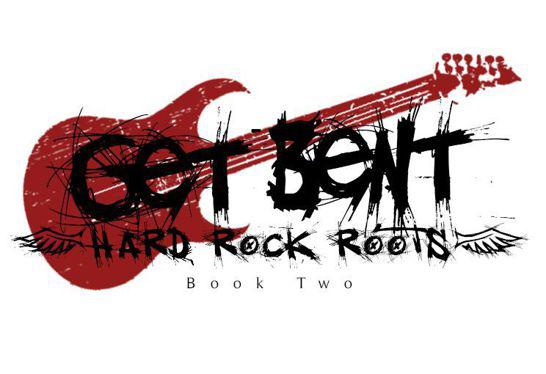 The characters and events portrayed in this book are fictitious. Any similarity to real persons, living or dead, businesses, or locales is coincidental and is not intended by the author.

for the readers who wanted to chase me down with pitchforks and torches after the ending of “Real Ugly”. for those that waited patiently and stuck by my side.

I tap the vein in my right arm with two fingers and check the rubber tourniquet that's wrapped around my sweaty flesh, making sure it's pulled tight. I'm trying to set up a good injection site, so I can take the syringe I've got clutched between my teeth and shoot up. It's the only way I'll get through this. The only fucking way.

“Turner! What the hell is going on in there?” I slump against the wall and ignore Treyjan's hoarse shouting. He's been out there all damn morning, screaming his friggin' head off. I don't want to hear it anymore. He's driving me nuts.

I pull the syringe out of my mouth and slide the needle into my skin, hissing at the rush of white hot pain when it punctures my vein. I press the plunger down and wait. A few seconds later, I feel it in the back of my throat. It tastes like fucking victory, like accomplishment, like I'm king of the fucking world. I yank the needle out unceremoniously and toss it into the trash can. It lands on top of a mountain of used condoms and tissue paper, and it's probably unsanitary as shit, but I don't care. I don't care about anything right now except Naomi.

“Turner, get your fucking ass out here now!”

I rip the tourniquet off next and lay it on the counter, clutching the sides of the sink as I lean over and cough. Good meth always makes you cough. And it makes you feel so fucking good that even a nightmare like this starts to look like a dream.

“Are you slamming dope in there, motherfucker?” Trey screams, and he sounds like he's about to burst a damn vein this time. I lift my eyes up and stare at myself in the mirror. It's not a pretty sight.
I look like shit. Jesus Christ. Have I been walking around like this for three days?
My eyes are bloodshot and ringed with purple, and my lips are pale and cracked. I look like a Goddamn zombie.

“Don't get your panties in a wad, bitch,” I call out to him, standing up and sniffing, letting my eyes fall closed for another minute. At least now I don't have to worry about how I'm going to get through another day. The drugs will take care of that for me.

I reach over and unlock the door.

Trey doesn't waste any time opening it and throwing me a death glare. I ignore him in favor of putting on some eyeliner. We have a show tonight, and I want to look good. Hell, I have to look good or I'm not getting onstage. My pain is private, not something to hang out for all to see. I'm not on display here.

“You got a hard-on for me or something?” I ask him, pretending that everything's alright, that my life has not just gone from bad to worse, that the breath has not just been suctioned out of my fucking lungs. “I can't even shit in peace anymore?” Trey looks down at the garbage, up at the tourniquet and sneers.

“You're just gonna get high everyday now?” I shrug, applying black around my eyes, making sure it's thick enough to hide the circles. Women love eyeliner on guys anyway. Or at least the women at my shows do, the ones with the piercings in their noses and the tattoos on their hips. I want to pick one of them up and fuck away the pain, but I can't do that to Naomi. For the first time in my life, I can't even imagine screwing another woman.

I look up at the ceiling as my brain seizures with false pleasure, misplaced hope, fatal courage.

“What are you now, Mother Theresa? We've gotten high everyday since we were sixteen.” I pretend not to notice that Trey is wearing Travis' cap. Or whoever's cap. Still haven't figured that mystery out. There seem to be a whole shit ton of them floating around right now, and that's kind of the least of my worries.

“Not like this, Turner. Not fucking like this. What are you doing? You're gonna kill yourself.” I don't tell my best friend that I don't care, that I'd rather die than live without Naomi Knox. I mean, how fucked up is that? Love sucks balls. Everybody always acts like it's the one thing worth living for, that spark in the fire that pulls you in, that strokes your hair back and lets you know that everything's going to be okay. Well now that I've fallen into it, nothing is okay. Nothing will ever be okay. I sipped from love's wine and now I'm drunk as shit without a place to lie down. My happy ending, my saving grace is lying dead in a morgue, cut up and fucked up, so mangled they can't even identify her damn body for sure. Oh, they say it's probably her because if not then, I mean, where the shit is she? Where? Where?
Where the fuck are you, Knox? With your pretty blonde hair and your sunglasses and your fuck you all attitude.

I drop the eyeliner and shove Trey out of the way, barely managing to lift the toilet seat before I throw up into it. He watches me with a curled lip but doesn't say anything, not until I'm done and cupping water from the faucet to splash my face with.

“Look, man, what happened to those girls is fucked up in all sorts of crazy ways, but what do you want to do about it? The cops are on it. The manager chick is in the hospital.” Treyjan pauses and blows out a rush of air. His brown hair is disheveled and his eyes flick this way and that, looking for a way out of this confrontation. He knows what he wants to say to me, but he's afraid to. He should be. I stand up and turn on him quick, getting in his face, narrowing my eyes. My body is pulsing now, and I feel like I could sing from the mountaintops or some shit. But then I think of her.

For as long as I've been playing with fire, popping pills, shooting up, whatever, I've never had a buzzkill quite like this. I feel the urge to reach into my mouth and pull my heart up, yank it right through my throat, bleed my pain all over the damn sink.

“Say it,” I tell Trey, clenching my fists, knowing I could beat the crap out of him if I wanted to. And I'm not gonna lie, I kind of want to right now.

“Naomi. If you're going to insult her, you may as well use her name.” Trey sighs and steps back, pulling a cig from his pocket and lighting up. He glances around for Milo, but our manager is off in another universe, one that has to do with hordes of reporters and TV cameras and magazine editors. There are conspiracy theorists galore, some cops, crazed fans, candlelight vigils. We're not on tour anymore, not really. Now we're part of a traveling circus, complete with freak show. Everything's gone to shit and nothing is right anymore. I feel like I'm walking crooked, like the whole world's on a tilt and I'm the only one trying to stand straight.

“Naomi was a cool chick,” he begins, but I cut him off, turning away and stalking back towards the front of the bus. Ronnie, Josh, and Jesse watch me with nervous eyes.

“Is,” I tell him because if I don't hold onto that last, little shred of hope, I'll crumble to pieces. I pull out a smoke of my own and light up.

“Turner, come the fuck on!” Treyjan screams, getting frustrated with me again. I think he's terrified that I'm going to turn into Ronnie, slide away into the shadow realm and become a walking, talking slice of melancholia. But he needn't worry about that crap. Knowing what I know now about this love shit, I'm surprised that Ronnie's still alive. I won't last if I find out for sure that she's gone. I'll just wither away and disappear. I take a drag and let my head fall back while smoke curls from my nostrils in gentle spirals. “You had a week long affair with this girl. Big deal. You're not in love. Stop being an emo bitch and get over it. People die, Turner. Life fucking blows. So suck it up and get over yourself.”