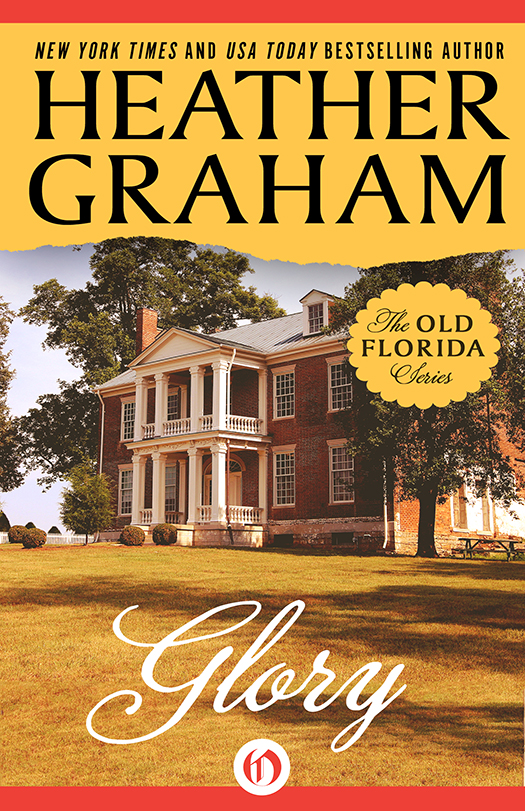 To Leland Burbank and Leslie Metcalf, two of my favorite people, with lots of love and best wishes on their engagement. Cheers! A lifetime of happiness to two wonderful people.

And to some of the folks at Penguin Putnam.

First, to my editor, Audrey LaFehr. Thanks for being supportive and critical, demanding and giving, all the things an editor should be—and thanks especially for pointing out my mistakes, frailties, and weaknesses—yet always having the faith to let me rework my own manuscripts.

To Marianne Patala—thanks for always being there, and for so many things.

To Genny Ostertag for all the little details.

And to Louise Burke, publisher, thanks for all the incredible support, honesty, and encouragement. 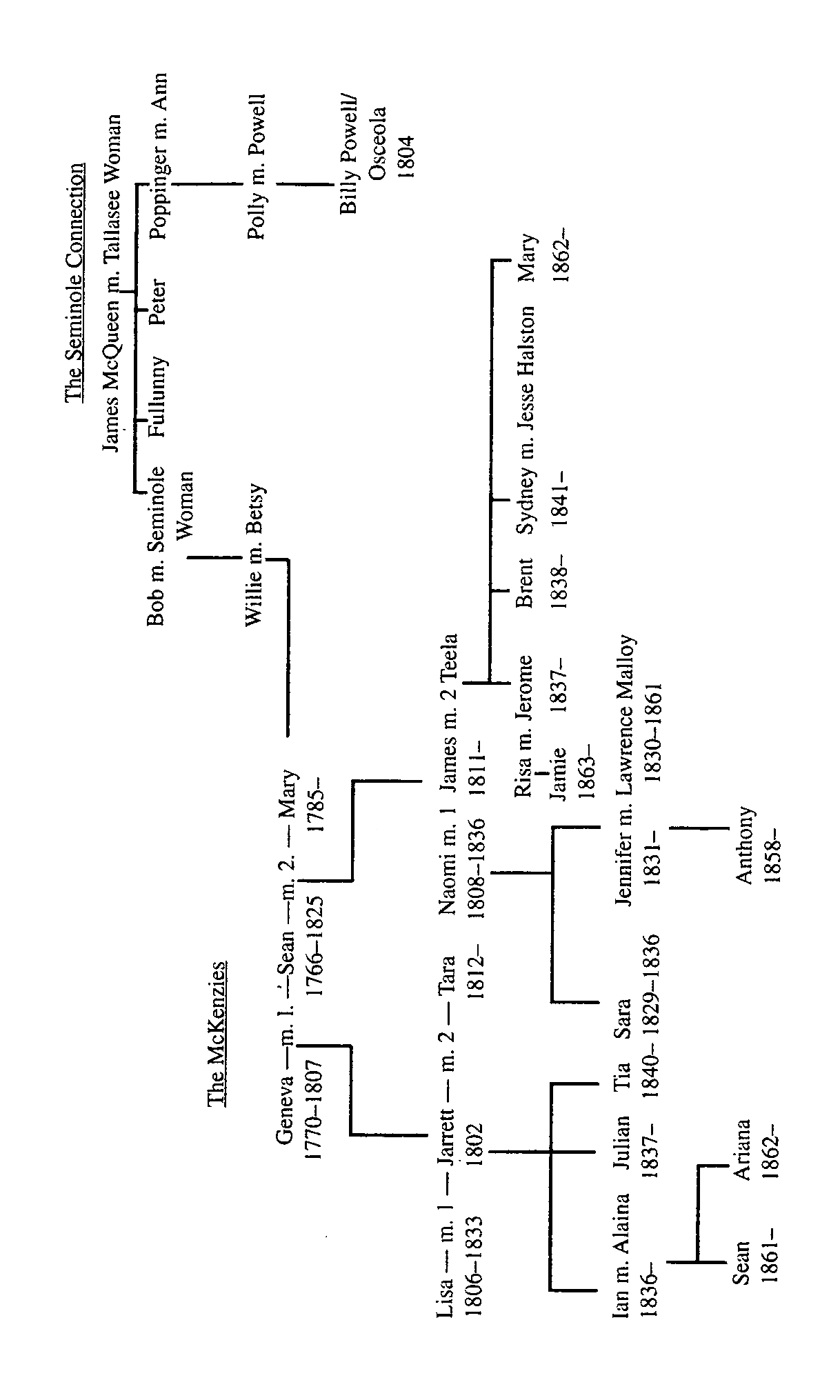 A Biography of Heather Graham

She was apart from the battle, and yet she could see the carnage, breathe the black powder on the air, hear the cries of the men. She saw it all as if she stood on a distant hill. She could feel the heat beating down upon her, the slightest brush of a breeze lifting her hair. She could see the battlefield so clearly.

Once, there had been cornfields. Great sheaves of green and gold, bending and bowing to a summer’s day. Now those sheaves were shorn, stripped down by gunfire as men fought, struggled, bled and died. Brothers, neighbors, fathers, sons, honoring the same God; speaking the same language. Blue and Gray mingled in death; no color remained for the fallen except for the black of eternity.

She wanted to call to the men, to stop them from dying, and yet she could not.

She saw a long dirt road where troops struggled to hold a line. Upon a hill stood a tiny church. Men were coming forward to defend it. An officer wearing a captain’s insignia was leading them. His blond hair was streaked with mud and sweat. He called out, his voice strong and powerful, beckoning, as he marched out first into the field of battle. Bullets flew; the men sought the cover of a farmer’s stone wall. The captain, his back still to her, managed to take his troops into the field, despite the hail of bullets. The air was so thick with black powder that she could not see his face at first, even when he turned, looking back to a man who had fallen. An injured man, calling to him.

She knew the captain, even if she denied in her heart that it could be him. She felt the pain all over again.

She heard him shout to the others. And then he went back.

She tried to cry out; she tried to stop him. And for a moment, the briefest moment, he gave pause. As if he heard her, distantly, somewhere in his heart. Yet, it didn’t matter. If he had known that death was a certainty, it wouldn’t have mattered. All of his life, he had learned to live one way. Courage and compassion were virtues under God; he could not leave an injured man to die. There was no life without honor and mercy.

Then the bullet struck him. Dead on, at the back of the neck, near the base of the skull. Perhaps it was merciful.

It was a mortal hit.

For a moment, he was frozen in time,
life
caught within his eyes. Regret, pain, the things that he would never see, never touch again.

He mouthed her name. He saw the sky, the crimson, setting sun. The field, the bodies merging in his fading vision with the earth. What he saw was green and sweet and good, and what he smelled was the redolence of the earth, the summer’s harvest. ...

He fell forward. And the light within his eyes, like the light of that day, was gone. Forever gone ...

She struggled to awaken. She had dreamed this dream before; she had lived the reality and the pain of it, and in her sleep she fought it, wondering why it should come to haunt her and again when it was past. But as life faded from his eyes, so light faded from the sky. Then it came back brightly; the dream began anew.

She stood on a different hill. And watched different men.

They marched in great, sweeping waves. Again, the field was alive with smoke, with powder, with the thunder of cannon and shot. A cry could be heard on the air, a challenging cry, a sound of pride and determination and a defiance of death. A Rebel yell. Despite it, she thought, the South was dying here.

She was confused, aware a new dream mingled with the old. She saw Richard, her husband. Again, he was dying ... but then he rolled, and turned, and it wasn’t Richard anymore.

This soldier’s hair was dark. He lay upon the ground, unhorsed by cannon fire, thrown far from his mount. Then he rose, calling out to those who had followed him, ordering help for the dead and dying men. He ducked the black hail and dirt rain of the explosions still coming, raced through the barrage of fire all around him. He tied a tourniquet on one man, ordered another dragged back—announced another dead. There were so many injured!

He was too close to the battle lines, and suddenly bullets were flying as well. The clash of steel could be heard as the foot soldiers who had survived the barrage as they charged the enemy lines met in hand-to-hand combat with the defenders.

She saw it, as she had seen it before. Saw the bullet strike, saw the look in his eyes. His own mortality registered instantly, for he was a physician, and he knew, and he started to fall. ...

The field was suddenly alight with a burst of color against the black powder of cannon and rifle fire. Streaks of sunlight, gold and hazy, mauve, crimson, color like that of a setting sun, a dying day ... life perhaps, was like a day, sunset bursting like a last glory, fading to black. ...

She awoke with a start. The sun was no longer setting upon rolling hills and fields bathed in blood. It was just rising in the eastern sky, yet its gentle morning streaks touched the white sheets of her camp bed, nightdress, and canvas tent with a haunting shade of palest red. ...

She had dreamed death once before, and it had happened. Richard had died. Death would come again. If she didn’t stop it.

She had to stop
his
death. Perhaps she could warn him. Stop him. Julian? With his pride, loyalty, determination—pigheadedness?
She had to! She could not bear this agony again.

She rose quickly, washed, dressed, and emerged from her tent in the medical sector of the Yankee camp. Corporal Watkins, the orderly standing guard duty, was just pouring coffee. “Why, Miz Rhiannon, you’re up way too early. It will still be several hours before the firing commences again, I’ll wager.” He handed her the coffee he had poured, shaking his head. “This must be mighty hard for you, and other folk, I imagine. I mean, to some Northern boys, the only good Reb is a dead Reb, but then you folks from the South who were against secession, why you know they’re some good folks in Rebel butternut and gray. And cannonballs, ma’am, they just don’t know the difference between a good man and a bad, now, do they?”

She took the coffee he had offered her. Her fingers were shaking. “I have to see General Magee, Corporal Watkins.”

Yes, General Magee believed in her, he would see her. What then? Once she’d baited, tricked, and betrayed Julian McKenzie?

He’d loathe her. But he’d be alive to do so. And one day perhaps, far in the future, a child would have a father.

Julian had been lying awake a long time.

He hadn’t gone to bed until he’d been ready to drop. There were so many injured. And still, so early, he’d awakened. Morning was still in the future, yet the very first rays of dawn were just beginning to touch the heavens. Awake, he’d come to sit out in the open, aware that he had to rest, if not sleep, before entering into surgery again. He was glad of the night’s touch of coolness against the summer’s heat. The air was clean tonight, good, sweet. He needed its freshness. War was indeed terrible. He could not operate fast enough, he could not heal, he could not cure, he could only cut and saw, move as quickly as his limbs would manage. He dared not feel, not think, not wonder, nor worry. ...

Yet he could not help but worry, and think about Rhiannon in his few precious moments of peace. Damn her, but he could not forget her. From the moment he had first seen her, standing upon the stairway, she had somehow slipped beneath his skin, and into his soul. Ah, but he was the enemy. She was a witch. Haughty, stubborn, far too proud, ridiculously argumentative. And yet ...

God, how he wished she were with him.

No one had such a touch. She was magic. She healed. She haunted. And he was afraid, because she was with the Yanks now, as she wanted to be. Not in relative safety where he’d sent her, but near, perhaps, on this battlefield, eager to save the lives of her own countrymen.

Startled by the urgent call, he pushed away from the tree he leaned against and rose quickly. Dabney Crane, one of the civilian scouts, rode toward him, dismounting quickly.

“What is it, Dabney?” he asked, frowning.

“A message from the Yankee lines, sir. I was approached by one of their riders.”

By day, battle raged. But when the fighting fell silent for the night, messages often passed between the lines. No one stopped them; every man was aware that the time might come when their own kin tried to reach them, and far too often, for one last time.

“My brother—” Julian began, a terrible lump in his throat. Was Ian across the lines? He never knew where his brother might be.

“No, sir, there’s no bad news about your Yankee soldier kin. This has to do with a lady.”

“No, sir, a different lady. A Mrs. Tremaine. She’s serving with their medical corps, sir. The rider, a man I’ve met with now and then regarding other personal exchanges between troops, gave me an envelope, and I was given strict instructions that I was to give it to you, and no one else, and that I keep this all in strictest confidence. But I’m to summon you, now, quick, before the day’s fighting can commence. She has to see you, sir, at the old Episcopal church down the pike.”