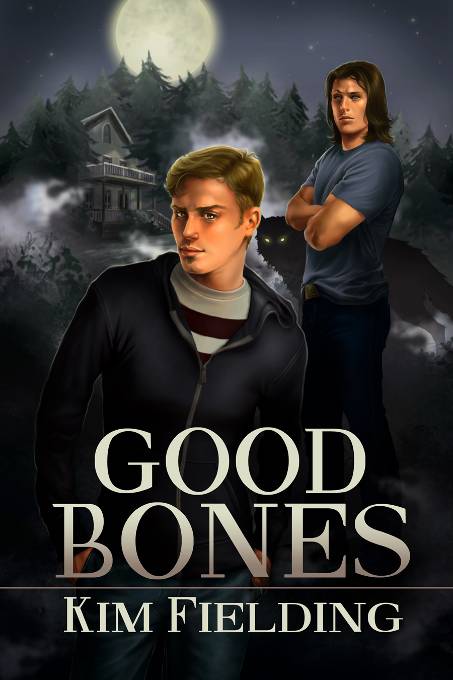 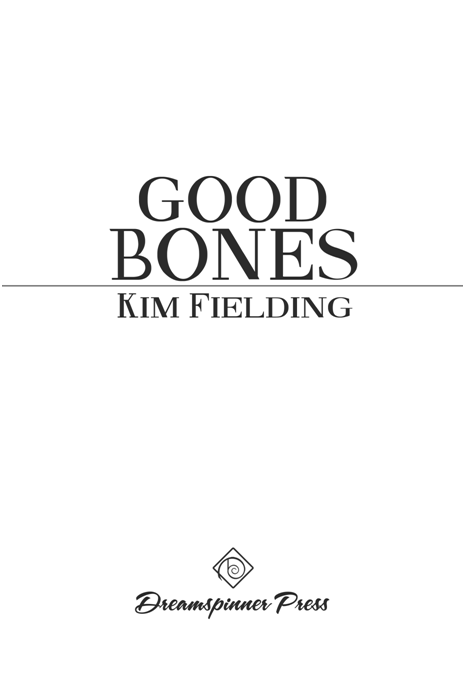 Printed in the United States of America
First Edition
April 2012

D
YLAN
knew right after lunch that today he’d be cutting it close. The day leading up to the full moon was not a time to have everything else go wrong. But already a meeting had run much longer than scheduled. A client was being difficult. The budget was tight. Blueprints had to be adjusted. Tempers were frayed. As a result, it was well past four o’clock when he finally escaped the architectural firm. He mumbled an excuse to the secretary about an art show opening as he fled out the door and into another of Portland’s overcast afternoons.

The situation still might have been under control, but Dylan made a stupid mistake, choosing the Hawthorne Bridge instead of the Marquam. Just as he came to the bridge, its red lights began flashing, and traffic stopped. He watched the center span rise at a glacial pace. The waiting cars were too tightly packed for Dylan to back up and take another route, so he waited, not listening to whatever was on National Public Radio, his fingers drumming impatiently on the steering wheel. He couldn’t see what sort of vessel was passing under the bridge or why the hell it was taking so long.

In the Chevy next to him, the driver was using one finger to carefully excavate his nose. Dylan’s windshield wipers swiped back and forth,
swish-squeak, swish-squeak
, each movement counting off more of his dwindling time. He took slow, deep breaths to quell his racing heart and jumpy nerves.

When he finally reached the other side of the river, Dylan was certain the sky was beginning to darken a little, although it was hard to tell for certain through the everlasting gloom of the clouds.

Fortunately, traffic on the west side was a bit lighter than usual, and Dylan drove as fast as he could, swerving around a bicyclist, running a light just changed to red, making pedestrians scowl. And then, just before he turned onto Jefferson, he got stuck behind a lumbering city bus with a seemingly narcoleptic driver. For several slow blocks, Dylan glared at the roaring tiger and trumpeting elephant emblazoned across the rear of the bus, but ultimately, he felt a certain sympathy for the wild denizens of the Oregon Zoo.

By the time he finally merged onto the freeway, the evening commute had begun in earnest, and traffic was crawling. Dylan tailgated and lane-switched and swore under his breath. His jaw ached, and his back was itching as if he were wearing a fur coat inside out. He gripped the steering wheel so tightly the plastic nearly cracked.

And then he came upon an accident. It wasn’t a bad one—just an ordinary fender bender. A tow truck had already arrived, and several people were standing there in the drizzle talking on cell phones. Both of the vehicles involved had managed to pull onto the narrow shoulder, so traffic should have been able to pass unimpeded. But everyone slowed down to gawk as if they had never seen such an amazing sight, so all three lanes were stop and go. And stop. And go.

Dylan’s nerves thrummed, and his skin felt too tight.

The one small grace was that his exit lane was open, so he shot down the off-ramp and zipped down the last mile of surface streets, silently praying that there were no police nearby, that no more impediments would appear. That he would make it on time. There was no question at all now; based on both his dashboard clock and the darkening sky, the sun was nearly set.

He parked his Prius in the driveway with a screech of brakes and ran for the front door. As he fumbled with the lock, his hand shook so wildly that he dropped the keys.
No, no, no
, a panicky part of his mind gibbered as he swooped up the keys and managed to get into the house. His bones were beginning to reshape themselves agonizingly, and his clothing was already ripping at the seams as he stumbled through the kitchen, down the hall, and into the spare bedroom. He growled through a lengthening jaw as he slammed the metal door closed. Without fingers to remove the remains of his clothing, his last coherent human thought through the blinding pain was that he’d ruined yet another pair of Diesel jeans.

H
E
AWOKE
as unpleasantly as always in the spare bedroom. He was naked, cold, and ravenous. He ached from sleeping on the hardwood floor. Ugly bruises had formed on his shoulders—he must have spent a good part of the night throwing himself against the door. Worst of all, though, was the emotion that seemed to pervade every molecule of his body. He didn’t know a name for the feeling; maybe a name didn’t exist. The closest he could come was
need
or
frustration
, but neither of those approached the intensity of what he felt. It was a little like being incredibly horny, only with no hope of ever getting laid again—a situation that was also unhappily familiar.

He stood and stretched and groaned, and he glared down at his incongruously perky cock. It was always much more optimistic than the rest of him. As usual, he decided to let it subside in favor of his bladder, which couldn’t be ignored much longer. He resisted the urge to piss on one of the metal-sheathed walls and instead unfastened the complicated lock that he’d installed near the top of the door. The lock was too high for him to have reached during the night and too complex to be opened with teeth or claws. Opposable thumbs were handy things.

During his visit to the bathroom he couldn’t help but catch sight of himself in the mirror. He looked as bad as he felt: hazel eyes bloodshot, skin pale, sandy curls in wild snarls. He considered calling in sick, but he’d done that last month and the month before, and he was worried that someone might notice a pattern. Nobody would be suspicious if a woman felt miserable every twenty-eight days, but people might wonder about a guy.

Fine. Shower it was. He shaved too, removing the dark-blond bristles from his cheeks and neatening the little patch on his chin. Then he brushed his teeth and tamed his hair and wandered into his bedroom to dress. His bed was still made up neatly, of course, big and comfortable, covered in a cozy down duvet. It would have been a lot more comfortable than the hard floor of the spare room. He swallowed a sigh and pulled on briefs and Levis, a navy and yellow Decemberists tee, and a plaid button-down. Hooray for casual Friday, when the already loose dress code was abandoned. He wasn’t sure he could have survived a shirt and tie today, when his skin felt too tight and his bones felt too loose.

His now standard breakfast no longer horrified him: a package of wine-cured bacon, raw from the plastic and sort of gummy in his mouth; a half dozen cage-free eggs cracked into an oversized mug; a triple espresso with a teaspoon of sugar stirred in. He had once been vegan.

He pulled on socks and boots and his favorite gray hoodie and drove through the drizzle to work.

He probably looked hungover, or maybe stoned. The secretary raised her eyebrows at him but didn’t say anything. On the other hand, his office-mate, Matty, had no problem speaking her mind. “Wild night, Dylan?” she asked.

He had to suppress a desperate laugh. “Not really.”

She was sitting at her desk, squinting through glasses at her computer screen. She had a big cardboard cup from Stumptown cradled in one palm, and Dylan’s wolf-enhanced sense of smell registered the cranberry muffin she’d had for breakfast. Low-fat, no doubt. She wore her usual black blouse and gray cardigan, and although he couldn’t see her lower half, he knew there would be black slacks—and red flats because it was Friday. She smiled at him. “Come on. Give a girl a thrill. Spill.”

“Sorry, Matty,” he said with a shake of his head. She assumed that his social life was a lot more exciting than it really was. “I stayed home. Really.”

“You don’t look like a guy who stayed home.”

He held up a hand in a mock Boy Scout salute. “I solemnly swear I went straight home and didn’t leave again until this morning, when I came straight to work. Um, after the Starbucks drive-through.”

“Fine. You went straight home. With whom?”

“Just me. I know I look like hell today, but it’s not because I had fun last night. I feel a little under the weather.”

She gave him a skeptical look but then turned her attention back to her computer. Dylan sagged a little with relief and collapsed into his own chair.

It was hard to concentrate on work, but he tried. The Maywood Drive clients had decided they wanted five bedrooms instead of four, and that meant he had to make adjustments to the roofline and to the supports that would keep the house from toppling down the hill. He wasn’t happy with the way the balcony was wrapping around the southwestern edge of the house. And he’d really hoped to build a deck around a couple of stately Douglas firs, but now he wasn’t sure he was going to be able to pull that off without some pretty major adjustments.

He declined Matty’s offer to join her for lunch. Instead, he grabbed a sandwich and chips from the little deli across the street and ate them at his desk.

At 4:12, as he was congratulating himself on almost getting through the day, his phone rang.

Dylan smiled at the nickname that had driven him crazy when he was younger. “Hey yourself, Dickhead.” His brother preferred to be called Rick. Where was the fun in that?

Dylan knew better than to waste time arguing. “Fine,” he sighed. “But is Kay gonna—”

“My better half will not be attending. Her sister’s coming over, and they’re going to make stuff for that craft fair they’re doing next weekend. I think it involves putting mustaches on drinking glasses… or something nuts like that.”