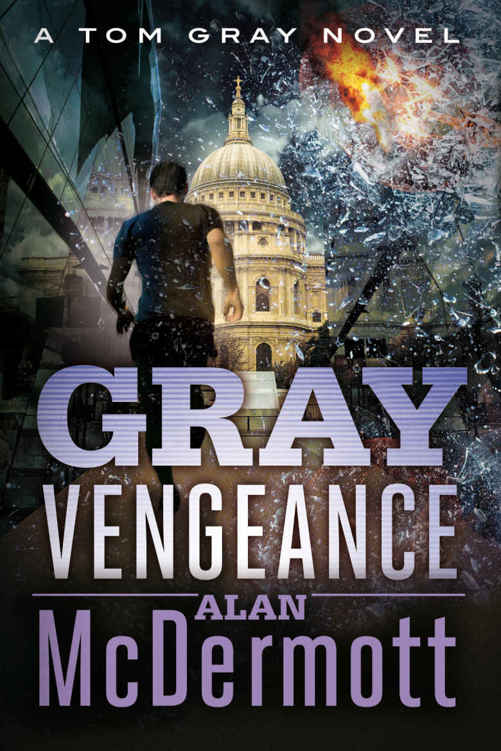 For Emilie Marneur: Thanks for taking a chance on me.

A crescent moon watched over the ersatz motorcade as it turned off Kufar Mata Road and into a maze of side streets that led to the old city. Despite being the second most populous city in Nigeria, with more than two million inhabitants, Kano appeared deceptively quiet at eleven in the evening, which was why the new leader had chosen such a late hour for his first address to the council he n
ow ruled.

The three battered vehicles pulled up at the compound, whose pockmarked white walls surrounded a modest residence. Armed guards were waiting and, after confirming the identity
of the vis
itors, slowly pulled open the huge metal gates to allow them ingress.

At the front door of the house, the host welcomed his exalt
ed guest.

‘Takasa, it is a pleasure to welcome you to my humble dwelling,’ the elder said, guiding the leader into the living area. Six men were waiting, and as the host barked an order, two young girls brought food in before quickly disappearing, leaving the men to their business.

Takasa took a seat on a pile of cushions and prepared himself a cup of hot tea while the other members of the council took in their new leader, most for the first time. A couple of them engaged in a hushed but animated discussion, while the others simply stared at the man who had been chosen to lead their organisation.

His selection by the three senior members of the council had come as a huge surprise to most, not least because of his skin colour, but that didn’t faze Takasa in the slightest. He was prepared for any animosity, though he felt certain that once he’d addressed the men, his vision would unite them and they would accept him as one of their own.

He placed his tea on the low table and coughed loudly, grabbing everyone’s attention.

‘Brothers,’ he began in English, ‘I am honoured to have been chosen to lead you into history.’

Takasa waited for the words to sink in and realised he was facing a tough crowd. He stood and began pacing the room, the traditional local garb feeling surprisingly comfortable.

‘Da Sunan Annabi, or
In the Name of the Prophet
, is a very young organisation, and I have watched your
development
with interest.’

In truth, he’d been looking for just such a group to establish itself in the hope of getting in at an early stage, and with the death of their leader in July of that year, he’d known the time was right to step in and fill the breach.

‘Over the years,’ he continued, ‘many organisations have tried to take on the might of the West, but they have only succeeded in bringing fire down upon themselves. That outcome won’t change while the West is capable of striking back. It is impossible to defeat their military, and for every Western soldier we kill, a hundred will rise up to replace him.’

He paused, as if trying to find the next words, even though he’d been over the speech a hundred times in preparation for thi
s meeting.

‘If your dream is for meaningless small victories and a short life, then we can continue on the current path.’

A man wearing a scowl raised a hand, but Takasa waved him off. ‘If, however, you dream of a world where the West no
longer
has any influence, be that militarily, economically or politically, then you need my help. I promise to lead you to a
victory
that will be remembered for thousands of years.’

The hand went up again, and this time the man wouldn’t be silenced. ‘And just how will you guarantee this? What
experience
could you possibly have that will make any contribution to
o
ur
cause?’

The emphasis wasn’t lost on Takasa, but he’d expected this kind of reaction. Being the only white man in the room naturally made him a target for their animosity.

‘To defeat your enemy, you first have to know him,’ Takasa said. ‘I know our enemy well. Now, you obviously know where the strengths of the West lie, but what of their weaknesses? Could you take down a whole country with just two hundred people?’

‘Is it?’ Takasa asked. ‘Imagine a baker taking his wares to town to sell in the market. He is pushing his barrow but finds the road blocked. He has no option but to return home, knowing that he won’t be earning any money that day. On top of that, he has lost all the money he spent on ingredients.’

‘So, imagine instead that he had planned to sell his bread to a shop owner. Now two people have no income for the day.’

‘Can you get to the point?’

‘The point is,’ Takasa said slowly, refusing to be rushed, ‘two people suffering financially for a short period of time isn’t the end of the world, but let’s say
every
merchant used the same road into town, and nobody could get in to sell their products. Now you have a whole community that is suffering. People aren’t earning a living, and their customers have nothing to eat.’

The man stood, showing his annoyance. ‘This is preposterous! We need a leader who is not afraid to take the fight to the West, and you bring us . . .
this
?’

He gestured at Takasa with disdain, but one of the senior members shouted him down.

‘Silence, Kwano! I have heard his plans, and if you are willing to listen, you will see why he is the perfect choice to lead us.’

Kwano sat again but wasn’t quite finished. ‘Your story makes no sense,’ he said to Takasa. ‘As soon as news of the blocked road spread, everyone would help to clear it.’

‘Exactly!’ Takasa smiled. ‘That’s precisely what
you
would do. However, the British are cut from a different cloth. They would complain about the blockage and wait for someone else to clear it. And when no-one listened, the complaints would mount while the road remained obstructed.

‘You see, the West takes pride in its advanced culture. It is a place where a man can sit at home and order a meal to be prepared and delivered within thirty minutes, and have someone fix his car without having to take it to the garage or, heaven forbid, do it himself; where groceries, furnishings and entertainment are brought to him rather than the man having to go out and buy them; where he can make a phone call to have a woman satisfy his needs, whatever they are. Their lifestyle has made them lazy and reliant on others, and that is their first failing. Their reliance on technology is their next.’

Kwano appeared only partially appeased. ‘I was in England for a few years, and the small community I lived in doesn’t sound anything like what you’ve described.’

‘Granted, there are pockets of society that will still chip in and help each other out, but they are isolated and won’t be affected by my plan. You certainly won’t find villagers from Kent rushing into London once we strike.’

Takasa smiled as he resumed his seat. ‘Your problem is, you’re thinking small. That’s why I’m here.’

He laid out his plan, which took another thirty minutes, by which time he had almost everyone on board.

‘It still sounds like fantasy to me,’ Kwano said.

‘Really?’ Takasa asked. ‘Then let me tell you how delicate the UK infrastructure is.’

He explained how tens of thousands of homes had been without power for days following a Christmas storm only a few weeks earlier; how air traffic had been severely disrupted following a glitch with the telephone wires; and the countless occasions when traffic accidents had closed major roads.

‘These were random acts that brought chaos and misery, but imagine the impact if they were co-ordinated.’

As Kwano thought this over, another man asked about
timescales
.

‘If we start immediately, we can have the groundwork done within a few weeks. After that, it is a matter of releasing the
necessary
funds and sourcing the materials. I expect to be ready to strike within the next six months.’

‘How much will it take to bring this plan to fruition?’

This drew a smirk from Kwano. ‘An easy number to speak of, but how do you expect us to raise so much in half a year? It would take a lifetime of lifetimes to gather such wealth.’

‘I already have half of the amount we need,’ Takasa told him, ‘and I can call on the rest at any time.’

At this, Kwano conceded. As Takasa had anticipated,
financing
the entire venture sealed the deal.

The meeting ended and Takasa was escorted back to his conveyance, the first step of his plan ratified. An auspicious start.

When he reached his temporary residence in Kano, he would make a phone call that would take the second step towards
Britain’s
downfall.