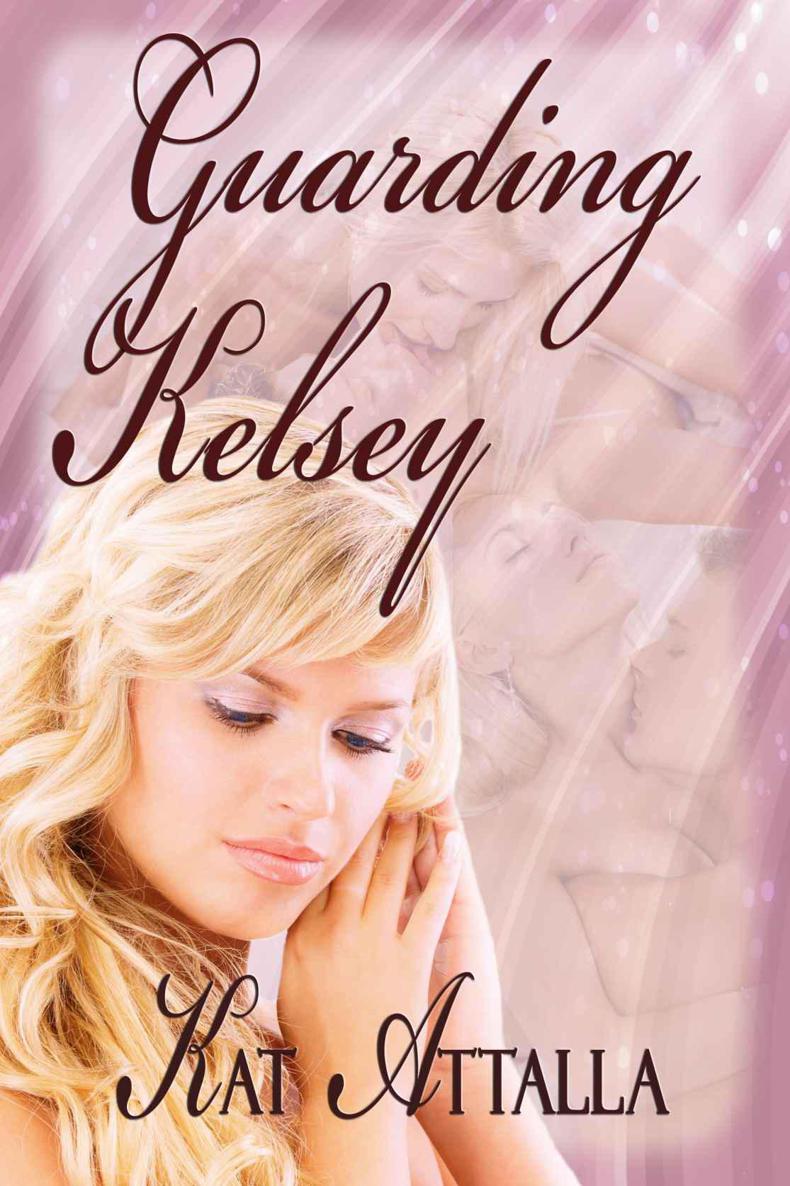 All rights reserved. Without limiting the rights under copyright reserved above, no part of this publication may be reproduced, stored in or introduced into a retrieval system, or transmitted in any form, or by any means (electronic, mechanical, photocopying, recording, or otherwise) without the prior written permission of both the copyright owner and the above publisher of this book.

Kelsey Winston bolted down the corridor of the hotel and rounded the corner.
She slipped on a carpet runner and slammed into the wall.
Her shoulder throbbed but she didn't stop.
She stayed in motion on pure instinct.
Was the gunman still behind her?

Numbing chills washed over her.
She had never seen a dead body before and she wished to God she hadn’t seen one tonight.
She ducked into the stairwell and ran down two flights. Stale air and pure terror left her gasping for a normal breath.
Hovering in a dark corner, she list
ened for footsteps
.
Silence mocked her.

Her fingers tightened around a steak knife.
If
not for the small weapon
clutched in her hand, she might be as dead as the man in the banquet hall. What had happened?
The masquerade ball was a charity
fundraiser
.
A place she thought she’d be
safe. And safe was something she hadn’t f
elt since her father’s
death.

With all the other guests in the room, why had the killer grabbed her to use as a shield a
gainst hotel security
?
She shuddered.
She still couldn’t shake the image of the dead man lying in a lifeless heap on t
he floor.

She rose slowly and pee
ked out the window into the darkened hall. A distorted view of her reflection in the glass gave her a fright.
She barely recognized herself.
The black, chin-length wig she wore made her look like a stranger.
Bright red lipstick outlined the shape of her mouth. A thick line of black eyeliner surrounded her blue eyes giving her an exotic, Nile look that matched her Cleopatra costume.

Apparently she had lost the murderer, but she wouldn’t be safe until she got away from the hotel and into a police station.
She stepped into the hallway and checke
d in both directions.
As she started down the hall, she heard a faint sound.
Was she being followed or was it the echo of her own footsteps on the marble floor?
She picked up the pace.
Her heart began to pound again.

She rounded another corner and slammed full speed into a solid mass of a man.
Her frightened shriek reverberated down the halls.
He locked his arms around her in a vice grip.
Panic ripped
through
her an
d she fought to wrench her hand
free.
Her captor spun her around and pulled her against his body, pinning her with one strong arm.
His other hand came around quickly and pried the knife from her fingers.

"
No
one is trying to hurt you," his
deep voice said.

She wasn’t about to take the word of the man accosting her.
Always go down fighting
, her self-defense instructor had taught her.
She bent her arm and jabbed with her elbow.

With an angry grunt, he tossed her weapon on the floor and turned her into the wall. He put one muscular arm across her shoulders and pinned her while his hip pressing against hers, immobilized the rest of her body.
"Take it easy.
I'm a police officer.
And you're aiming for body parts I'd like to keep."

For a few terrifying seconds, comprehension escaped her. The penetrating gaze of the man rested on her face.
Her heart
still
beat in a staccato rhythm.

He waved a gold detective’s shield in front o
f her. “Are you okay?”

Reality returned and with it, a hot flush to her face.
When she nodded, he released her.
She slumped against the wall and do
ubled over
.

Her body convulsed with
aftershocks
.
The violent memories came crashing back in vivid detail. The images were
clearer
now than when the shooting had occurred.
Her stomach clenched into a tight knot
.
Nausea overcame her
. She glanced up at the plain-clothed police officer glowering at her and did something she'd never done in her life.

She passed out cold.

Wolf Krieger glanced out the office window at the woman huddled in the wooden chair.
She wrapped shaking hands around the Styrofoam cup one of the officers handed her.
Her shimmering blue eyes darted around the waiting room. Fe
ar marred her otherwise attractive
features. Despite or, perhaps because of the
bloodstains
, her silky white dress with
the golden collar and gold wais
t
-
chains
drew curious glances from visitors and officers alike.
Not your average dime-store costume, he thought, but then the woman had not come from your average costume party. The thousand-dollar-a-plate Masquerade Ball at the Dreyfus Hotel drew an
eclectic
crowd of politicians, power brokers, entertainment people and hangers-on.
Which group did she fit?

He thought about their earlier encounter.
The woman could fight.
She'd landed two sharp jabs in his side and nearly caught him with that serrated steak knife before he’d subdued her.
He didn’t blame her.
According to other witnesses, she had been taken hostage by the shooter.
She’d freed herself from a
hit man
with a gun.
That deserved respect.

Then there
was her other side. The small
woman with the rounded curves who had lay unconscious in his arms.
Her unique scent still lingered in his memory and the feel of her pressed against his body burned in his flesh.
He recalled the sound of her moans as she slowly regained consciousness.
His body grew hard and he groaned.
He had been too damn long without sex if he could have this kind of reaction to a frightened stranger.

Detective Juan Martinez joined him at the mirror. “Are you ready for her, partner?”

After eighteen months, Wolf still had difficulty thinking about Martinez as his partner.
It seemed like the final betrayal to Marc.
“We have to wait for the crime lab guys to process her.
What do we know so far?”

“Not much yet.
The victim’s name was Greg Harrison. He was an investment banker under investigation by the justice department for alleged mob ties.
He was near the door, deep in a conversation with . . .
Cleopatra . .
.”

Wolf
chuckled in spite of his mood.
“Kelsey Winston.”

“Miss Winston,” Martinez continued, “ . . . when the g
unman walked up and shot him point blank . T
hen
he
grabbed the woman, dragged her into the
hall
and made his
getaway
.”

“Does anyone know if the victim and Cleopatra here were a couple?”

“I have no idea.
She seems really freaked by the whole thing.”

Wolf glanced at her. He took nothing for granted.
If she was an innocent bystander, in the wrong place at the wrong time, her fear was understandable.
If she knew intimate details about the victim’s mob dealings, then she had more to fear than a police investigation.
“Looks can be deceiving.
Let’s find out what she knows.”

Someone handed Kelsey a cup of the worst coffee she’d ever tasted, but she drank it anyway.
Despite the unseasonably warm October temperature, she felt chilled to the bone.
The trembling in her body had finally stopped, but the fear still hovered right below her calm facade.

Halloween night at the 12th Precinct had its share of oddball characters, and tonight, she was among them.
She sat alone, feeling like
the criminal
instead of a victim.
Well, maybe not a victim, compared to what had happened to Mr. Harrison, but she’d committed no crime.

"Miss Winston?"
Kelsey looked up into the face of Detective Krieger, the police officer whose arms she unceremoniously collapsed into earlier. Slate gray eyes appraised her, unsettling her in a way she hadn’t felt in a long time.
"Could you come this way?"

Sucked In by Shane Maloney
Finding Nouf by Zoë Ferraris
Claimed: Unchartered Territory by Nia K. Foxx
Behold the Dawn by Weiland, K.M.
Healing Touch: Play Doctor, Book 2 by Jayne Rylon
The Coincidence 04 The Probability of Violet and Luke by Jessica Sorensen
On the Accidental Wings of Dragons (Dragons of Eternity Book 1) by Wetzel, Julie
All That I Need (Secret Desires) by Catori, Ava
Flash Bang by Meghan March
The Spring of Candy Apples (A Sweet Seasons Novel) by Viguie, Debbie
Our partner