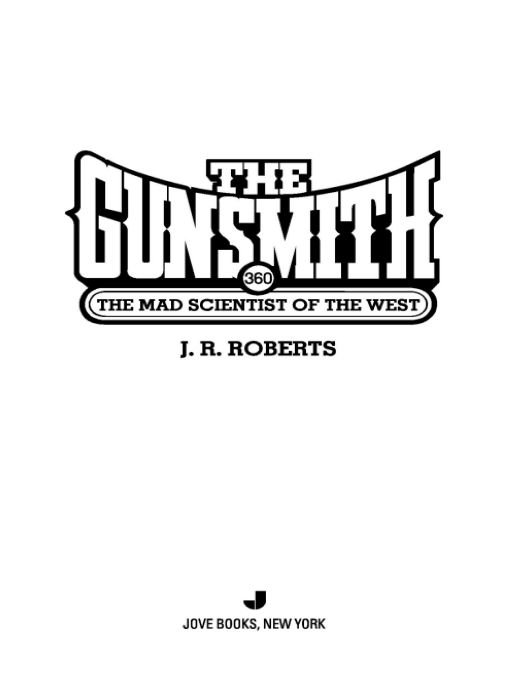 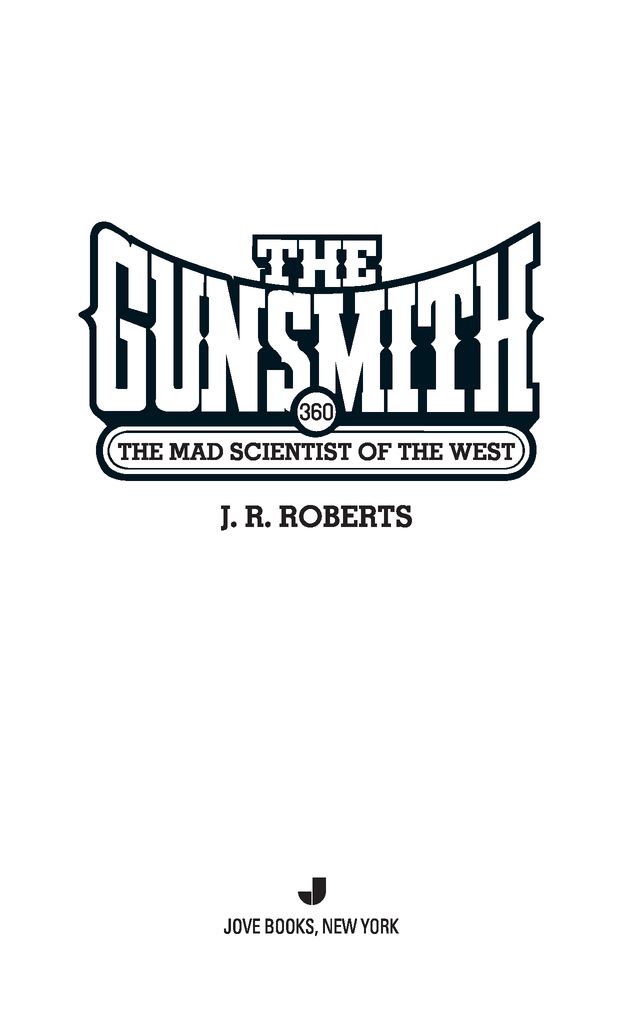 ONE
Clint Adams had been to the White House several times, but it had been a few years. His last few trips to Washington, D.C., had involved the government, but did not involve seeing the President directly.
Grover Cleveland was in the midst of his first term. Clint had already met this President, but had not seen him for some time when he received the summons to appear. It might have been a request, but Clint would have responded to either one.
He arrived in Washington the day before he was to meet with the President. He got himself registered in the hotel on Q Street, then went out and got himself a good steak. He had some friends in Washington, but had not contacted any of them. And he wouldn't, not until he found out what the President wanted with him.
After dinner he went back to his room and spent the rest of the evening reading. The next morning he had breakfast in the hotel dining room, then stepped out in front of the hotel to wait.
“Sir?” the doorman asked.
“I'm waiting for a cab that's been sent to pick me up,” Clint said.
“Yes, sir.”
When the hansom cab pulled up in front of the hotel, the doorman obviously recognized it. The two American flags on either side might have been a hint for him. The driver sat in front of the enclosed cab rather than behind it.
“Sir!” he said to Clint. “Your cab is here.”
“Thank you.”
The doorman beat Clint to the cab and opened the door for him. Clint stepped inside, then tried to tip the doorman, who waved his large, white-gloved hand.
“No, sir, not necessary,” the man said. “Have a good day.”
“Thanks, you, too.”
The doorman closed the door, then slapped his hand on the side of the cab and shouted, “Driver!”
The cab started off, and Clint was left inside, alone with his thoughts.
Â
When they reached the front gates of the White House, Clint was looking out the window. The gates were opened by two guards, who waved them through without asking for any identification.
The cab stopped in front of the White House, and the driver dropped down and opened the door for Clint.
“Thank you.”
As Clint stepped down, two armed soldiers approached.
“Mr. Adams?” one of them asked.
“That's right.”
“Sir, we'll need your weapon.”
Normally, Clint would have refused such a request, but this was a meeting with the President of the United States in the White House. If that wasn't an exception, he didn't know what was.
He handed over his gun.
“Thank you, sir,” one of the soldiers said. “Follow us, please.”
Actually, he followed one soldier, while the other walked behind him. They marched him into the White House, where a man in a suit was waiting for him. He was a florid-faced man in his forties, in good shape except for a slightly prominent belly his suit had been expensively cut to accommodate.
“Mr. Adams? I'm Wallace Cromartie. I'm to take you to the President.”
“Thanks.”
“This way, please.”
This time the two soldiers walked behind him as he walked alongside Cromartie.
“May I ask what your position is, Mr. Cromartie?”
“Certainly,” Cromartie said. “I'm a sort of special advisor to the President.”
“Special advisor? For what kind of things?”
“Well . . . the kind of thing that would bring a man such as yourself to the White House,” Cromartie said. Which really didn't answer the question at all.
They walked down several hallways, past more soldiers, until they reached the doors to the Oval Office.
“Wait here, please,” Cromartie said.
Clint waited with the two soldiers while Cromartie went inside. Clint thought idly that if this was a trick to disarm him so he would be a sitting duck, it would be an elaborate one.
The door opened again and Cromartie said, “The President will see you now, Mr. Adams.”
TWO
President Grover Cleveland filled the room, even though he was seated behind his desk. About fifty, he was a large man with a majestic mustacheâor what some people called “mustaches.”
“Clint Adams,” the President said, rising. “Welcome. May I call you Clint?”
“Of course, sir.”
Cleveland came around the desk and met Clint in the center of the room with a crushing handshake.
“Okay, Warren,” he said to Cromartie. “You can go.”
“I, uh, thought I'd sit inâ”
“Perhaps later,” Cleveland said. “I'd like to see Clint alone for a while.”
“Of course, sir,” Cromartie said, and left the room.
“You allowed them to disarm you,” the President said. “I'm sorry about that, butâ”
“That's all right, sir,” Clint said. “I understand the need for security.”
“Yes, of course you do. Please, sit,” he said, indicating the sofas in the center of the room, with a low table separating them.
Clint chose a sofa, and the President sat across from him.
“Hotel okay?”
“Yes, sir.”
“And your trip? And transportation here?”
“All first class, sir. No complaints.”
“Good, good.”
The door opened and a white-gloved man entered carrying a silver tray with a coffeepot and china cups on it.
“I arranged for some coffee. Unless you'd like something stronger?”
“No, sir,” Clint said. “Coffee is fine.”
“All right, Henry,” Cleveland said.
ADS
15.4Mb size Format: txt, pdf, ePub