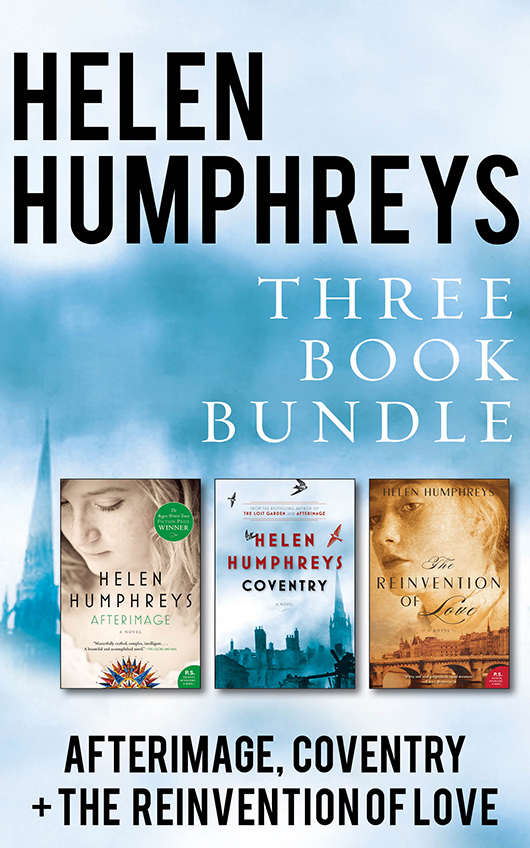 Member of the Expedition

Afterimage
and the Art of Julia Margaret Cameron

The photograph thus taken has been almost the embodiment of a prayer.

Any sort of landscape is a condition of the soul.

The boy will remember it this way forever. His wings are on fire. He stands against a burning wall. The harder he moves his arms, trying to get free of the leather straps, the faster the flames shudder along the white feathers.

The boy doesn’t see her until she’s right beside him. It seems as if she has poured out of the smoke, her grey cloak flapping around her like waves on the sea. For a moment they stare at each other. He sees the flicker of fear in her young face, but that is something he thinks later—young face—much later, when he is a man. Now he thinks only,
Save me,
his throat seared shut. He cannot push the dry burst of words through his parched lips. It doesn’t matter. She has grabbed him under the arms, holds him away from her body.
Put your arms out,
she says. He stretches his burning wings so that they stay clear of her clothes and she runs with him like this, down the hallway to Isabelle’s bedroom. There is smoke in the room but the window is open. She stands him by the door, rushes to the bed, and drags the mattress off. He sees the sparks sizzling along the trailing edge of her cloak as she tears off the bedding, stuffs the mattress through the window, and it somersaults to the earth below. She has hold of him again, leans with him in her arms over the sill.

And then she lets him go.

The boy falls. He puts both his arms out and for a brief moment his fiery wings stay the air and he floats down. The air pushing against the underside of the wings is the same pressure as when she held him over the sill, the same feeling. The rush of fiery air as he slows above the earth. Her strong and steady hands.

This is him, flying.

Annie Phelan hurries along the lane to the Dashell house. The coach from Tunbridge Wells let her off on the main road and she is to walk the last half mile by herself.

It is June. The narrow lane announces its summer inhabitants with Annie’s every step. A magpie! A bee! The dry clicks of insects busy in the hedgerow. It is so different from London. There, the clatter of people and carriages was constant, though sometimes, at night, when Annie was walking home from reading classes she would hear the soft, tumbly voice of a nightingale calling in the Square. In London, the horizon was stacked with buildings, and the air was rheumy with coal smoke. Here, the sky is huge and blue, uncluttered.

All the long journey down from London Annie has imagined this walk, has imagined that the lane to the house will be rutted and dusty, that the house will suddenly appear as she rounds a bend, that it will be magnificent and stately. Perhaps a little decrepit. Like Thornfield Hall, she had thought in the coach. She has recently finished
Jane Eyre,
again, and this is how she has imagined a country estate.

And just as she had imagined, the Dashell house becomes visible as Annie rounds a bend in the rutted, dusty lane. She stops walking. There it is, looking much more decrepit than magnificent. Huge and sprawling, but definitely neglected. The bushes out front are straggly and tall, block out some of the downstairs windows with their green, swaying bulk. The stone on the upper storey is crumbly with age. A sign on the gatepost says Middle Road Farm. The last two words are obscured by brambles.

Annie stands there, in the lane, looking at the distant house, feeling apprehensive, wishing really that she could just keep walking down this lane, that the house would just keep appearing around every bend. She needs more time than this to arrive here fully. The moment she enters that house, sees the rooms, meets Mrs. Dashell, all her imaginings of this will stop and what is real will fill that space completely. In a few steps, in a few brief moments, this world will be exchanged for that one.

Cook has a crown of flowers in her hair. Eldon sees it when she leans over to serve him the vegetables.

The slick surface of the table looks watery in the weak window light, slopes away from him to Isabelle, at the other end, reading her book.

“Who are you this time?” he says to Cook.

Isabelle looks up from her book. “After the bountiful harvest,” she says helpfully.

Eldon bends his head over his plate of underdone turkey, which has been hacked from the bone in rough, stringy wedges. There’s the whicker of the clock being wound in the hall. A bract of vines at the window. The cut heads of roses float in a crystal bowl, one turning slowly in the whispery light, bumping against the others, turning like a compass disc towards the thought of
North.

Annie Phelan waits in the drawing room. In her hands she holds the newspaper with the advertisement in it, and the return letter from Isabelle, because she might need these to prove she should be here. In the Dashell house the red velvet curtains are drawn back and tied, fall in heavy, pleated braids to the floor on either side of the window. There are oil paintings on the walls, all portraits except for one over by the piano—cows in a field, hills in the background. The sun behind the hills has swept the grasses gold. On a side table by the door is a porcelain figurine of a naked man. Annie smoothes the front of her good lilac cotton morning dress, plucks at the stray threads of her plaid shawl. Her one shawl. In summers she cuts it through to a single layer. In autumn she sews it back together again.

The door to the drawing room crashes open and Isabelle swoops into the room, the flounces of her long dress brushing the porcelain figurine off the side table and onto the rug. She doesn’t bother to pick it up.

“Oh, don’t do that,” says Isabelle irritably. “Sit down. You’ve come a long way. No need to stand.”

“I’m fine, ma’am.” Annie is used to the measured, careful movements of her former mistress. Mrs. Gilbey would never knock anything off a table. Annie eyes the naked figurine on the floor. It is lying face down on the rug. Should she go over and pick it up? The curve of its back looks like a small, white wing.

“Suit yourself.” Isabelle strides across the room to the window, strides back again. Her dress makes a breeze. Her tall body carving cleanly through the still air. Her quick movements unnerve Annie. She has not expected Mrs. Dashell to be as young as this—middle-thirties—and so full of energy. Her dark hair is pulled back, secured untidily in a knot with what look to Annie like hat-pins. It is as though Mrs. Dashell has done her own hair, and done it by grasping it with one hand and stabbing it into submission with the other. “You’ve come from London?” Isabelle asks, as she strides back towards the window. “Remind me.”

“Yes, ma’am. Portman Square. I worked for a Mrs. Gilbey there.”

“And why did you leave her employ?”

Isabelle stops pacing, stands in front of Annie, and, for the first time, really looks at her. She sees a dark-haired, scared-looking girl of perhaps twenty, in a worn-out grey dress. Her skin still milky with youth. “I’m sorry,” she says. She feels exhausted by having to conduct this interview, each useless question she utters wrests precious strength from her body. “It’s just that I don’t like my day’s work to be interrupted.”

“But”—Annie waves her evidence of newspaper and letter—“you wanted me to come today. Now. After the noon meal.”

“Did I?” Isabelle glances out the window, where her real life is waiting for her return. “How can I be expected to remember what I wanted.” She turns back to Annie. “What’s your name?”

Annie hesitates. In the newspaper she holds in her hand are hundreds of advertisements for servants of all types. Some of the notices ask for “No crinolines,” because the popular dress style takes up too much space in a room and interferes with a maid’s ability to light a fire and sweep out a hearth. Many of the ads specify “No Irish.”

“Yes and no,” she says finally.

“And what does that mean?” Isabelle feels impatience rising in her again. She doesn’t sound Irish at all. In fact, she speaks surprisingly well for a servant.

This is not like
Jane Eyre,
Annie thinks. When Jane first arrived at Thornfield Hall she was welcomed by Mrs. Fairfax in a very generous and hospitable way. Mrs. Fairfax wasn’t impatient and snappy. Mrs. Fairfax sat knitting by the fire, a cat curled contentedly at her feet. Jane was treated like a visitor. Jane was offered a sandwich.

“What?” says Isabelle again, waving her hand. Annie is shocked to see that her fingers are all stained a hideous black.

Annie closes her eyes for an instant and tries to pretend that the sharp features of Mrs. Dashell are really the soft, kind features of Mrs. Fairfax. “Born Irish. Raised English,” she says slowly. “My family died in the hunger. My parents. My brothers. I was given to the Cullens, who were making the passage over here. They took me because I was small enough to carry, but couldn’t keep me because they had children of their own. So they left me in a workhouse and Mrs. Gilbey took me from there when I was nine years old.” Annie takes a deep breath. It is the most she has said in days.