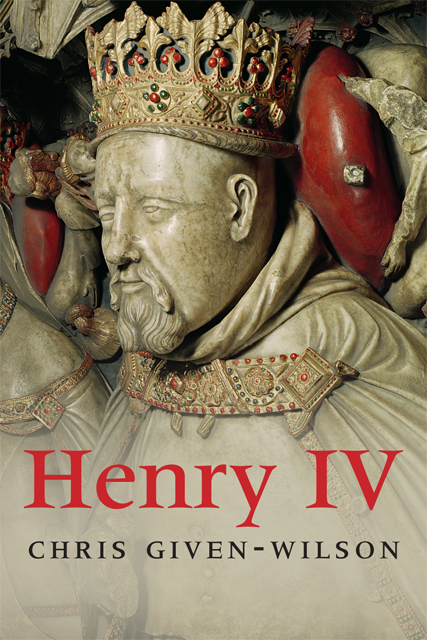 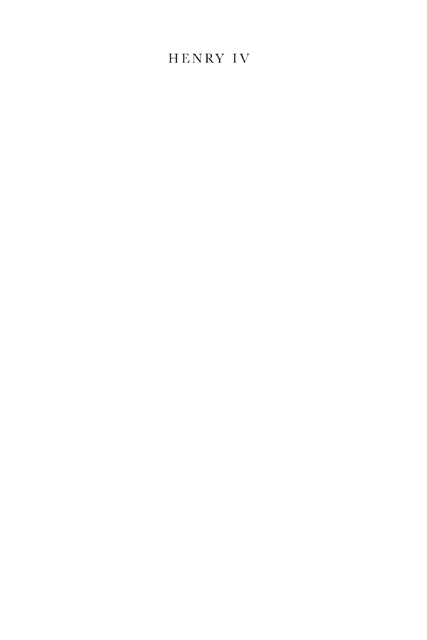 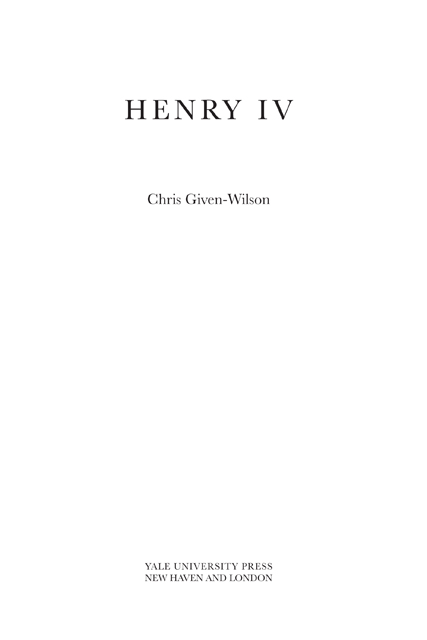 All rights reserved. This book may not be reproduced in whole or in part, in any form (beyond that copying permitted by Sections 107 and 108 of the U.S. Copyright Law and except by reviewers for the public press) without written permission from the publishers.

For information about this and other Yale University Press publications, please contact:

For Alice and all our family

25
The King and his Image

27
The Royal Affinity and Parliamentary Politics

1.
Alabaster effigy of Henry IV on his tomb in Canterbury Cathedral, commissioned by his widow,
c.
1425. Photo: author.

5.
The keep of Warkworth castle, Northumberland, built by the earl of Northumberland at the end of the fourteenth century. Photo: author.

8.
John Bradmore's description of his cure of the prince of Wales after the battle of Shrewsbury in July 1403. British Library Ms Sloane 2,272, fo. 137r. Copyright © The British Library Board.

9.
a and b. (a) Statue of John of Gaunt, the Gatehouse, Lancaster castle, Lancashire. Photo: author; (b) the gatehouse of Lancaster castle, the construction of which was begun on Henry IV's orders in 1399 and completed under Henry V. Photo: Alice Curteis.

14.
Petitions to the king: from Robert Hallum, archdeacon of Canterbury; Sir Matthew Gournay; and Garcius Arnald of Salins in Guyenne. British Library Add. Ms. 19,398, fo. 23. Copyright © The British Library Board.

15.
The Chapel in the Crag, Knaresborough, North Yorkshire, carved by John the Mason in thanksgiving for his young son being miraculously saved from falling rock. Henry IV granted permission for the shrine in 1407. Photo: author

17.
a and b. (a) Battlefield Chapel, near Shrewsbury, dedicated to St Mary Magdalene and founded by Henry IV,
c.
1409, on the site of the battle of Shrewsbury; (b) statue of Henry IV on the east gable of the Chapel. Photos: author. 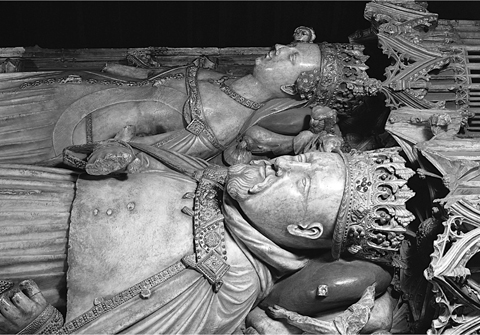 1 Henry IV, alabaster effigy on his tomb in Canterbury Cathedral, commissioned by his widow in circa 1425. Joan of Navarre&s effigy was added after her death in 1437. 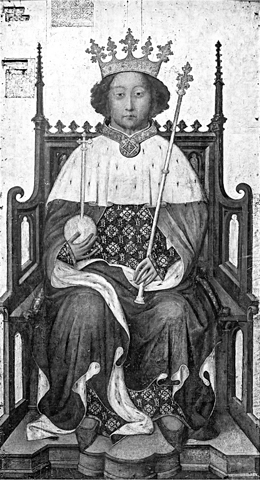 2 Richard II, the ‘Coronation Portrait’, Westminster Abbey, shows him in full regal attire with crown orb, sceptre, robes and slippers. Although commissioned
c
.1395, it presents a youthful Richard, perhaps intended to suggest his appearance at his coronation in 1377. 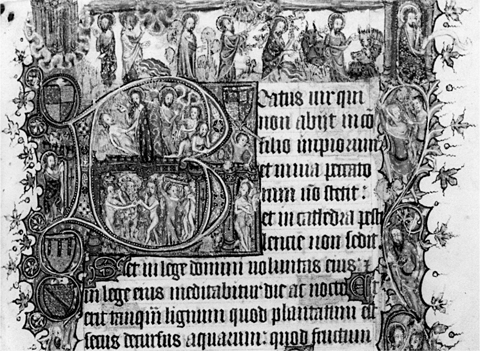