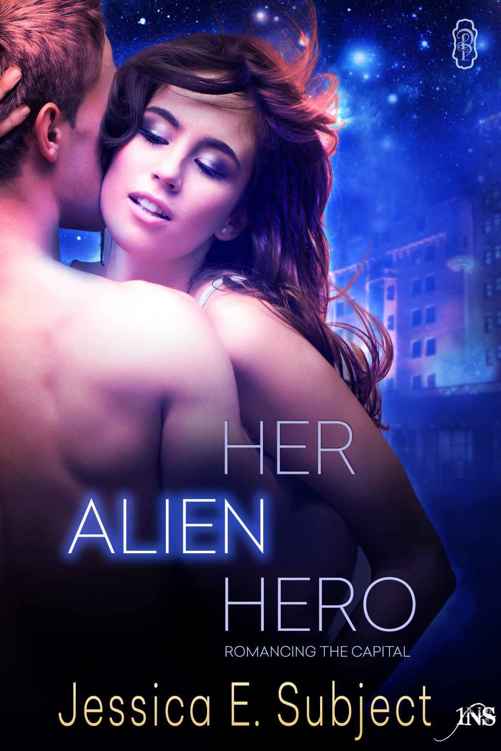 The unauthorized reproduction or distribution of a copyrighted work is illegal. Criminal copyright infringement, including infringement without monetary gain, is investigated by the FBI and is punishable by fines and federal imprisonment.

Flirting with Fire by Tara Quan

The Vampire’s Hourglass by Shayne Leighton

A Class Act by Leigh Ellwood

Fireworks at Midnight by Tara Quan

For Ruby’s Love by Starla Kaye

Lily in Chains by Kate Richards

The Bodyguard and the Dom by T.L. Reeve

Pursuing Their Fantasies by Kayleigh Malcolm

Beneath the Starry Sky

Another Night, Another Planet

The Power of Three

To Kate and Valerie for making the 1Night Stand stories so much fun to write. And to Rebecca Royce for starting me with this series in the first place.

Melinda Rose tossed a quarter into the gleaming-white marble fountain near the porte cochère.
I wish to find my soul mate, the man I’m going to marry, in the next year
. She’d waited long enough, dated men of all ages and races, but had yet to come across her forever man.

Her friends leaned forward and stared at her, Michelle bobbing her head up and down as if waiting for her to say something.

Tara bumped Melinda’s hip, almost knocking her into Michelle. “So…? What did you wish for?”

“A billion dollars.” No way would she tell them all she wanted was a guy to settle down with. According to her online friends, she reigned as queen of single women, the one who tossed men away like she held her own “guy card” and then wrote books about them the way composers wrote music about their relationships.

She could tell when a man wanted her for nothing but sex. They offered effusive compliments, and sneaked quick peeks at other women in case someone younger or skinnier came along. Often, she didn’t object to a night or two of raw, dirty sex—her stories needed some fresh inspiration—but she grew tired of the game. How long did she have to wait to locate her future husband, her very own hero? At thirty-five, she hadn’t even had a nibble on her line, not a single relationship with any promise. Yet, a couple of her friends already enjoyed life with their second and third husbands. She only asked for one.

“So you can travel the world and sleep with a man from every country?” Amber’s eyes lit up at the thought, the poor thing having lost her husband in a motorcycle accident less than a year before.

Melinda cringed inside. She didn’t want to be the friend her peers lived their fantasies vicariously through. Why couldn’t she unearth a guy to spend the rest of her life with? “Sure. I’ll definitely have to stock up on condoms before I go on that trip.” Though, if her wish came true, she could bring a man,
the man
, with her. She just had to stumble upon him first.

Sabrina, Tara, Michelle, and Lauren all tossed coins into the fountain. What wishes did they make? As a child, Melinda never would have guessed she’d be sharing her hopes and dreams with readers in stories. If only one of them would come true.

Melinda shrugged off her woes, ready to enjoy her first romance conference of the year. “Okay, are we all ready to check in?” Though, after driving four hours to meet her friends, some she’d never met except online, she yearned for the chance to crash on her bed for a few minutes of rest before the event began.

“Yes! Let’s get this party started!” Sabrina sashayed through the entrance of the hotel as if leading a parade. Thank goodness she’d roomed with Lauren again. Melinda didn’t know if she could handle Sabrina’s excess energy for an entire weekend. Sure, she enjoyed the social aspects of conferences, meeting readers in person as well as other authors she’d connected with online and connecting with new ones, too, but she liked her downtime.

At the check-in desk, Lauren—her ideal roommate and closest friend in the industry—sidled up beside her. “You ready for another?”

Melinda nodded, filled with a sudden excitement. “Always.” She’d met Lauren online through another author five years earlier, and while they lived hours away from each other, Melinda tried to meet up with her at least once a year at a conference.

After presenting her credit card, Melinda received key cards, passed one to Lauren, and headed toward the conference registration table, leaving her friends with their multitude of suitcases behind. She’d left her own in the car until she took care of all the registration details—the advantage of a con so close to home. After returning the valet cart to the lobby, she walked into her room and saw Lauren already rooting through her goodie bag on the other bed. Melinda removed her shoes and hung up her coat in the closet, already half-full with her roommate’s stuff.

“Hey, have you heard of 1Night Stand?” Lauren pointed to her laptop. “It’s a dating service run by someone named Madame Eve. I hear several authors attending the conference have dates using them this weekend.”

Lauren shrugged. “Makes sense, though. Everyone here believes in soul mates and happily-ever-afters, right? Want to sign up?”

“Wait, what?” Lauren knew the type of guy she wanted and had been there to commiserate with Melinda through all her bad experiences with matchmaking sites in the past.

“No.” Melinda shook her head with vigor. “No way. I’ve had enough one-night stands in my life. You know that. I don’t need or want another. Ever.” She flopped back on the bed, trying to forget the sting of rejection at being kicked out of a warm bed at three o’clock in the morning and making the walk of shame to her car, or waking up alone. Worse yet, the guy who woke up beside her and didn’t even remember her name. She was done with it all. Done.

“But this is different.” Her friend tossed the paper at her. “It’s more like a blind date. The owner of the company chooses the guy you’ll go out with. No profiles to look at and no obscene messages from creeps.”

“Sounds too good to be true, if you ask me.” She’d been burned too many times trying new ways to meet men.

“Read the testimonials. From couples still together, many of them married shortly after their date.”

Melinda rolled her eyes. “Okay, so she got a few right, but how many mismatches did this woman make along the way? How many of her clients will tell you they ended up with an asshole? I don’t want to be an
Oops, I got it wrong
case.”

“C’mon, Mel, take a chance. I swear, if you don’t do this, I’ll do it for you. I’ve already started filling out my own application. I’m going to do yours next.”

With a sigh, Melinda read the testimonials on Lauren’s screen then reached down to grab her laptop case. Too good to be true, maybe, but Madame Eve did have a high success rate and had set up some very high-profile couples. “Fine, I’ll do it.” Besides, if she refused, Lauren would sign her up. She noted the cost of a 1Night Stand and didn’t want to be someone’s charity case, no matter how close they were.

Filling in the never-ending online form, she told almost truths, though she may have left a few pounds off her weight. And her height may have included her high heels. When asked to describe her ideal man, she paused. In every story she wrote, her hero came from outer space, as she didn’t believe any good single men still existed on Earth. Women who already knew what they wanted in life had snatched them up in their twenties without exception. If only she’d been ready to get hitched at that age.

A sexy, hard-working man from another planet.

There!
Let Madame Eve find her a man who fit her bizarre description. She tabbed to the next question before she could delete her words.

Melinda rushed through the rest of the questions and submitted her application. She glanced over at Lauren. “You done yet?”

“Yep.” Her friend bounced on the bed, releasing a high-pitched squeal. “I can’t wait to meet the guy Madame Eve sets me up with.”

“Me, too,” she lied. Though she had no doubt extraterrestrials existed somewhere in the wide expanse of the universe, they didn’t live on Earth and, therefore, could not be found for a 1Night Stand. Especially at such short notice. Her application would be rejected, leaving her worry free about another blind date. No money out of her pocket, and Lauren wouldn’t be hounding her all weekend about applying.

Melinda’s email tab blinked to show a new message. Her stomach rolled when she read the sender. She clicked over and opened an email from the owner of the matchmaking service. “I got a confirmation of receipt. Did you?”

Lauren sighed. “Yes. I thought she had arranged a date for me already, but I guess I was hoping for a lot, eh?”

“Considering she probably has several applications come in each day with all of those high-profile testimonials, I doubt we’ll hear anything until after the weekend.” Hopefully never, in her case.

While logged in, Melinda checked the rest of her inbox, deleting row after row of unimportant emails, nothing to take her mind off the numerous possible creeps she might be set up with. If, in fact, the woman found her a date. Maybe Madame Eve would set her up with a man who believed he came from another planet, one obsessed with space, the kind of guy her parents thought she wanted. They’d sweetly bought her a ticket for Fan Expo in Toronto last August, encouraging her to meet one. Epic fail. Dressed as Agent Carter, she’d had a guy claiming to be Captain America, wearing a beer case around his chest, stalk her the entire day.

In her other social media, a fan had mentioned being excited to meet her, a big squee in front with plenty of exclamation points. Such messages brightened her mood. Reader excitement fed her own and kept her muse’s ego soothed. She sent a quick reply.
@LindaReads Looking forward to meeting you. I’ll be a Mad Hatter tonight. Be sure to find me
. About to log off, Melinda noticed another message appear in her inbox. From Madame Eve again.

“Hey, did you receive a second confirmation?”

Lauren turned toward her, the side of her face scrunched in confusion. “No, did you?”

“I…I think so. Maybe.” Though the subjects were different.
Your 1Night Stand
the subject of the second said rather than
Confirmation of receipt of 1Night Stand application
.